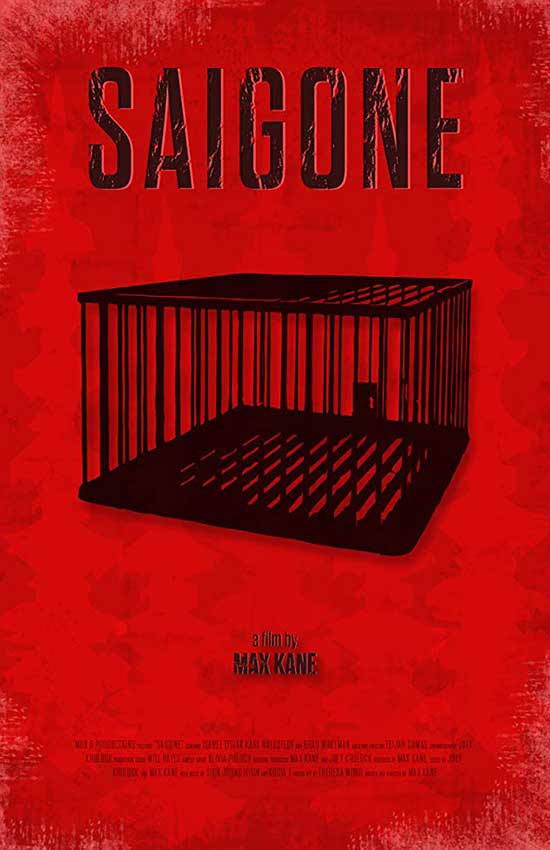 A girl wakes up in the woods.

Our story opens on a young girl (Izzy Lysiak) waking up in the woods. Well, not exactly the woods. She’s actually in a dog kennel by a trailer in the woods. She isn’t alone, though. In the next kennel is a young man (Karl Hoegstedt) who has obviously been there a while.

The girl has no idea what the heck is going on, or how she got here but is determined to leave. The boy tries to warn her not to act up, because “he hears everything”.

He is their captor (Brad Wakeman), an odd man living in the trailer who dances to old school K-Pop and feeds them dog food. He also likes to make them dance and beat them on occasion.  No idea what his motivation is. He never says why they are they are, or what his endgame is.

The events are laid out for us, and we watch it happen, but there is simply no exposition for why the events are happening. Which, actually, is kind of ok. It leaves the viewer to create theories about who the captor is and why he’s doing this. Essentially, the story is very open-ended and lets you decide what you’re looking at.

I really liked the simplicity of the whole film. From the sets to the effects to the quirks of each character, it’s a great example of DIY filmmaking.