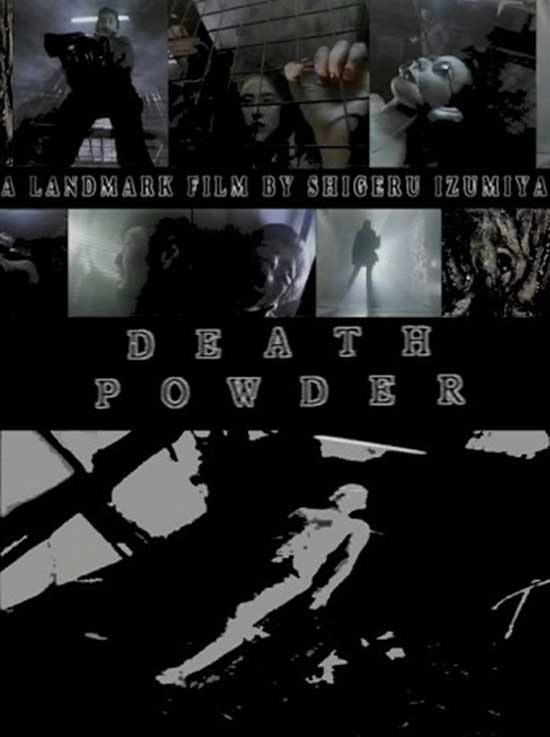 Two people, a man and a woman enters a warehouse that will change their life and minds forever.

Over the years I have seen my fair share of weird films and avant-garde cinema. I can even consider myself a fan of such filmmakers as Kenneth Anger and Shinya Tsukamoto, both of whose film catalogues are filled with rather unconventional cinematic pieces. However, I can honestly say that Death Powder is quite possibly one the weirdest, if not the weirdest film I’ve ever seen.

Directed by Japanese poet/folk singer Shigeru Izumiya, Death Powder is considered to be precursor of the Japanese cyberpunk sub-genre and it is certainly easy to see why. The elements of body horror and gloomy dystopian realms are prevalent part of the film and together with the chaotic cinematic style, they encapsulate a lot of that atmosphere that is familiar from works of Tsukamoto or Yoshihiro Nishimura. However, when it comes to storytelling, Death Powder is a different kind of beast. While in the heart of the film there is a story, it is one that is incredibly hard, if not almost impossible to follow. 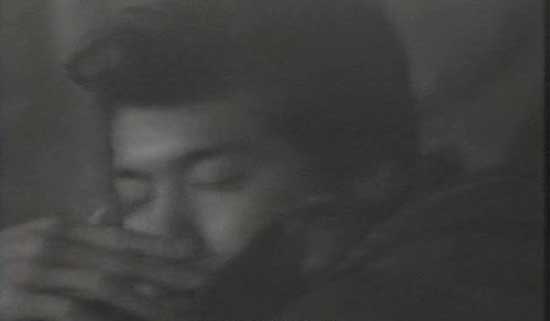 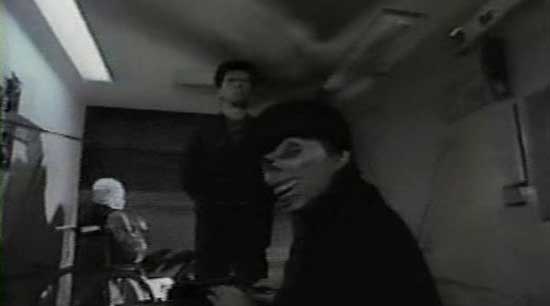 This is not helped by the fact that only about quarter of the dialogue is actually translated in English. That being said, it should be mentioned that dialogue plays very minor role in the 62 minutes of the films running time and I have distinct feeling that even a full translation would not make Death Powder any easier to follow. And of course, that is not really point either. It is not a film driven by story, but image. To try to coax out a cohesive plotline is like banging your head against the wall; a completely fruitless endeavour. Instead it’s easier to let the chaos reign and the bizarre imagery take you away.

From the first few scenes you might get the feeling that you are in for something halfway sensible and for the first 15 minutes or so, I for one certainly tried to keep up with what was happening. Soon after though, I had to admit my defeat. The film jumps from more traditional type of film material to a random music video, to completely abstract video montage and back again and does it so in such pace that it will leave you breathless. A few more viewings of Death Powder would possibly help in making more sense of it, but I will quite happily leave that pleasure to other cinema fans, as one viewing was quite enough for me. That is not to say that I didn’t enjoy it, but simply means that I freely admit this film being completely over my head. I do believe my 18-month-old toddler might have even gotten more enjoyment out of it than me. He certainly followed the furious imagery with great intent and tried to point out some “doggies” for me (although neither me nor my husband saw any). 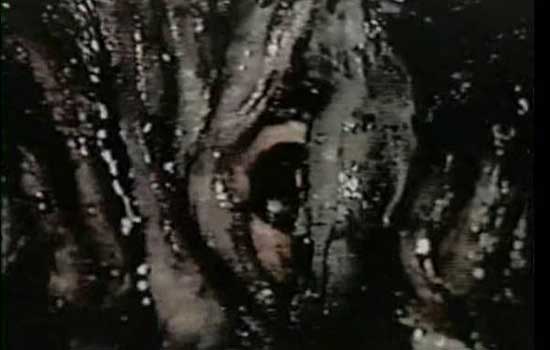 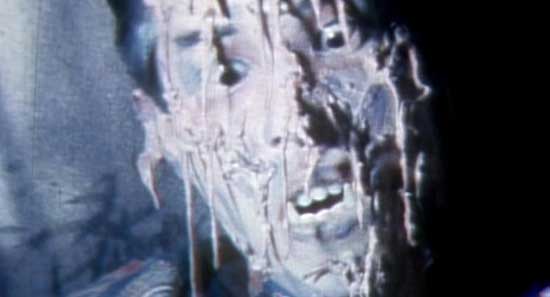 Some of the most enjoyable parts of the film are of course it’s visuals. For me personally the best parts were not so much the chaotic camera work but rather the montages collected of still images and weird visual effects. It felt almost easier to try to find meaning behind these images than the hectic film material. Or, as stated before, not try to make any sense of any of it, but just enjoy the images and let the smooth saxophone music take you away (yes, there really is a very eighties saxophone solo here). I will say that Death Powder could certainly benefit from some level of remastering, and a cleaner version of this film would be something I would be interested in seeing. It does of course beg the questing whether the smutty atmosphere would suffer from such endeavours and possibly change the film somewhat, but I for one think something so purely visual deserves a little clean up. 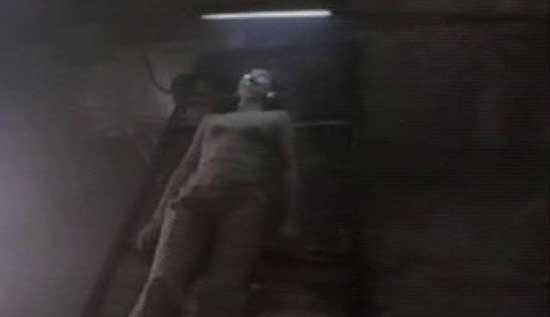 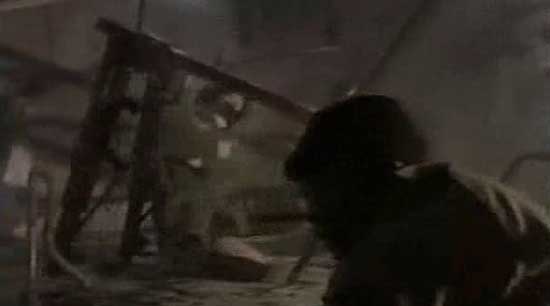 Fans of Japanese cyberpunk might indeed find this an interesting watch. Even if like me, you cannot make head or tale of it, you can still appreciate the influence it clearly has had on the genre. Equally fans of avant-garde and the truly bizarre might get a kick out of this. It certainly delivers on those fronts. Like one the character in the completely random music video segment states “ Don’t worry. Everything is alright. Just pretend like you understand what’s going on”.