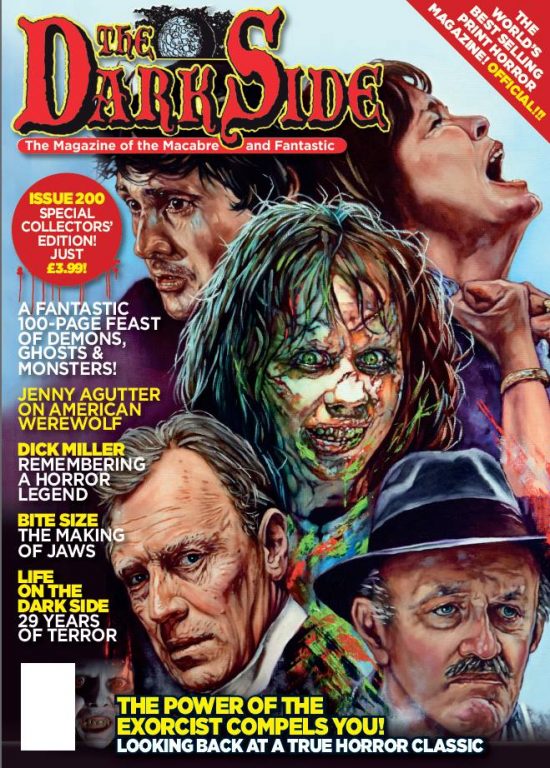 The Dark Side, subtitled as The Magazine of the Macabre and Fantastic, has hit 200 issues and is officially the world’s best selling print horror magazine. That’s an amazing feat for the title, even with a distinct lack of real competition out there at present. Editor Allan Bryce has been with the Dark Side since its inception about a million years ago (well, in 1990 anyway), and has seen it through ups, downs and even a period of inactivity.

Yet since bringing the magazine back to life a few years ago and continuing the numbering where the original run left off, Bryce has watched the Dark Side not only flourish but positively explode. The magazine has a wide appeal, albeit a wide appeal with a bias for mainly classic horror with tastes of current fare, and it is that old-school audience foundation that has helped to continuously increase the sales of the magazine since its return.

The mix of nostalgia, fascinating insight into the building blocks of the genre and interviews with cult and up and coming film-makers alike makes fr a heady blend for horror fans in need of serious nourishment. Many of the features are written with near academic precision and levels of research, the team of writers offering one of the truest examples of film journalism I’ve read in many years. This isn’t a magazine that skims over things in favour of soundbytes – the Dark Side gets into the details, the nuts and bolts, the real story behind our favourite scares. The 200th issue is a 100 page beast of a special edition, yet still retails at just £3.99 on its home ground in the UK. 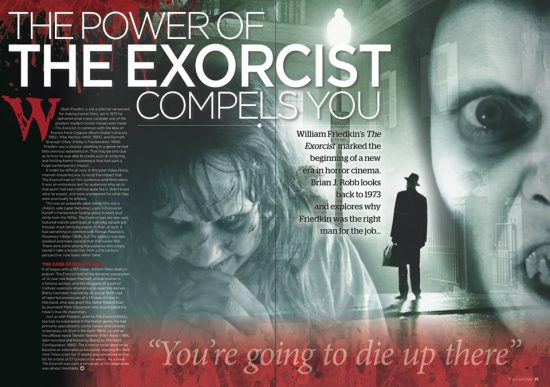 Amongst the attractions in this landmark issue are an extensive look at the power of The Exorcist, an interview on American Werewolf in London with Jenny Agutter, a tribute piece to Dick Miller, the making of Jaws, a look back at 29 years of the magazine and lots more. Thankfully regular features and the excellent (and exhaustive) DVD reviews section are still present and correct.

So what keeps people picking up the Dark Side in an age when magazines are closing and the majority of film news is consumed digitally? The Dark Side scratches an itch for many readers who want a physical publication (although a digital version is available), and readers who want content which has an edge of the familiar as well as an edge of the unexpected. Above all, the Dark Side continues to offer an essential feast of genre content that doesn’t talk down to its readers. Long may it continue.

Visit the Dark Side online!