A blind sculpter and his mother kidnap a young model.

Môjû, or Blind Beast is a 1969 horror drama directed by Yasuzo Masumura and based on a novel by the Japanese mystery writer Edogawa Ranpo. It’s a captivating portrayal of a passionate, yet utterly deranged love affair; a love affair that begins from a very dark place and continues to spiral down to complete insanity. It’s strange, beautiful and thoroughly enchanting watch.

“People pity the blind, what a big mistake. I pity those who have sight. They can never know the tactile ecstasy of our caresses.” So proclaims Mako Midori as Aki, the young model that has been kidnapped by the blind sculptor Michio (played by Eiji Funakoshi), a man obsessed with her body.  But the story of the two lovers does not start with such passion. Indeed, it starts with Michio ruthlessly kidnapping Aki and her, naturally, resenting and fearing him for it. While Michio tries to explain his artistic mission to the terrified Aki, she has nothing but contempt for him.

Even when he states that he is willing to let her go as long as she agrees to model for him, Aki is unwilling to cooperate. Instead she hatches a plan involving her seducing Michio and that ultimately leads him to kill his own mother. After this horrific act, the bizarre love story between the two truly begins. Michio drags Aki back to his studio and rapes her, but unlike one would expect, this does not make Aki even more resilient to escape. Instead she gives in to her already developing Stockholm Syndrome and surrenders herself and her body to Michio. She even starts to go blind as a result of her new-found obsession, making the pairs sexual experiments that much more intense. As time goes on, mere sex isn’t enough and traditional acts of love are replaced first by biting, scratching and whipping, then by cutting and eventually by the “ultimate ecstasy”, death.

All of this is enough to make Blind Beast sound like fairly extreme exploitation piece, or at very least, a pretty sleazy bit of sexploitation. However, it is neither. Instead what you get is an artistic psychodrama about obsession and sado-erotic love. While the subject matter might be somewhat controversial, Blind Beast manages not to revel in the more depraved and violent elements of the story.  No real violence, sexual or otherwise, is ever really shown, but most of the more graphic content is left purely to the viewers imagination. Even the rather questionable way that Aki becomes to love her captor is something that Masumura has succeeded in portraying as almost romantic; a kind of a twisted version of Beauty and the Beast. Aki’s possible sexual preferences are hinted at from the very first scene; as Aki sees the blind Michio caress the statue of her, she can feel his hands on her body, hinting at a deep connection between the two from the very start. In the next scene, Aki states to Michio masquerading as a masseur: “Give it some muscle. I like it hard. If it doesn’t hurt, it doesn’t satisfy me”, a statement that becomes pretty self-explanatory as the film goes on and makes her transition from a victim to a willing participant a little more understandable.

However, perhaps the most remarkable thing of all is the way Masumura (and of course, Eiji Funakoshi) has managed to portray Michio, the deranged kidnapper, as someone the audience can sympathize with. The story might not start with the audience’s sympathies being on his side, but as more you learn about him and more the relationship between him and Aki develops, more you get to see him as a vulnerable and misunderstood, rather than an out-and-out monster. A similar metamorphosis is true of Aki as well; in the beginning her character comes across as cold and conceited, but more she gives into her animalistic desires, more likable her character becomes.

Visually Blind Beast is a pleasure to watch. Even though the story is largely filmed in a very limited set (most of it takes place in Michio’s warehouse-turned studio), it doesn’t get in the way of interesting visuals. To start off with, the studio space created is truly marvelous; with various different sculpted body parts reaching out of the walls and the center of the room being dominated with two gigantic nude studies of the female body, it’s a set like no other.

The psychedelic, otherworldly realm Aki all of the sudden find herself in, is the perfect backdrop for this outlandish love story.  Setsuo Kobayashi has managed to do a very creditable job with the cinematography, despite the finite space available. An especially noteworthy scene plays out in the very beginning of the film, where Aki has just woken up in her new prison. Blindly she stumbles about the room, feeling her way around while Michio explains what has happened. It takes a little while to realize that this scene is supposed to be taking place in complete darkness, but instead of resorting to murky, unclear imagery, Masumura and Kobayashi have made the decision to show the set in all it’s glory and given the actors the task to act out the scene as they were shuffling around a dark room. It works as wonderful introduction to the miniature universe that the whole story will take place in.

While compared to today’s standards, Blind Beast might seem quite tame and some of the elements of the films might come across as somewhat comical, it’s still one of the most stylish fetish films out there. It’s horrific, yet endearing at the same time. It pushed boundaries, but does it in such a way that will not leave you feeling anxious or uneasy. Instead it bewitches you with it’s beautiful visuals, intriguing storyline and great acting performances, making you want to see it all over again straight away. 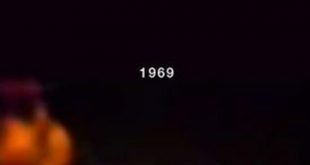