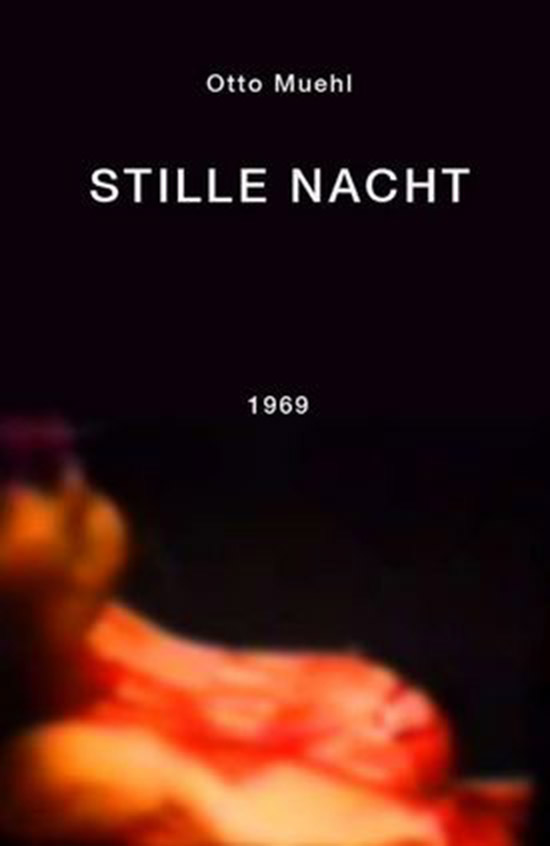 A Materialaktion (an art performance/happening in which objects are used to create an art piece) by Viennese Aktionist Otto Muehl. The setting is a solemn Christmas celebration

Austrian artist and filmmaker Otto Muehl was the co-founder of, and one of the main participants in, the Viennese Actionism “movement” (see also Gunter Brus, Kurt Kren, Hermann Nitsch, and others). He put on “actions” – public performance art pieces that were often shocking and full of nudity and bodily fluids and actions deemed offensive and/or sacrilegious by the masses – and filmed some of them (and had others film some as well; see some of Kurt Kren’s early work). It isn’t only in the world of art and film that Muehl is seen as a polarizing figure, but throughout his whole life. He was a member of the Wehrmacht in WWII, which tends to be frowned upon by most of the world. 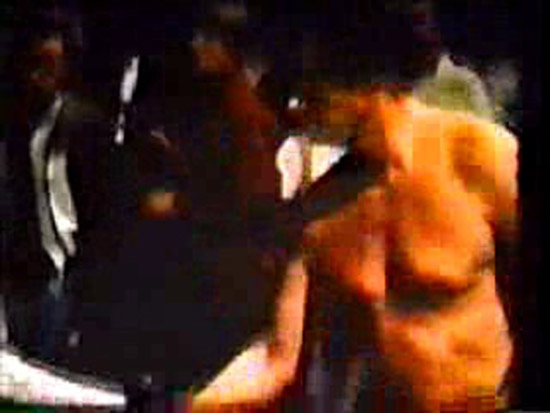 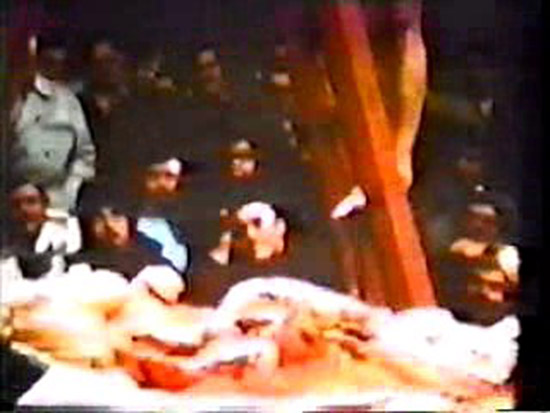 It’s always possible that this wasn’t 100% his choice; the Nazis were often quite persuasive in recruiting soldiers – “join or die” doesn’t leave much wiggle room. Muehl later founded and led the Friedrichshof Commune, which centered around the destruction of the status quo: down with traditional marriage and property ownership, and bring on the free love. The latter seems to have been taken to the extreme, and in 1991, he was sentenced to 7 years in prison for sexual offenses against minors. The “just following orders” line doesn’t work this time around. Oh, but in the middle of all this, for about 3 to 4 years, Muehl was making avant garde films.

Stille Nacht (also known as O Tannebaum) is a short film, approximately 6 minutes long, made by Muehl and company in 1969. This is a piece of film that will provoke all sorts of emotions, and one that virtually insists that the audience be a part of the action. Many of the films of the Viennese Actionist performances are simply the recording of an event and the manipulation of the film, adding music, editing, etc, and Stille Nacht is no different. It is at times off-putting to see the crowd around the edges, not to mention the appearance of the additional camera operators. The point of view that we, the film’s audience, are given is the same as that of someone on the outer ring of a mosh pit or an observer to a surgery: we know there are others around us, and we know that for the most part we are safe where we are, but we can’t help but feel like the whole thing could pull us in at any moment. 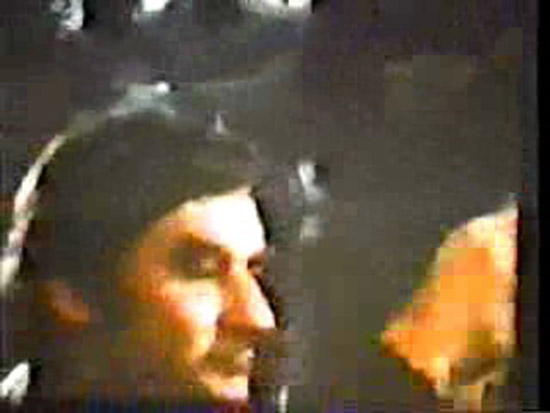 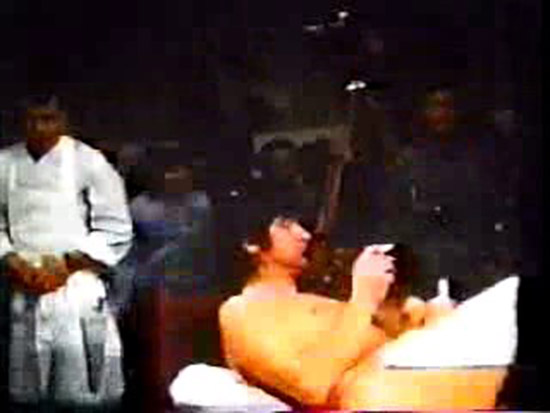 A crowd watches as a man and woman look at a decorated Christmas tree. Soon, this couple is nude and while the woman lays in bed, the man reads something at a microphone before convulsing and falling to the ground. Two more men carry the woman from the bed to the floor, while near her a pig is slaughtered and its blood is poured across her nude body. The animal’s organs are removed and spread across the naked woman, followed by other random bits of something (eggs?) and a bag of flour. A man climbs the ladder we’ve been wondering about since the film started and pisses on the woman. We finish with various shots of the woman as well as the carefully placed piles of blood and guts and dead flesh, each shot presented as a piece of art on exhibit. All of this is played out with the song “Silent Night” over the top of it – no dialogue, no other sounds at all. This is Stille Nacht.

Stille Nacht is kind of disgusting, really. I’m sure the juxtaposition of a classic religious holiday song sung by a choir against golden showers and animal slaughter is metaphorical, symbolic. Perhaps the man and woman are meant to represent Mary and Joseph, which then raises the question of what the pig represents. Or perhaps, as with many of the Actionist performances, the pissing on and coating of a nude woman with fresh pig organs is meant to be a critique of society’s views on sexuality. Art means different things to different people, right? 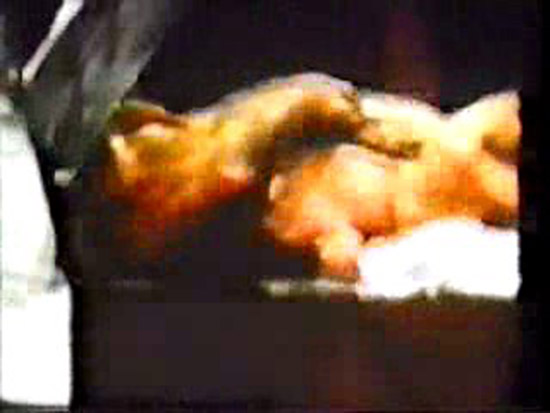 But as far as the overall aesthetic, whereas some of the other avant garde films of the time can take similar material and present it in an artistic way, Muehl’s film (or films, as the couple others I’ve seen take much the same approach), while no doubt having some merit as a work of outsider art, comes across as presenting the grotesque and ugly angle. This will no doubt offend a large majority of any mainstream audience, the ones who are able to “separate the art from the artist” and give any of Muehl’s work a chance to begin with, but for the smaller underground audience, the art fans, it’s probably worth taking a look at for another view of the avant garde/experimental film world.