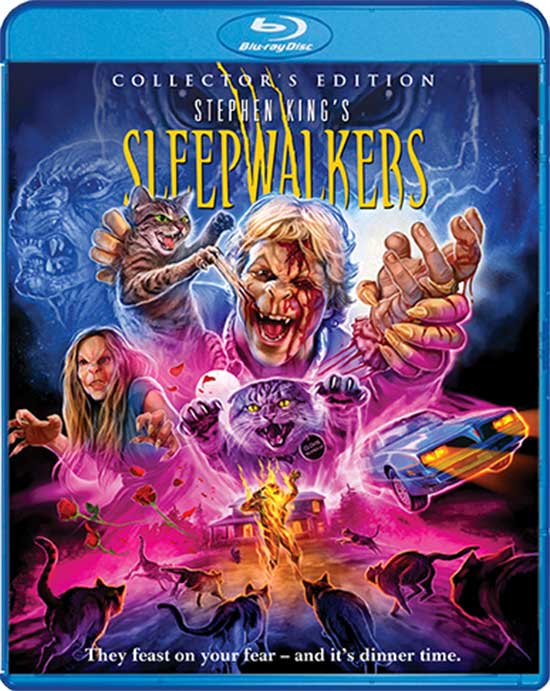 A mother-and-son team of strange supernatural creatures move to a small town to seek out a young virgin to feed on.

Stephen King has gone on record about being addicted to various drugs, especially cocaine and marijuana, during the 80s and 90s. I think one only need look at the movies he was involved with during that time to realize just how stoned he really was. 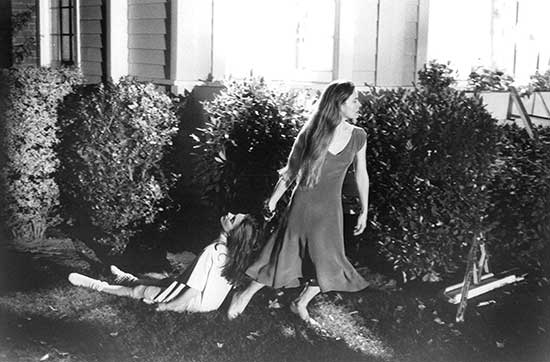 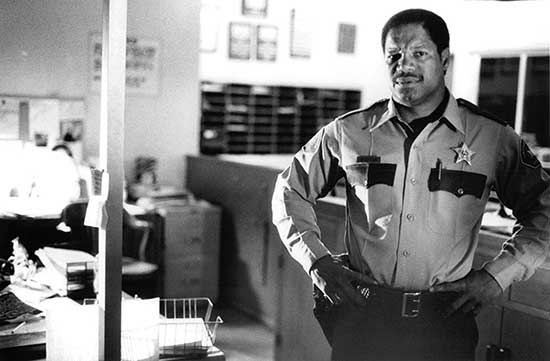 To be honest, I think Stoned King was basically trolling his audience. While his novels lost a bit of their usual depth (“The Tommyknockers” is a bad movie in novel form), the work he did with films is the product of a coke-fueled ego trip. They evidenced little of his ability to slice his way to the heart of the fears of the average person. Instead, they lumbered and crashed while slowly getting further and further from anything having to do with reality.

“I’m gonna scare the Hell out of you!”

Remember that from the unavoidable ads for “Stephen King’s Maximum Overdrive”? But then you actually watched the movie. 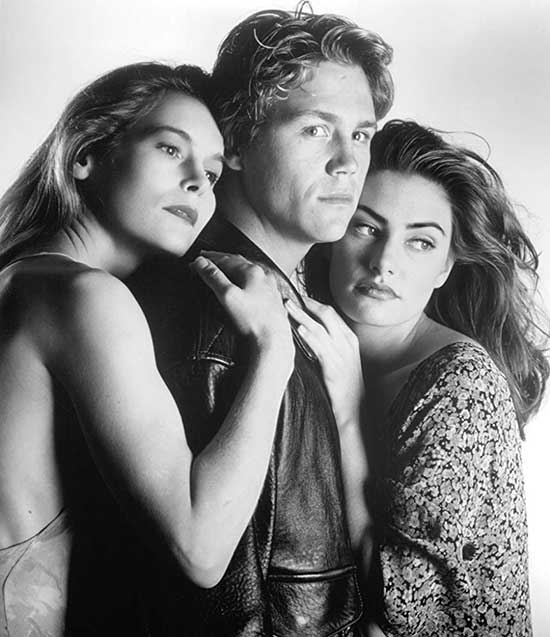 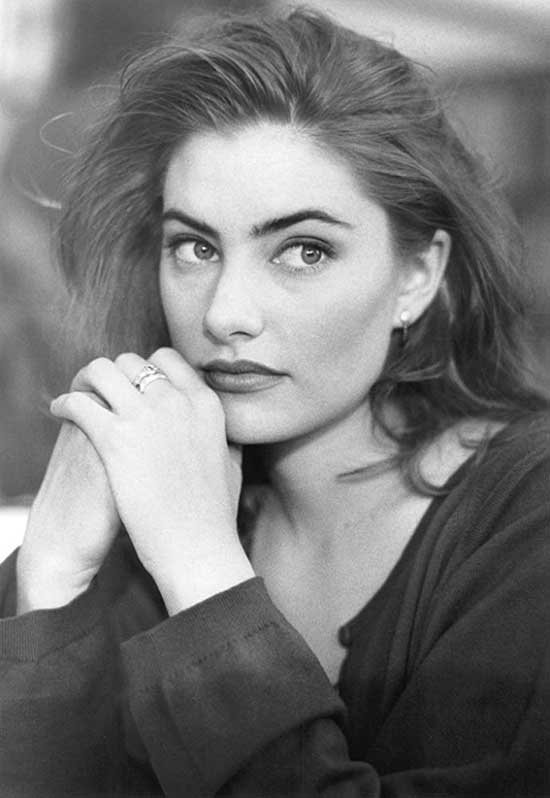 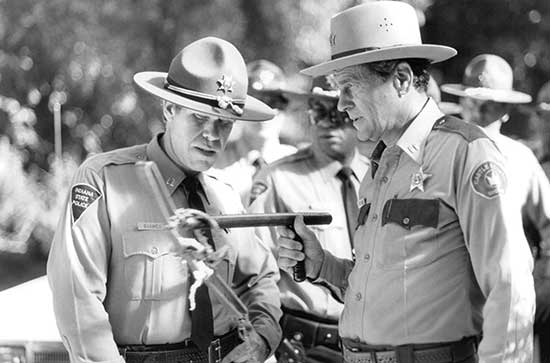 I don’t know about you, but I have ADHD, and even I had trouble following what random butt crack he was pull the plot from on that movie. I do know I lapped it up and giggled like Renfield from Lugosi’s “Dracula”. No scares. Just a lot of King sitting in from of his typewriter thinking, “Ooh, what if I did THIS next? <snort><gulp><inhale> Oh, wow, I could make THAT happen, too!! I’m Stephen King!!!”

“Stephen King’s Sleepwalkers” does not have a semi-truck-sized Green Goblin mask running through half of the scenes, though it could be a bigger comic raspberry blown at us by Mr. King than the film he directed.

Start with the premise of “Sleepwalkers”: Mutated cat-like, shapeshifting creatures are on the run because they drain the life force from young virgins so they can survive. Oh, and – um – cats HATE them, and a dose of cat-scratch fever will kill these monsters. Does any of that make real sense? Cat-things hated and hunted by cats? Nope? I have to assume Mr. King as nipping his NyQuil when he pieced this together, and he was probably pretty smug about his brilliant idea. (King has admitted to drinking NyQuil to get a buzz, so I’m not just being mean.)

Nonsense wasn’t enough for the famous and rich writer. “What if these two ‘Sleepwalkers’ are mother and son? Ooh, then I’ll have them sleep together. Why? I’m Stephen King; that’s why!” Maybe purity of the race? Nah, most likely just an attempt to make the audience cringe. Although, Alice Krige is so stunning that I can almost excuse the incest. Almost. 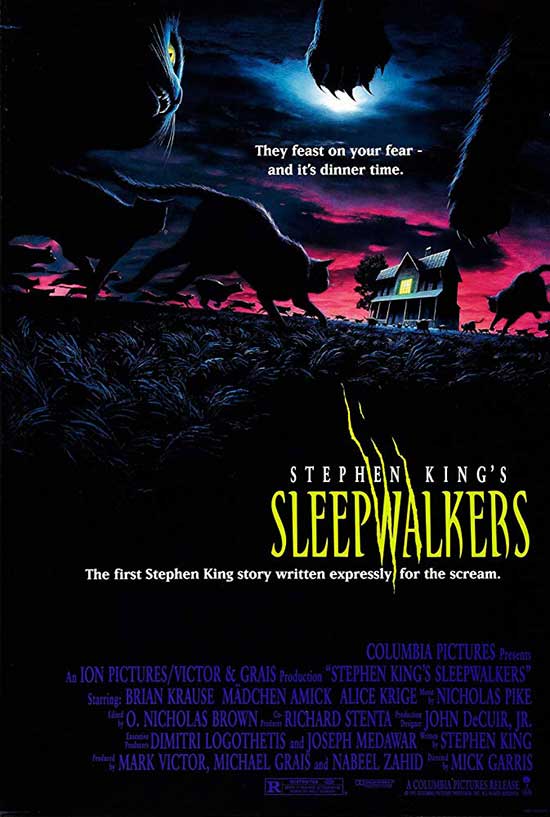 Not only do we get “crazy” for our premise, then King decided that character development would just get in the way of throwing literary pasta at the screen to see what sticks. Sure, we see the male were-kitty play like the “nice boy next door” (NBND, for shorthand). Didn’t the movie start with Mark Hamill (yes, that’s him under the moustache) and other cops looking at dozens of mutilated cat bodies and the desiccated husk of a young girl? Didn’t we already hear the family affair pair talking about how they both need to feed on a virgin girl’s life? He’s a freaking monster, and so is his mom. No character arc there. When they go after the target girl, there is no question of “Will they or won’t they?”

The victim girl just wants to go out with the pretty blond boy with a bitchin’ ride until she realizes he wants to do unholy things to her. That is not character development; that is a mere revelation. If they had found a way to lower the pitch of Madchen Amick’s voice, I might have considered that as character growth, but no dice.

Admittedly this next bit is probably more on director Mick Garris’ head, but Stephen King had final say on most things in this film, so I’ll continue to blame him. You have a number of cameos that are so oddly staged that they would pull your focus out of the movie even if you did not recognize the faces of Tobe Hooper, Joe Dante, Clive Barker (whose accent REALLY stands out), and, because everyone else includes him, John Landis. It is actually a highlight of the film if you are a film fanatic. 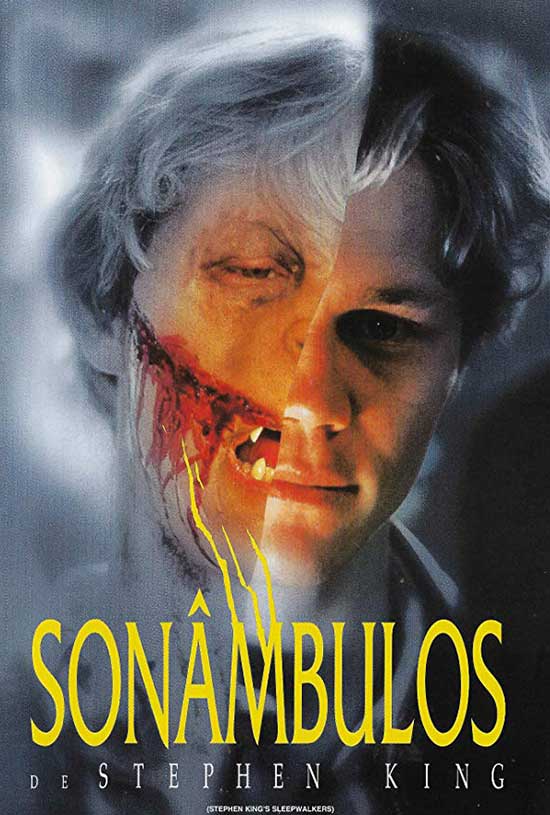 None of the above elements belong in any film, and definitely not in the same film. Still, you can’t help but like the silly mess. You have three very pretty people playing the lead roles. The story is so loopy that you find yourself just nodding your head at every stupid thing it does. And, come on, who doesn’t want the ability to hide your car from the cops in plain sight? You get cheap special effects, a touch of blood, a bit of screaming, and lots and lots of kitties looking confused. What more do you need for a date with a big bottle of sour mash and your couch? 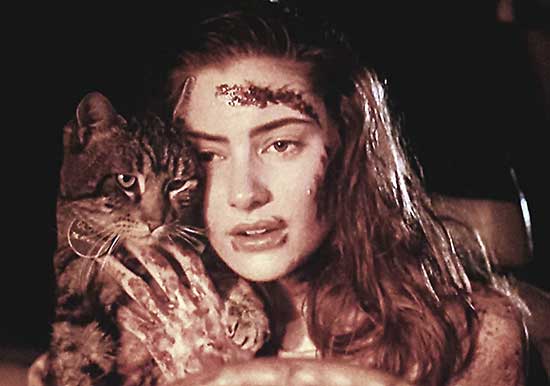 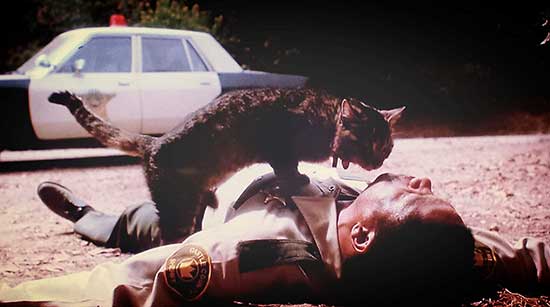 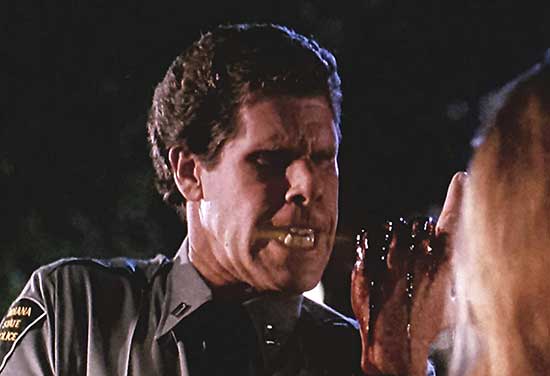 Bottom line, it is fun to watch, but do not expect any of Stephen King’s finer writing to grace this film at any point. As long as you expect nothing, you may end up enjoying yourself.

(Just a side note, I admit to taking Stephen King to task in this review, but I have been a fan of his since “Carrie” hit paperback back in 1975. He has fought hard to overcome and resist his addictions, and his work and output of said work has improved massively. Still, even he admits that “Maximum Overdrive” is best avoided.)

Sleepwalkers is now available on Bluray per Shout Factory