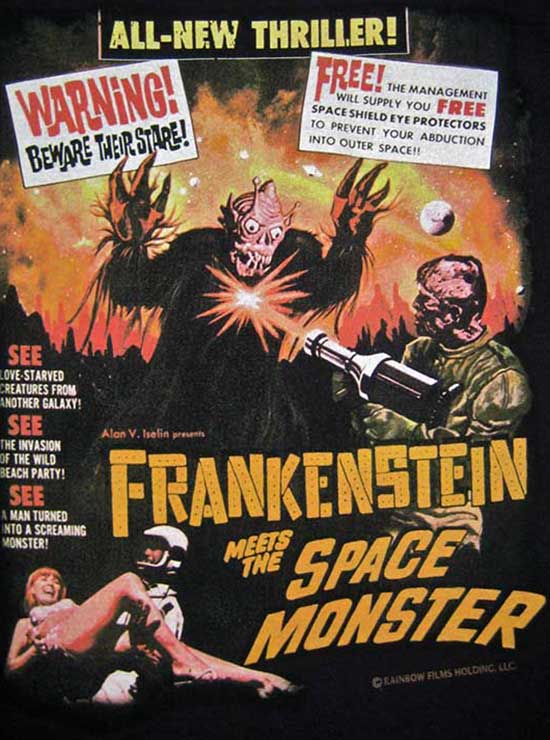 When an atomic war on Mars destroys the planet’s women, it’s up to Martian Princess Marcuzan and her right-hand man Dr. Nadir to travel to earth and kidnap women for new breeding stock. Landing in Puerto Rico, they shoot down a NASA space capsule manned by an android. With his electronic brain damaged, the android terrorizes the island while the Martians raid beaches and pool parties.

When looking at the title of this movie, it’s easy to think that it might be similar to moves like Frankenstein Meets the Wolfman, where you see classic literary monsters popularized in the movies face off against each other. The thing is that the movies at least have the characters mentioned in the title in the movie. Apparently, someone didn’t think that was necessary for this particular film. Granted, a space monster is involved at some point. However, neither Frankenstein nor his infamous creature makes an appearance here. 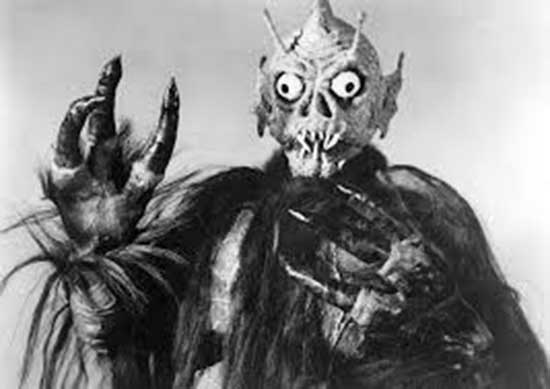 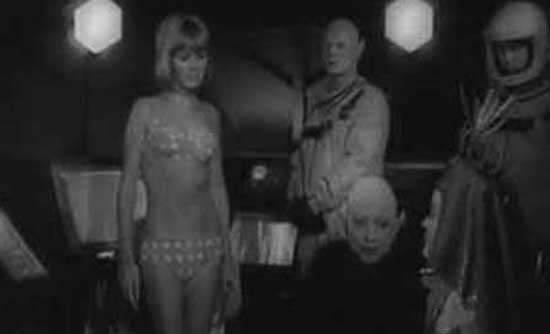 Frankenstein Meets the Space Monster is the story of how some Martians have come to earth to kidnap women to help repopulate their world, which has been ravaged by an atomic war. When they are in Earth’s orbit, they become convinced that our government was firing rockets at it and immediately shoots the space-bound objects down. However, they just ended up destroying a bunch of satellites and a space capsule that was piloted by an android. Said android was actually part of a secret experiment, so no one outside NASA knew his true nature. When the capsule crashed the android’s brain got damaged, causing it to go on a murderous rampage. Eventually, the violent android runs across the Martians, and the lives of many people end up in the hands of an out of control murderbot. 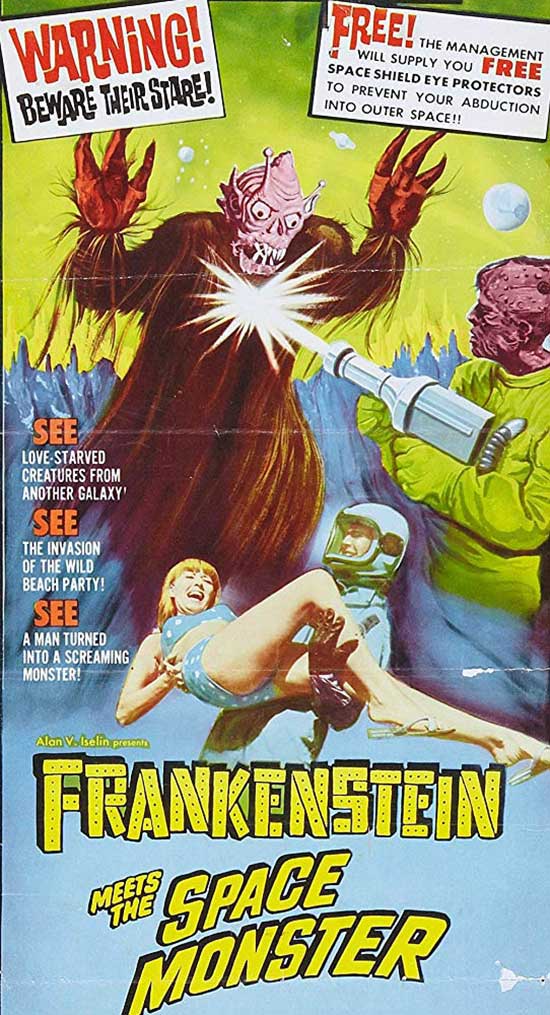 As interesting as the story may sound, part of the problem is that for most of its runtime, it feels like two separate movies that someone tried to force into one film. The only time the storylines intersect is at the beginning and then the ending. Either plot thread could have easily made a complete film on its own after some tinkering, so I wonder if someone actually took two separate movie concepts and meshed them together just so they can use the title of Frankenstein Meets the Space Monster. The fact that the only connection to Frankenstein is tenuous at best (humans building a man using technology) certainly makes me wonder. 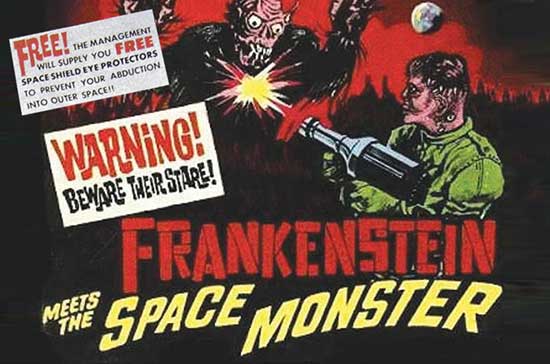 Another thing that bothered me is the baffling choices in music. The filmmakers would play upbeat or romantic music in scenes that were supposed to be suspenseful or horrifying. It was as if the filmmakers didn’t understand the tone they were going for, or just didn’t care. Instead of reflecting the horror of people getting murdered, the music instead created a bizarre tone that actually made the finished product unintentionally hilarious. For example, When the head of the NASA android project, along with his co-worker/girlfriend, goes to look for the damaged machine, it plays strangely upbeat music. I get that the two characters seemed to have feelings for each other, but playing romantic music while they follow the path of destruction left by the rampaging android seemed inappropriate. 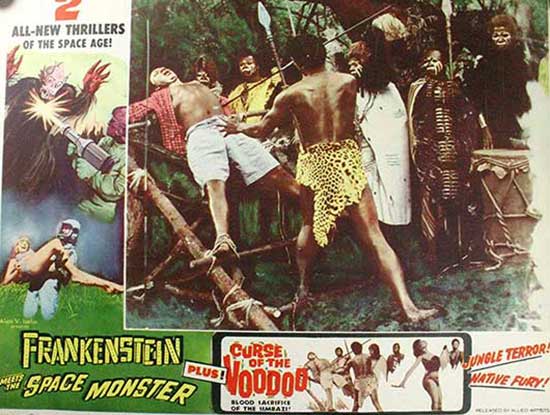 I also think it needs to be said that the android ended up being a bigger threat to humans than the Martians. True, the Martians were planning to kidnap Earth women just to force them to help repopulate their world. That is just plain wrong no matter how you slice it, but the man-made android was responsible for more destruction and human deaths than the alien antagonists. The film never did enough to make the Martians feel like a real threat, nor did it ever take the time to hammer home how horrible their plan to kidnap women really. 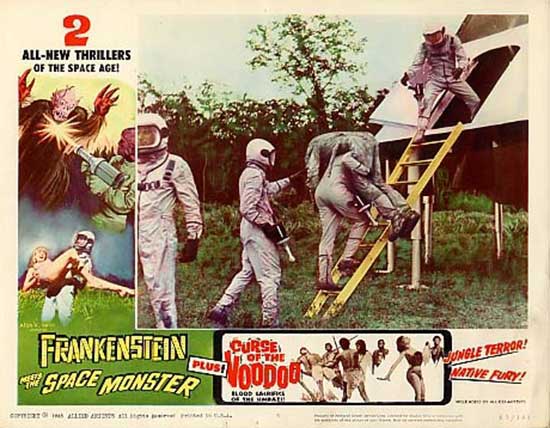 This film is filled with the usual shortcomings that you’d expect from a b-movie from 1965. Bad acting, shoddy special effects, bad makeup jobs, you name this movie has it. That’s not to say that there isn’t a decent actor here or there, or every effect you see is completely terrible, but the good is far outnumbered by the bad parts. Special mention, however, goes to the Space Monster that makes it appearance during the film’s climax. It’s just a guy in rubber suit stumbling around, and it’ll definitely elicit at least a chuckle since it’s so dumb looking. 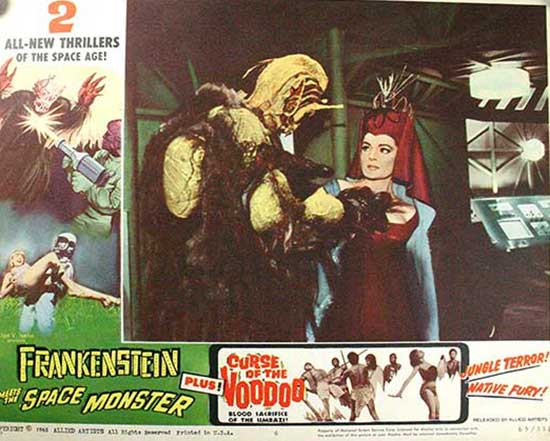 To sum it up, Frankenstein Meets the Space Monster is a strange film. With storylines that barely feel connected to one another, weird musical choices that only serves to set the wrong tone, and not having anything to do with Frankenstein despite his name being in the title, it’s hard to determine what the point of this film was. It does manage to be so odd that it’s strangely interesting, which at least works in its favor. Not that I recommend watching it, but if you do, have some friends join you. That way you can have some people with you that can help you laugh at and make jokes at the movie’s expense.