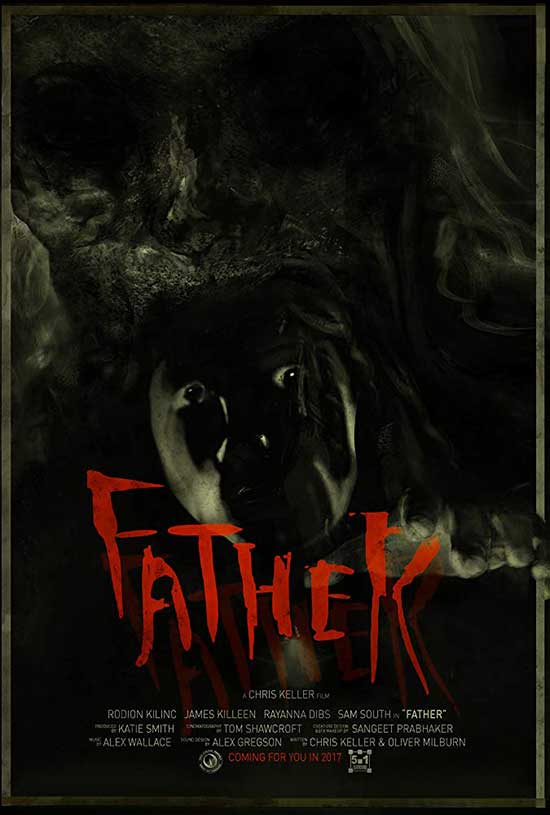 A young boy is haunted by a demonic apparition.

There are so many good things to say about Father. First of all, the boy who plays Danny is brilliant. I find I’m often pretty critical of kid actors but, although Rodin Kilinc doesn’t have much experience under his belt, his performance is completely compelling. Near the beginning there is an interaction with his mother which I don’t think is entirely necessary for such a short film but it was, nevertheless, very well acted. For the whole film, I am with Danny, in his head – this is helped along by some great camera work, something which helps us not only see the world through Danny’s eyes but gives us a few good jump scares as well.

One of my favourite parts in this film is a shot of the stairs and what feels like a nod to the original gothic film Nosferatu (1922). I don’t want to give too much away about the visuals of the creature that appears on the stairs but the special effects and makeup are extremely effective, even during close-ups.

For me the perfect approach to a horror short is to keep things simple but intriguing. I was definitely left with questions but I’m ok with that because often in horror when questions get answered, the mystery is gone.