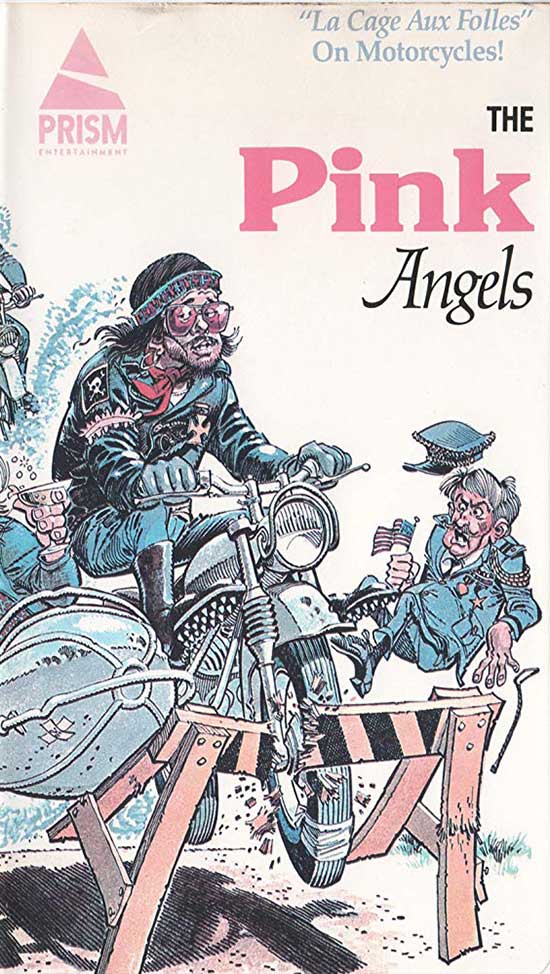 Plenty of heads turn when a group of transvestite bikers wheel their way to Los Angeles.

When I found out Pink Angels was one of the movies, my curiosity was piqued. I had never heard of it before, so I felt like I should at least find out what the plot synopsis was. When I learned that it was about a gang of homosexual bikers on their way to a ball to compete as drag queens, I got nervous when I saw that it came out in 1972. My experience with films of that era was that members of the LGBTQ community were not always treated kindly by the movie industry. They usually were reduced to little more than stereotypes used mainly for humor. I was genuinely concerned that I was about to be subjected to the same representation of that community. 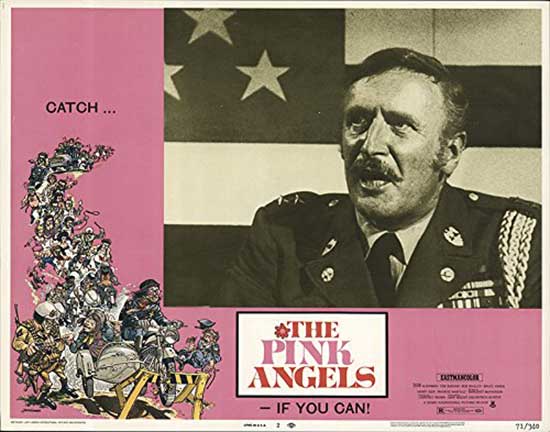 I was pleasantly surprised that Pink Angels portrayed the members of the gay community in a largely positive light. It fact, it’s one of the few strengths to the film. It didn’t reduce their main characters as a series of gross stereotypes. These were just some bikers trying to get to a party in time for a contest and maybe have some fun along the way. The film’s portrayal as bikers was also equally favorable. While there were moments where we see them get a little rowdy, we never see them do anything particularly malicious or destructive. Most of the stuff they do is harmless in the long run. Even when faced with discrimination, whether it’s for being bikers or for being gay, the main characters’ responses are never violent or antagonistic. They always responded a believable matter, making them feel like real people.

On top of providing grounded and fairly realistic main characters, this movie had surprisingly decent acting. The majority of the cast gave grounded performances. No one was particularly over the top (well, there were times when the leader of another biker gang came close). The worst acting you’ll see will come from bit players, the folks playing roles like shopkeepers. Some of them will give some of the most awful performances you’ll ever have the misfortune of seeing. Granted their parts usually were just a few minutes of screen time, but holy crud were they terrible. I mean, they were barely believable as actual living beings. Luckily, they weren’t bad enough to drag down the movie. 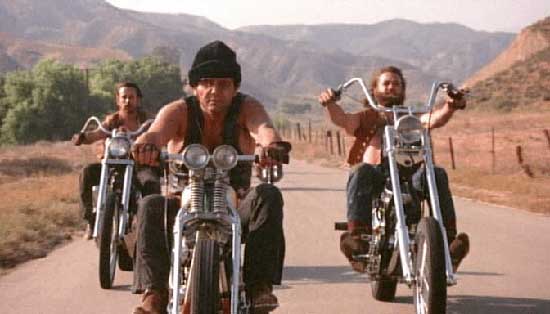 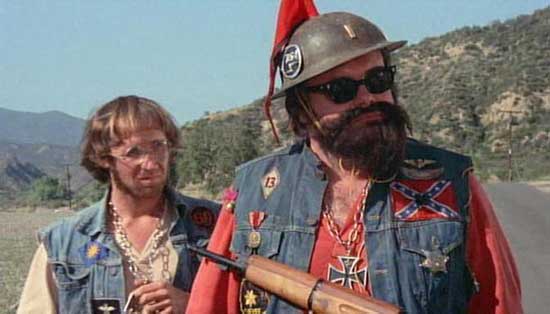 What does hurt the movie is that it completely and utterly pointless. There isn’t much of a plot or story to follow. We just watch the characters ride their bikes, do some stuff, and then move on. You don’t even get to know where the bikers are going until 20+ minutes into the movie. Besides lacking a story, not enough happens to really make Pink Angels interesting. The most excitement you get is seeing them get mildly harassed by police, play a prank on a rival biker bang that leads to a feud that never has a payoff, and then go shopping for new dresses for the drag contest after the ones they had lost. After that, they reach their destination which gets raided by authorities off-screen. There’s just not much in the way of tension, stakes, or drama to really captivate a viewer. By the time the end credits roll, you’ll most likely feel like your time was wasted. And you’d be right. 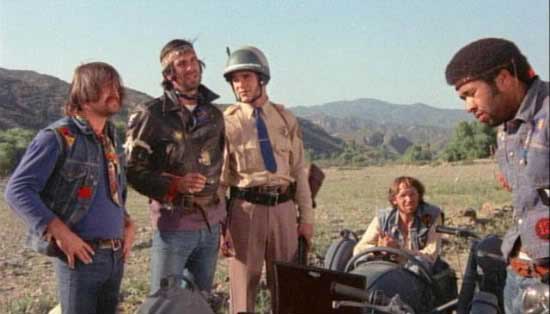 The only thing that is remotely interesting about the movie is its ending, which is both its greatest failing and greatest strength. Without giving too much away, let’s just say that ending was surprisingly grim. I’m not opposed to dark finales as long as it fits the tone of the film, which is not the case here. Up to the end, the darkest thing we ever witness was the characters who get hassled by cops simply because they’re bikers (when the cops learned they’re gay, they immediately can’t get away fast enough). In a movie without much violence or bloodshed, having an ending like this was jarring. It so completely out of left field that it makes you wonder if there’s a hidden meaning. One of my friends felt like it was some kind of message by the filmmakers about how they think gay people should be treated. However, considering how sympathetically homosexuals were treated throughout the rest of Pink Angels, I myself couldn’t agree. However, I could also see why my buddy felt that way he did because the grimness of the last scene of the film is so seemingly out of place that it can lead to people trying to find meaning where the is none. I personally think that the filmmakers had no idea how to end the film (since they didn’t have much of a movie to begin with), so they just tacked on the first thing that came to mind. 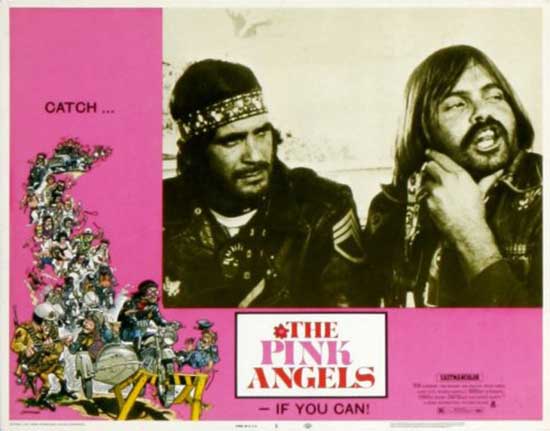 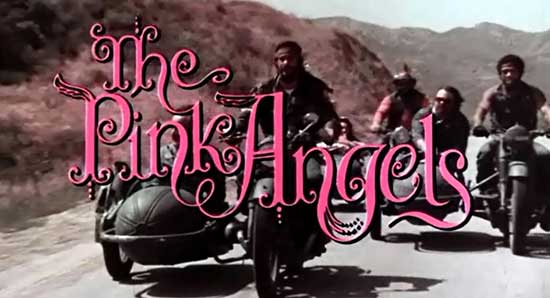 As much as the ending seemed incongruous, there is one thing it has going for it: it’s not something you’ll forget. It will hit you like someone roundhouse kicked you up the side of the head then decided to follow up with a punch to the groin. When I first saw it, I couldn’t believe what I was seeing and had the back the movie up just to make sure my mind wasn’t playing tricks on me. It did lead to some debate among my circle of friends, a feat that a lot of other movies I had to review could only dream of accomplishing.

With that said, the ending is not enough to make Pink Angels worth watching. While there are positives to be found, there isn’t anything to justify wasting your time on it. The only thing interesting thing about it is a final scene, which is equally problematic because it’s an ending that is neither earned nor fair.. Pink Angels doesn’t seem to have anything to say or offer. It’s a fairly boring movie, which is the worst thing for a B-grade flick to be. 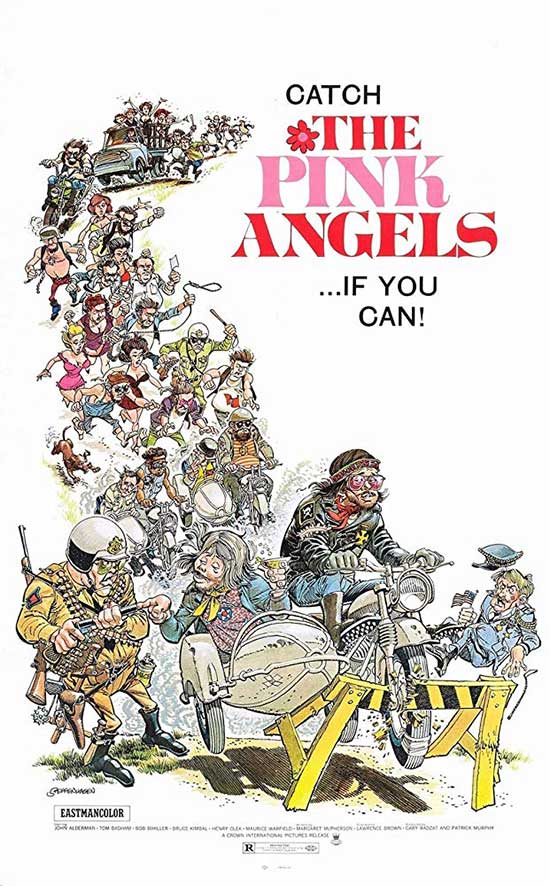 My verdict: Pass this one up. There’s much more entertaining “bad” films to watch out there.