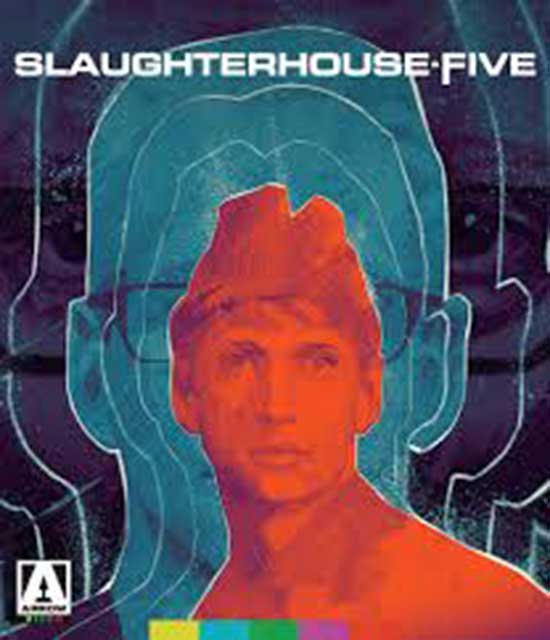 “Listen: Billy Pilgrim has come unstuck in time. The opening words of the famous novel are the quickest summary of this haunting, funny film. Director Hill faithfully renders for the screen Vonnegut’s obsessive story of Pilgrim, who survives the 1945 firebombing of Dresden, then lives simultaneously in his past as a young American POW, in the future as a well-cared-for resident of a zoo on the planet Tralfamadore, and in the present as a middle-aged optometrist in Ilium, New York.” (courtesy IMDB)

If you want to escape from the surrealist horrors of the present and the recent past, there is always the example of Billy Pilgrim, the optometrist who becomes unstuck in time in Kurt Vonnegut‘s novel Slaughterhouse Five (1972) slickly filmed by George Roy Hill, sandwiched between his two great successes: Butch Cassidy And The Sundance Kid (1969) and The Sting (1973). Despite doing some justice to the seemingly unfilmable novel, it did very poor box-office. Direction by Hill, script by Stephen Geller and cinematography by Miroslav Ondricek are all superb, and together they give form to a wildly complex structure, and credibility to some rather bizarre science fiction/fantasy material. 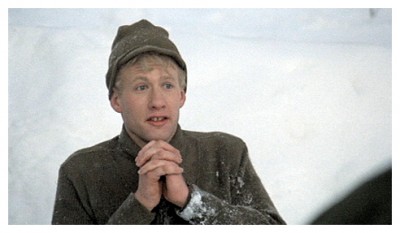 It concerns a middle-class middle-aged suburban balding American named Billy (Michael Sacks) who endures a chilly marriage to Valencia Merble (Sharon Gans) and has two children of varying virtues. Dissatisfied with his nagged and pathetic life, Billy starts to experience sudden shifts back in time to when he was a prisoner-of-war in the German city of Dresden which was subsequently firebombed on a massive scale by the Allies. Billy then experiences forward shifts to a time in the future when he has become the prisoner of an alien race who keep him in a zoo on their planet of Tralfamadore, and who provide him with a half-naked Hollywood starlet named Montana Wildhack (Valerie Perrine) for company. 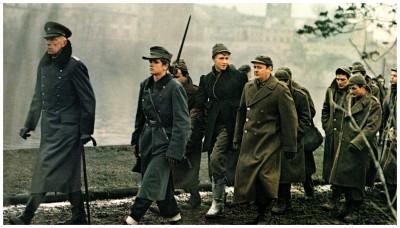 While the juxtaposing of the horrors of Dresden with the fantasies of Tralfamadore worked effectively in the novel, the contrast between the grim reality of the Second World War and the ludicrous sequences in the alien zoo with Miss Wildhack is unpleasantly jarring in the film. The scenes during the present and the future have a surreal quality, but the impressive Dresden sequences feel all too real. The film’s other major asset is the performance by Michael Sacks, who convincingly portrays both a geeky adolescent of unusual innocence and a balding pot-bellied middle-aged man who has given up trying to understand the world or the people in it. 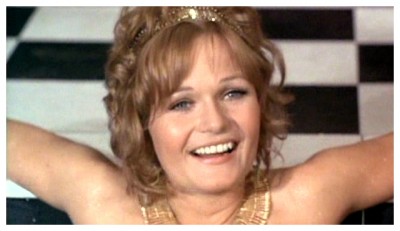 The scene in which Billy’s fatherly friend Derby (Eugene Roche) is killed is one of the most jarring sequences in cinema history, one that may even leave your stomach a bit queasy. Director Hill has him unceremoniously taken to the back of the frame, where we see a firing squad shoot him as if he were a nonentity not even deserving a final cigarette. Any other director of the era, like Sam Peckinpah for instance, would have had the killing done up-close and personal in slow motion with buckets of blood put to good use – but it wouldn’t have nearly the impact, nor would it have expressed the Germans’ easy dismissal of the man’s death as if insignificant. Indeed, one of the film’s most interesting aspects is this casual handling of death which corresponds to Vonnegut’s after-death refrain, “So it goes.” 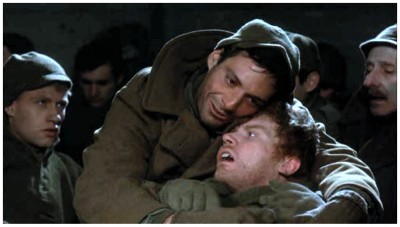 It’s no wonder that Hill was attracted to the work of author John Irving and directed many tragic yet somehow ironic death scenes in The World According To Garp (1982). The Bach-heavy classical score in Slaughterhouse Five by pianist Glenn Gould adds an austere Kubrick-like sense of wry melancholy to the entire production, even during the outrageous alien sequences that provide the film with its utterly mad unforgettable closing moments. It also has sharp editing by Dede Allen, and strong supporting performances from Ron Leibman, Kevin Conway, Perry King, Holly Near, John Dehner and Roberts Blossom. The casting provides enormous rewards, as does the decision to forgo big-name stars in favour of character actors who are actually suited their roles. 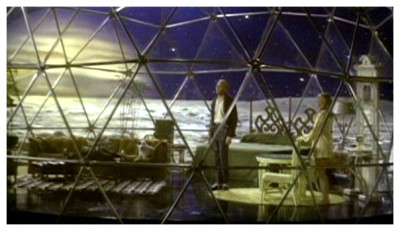 The conclusion to Vonnegut’s novel was dark irony rather than the ‘happy ending’ presented to us in the film, and the Tralfamadorians are aliens who believe that all cosmic reality runs in predestined grooves. Whatever dubious satirical point the book made (a nihilist one it seems) is lost in the film, where Billy’s ending is really something of a rest cure after everything else that has happened. It all seems merely flip rather than satirical, and the vulgarity of comparing this Playboy fantasy with a real-life event of unfathomable horror (bombing Dresden) shows exactly where fantastic cinema itself can become unstuck in time, or at least unrooted in any kind of value system. Satire about the lack of human values falls all too easily into the trap of displaying none itself. Thus free-floating fantastic images from the human psyche can appear on our cinema screens in contexts that can trivialise or deepen our humanity. 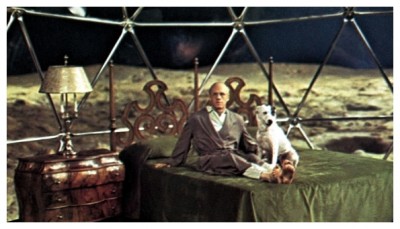 The only possible comparable cinematic equivalent before it might be La Jetee (1962) directed by Chris Marker which, in turn, inspired Twelve Monkeys (1995), but Terry Gilliam‘s film has more in common with Slaughterhouse Five than it does to its accredited source. Cult favourite Donnie Darko (2001) owes a nod to all three. What sets Slaughterhouse Five apart from its peers – and from other so-called ‘unfilmable’ films of the era like Catch 22 (1970) – is its rewarding decision to leave all interpretations up to the viewer despite the rigid first-person narrative. Though we walk in Billy’s shoes for nearly two hours, the meaning of the entire experience still feels as unknowable as any single moment of our everyday lives. And it’s with that vaguely philosophical note I’ll bid you a good night and look forward to your company next week when I have the opportunity to simultaneously raise both hackles and cackles with more dreadful dross from the drains of Los Angeles in another trouser-moistening fear-filled film review for…Horror News! Toodles! 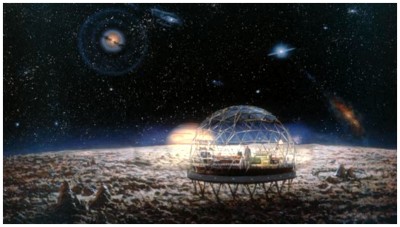