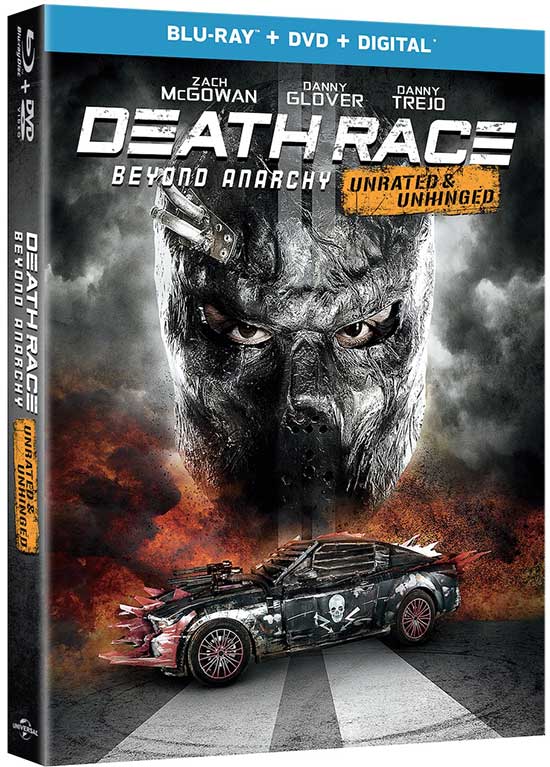 After an attack on inmate Frankenstein fails a Black Ops specialist enters the maximum prison to join the illegal Death Race and take down Frankenstein.

Somehow, the cinematic overlords have decided we should have two “Death Race” franchises.

The first connects to the original 1975 film “Death Race 2000”, which was followed by “Death Race 2050” in 2017. This variation started out with Paul Bartel’s satirical shot at America’s obsession with sports, violence, and the corporations that happily feed off their fans. Where the social commentary fell short, graphic violence filled in to fulfill the exploitation expectations of the core audience. 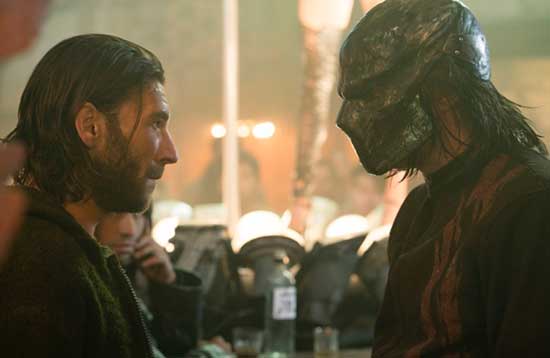 In 2008, the title was resurrected as a less cerebral venture. Simply called “Death Race”, the film was set in a massive prison where those with enough guts can participate in Death Race. As in the original, the image of the Race and all the violence connected with is personified by Frankenstein, a multi-Death-Race winner. This version of the tale saw the race as a form of redemption for the inmates who participated, but the film focused on the action and brutality typical in such “Road Warrior”-inspired offspring. A bit on the nose, considering the idea behind the original film in the 70s, but Corman and others saw stacks of cash in exchange for some poorly-lit, spraying fake blood. 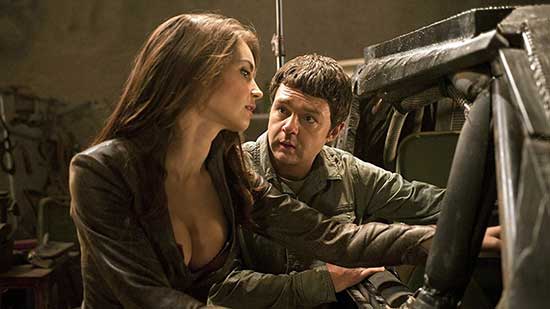 “Death Race 4: Beyond Anarchy” is titled perfectly for what it is – something that seems to promise way more than it delivers. Typical Corman tactics. Don’t expect unhinged savagery. You will see nothing beyond a bad night in a Southern trailer park awash with tainted crystal meth. Actually, that might be fun to watch, unlike this new installment in this series.

Flying in the face of the previous three films, Death Race is now considered immoral and has been banned. Well, try banning something that takes place inside the largest prison facility in the USA. Where they have their own rules, and they make their own deals. And Death Race takes place in spite of government interference, and the prison rats broadcast the violent race to millions across the Dark Web. 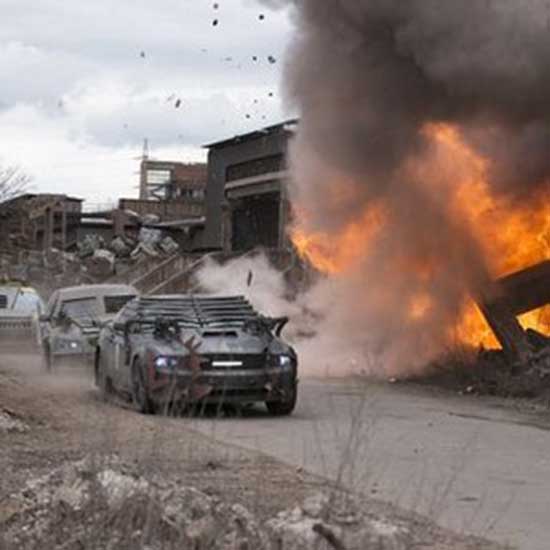 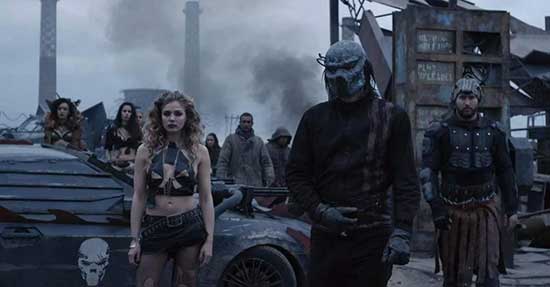 Weyland Corporation doesn’t like having to answer to government committees about the illegal activities going on inside their city-sized prison, so they send in a small group of troops to take out the one person who keeps Death Race popular – Frankenstein. It seems that they are about to take out their target when the soldiers find themselves facing a human wall armed with assault rifles, shotguns, and chainsaws. Frankly, the scene should have been like the original “Robocop” cop-killing scene multiplied by 8. Like I said, over sell, under deliver.

Enter a conveniently-timed shipment of new inmates that just happens to have the stoic, well-muscled dude who squints. One hopes Zach McGowan has more acting tricks than standing at apparent ease but is actually flexing every freaking muscle while squinting through his stringy hair. Yes, movie, everyone understands this is our hero, but, please, have him take down a small army while the female inmate who was suspiciously cleaner than everyone else pretends to assist.

Our hero is already shown to be invincible, so it comes as little surprise that he is instantly taken under the wing of the character played by Danny Glover, who deserves so much better than this. Our beefcake is groomed to win Death Race. Yes, the film even manages a montage sequence that really cried out for some Thompson Twins or Nu Shooz, but we get annoying clatter that is supposed to sound like awesome music.

No true hero can be without a weakness. Out trots Christine Marzano for an obligatory love interest/Achille’s Heel role. The resulting love interest scenes slam the brakes on the film, which already has little more than the vehicular destruction to drive the utterly cliched plot. 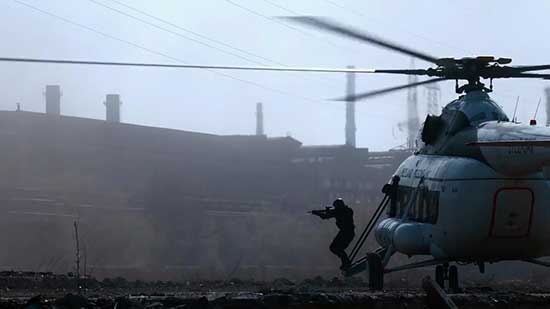 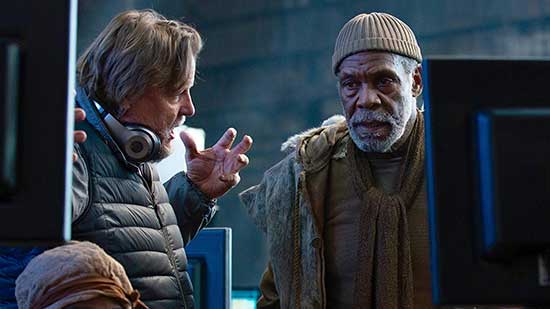 I want to offer my sympathy to Danny Trejo, but I do hope he was well paid and had fun with his role. I’ve seen him in worse.

Since my dislike of this film is clear, let me explain. Above and beyond the paper-thin plot stretched too far and dialogue crappier than a fart contest at a bran festival and an ending telegraphed in the first 30 minutes, the editing of the action scenes left me with a wicked headache, and I blame director Don Michael Paul for that. I understand the purpose of quick edits to pump up the tension, but there is a limit. I have less trouble watching Wang Chung’s “Everybody Have Fun Tonight” video. 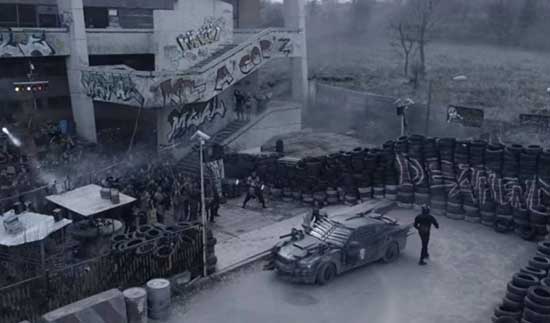 I did discover one thing while watching this film, and that is that this version of “Death Race” is not the right fit for me. That’s fine. I am sure that people who do dig pimped-out vehicles getting trashed will enjoy it as well as the fans of this incarnation of the concept. Heck, there is enough naked flesh in this film to almost make it a recommendation; however, I do think, even for fans, the bits supporting the action tend to be a bit weak, even for a straight-to-video title.

Death Race 4: Beyond Anarchy is now available on bluray from Universal Pictures