Home | These Are America’s Favorite Horror Series On Netflix

Halloween is just around the corner which means Netflixers across the nation are getting in the mood by watching the platform’s creepiest TV shows. That’s why the team at Reviews.org decided to create a map which highlights the most popular Netflix horror series in each state.

You can find your state’s favorite in the full report: www.reviews.org/trends/best-scary-netflix-series/

To identify each state’s favorite horror series on Netflix, we listed each of the shows currently available in the platform’s “horror” category, then ran the show titles through Google Trends to determine interest on a geographic level. 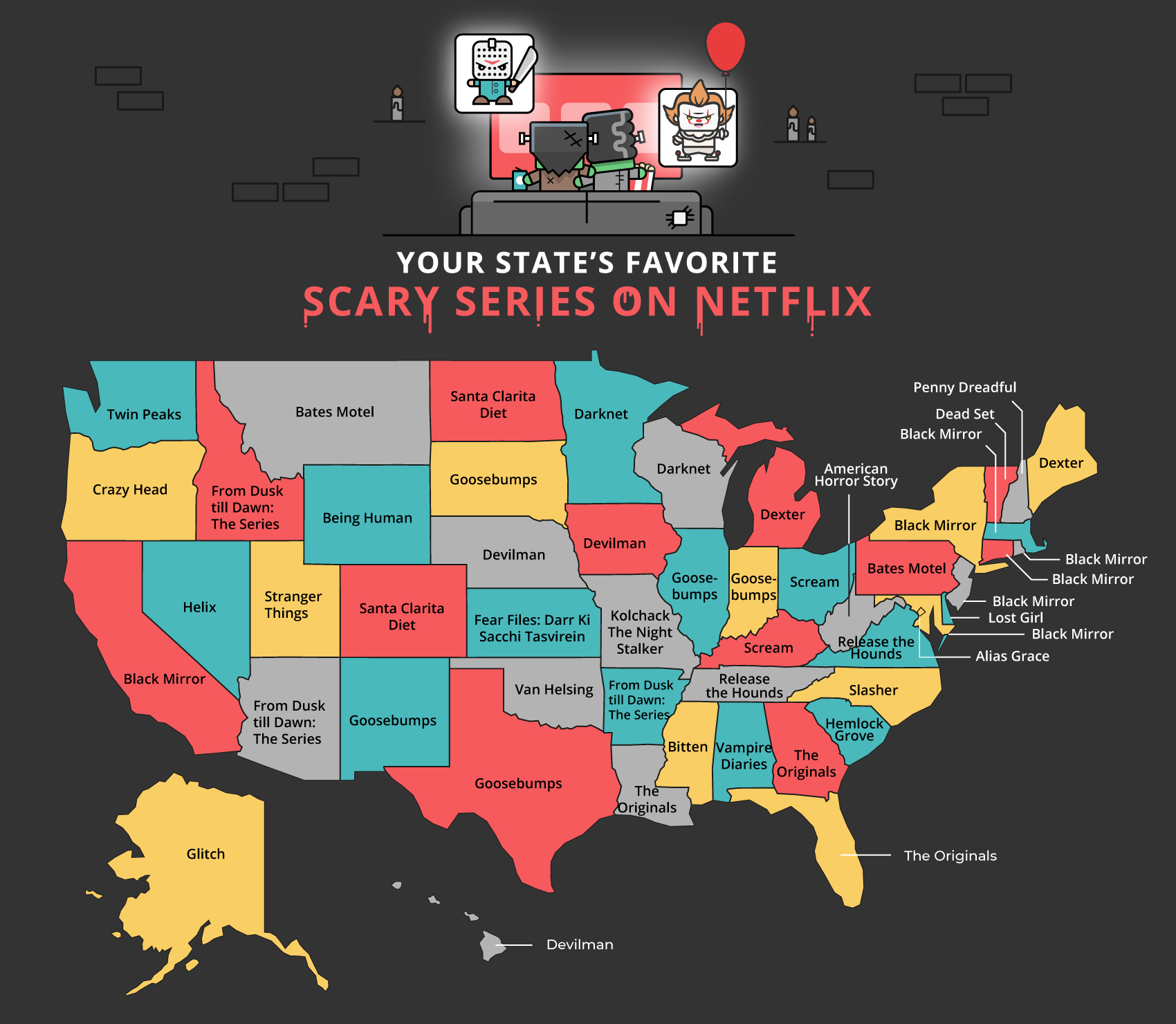 Cue “Monster Mash” and bring on the candy corn. Halloween is nearly here, and these scary Netflix series have our spidey senses tingling.

You don’t have to take off your Jason mask to see there are some pretty interesting things going on here. And by “things” we mean each state’s favorite Netflix horror series—not the 1951 horror movie.

Alright, turn off the suspenseful soundtrack and let’s see what’s lurking down in the basement . . .

It’s no shock to us that Washington is ready to hit play on Twin Peaks this month. This cult crime TV show is set in the (fictional) town of Twin Peaks, Washington, so maybe this favorite is a matter of state pride. Or maybe people in Washington just really want to know who killed Laura Palmer.

What the heck is going on in Kansas, guys? Something strange, because this is no ordinary scary series. It’s actually an Indian horror anthology, but you won’t find any cheery Bollywood costumes and dancing here. Instead, each episode shines a spotlight on real-life paranormal experiences.

We wonder if our friends in Massachusetts, Rhode Island, Delaware, New York, New Jersey, and Maryland are creeped out by laughing Alexa as much as we are after watching high-tech hauntings in Black Mirror. Seriously, that’s creepy AF.

Our neighbors in Louisiana, Mississippi, Alabama, Georgia, and South Carolina (and Florida too) have an uncanny infatuation with all things supernatural. Yup, it’s vampires, werewolves, and demons, oh my! (By the way, Florida, we’re very disappointed you didn’t pick Dexter as your favorite scary series. SMH.)

Our first thought when we heard “Netflix” and “scary series” in the same sentence was Stranger Things. Can you blame us? Maybe that’s why we’re so surprised to see that only Utah picked this Netflix Original as its favorite spooky series. Weird, but I guess we’ve seen stranger things . . . (Pun intended.)

Got goosebumps yet? (“Goosebumps,” by the way, was another favorite. Cue all our elementary school nostalgia feels.) Let’s just say we’re not going to be falling asleep any time soon after watching all these creepy shows. 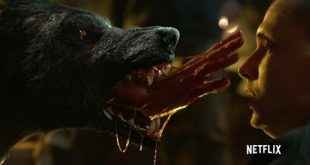 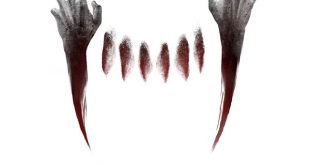 Check Out The New Artwork For HEMLOCK GROVE S2