Home | Check Out The New Artwork For HEMLOCK GROVE S2

Check Out The New Artwork For HEMLOCK GROVE S2

Any of you fans of the NETFLIX show HEMLOCK GROVE? Not going to lie, was a little surprised it got a second season. I don’t believe it was a runaway hit but kudos to NETFLIX for giving it another season to try and find its audience.

It’s not a bad show. If you haven’t checked it out yet now would be the perfect time to catch up as season two is fast approaching. July 11th brings all the new episodes to the service so put fresh batteries in that remote and get busy watching. NETFLIX today released the new key art they are using to get us all hyped up for the debut. 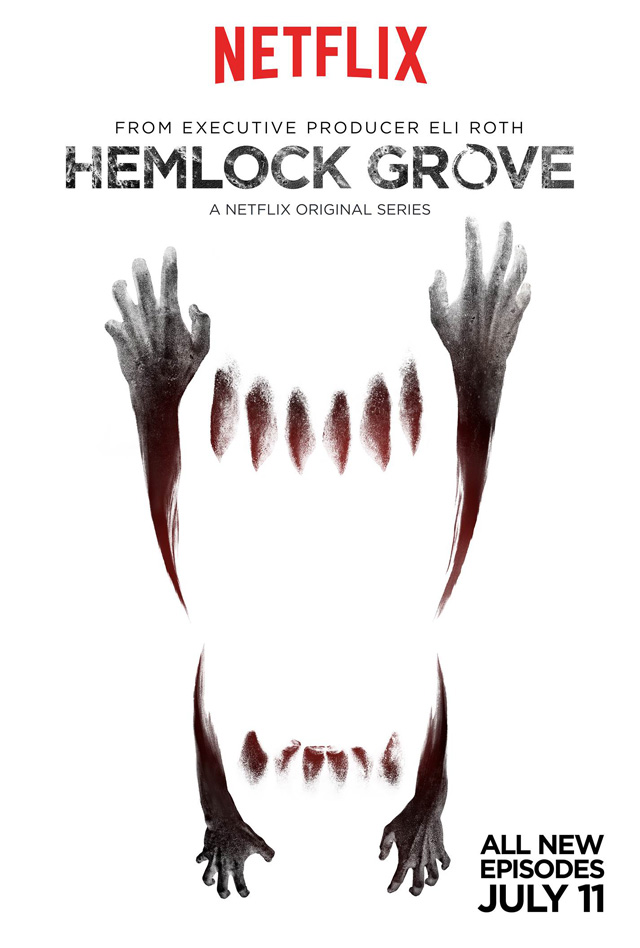 So, what ya think? Gonna be checking out season two?