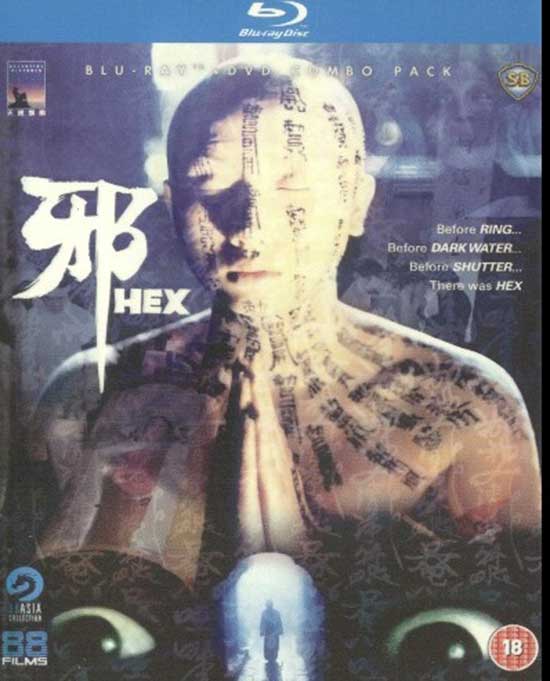 A woman, who believes she has murdered her abusive husband, then sees him return as a vengeful ghost.

If you happen to be fan of martial arts cinema you have most likely heard about the Shaw Brothers. Their production company Shaw Brothers Ltd. is one the most significant film production companies in South China and over the years have produced some 1000 titles. While martial arts might be what the Shaw Brothers are best known for, the company has also dabbled with other genres over the years, horror being one of the more notable ones. Hex was made in the company’s 1980’s surge of weird horror titles as part of a loose supernatural trilogy. It’s by no means a perfect film, but if you’re looking to familiarise yourself with the Shaw brother’s horror catalogue, it’s a relatively safe place to start.

The easiest way to describe Hex is as the Hong Kong version of Les Diaboliques (1955). The basic plot is a similar tale of betrayal, double crossing and gaslighting, but with bizarre, trippy undertones.

I have to admit that I was very excited to see this film. I didn’t know very much about it, but more I read, the more I wanted to see it. The plot sounded interesting enough, but what interested me even more was the visual side of the film. The few clips that I had seen of it instantly brought to mind the 1964 Masaki Kobayashi classic Kwaidan, as well as some of the more colourful works of Dario Argento and Mario Bava from the same era. While Hex does not quite reach the same level of stylized beauty than Kwaidan, the visual side of the film is definitely it’s strong suit. The set design is truly beautiful and even though almost the whole film happens inside the same house, the gorgeous wood carvings and stained-glass windows are a joy to watch from start to finish, and create a wonderfully spooky atmosphere for this ghostly tale. Even the few parts outside the house, in a very fake looking misty pond, look great. The fact that they undoubtedly look like they were filmed in a studio doesn’t really matter; what matters is the ambience which is perfectly suited for the film.

The quality of the cinematography took me somewhat by surprise, as I was not expecting anything nearly as well executed as what I saw. The roaming shots following the characters through the house flow beautifully and give the whole film a nice smooth feeling.  The same can be said about the lighting, which is elegantly designed throughout. However, the best of it has been left to the famous exorcism scene at the very end.  It has got to be one the most memorable scenes in cinema history. Not just for its content, but the pure visual allure of it. The use of bold, dramatic colours really makes the scene stand out from the rest of the film and makes it truly a thing of beauty.

Still, Hex is not without its problems. The big one being the rather confused plot. The story starts with a classic double cross murder, all fairly serious. However, when it gets to the ghostly part of the tale, the whole mood of the film changes and weirdly childish humour is introduced into the story. If the humorous elements were there from the very beginning, they would be understandable, but bringing them in in middle of the film just seems like a very disjointed thing to do. Also, this happens to be the part where the film is supposed to be scaring the audience the most, so it seems to me like the worst possible time to be inserting silly slapstick humour in to the mix. 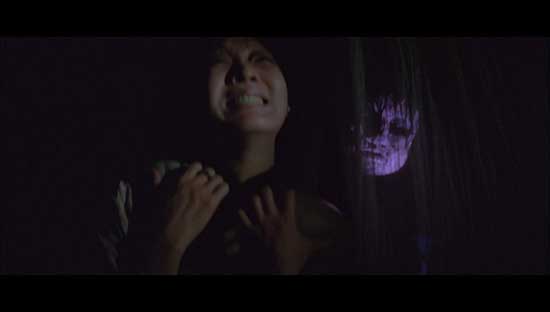 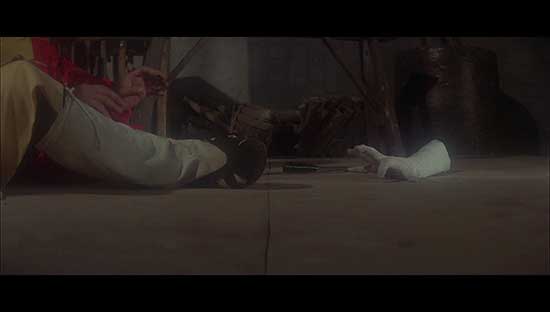 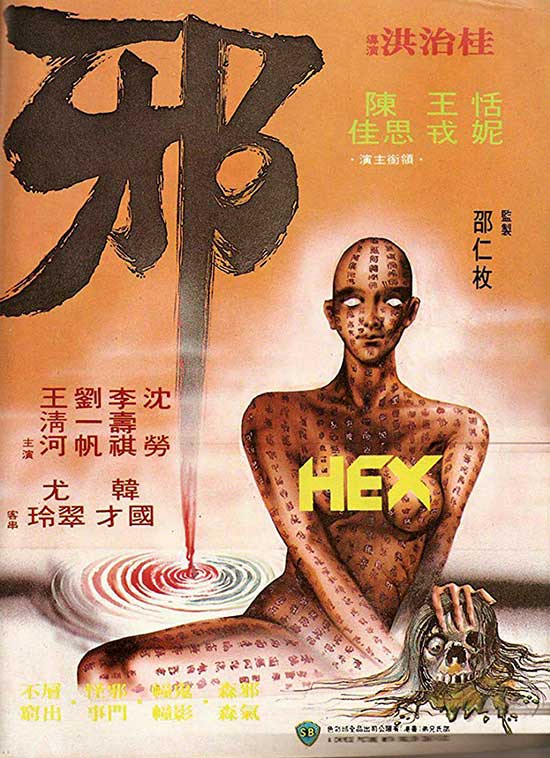 While somewhat mixed bag, I have to admit that I enjoyed Hex quite bit. It has its imperfections, but is still a great little cult piece well worth seeing.