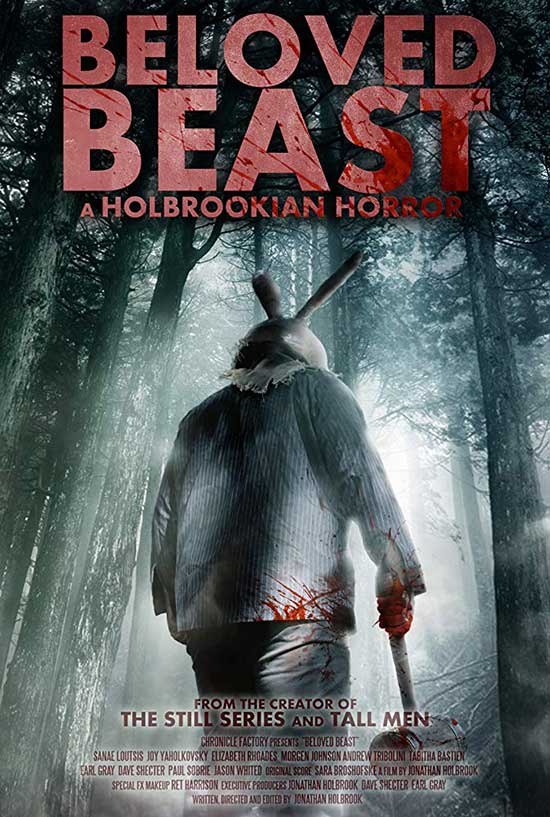 A young girl befriends a dangerous escaped mental patient after the death of her parents.

Beloved Beast is a 2018 drama/horror film directed and written by Jonathan Holbrook.  On cover alone…..well you have to love a film that bears a killer dressed in a rabbit suit. That always seems to promise good times ahead.

While I wasn’t quite prepared for watching a movie that lasted as long as it did (comparable to the experience of taking on a Stephen King Miniseries), I will say that once I did I was pleasantly surprised. “Beloved Beast” is clearly created under the guise of a cult film direction often taking its premise into directions that are more inspired by Lynch and Tarantino films than say, Wes Craven or Carpenter. Wearing the classification of a horror film, I would have to say that the strength of this release is actually far more intriguingly purposeful than one simply seeking a latest horror release.

Much like the series shows “Castle Rock”, “Happy Town”, and “Bates Motel”, “Beloved Beast” feels” like it was more inspired by this particular style of storytelling that roots its foundation into the revealing of a corrupt and sinister town (underlying the basis of a killer on the loose).

It’s the mix of drug dealers, sex traffickers, prostitutes and white trash that gives this story color. Color that goes beyond the idea of a mental patient on the loose killing everyone in site. The area here goes by the name of Slough Town, which is branded quite heavily in BB (if you forget the mention of it in conversations).

There is a, well we’ll call it a “purple haze moment” in the film, that is inspired by the party sequence of the movie that utilizes a few tricks to suggest a lethargically-high state of consciousness. I thought that was well utilized and shot almost borrowing some inspiration from a David Lynch scenario. This could be shortened a bit, if the film makers are looking to trim some fat, but none-the-less well played.

The premise of this film is built upon a fairy tale that young Nina (Sanae Loutsis) has become familiar with leading us thru a modern interpretation rooting its players in a much darker present timeline. Aspects of this fairy tale (which is narrated in sections through out) is reaffirmed per Nina and her unique relationship with the killer. It goes something like this…”a king of kings, called the rabbit king is awoken from its slumber disturbed by the notion of something wicked on its way”…..

The killer who goes by the name of Milton Treadwill is an escaped mental patient, strong as an ox, weighing 350 lbs and a towering over others at 7 ft tall. Traumatized as a child, he was locked in the basement after being severely burned by his mother. 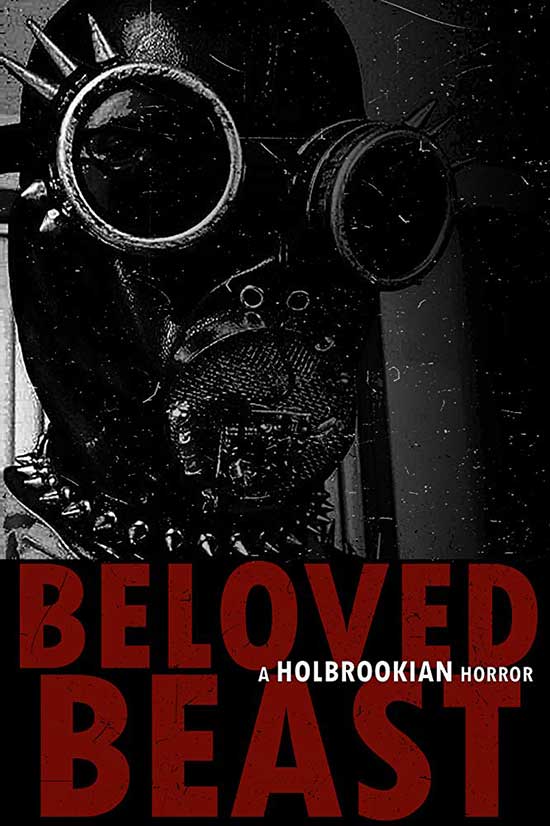 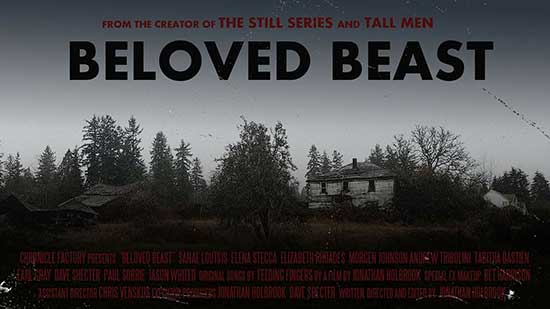 Upon first act, we find young Nina having to deal with deceased parents (the victims of recent a car accident) and the reality of now being alone Social worker Sidney steps in to aid Nina who’s sole remaining family member comes per way of Erma Ritz (Joy Yaholkovsky), Nina’s white trash Aunt who in addition to drug use and bad associations is reluctantly forced into being her new care giver.

Erma, a single adult who is late on rent, has no immediate income and drinks way too much accepts under the idea that Nina’s care comes with a paycheck.

From here we are introduced to all sorts of shady characters ranging from Ash the local drug smuggler to June her best friend prostitute. Though things get better with all sorts of local cretins entering the story with the worst being local snuff sex trafficker who goes by the name of “The Belgium” (Paul Sobrie)

What was my final reaction here? Jonathan Holbrook has a great knack for character storytelling. One might expect the usual killer rampage treatment however when the story comes full circle it unveils a rich experience that keeps things moving by its well told process of reveal. Beloved Beast walks away with alot of interesting circumstances. 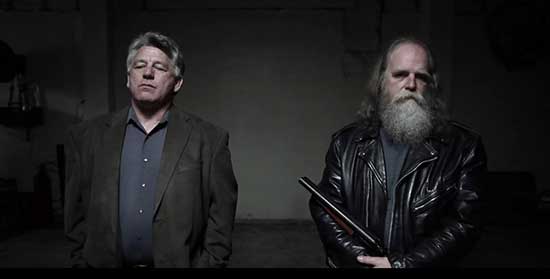 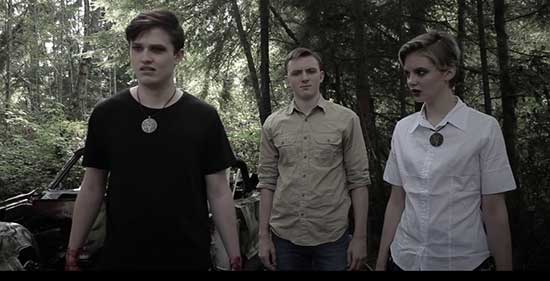 Acting here is memorable enough to leave this film with a few performers worthy of great things.

In all, as mentioned before, the movie needs to be trimmed down to a tight hour and 1/2 to better appeal to the masses with short attention spans. On one hand, you wouldn’t expect to ask David Lynch to shorten his Twins Peaks character-masterpiece epic, but on the other hand if you haven’t established a following yet that will allow viewer excess, it probably makes sense to trim down some of the slower portions and conversations to get there.

A unique crazy experience chock full of chaos and bloodshed!