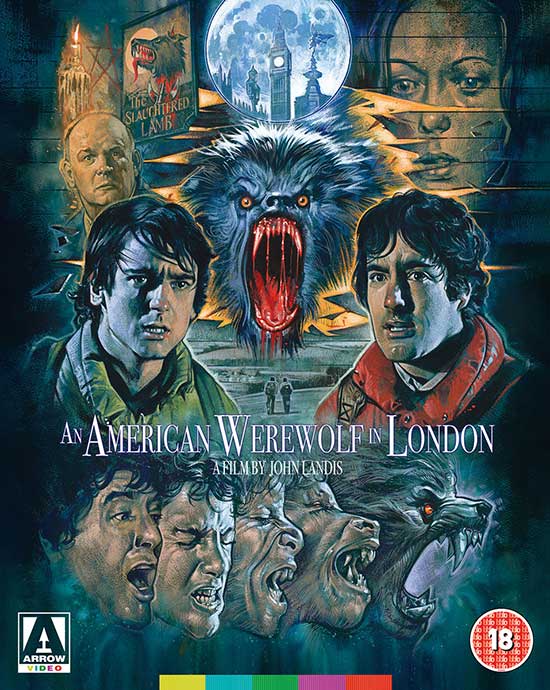 2 american Backpackers are touring around europe and have arrived in a desolate part of the UK . Before long they are warned by the Locals of The Slaughtered Lamb to avoid the moors at night. Shortly afterwards they are attcked my a mysterious beast which kills one of them and wounds the other. the beast is subsequenlty killed by the locals and then the fun really begins. After coming round in Hospital David meets Nurse Price and begins to have disturbing dreams . He is visited by his now dead friend Jack who tells him that they were attacked by a Werewolf and that David will soon become one himself. Shortly after leaving hospital and Moving in with Nurse price a Series of grisly Murders takes place . And David realises that his dead best friend maybe right .

American classics always seem to stand the test of time, “An American Werewolf in London” is no exception. Now brought back better than ever and digitally restored, a new generation can experience it with a renewed presentation on an old favorite. AWWIL stands easily as one of the most noted werewolf film of our generation. It also stands as a monumental achievement for Director John Landis and Fx wizard Rick Baker. While we have moved into a time where werewolf films are more easily taken care of with slick CGI and camera editing tricks, it’s the old school practical Fx that really introduced a new reality in a time when computers were just an idea and ideas were left to using real materials to imitate life and transform it on screen. 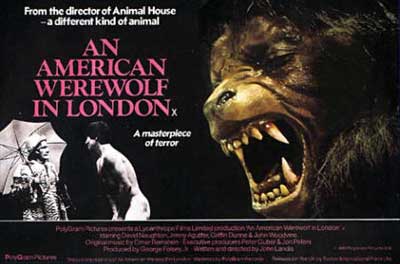 The story of AWWIL is well known but its always good to re-introduce it in summary to the new generations that haven’t seen it. A horror film, dark comedy and even love interest drama makes up pieces that they set out to make in 1981. At the time, werewolves needed a new vigor to pull it out of the dark ages and into the 80’s. In comes Rick Baker with a bit more time and money to really pull the tricks out of the hat. ” 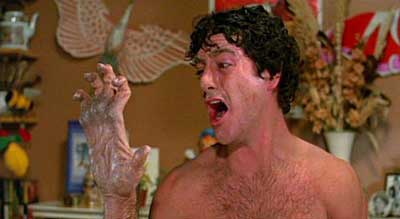 Getting back to the story our 2 main actors David Naughton who played the role of David Kessler and his friend Griffin Dunne who played Jack Goodman were on a cross country trip into the European country. Backpacking they arrive in the sector of East Proctor and come upon the now famous little road stop pub called “The Slaughtered Lamb”.

As they come upon a town that obviously is standoffish to strangers they enjoy a few beers before setting out into the night at the reluctance of some of the villagers. David with his now iconic red puffy coat and Jack do what they were told not to….”Stick to the roads, keep clear of the moors”. Well they wander thru the moors and question the oddly animal howling noises in the distance. Before long, an animal attacks them scratching David and killing Jack. This animal though is no ordinary wolf. Lucky for them the villagers had come into he nick of time to to at least save David from obvious harm.
Awakened now in a hospital bed, David questions his sanity, and begins to develop a relationship turned love interest with his nurse Alex Price (Jenny Agutter from the film “Logan’s Run). The police question him and doubt his sanity on the matter. Then to top things off David is visited frequently by his dead friend Jack who decomposes more each time he sees him. He is warned and asked to kill himself before the full moon. 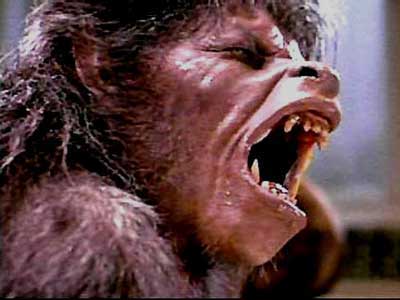 The hallucinations continue with an oddly placed nightmare that has nazi Werewolves arriving to kill off his family. Alex feeling sorry for him and a grown attraction offers him to stay at her place. As the film progresses, so does the werewolf antics, the hunt for a killer and a new interest from David’s doctor, (John Woodvine) J. S. Hirsch. All flows by rather quickly as the story develops into a finale that is inevitable. 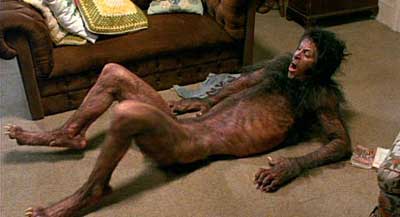 A highlight though is the now famous transformation scene when David first turns to a wolf. Each shot is cut and maintained to show detail and a progression in David’s state. Fingers extend, feet extend, back muscles ripple, face features protrude and hair grows thru his follicles. An award winning scene that put the film clearly on the map. John Landis, director of the film, delivers a movie that is both creepy, warm and perfect for movie goer audiences. 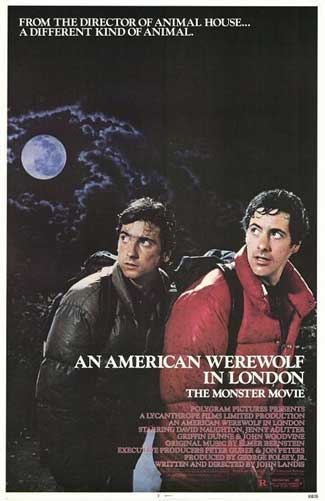 The DVD I reviewed now includes over 100 minutes of extras back grounding the film and its creators. Rick Baker and John Landis provide great retro stories of past. A fantastic package and a perfect way to enjoy the film in its new revised stated. For those who are new to AWWIL…its time to take in one of the classic greats! 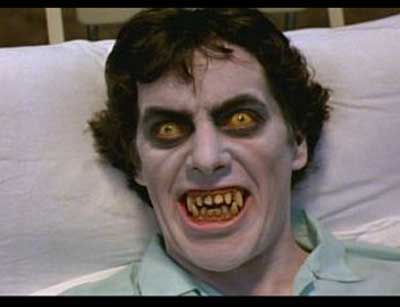