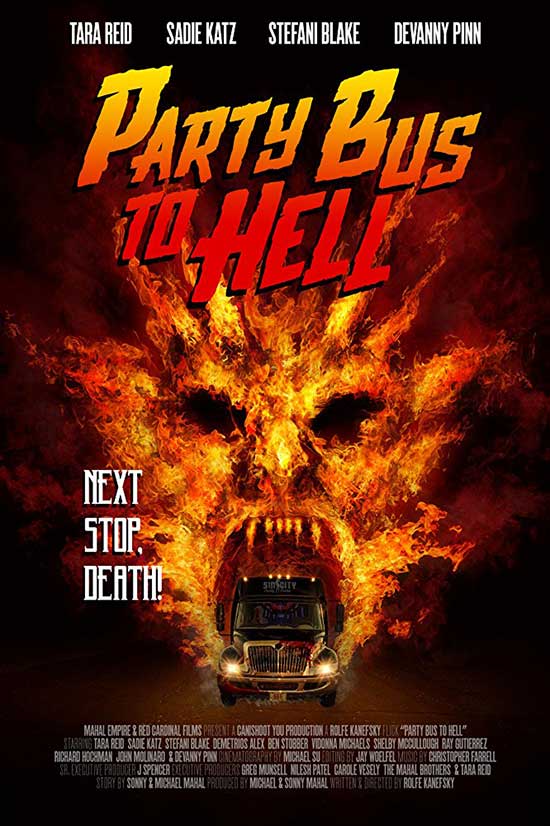 When a party bus on its way to Burning Man filled with a bunch of sexy young adults breaks down in the desert and in the middle of a group of Satanic worshipers, all hell breaks loose.

It’s never a good start when the film you’re watching gives itself the wrong title. Promoted as Party Bus to Hell in most places, the opening credits dub the film Bus Party to Hell. Look, it’s a small thing to get wound up about. Yes, there is original artwork out there which shows this was the original name, so we should really give it a break. However, it just smacks of complacency and underlines the feeling that that no one is particularly fussed about what they’re making.

Before this credit faux-pas, an opening scene pretty much sets the tone for the rest of the film. At least, it attempts. The promise of this hastily put together stinger is never truly fulfilled. Running for their lives in the desert, Sharknado’s Tara Reid and her nameless colleague quickly find themselves lost. A few cross words are shared and, before you know it, Reid has decapitated her friend and disappeared over the horizon. It certainly makes you sit up. 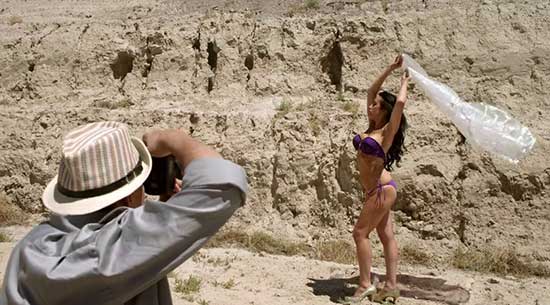 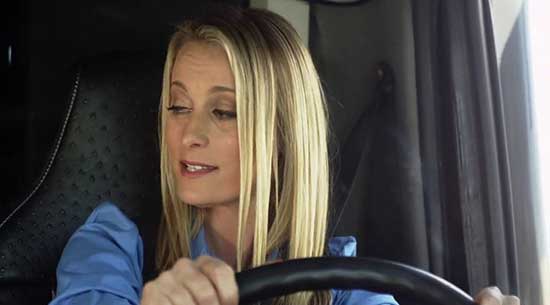 Reid has long since given up caring what people think of her and that is meant in the nicest way possible. Whilst her American Pie cohorts have more or less disappeared, Reid has made a nice, comfortable spot for herself in the scream queen arena and more power to her. As such, it’s always genuine fun to see her pop up in things like this. Sadly, despite what some posters may suggest, she’s more of a supporting character than a star. The female equivalent of a Dani Trejo vehicle.

If you’re one of the few people watching the film who hasn’t guessed that this is the titular party bus on its way to the Bad Place, it’s hinted at when the bus driver (Sadie Katz, 2016’s Blood Feast) drives over a poor hitchhiker begging for help. The partygoers’ dire straits then become abundantly clear when the bus ‘breaks down’ in the middle of the desert and they are soon surrounded by a gaggle of leather chap wearing devil worshippers. With the Satan botherers having decimated half of the passengers, the remainder barricade themselves on the bus until help arrives. 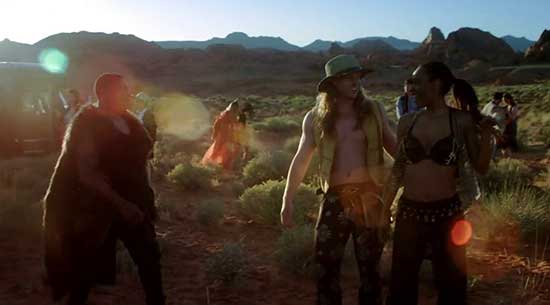 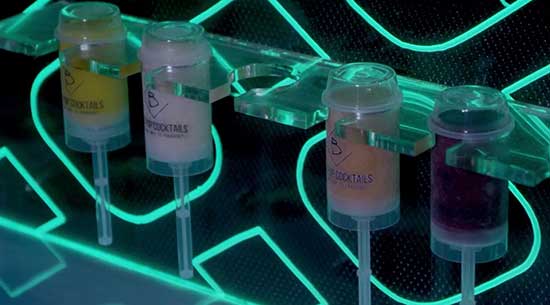 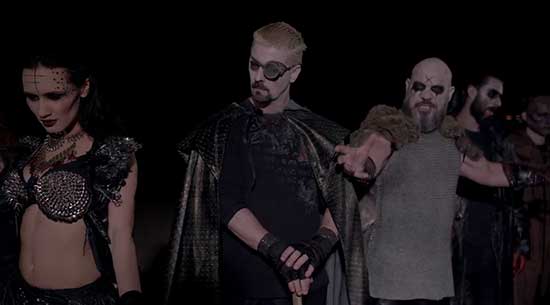 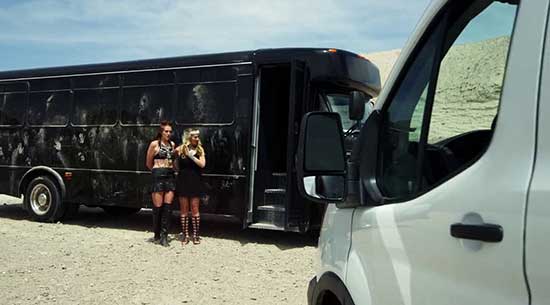 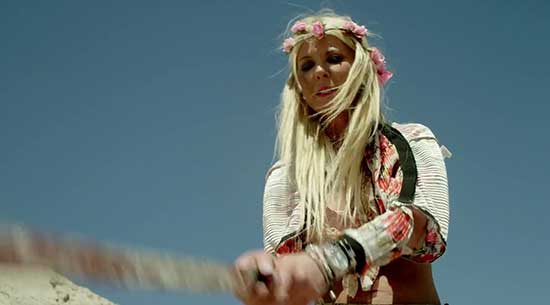 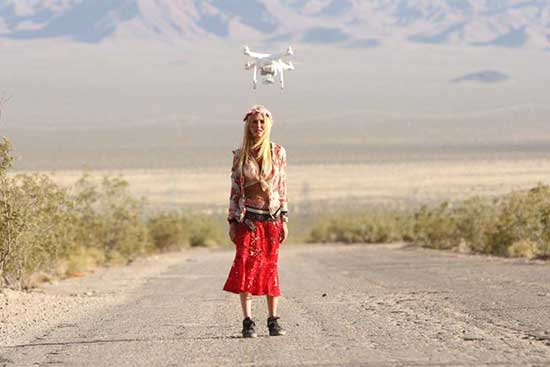 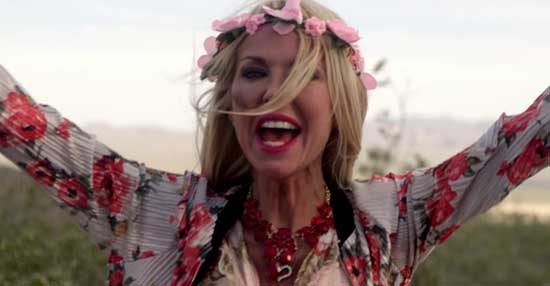 On top of this, there is actually very little action or horror. Aside from the initial slaughter, Party Bus to Hell rarely leaves the inside of the bus, making it essentially the cinematic equivalent of a bottle episode. It totally makes sense from a budgetary stance, but it doesn’t make for compelling viewing.

Admittedly, the film does have its tongue firmly in its cheek most of the time. Even then though, the humor is wrought with stinkers, clunkers and the deafening sound of jokes crashing harder than a lemming. For example, it’s 2018. Are we still doing the trope that being a part of the LGBTQIA+ community means you automatically want to convert any and all people that match your sexual preference. It’s as dull as it is problematic. 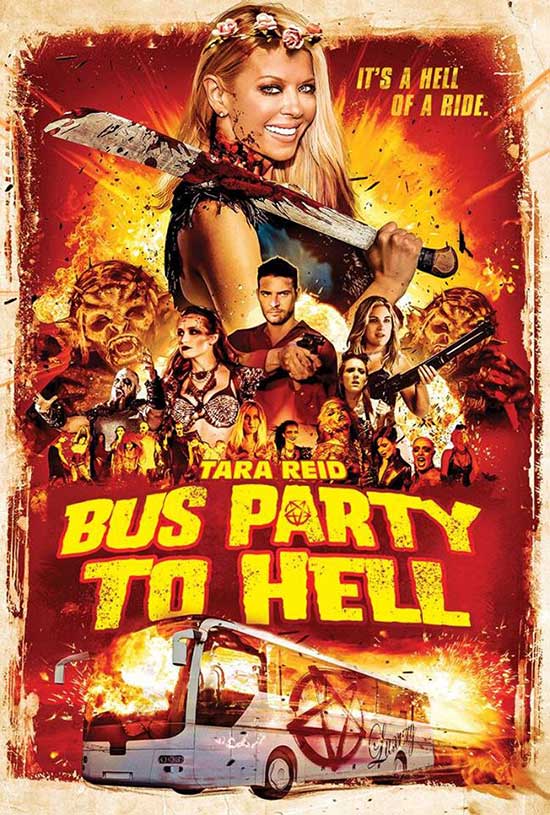 At the end of the day, Party Bus to Hell is not trying to be smart or artistic. It’s hoping you’re watching it at midnight, surrounded by likeminded individuals, smashed out of your gourd. In some ways, it’s counting on it; Watching this film sober is not a pleasant experience. 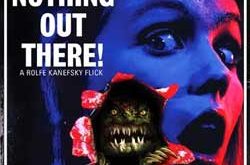