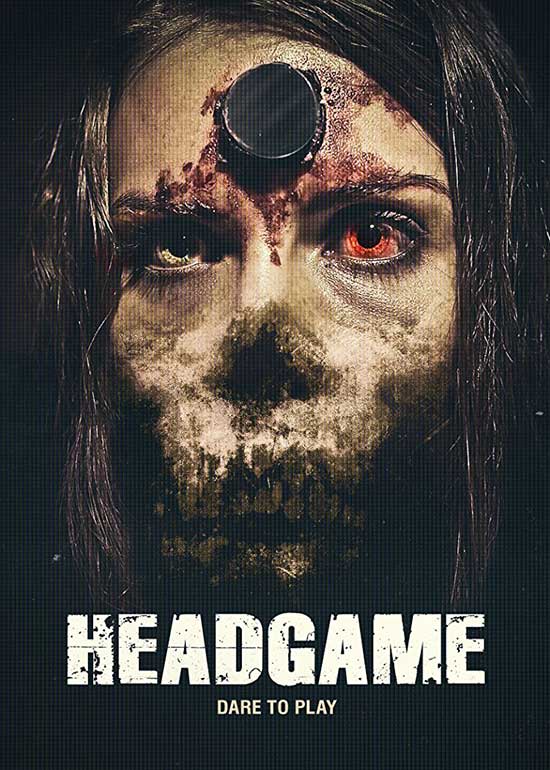 A group of young people awake, locked inside a warehouse with cameras screwed into their heads. It becomes apparent that they are unwilling competitors in a deadly game, and they will need to murder each other if they hope to survive.

Don’t mind the IV or the heart monitor or the machine that goes PING! I’m just recovering. I know, I know, it was a silly thing to do. I swear, I was NOT trying to hurt myself. Honest. I just wanted that movie to stop. But it just kept adding another scene and then another. I swear to James Gunn that I thought I was watching the end of “American Gigolo” again.

Let me explain things. I don’t want to see anyone else suffer the losses I have. Now I have to buy a new TV, but I can’t replace the best and most loyal friend a movie dork ever had. You shouldn’t have to lose your beloved TV as well if you heed my words. 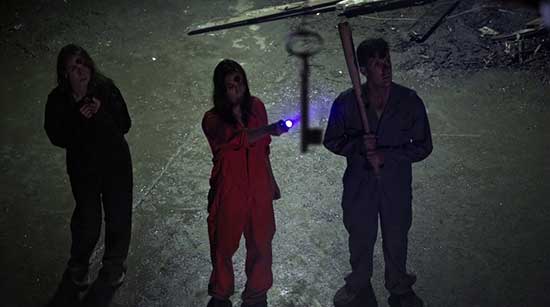 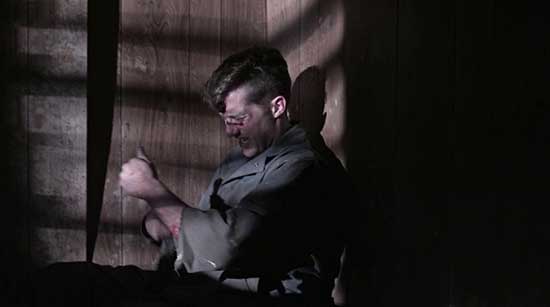 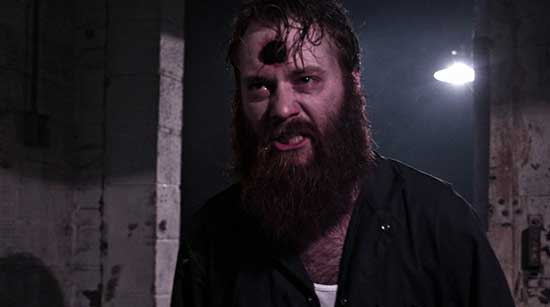 “Headgame” is about a group of people in their <cough>20s<cough> who find themselves trapped in the biggest basement EVER. Okay, probably not a basement. But what makes it so cool is that they all have black discs implanted in their foreheads. Cameras! Yeah, they look like really cheap checker pieces, but just go with it because it leads to the most original idea. Take a hit because your mind WILL be blown. They are trapped in a maze where they must kill each other while a group of uber sexy vaping folks watch through the cameras mounted in the contestants’ foreheads.

Whoa there. Mounted “in” their heads? you ask.

Just go with it. I had to. And we won’t even discuss where they put the battery for the cameras. Just like we won’t question the fact that when the first weapon, a machete, is discovered absolutely NO ONE grabs it and starts hacking up the others. Only one can get out alive, so why not, right?

For the next hour, the people, now split in to a “good” group and a “bad” group, dart amongst a maze created by stacks of wooden palettes as they look for a key and the door that leads to escape. I guess pushing over a wall of palettes causing a domino effect never crossed these people’s minds. Oops. Sorry, that would end the movie way too early. 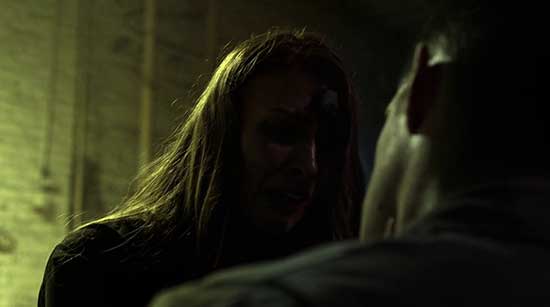 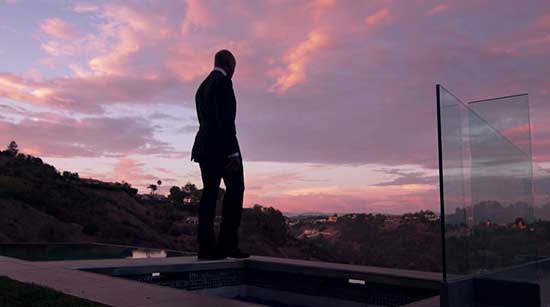 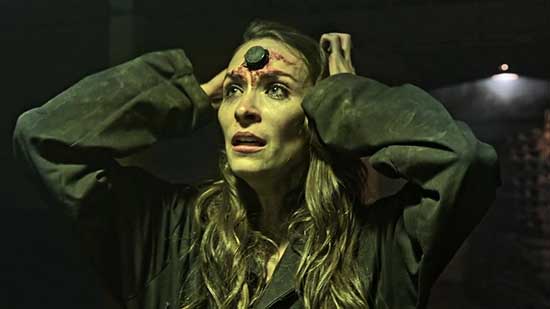 At this point, we have been put through watching poorly staged fights, inept makeup effects, gratuitous character bonding, and that decapitation you knew would happen the minute they found a machete. Just like the surviving character, we feel as if we have fought our way through some of the worst scriptwriting – I mean, near-death experiences; we deserve a release from our torture.

Forget it. It starts to feel like the scriptwriter ended the movie, then said, “But wait!” He thought it was so cleaver that he adds a little more here and there. By the time the actual end rolls around, you are hoping for sweet, sweet death to visit all the characters in the film.

I couldn’t take it. After what felt like the third likely point to end the film was ignored, I heard what sounded like Mark Ruffalo shouting, “Hulk angry. Must SMASH!!” There was a crash. Then, nothing, until I woke up here.

Joking aside, let me be clear. “Headgame” is bad. Movies from The Asylum have better and more original stories. Every step of the plot, you will be there before the movie and/or the characters are. After a decade-plus of rip-offs and copies of the “Saw” franchise, the premise is tired, and the tropes, like dead horses, have been beaten many, many times before. 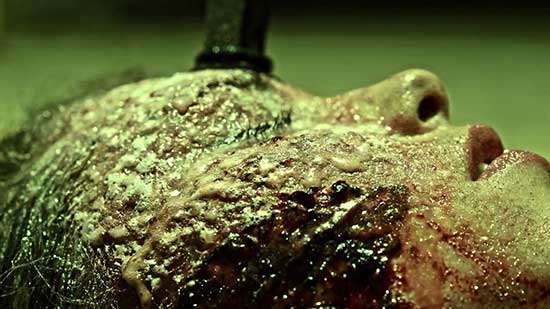 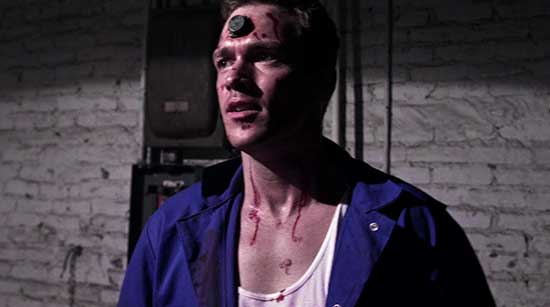 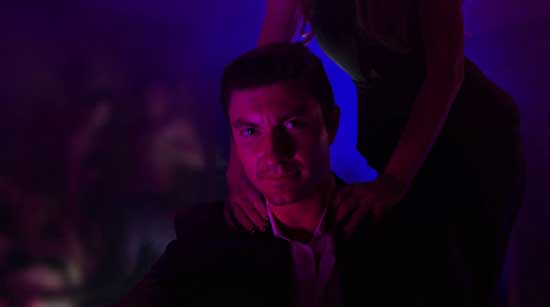 The acting is nothing to write home about. I think the fault, yet again, lies with the script as it gives the actors little more than rote clichés to rattle off between more shots of stacks of palettes. I just hope at least one of the people involved got their SAG card for doing this as it will somewhat justify the film’s existence. 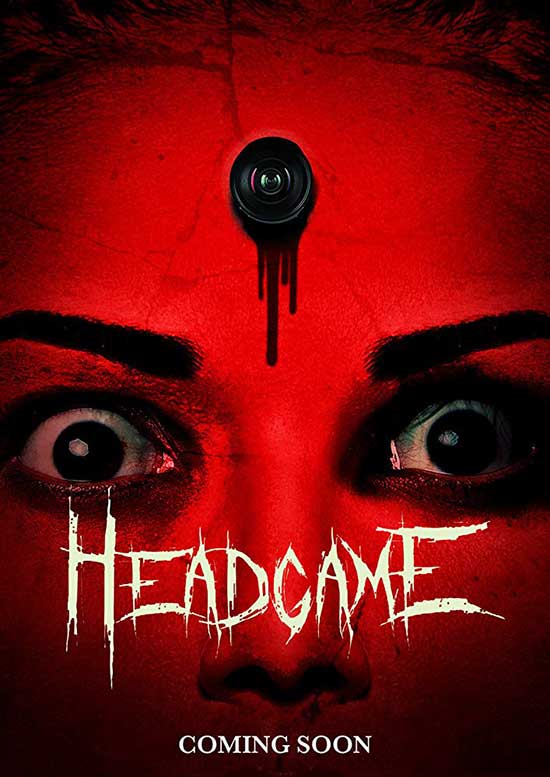 Can I say anything good about “Headgame”? Yes. The camera work was adequate, if pedestrian.

You know, instead of watching this movie, just find a copy of the video game “Manhunt” and play it. It has a better story and is so much more fun.