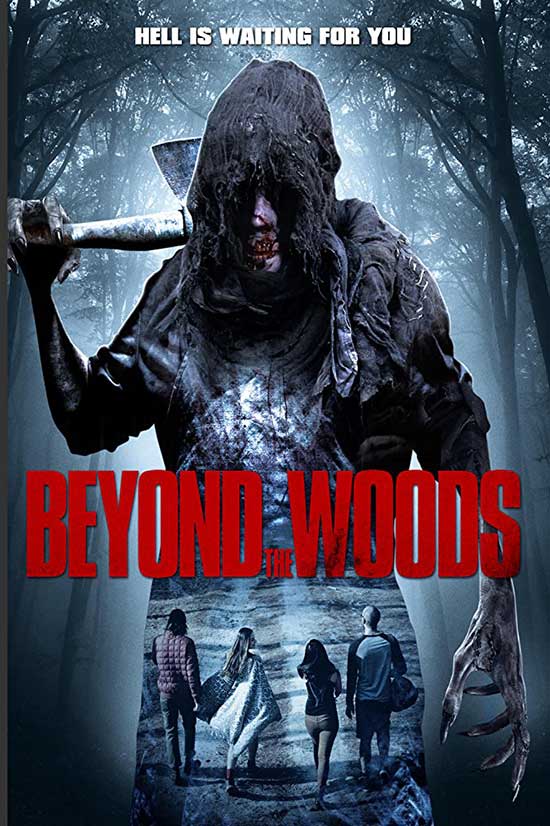 A gathering of friends is thrown into chaos by the opening of a mysterious fiery sinkhole near their secluded holiday home.

Short version of this review:

If Seinfeld was a movie, it would be Beyond the Woods. I’m not sure which is funnier.

Longer version that will make the editor-in-chief happier:

Here we go again with a batch of city folk wandering out in the wilderness, and weird stuff starts happening, and then everyone is chased by some figure wielding an axe. 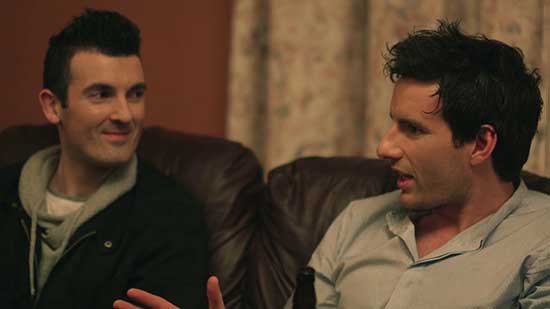 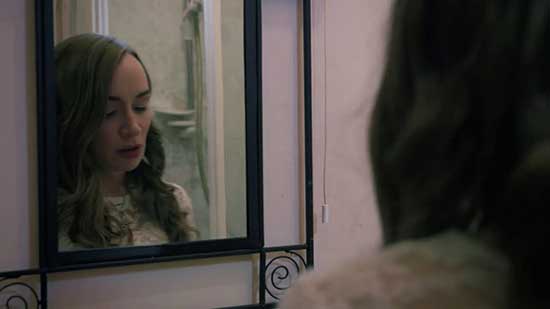 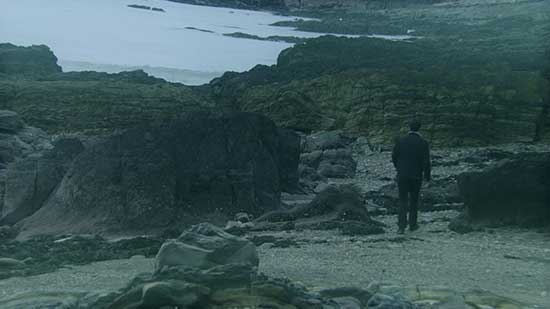 Oh, wait. What is wrong with these characters? They act mature, like real adults might. They talk and interact without leaning on tired topics that are designed to move the movie towards whatever horrific thing that will dominate the second half of the film. There isn’t an air-headed teenager in the group.

How in hell am I supposed to relate to these people? I mean, a couple of them border on stereotypes. I can work with stereotypes. They are flat and disposable. But these characters? What am I to make of characters that are not pigeonholed for my ready consumption? You mean I have to pay attention and actually get to know these characters? I don’t think I like that much.

Let’s look at Beyond the Woods a little more seriously this time.

We have a gathering of friends and friends of friends at a house deep in the woods. They haven’t seen each other for some time, and all of them need a break from the typical generic rat race that is life, so they gather to enjoy Nature and the pleasant company of loved ones.

Everything seems fine, until everyone gets a whiff of the air. It seems that an unusual sinkhole has opened up in the magical Irish forest nearby, and heated sulphur fumes are being belched out faster than Donald Trump can tweet an offensive message. The news reports are jokingly calling it the gateway to Hell. As a result, everyone decides that staying in the house would be best, just to avoid the fumes. 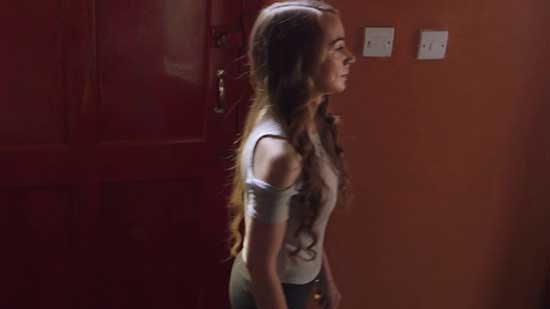 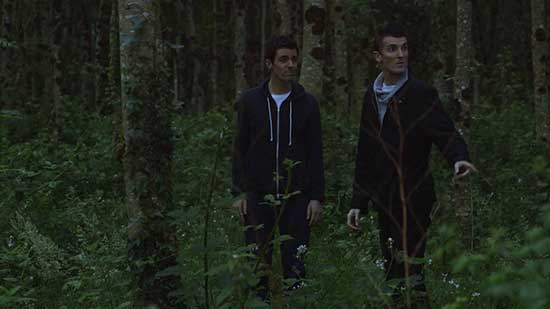 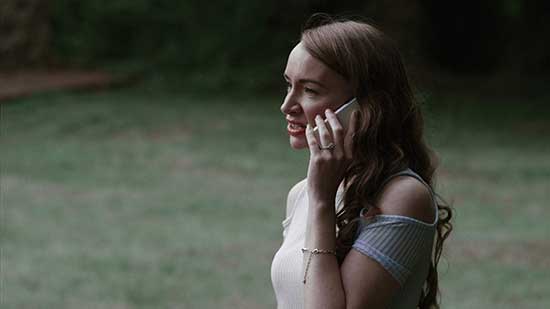 We have the hosts, Marissa and Jason, who are basically neutral parties in that they are friends with everyone. Then we have Emma and Shane who are, based on certain tales, a couple with a past full of parties, drinking, drugs, and sex. Lots of sex. We also have Ray and Lucy who are the uptight couple who argue about Ray’s obsession with his work and his inability to just relax for one weekend. Last, and pretty much least, we have poor Ger. The love of his life ended their relationship, so his friends invite him along to help him get over it as well as rub in his face that fact that every other person has a loved one to pair up with. Plus, in just the right angle, he looks a bit like a thin Morrissey, but he doesn’t attempt to sing, thank goodness.

For nearly an hour, we are focused primarily on the characters. They laugh. They drink (a LOT). They get high. They embrace the loving gestalt of friendship. Some of them cheat on their spouses. Some think poorly of their friend’s choices. And poor Ger gets lost less than 100 feet from the house.

Sounds like some of the weekend parties I went to as a college student. Especially getting lost just outside the house. 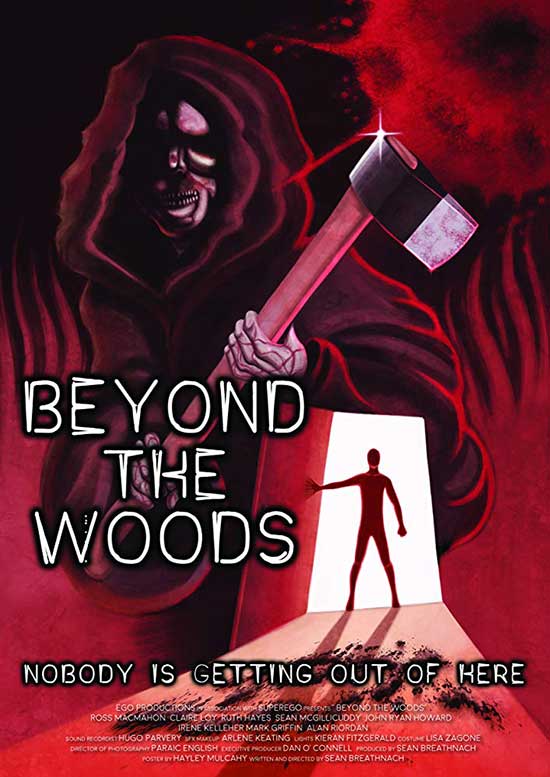 Yet things are not quite right. Everyone keeps noticing fresh dirt and mud on the floors, yet they never clean up the mess and never mention it to the others. Others seem to be having visions of doppelgangers in the mirrors. A few seem to just feel weird but aren’t sure why. Maybe all the drinking and dope smoking?

Then we start getting glimpses of a hooded figure who looks like a cross between a burn victim and a rotting corpse who seems to be stalking both the house and its occupants.

At this point, you probably feel semi-confident that you know where this is going. Most likely, you will be close to right. It has a vague undertone stolen from Oliver Stone’s Seizure with its commentary on life, death, and our fears connected to each. In fact, you almost expect a modern version of The Devil’s Nightmare, with each of the characters representing one of the seven deadly sins. In an odd way, it does play out like that. 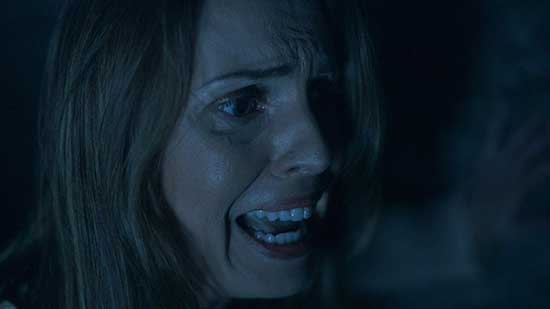 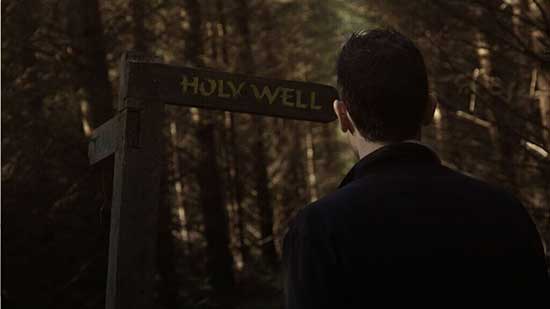 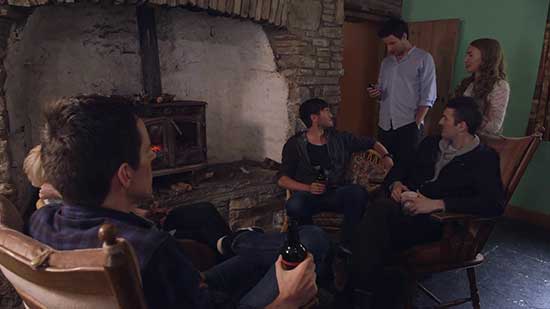 But here is where the film stumbles. You start out with a pretty entertaining and interesting film about friends, their lives, and how time and age affect those relationships we want so very much to last forever. That part of the film is fine. However, once they start pulling the horror elements in, you feel like you’ve been here and done that far too many times. Admittedly, the horror portion of the film pretty much comes near the end and isn’t all that interesting, so why bother? I’d rather see how Ray’s infidelity is handled, and have the characters grow and learn from their actions.

Sometimes, horror is why we can’t have nice things.

In the end, like Seinfeld, this movie ultimately proves that it is about nothing.