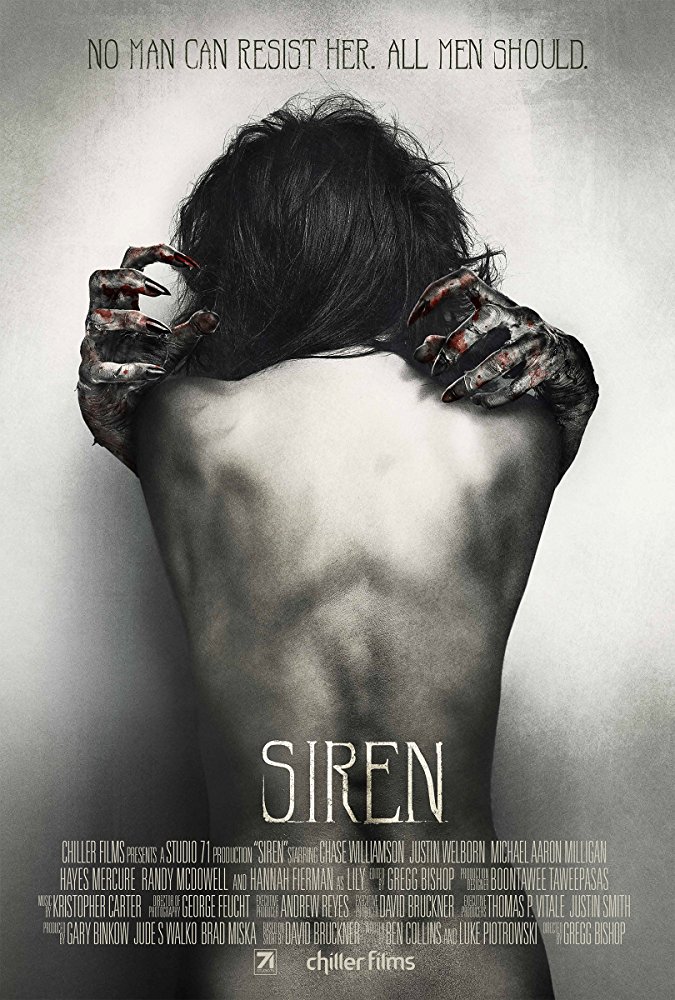 A bachelor party becomes a savage fight for survival when the groomsmen unwittingly unleash a fabled predator upon the festivities.

Remember the ages-old mythology direct from the Middle Ages about the Succubus and the Incubus, the female and male demons, respectively, who used powers of sexual allure to draw life force from their victims and enslaving their will in the process? It’s an oft-told tale that gets a dusting off every few years for film, television, and literary media purposes because it has just the right dollops of all that exemplifies the horrific to make for an attention-grabbing goose-bumper. I first got wind of the Succubi antics with William Shatner’s (Yep, that space captain dude!) first and only foray into the Esperanto language in 1965, The Incubus. Truthfully, though, Shatner’s entry was more dream-state performance art than horror film. A more prosaic telling of the story came with John Hough’s same-titled creepfest from 1982, starring John Cassavetes as the burned-out cop to beat all. Indie filmmaker David Bruckner revived the legend for his Amateur Night segment of the anthology feature hit V/H/S in 2012. Siren, from director Gregg Bishop is much both an expansion of and furthering of that short. While it is an ambitious effort that has the look and feel of something bigger than it actually is, I wish that the central characters weren’t saddled with all the depth of the guys from The Hangover movies. 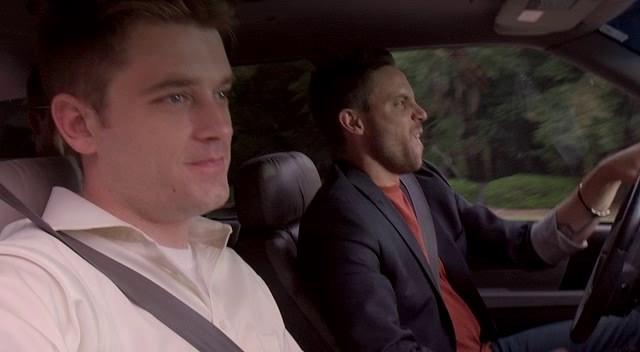 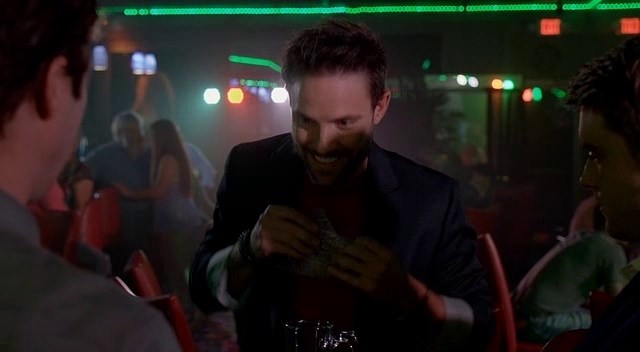 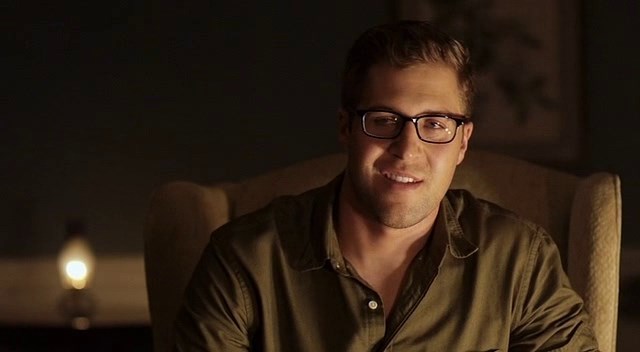 There’s enough that’s interesting, twist-wise, in the plot to carry some interest. A venal huckster named Nyx has managed to capture a recently conjured up Succubus to attract customers to his mansion converted into a strip joint. Enter super nice guy Jonah, who’s about to be married, and his three groomsmen, looking for good time bachelor party hijinks. Nyx, seeing a prime victim to feed to his monster-in-chains, lures Jonah and gang to a private area of the place, sending the young groom into a hidden hallway where he stumbles upon the creature, appearing in nude human form and with the name Lily. Thinking she is a sex slave, Jonah rescues her. He soon realizes that he’s unleashed something pretty much straight from hell, a monstrosity who attacks and rips apart any males who get in the way of pursuit of her target, which is Jonah. Will the pure soul Jonah save the day and return to his bride, or will he succumb to the seductive prowess of Lily?

The hero and his pals are shown as a fairly predictable lot here. After a brief visit to a dull club, Nyx appears to entice the foursome with a better place that promises to satiate all their desires and then some. Hormones raging, the group doesn’t seem to be too concerned that the place is an isolated mansion miles from anywhere and in the deepest, darkest thick of forestation your likely to ever see in a horror film. One of the gents suggests turning around but is quickly convinced by the others that real men take the adventure. These aren’t the brightest bulbs on the planet. I will give credit to writers Ben Collins and Luke Piotrowsky (with help from Bruckner, stepping in as executive producer for this) for providing a level of fun by having the pseudo-macho façade stripped from these men in the face of the bloody attacks by Lily. However, in so doing, they go too far and remove the mental spine from each. Each of the males is reduced to a quivering, crying mess at some point. The few attempts at real heroism from the gang are hampered by both futility (I laughed when the car they are met with on the road as they are escaping turns out to be the very car that’s chasing them) and Jonah’s frequent bouts with fear and hysteria (amusing that, in something of a role reversal, he gets the scream queen trope of tripping on a branch while running!). 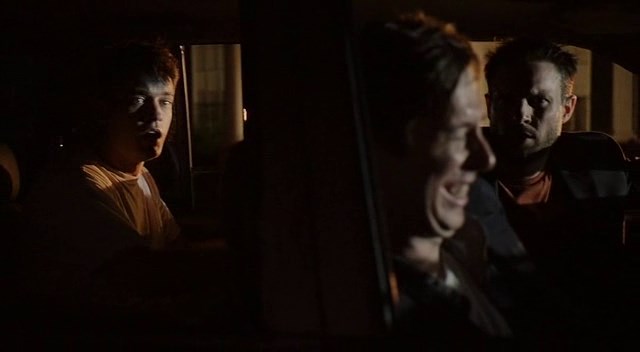 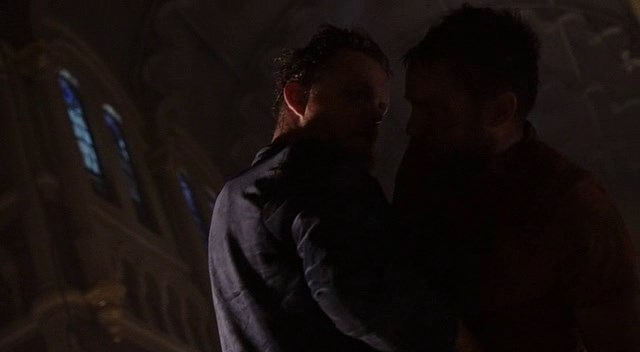 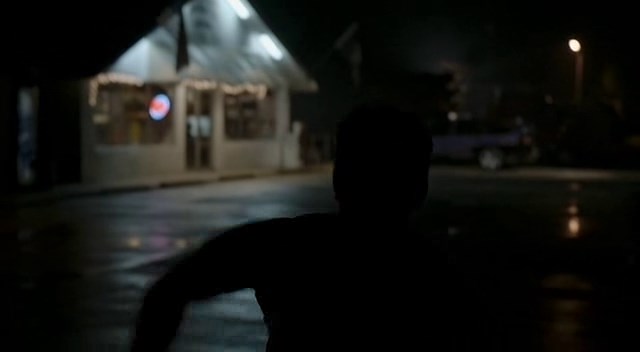 Now, I did appreciate a subtle subtext of what appears to be Jonah’s growing attraction to Lily even as he still claims love for his bride-to-be Eva. A sense of dissatisfaction, of something missing in the relationship? It seems to be a pull more than just from supernatural force going on. In fact, Jonah has several opportunities to at least stand up to Lily if not try to destroy her and he doesn’t really always seem interested in doing that.

One of the positives in the casting department was Bishop’s insistence, over studio Chiller Films’ reluctance, to have Hannah Fierman reprise her role from V/H/S as the succubus. Fierman puts her beauty and remarkably expressive eyes to good use. There’s a sadness and sympathy to Lily that she is quite the exploited victim of Nyx’ machinations. Rarely does an actor imbue a role with such depth of emotion with nary a line of dialogue to assist. Justin Welborn applies the appropriate amount of oil and venom to his human variety monster Nyx. Mixing a shade of Michael Parks into the slimeball. Chase Williamson, as Jonah, starts out fine but teeters to overwrought too much to be believable. Ditto Hayes Mercure, Michael Aaron Milligan, and Randy McDowell as his compatriots.

The Savannah, Georgia locales nicely stretch the $300,000 budget for a rich atmosphere that is missing in even bigger budgeted efforts. The sprawling mansion used for much of the shooting is a gorgeous touch, adding a chill in the air of its own making. There’s also some awe-inspiring cgi bits such as the wings that Lily sports in a few scenes. Gore fans will appreciate the ample ripped open chests and torn apart faces featured throughout. All adding to a seamless look to the affair that belies the constraints of money.

Siren is definitely an entry to seek out if your in the mood for late-night cuddling with your partner. If only the acting reached the level of the technical production rather than the scripted character level of that other bachelor party gone wrong film series. You know, the one with that Bradley Cooper fella.