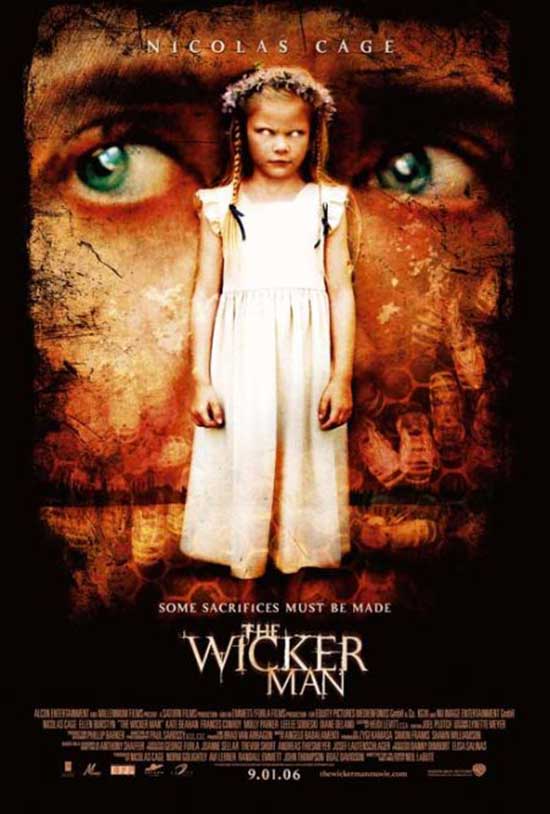 A sheriff investigating the disappearance of a young girl from a small island discovers there’s a larger mystery to solve among the island’s secretive, neo-pagan community.

In the remake of the 1973 classic, The Wicker Man is the story of Edward Malus (Nicholas Cage), a police officer from California suffering from PTSD after witnessing a mother and child die in a car accident during a traffic stop. While taking time to recover from the shock, Malus receives a letter from a former lover asking for his help. She lives off of Puget Sound on an island named Summersisle, and her daughter has gone missing. She wants Malus to help to find the child. As soon as he arrives, Malus’s investigation is stalled by the secretive inhabitants of the island as they try to deceive and mislead him. As he continues to try to find the girl, he soon comes to a horrific revelation about the plans the women of Summersisle actually have for him. Here’s a hint: it most likely isn’t the fulfillment of most men to have an orgy with hot, nubile women.

The original Wicker Man was a movie that, on the surface, was about the clash between Christianity and paganism. However, it was so much more than that. It was about people being trapped by their own beliefs, or the beliefs of others told in a story that was steeped in irony. It was a well-crafted movie that managed to slowly build an ominous tone of dread. It balances moments of humor (the islanders in that film plays the main character for a fool as if they’re laughing at him) and absurdity without ever becoming silly or undermining the overall dark mood it’s building. It’s an amazing piece of craftsmanship for all parties involved. 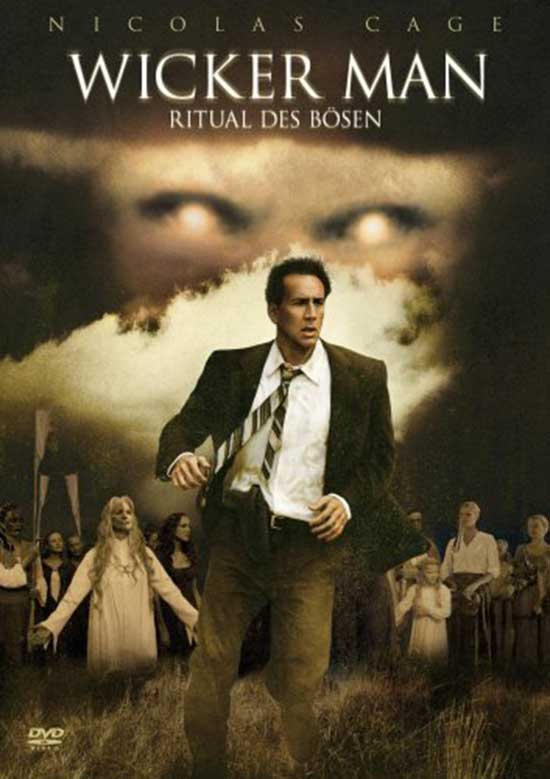 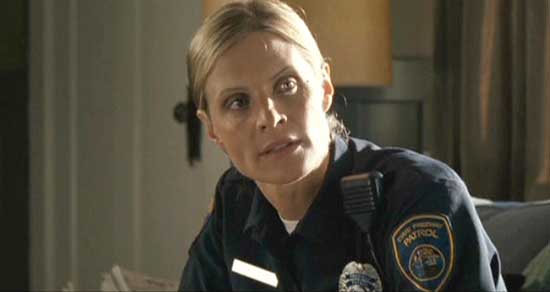 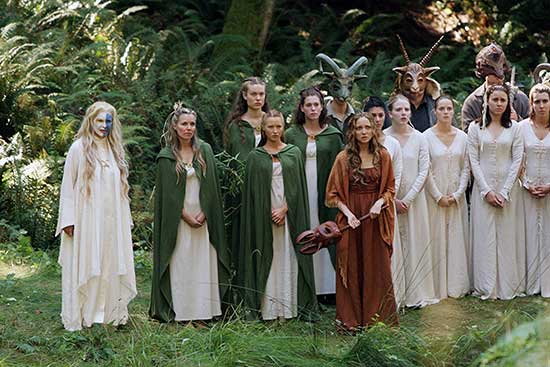 A remake for that classic film was completely unnecessary. The original is fine as it is. However, if anyone was going to even try, they needed to handle it with the same level of care. Instead, the filmmakers for the 2006 version pretty much said “Screw that!” and made something that was just a soulless and cynical attempt to cash in on the name. Pretty much like all the other remakes made in the last 20 years. This particular cinematic mess completely missed the point of the original in every way possible. It was made by people who seemed to have watched the original but lacked the talent to actually see what made the original so compelling and replicate it. It fails to build up any suspense until the last few minutes of the film, but by then it’s a bit too little too late. There’s very little subtlety to be found here, and the remake is devoid of the underlying sense of irony that helped define the classic. It has no real flair or uniqueness to it, no impending sense of doom, not cleverness in the way it presents or themes.

To be honest, I’m still not quite sure what the story’s point was. It wasn’t centering on a theological clash like the original. If it was striving to be some kind allegory about a struggle between patriarchy and matriarchy, it goes about it the wrong way. It’s doesn’t do enough to establish Malus as a symbol for patriarchal dominance to find himself at odds with women who challenge his masculinity. While he does try to exert a sense of authority in a few scenes, it doesn’t come across as him trying to show the women that the man is now in charge. He was trying to invoke the power he felt his badge gave him (even though he was out of his jurisdiction). If his position as a police officer was intended to set him up as a symbol for male dominance, then the folks behind the camera did a piss poor job of making that clear. Just having his name be the merging of the words “male” and “phallus” isn’t powerful enough indicator of what he was supposed to be. For the age-old theme of “man vs. woman” to work, they should have made Malus more confrontational and act more threatened by women who refused to be cowed by his masculinity. Instead, he just came across as a guy trying to help someone out and growing increasingly frustrated by a populace that seems intent on playing games with him. 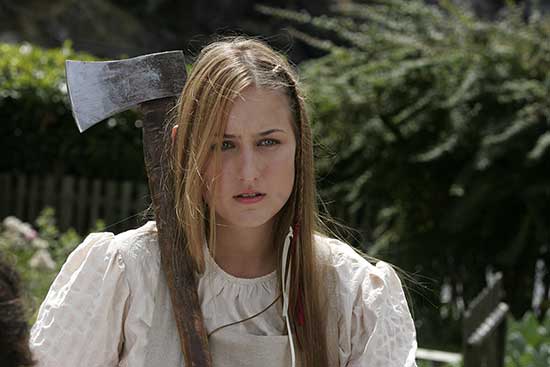 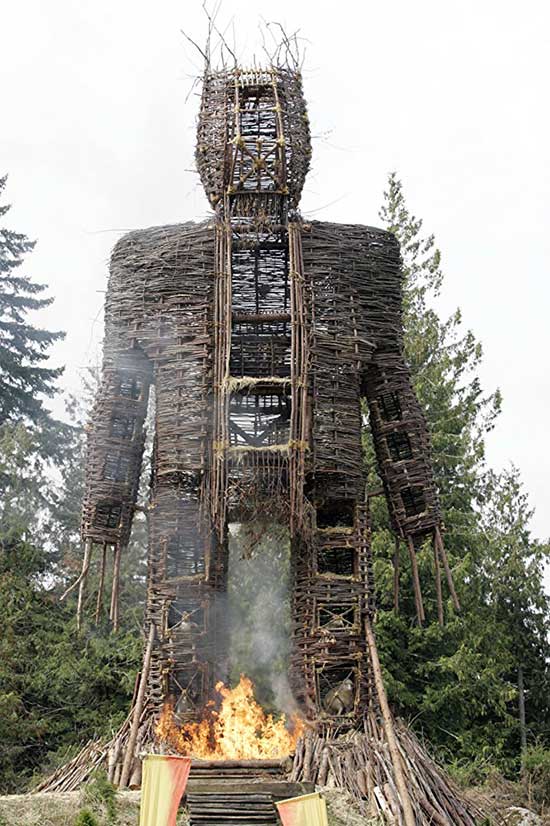 As I mentioned before, there is no real sense of tension until the latter point of the film. Director Neil LaBute doesn’t do enough to help add layers of dread as the film progresses. Instead of using music, and visuals, to keep a building sense of horror, he just resorts to showing us nightmarish visions Malus has of the horrific accident he bore witness to at the beginning of the film. It’s the same kind of lazy jump scare tactics that most soulless remakes resort because the people behind the camera lacks the talent to do anything that requires skill. If we were to describe the original Wicker Man and the remake’s approach to horror using metaphors, then I’d have to say the original handled the horror with the precision and elegance of a neurosurgeon wielding a scalpel. The remake just goes for smacking you in the head with a sledgehammer at regular, almost predictable, intervals.

Not all, however, is lost. The movie is saved by one man, a brave hero who is not afraid to turn the overacting knob all the way to “11” and save what would have been a completely dull experience. This dark knight of cinematic justice is none other than Nicolas Cage. Everything from his gestures, facial expressions, or penchant for screaming some of his lines makes the film unintentionally hilarious but so very entertaining. If I had to rate his level of overacting, it’s somewhere between his portrayal of Johnny Blaze in Ghost Rider: Spirit of Vengeance and when he played Castor Troy in Face/Off. What makes it even better is that the film gives his moments like: 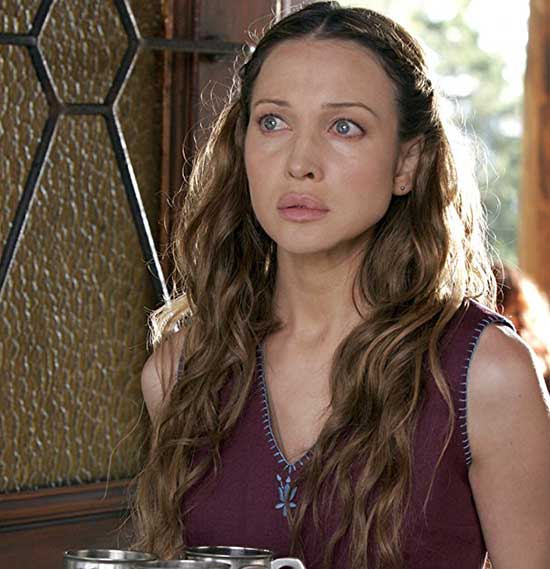 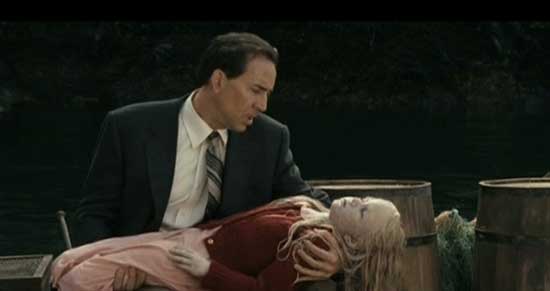 Cage trying to deliver lines about how finding a little girl is important but does it such a way that it makes one think of Adam West in the old Batman television series. It also has scenes like Cage psychotically screaming at people when asking why a doll he found was burned. His face while doing so is indescribably funny and made me giggle. Cage dressed up as a bear punching a woman in the face. Cage screaming “Not the bees! Not the bees!” hysterically while contorting his face in the most exagerrated ways as bees are poured into a cage around his head. He starts doing things in such an over the top manner that it’s hard to keep a straight face.

Mind you, I’m not saying his acting was good, just fun to watch. 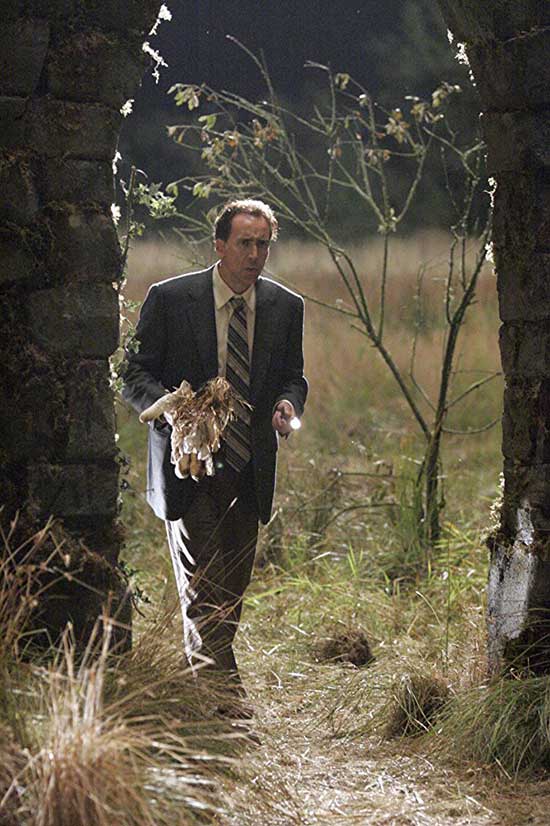 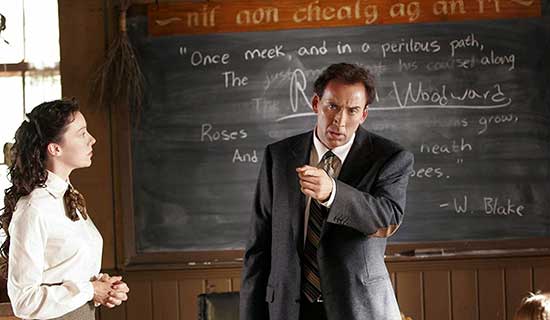 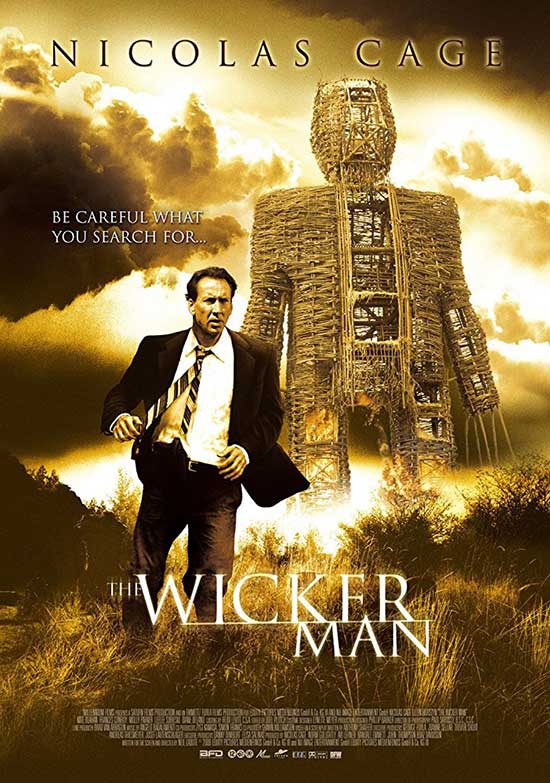 It’s the moments of unintentional hilarity provided by Cage that makes The Wicker Man so danged fun. It’s not the directing or story that will do it. It’s the complete lack of subtlety or nuance in Cage’s performance, along with some completely absurd moments (like when he roundhouse kicks Leelee Sobieski against a wall after she attacks him), that really makes you stay in front of your tv or computer screen. You’ll watch to find out what other unhinged depths Cage will sink to before the end credits run. He makes The Wicker Man worth your time for all the wrong reasons. Check it out.