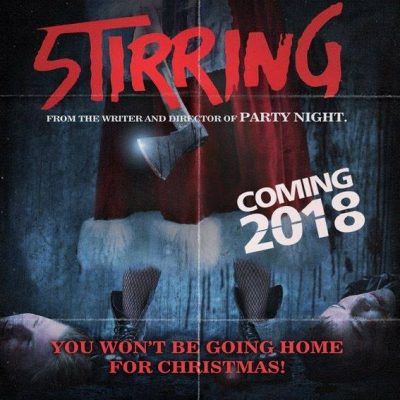 Students attending a Christmas party at a sorority house with a sinister past are stalked by a bloodthirsty killer disguised as Mrs. Claus.

Yes, I’m reviewing a Christmas Slasher film in May… sue me. Well, actually, don’t sue me but just get over it because I’m excited to talk about this one! 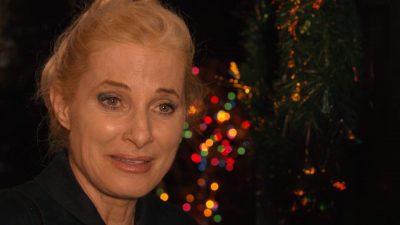 I got to check this one out at Texas Frightmare Weekend this year. And I’m so happy I did.

So I’m about to give you the Great, The Good, and a little bit of the bad.

Are ya’ll ready for this?

The Great: Troy Escamilla who wrote and directed the film you could really tell he loves Christmas slasher flicks. It reminded me a lot of a mixture between Black Christmas and Christmas Evil with a new and inventive villain. I’ve seen a million movies with a killer Santa but I don’t remember any with a Killer Mrs. Claus. Now that’s pretty cool! 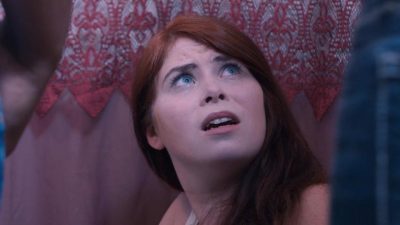 And last in the Great: is the cast… Every single one gave a unique and different character that stood out from them all. The 4 I’d like to mention the most are: Kaylee Williams, who I was shocked at her character. Most of the characters I’ve ever seen her play were sweet and lovable characters. This movie showed a different and darker side to her. And she looked like she had fun doing it too. Mel Heflin was excellent as well. Playing a pledge who gets a bit more than she’s bargained for. Just her expressions alone pretty much said it all at times. The two others that stood out were Helene Udy and Brinke Stevens. Though they are veteran actors they were still top notch as ever. 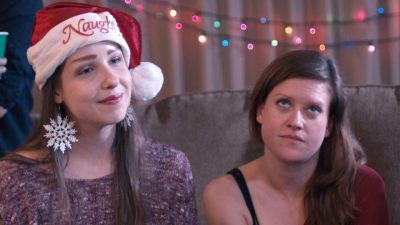 The Good: The FX and the Deaths looked great but not nearly as interesting and clever as I was hoping. Most seemed very been there done that which is fine when it comes to slashers these days but was hoping for a little more gore.

So here’s the bad: And as I said… it’s only a little. The only flaws I saw with the film was it felt like it dragged a bit toward the middle of the movie. There were a lot of characters which I enjoyed because that meant that there were a good amount of death scenes. However with it being so many characters sometimes it slowed the movie down a bit when they were just hanging out talking. Not a big deal though since the running time wasn’t longer than 90 minutes. 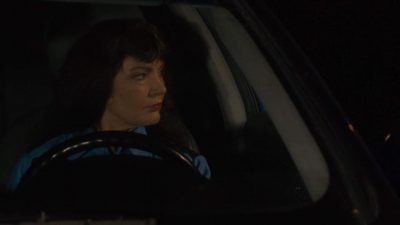 All in all I enjoyed this film. I wasn’t sure what to expect. Even though I had a screener of Party Night, Troy’s other film, I never got a chance to watch it. I’m hoping to see it sometime after it’s release and I’ll do a review of that as well. If you’re looking for a fun movie with a sick new villain check out… Stirring.

Stirring has been picked up by Wild Eye Releasing and should be out sometime later this year. 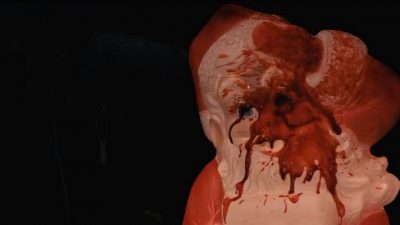