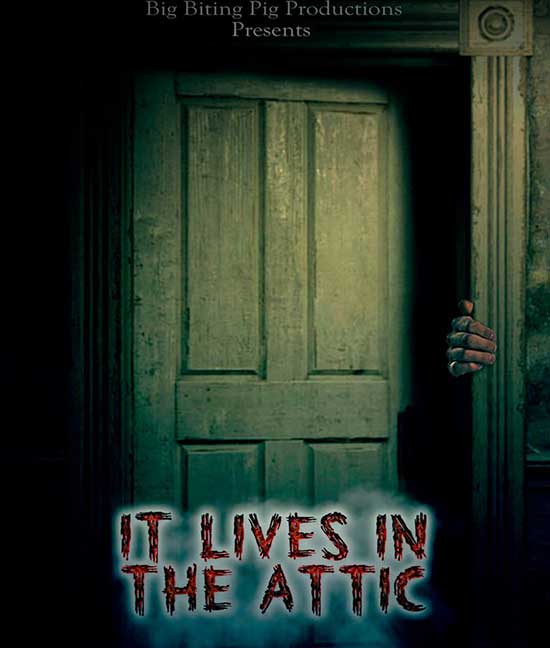 The lives of several people take a terrifying turn after discovering the attic in an old house with a mysterious past.

It Lives in the Attic is a no-budget psychological horror thriller with just a dash of supernatural spook-house flair thrown in. It’s the seventh (!) full-length directorial effort from actor/producer Steve Hudgins (Hell is Full, The Caretakers 2014), who also plays one of several leads in the picture. What initially comes off as a very amateur production ultimately turns into a cleverly plotted mind-warp of a film, whose charm and smarts outshine the many minor foibles in direction and editing.

The film opens with what feels like a self-contained short film, following happy-go-lucky Andy (Michael Coon, The Creepy Doll 2011) on a solo camping trip that ends in horrible bloodshed. 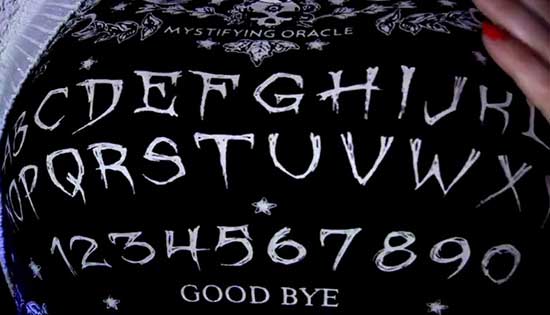 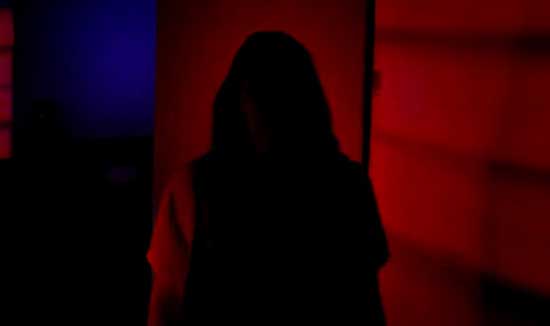 The title then ensues, and the film that follows alternates between the experiences of Andy, a loser researcher named Barney (played by Steve Hudgins himself), and the luckless Ellie (Jessica Leonard, Frances Stein). Each character has a chunk of movie dedicated to their main story arc, as well as several alternating segments that appear out of chronological order, explaining everyone’s connections and how they got into their current predicaments.

The performances are overall good, though Coon tends to ham it up too much when compared to his counterparts. Leonard does swell as the attention seeking Ellie, and she proves adept in communicating with facial expressions alone. Hugdins, too, does an effective job as the social misfit Barney, though he never reaches the emotional depth on display in Leonard’s performance. 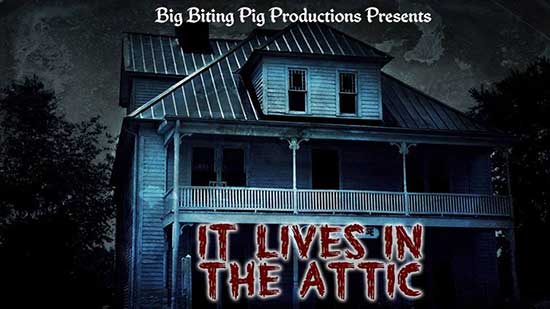 The script is the real star of the show, and its lack of lengthy dialogue gives the actors room to shine, providing much more tension than would any excessive exposition. The plot is interesting, and audiences come to trust that all the confusing character introductions and scene changes will be explained in due time. The only fault in it comes with the titular attic, which feels like a relic of an early draft. Its inclusion is shoehorned in, and some further work on the plot to remove it would’ve both benefited the viewer’s grasp of the material, and lessen the novice feel of the picture. 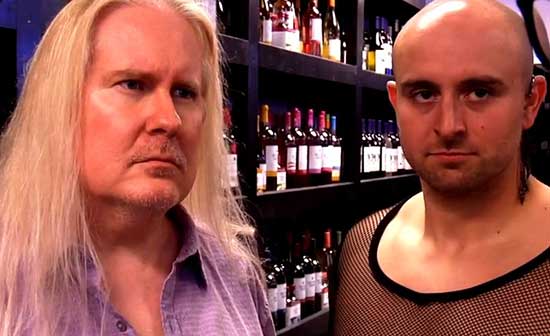 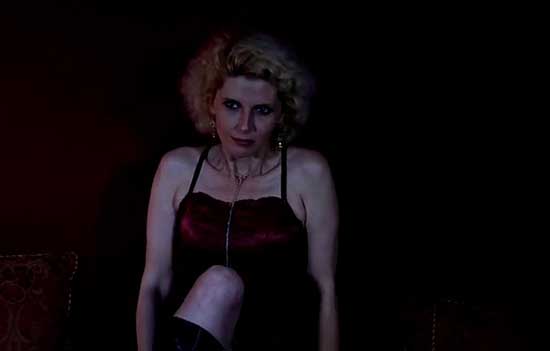 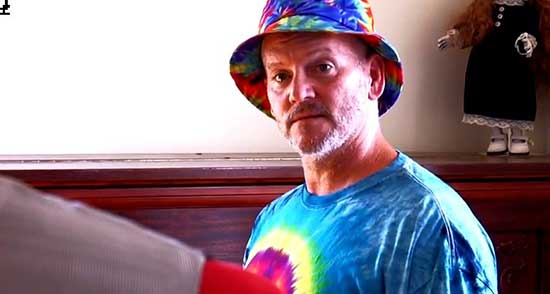 Hudgins’ direction is inoffensive at best, and brutally amateur at worse. Occasional moving camera shots would’ve been better served on tripods, and low-angles abound. Combined with the home-movie video quality (mostly the fault of natural lighting), these shots give the film the unavoidable stamp of a “My First Movie” production. As mentioned before, however, this is Hudgins’ seventh movie, and it’d be nice to see him raise his behind-the-scenes skills to the level of his scripting and acting.

The editing also could’ve been tighter, and cutting the fat would’ve helped the flow of the plot, particularly in the beginning section. The productions lack of makeup work on the cast is painfully apparent (it’s difficult on a big screen to avoid focusing on Coon’s dry skin,) and less full-face closeups could’ve been used. Still, the fact that Hudgins can carry such a complicated time-skipping script well enough to keep audiences curious is a win. The sound is okay as far as no-budget film entries go, but it’s clearly not a professional job as dialogue and the soundtrack sometimes dip. 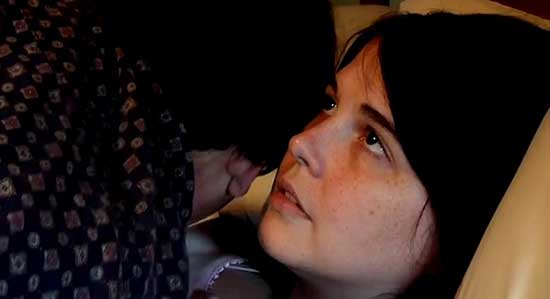 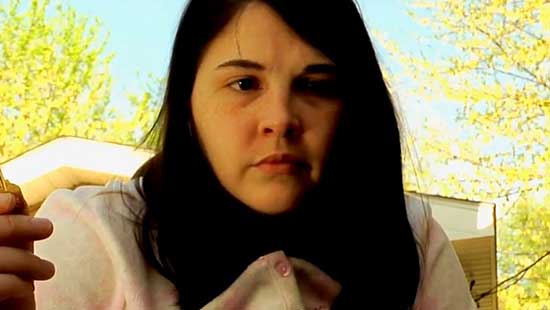 Ultimately, It Lives in the Attic is an interesting watch for those willing to trust that a movie will reveal its secrets in the end.

The desire to find out what’s going on, as well as the decent performances, make forgivable the iffy production values and forced final twist. Aspiring filmmakers would be well-served watching the flick with an eye towards what works and what doesn’t, as it serves as a masterclass in how an interesting script covers all manner of sins. Despite a technical lacking, Hudgins continues to churn out interesting ideas, and let’s hope that he doesn’t stop making pictures before his camera knowledge catches up to his better qualities.