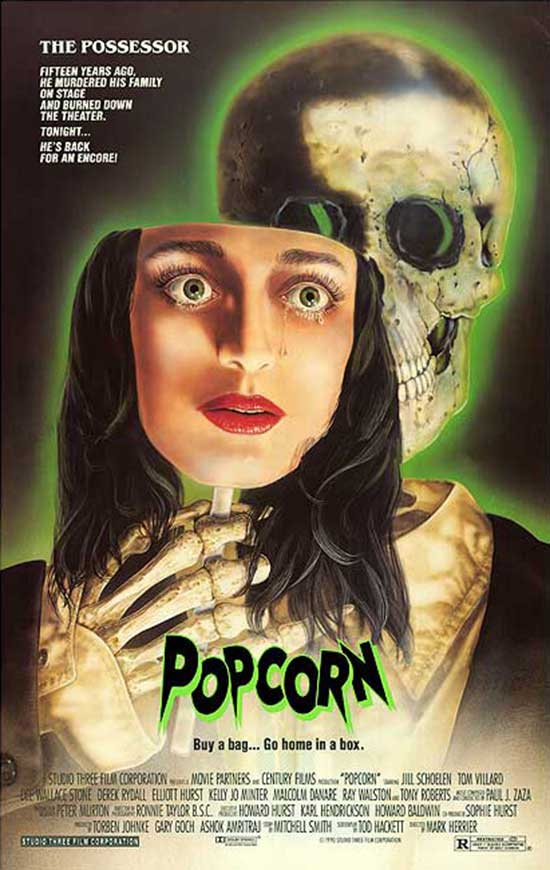 A murderer begins killing off teenagers at a horror movie marathon they have organized in an abandoned theater.

Popcorn was a slasher movie that showed up right when the slasher boom had run its course until Scream hit theaters 5 years later. As a result, Popcorn had flown under the radar at the time and until it showed up on a few premium movie channels in the 90s. After that, it seemed to fade into obscurity. However, it did garner a bit of a cult following over time and recently saw a BluRay release from Synapse Films in 2017. The question, however, is whether or not Popcorn is worthy of its cult status. 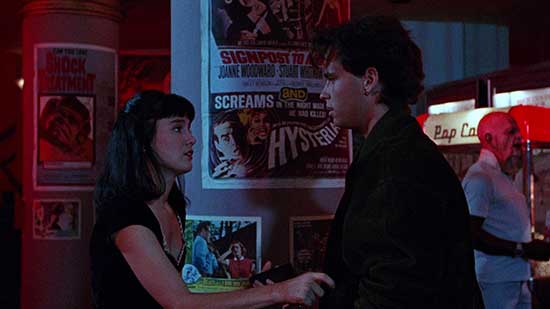 The movie is about a group of film students who need to raise money for their school program so they can be able to do their own projects. Their professor and his assistant came up with the plan to do a marathon of cheesy horror movies at a local theater, employing William Castle-like gimmicks to draw the crowds in. However, during the marathon, someone begins killing off the members of the film class. Maggie, the main character, has become convinced that the murders are the work of a man named Lanyard Gates, a cult leader who was supposedly killed nearly 15 years before after murdering his family on stage. As Maggie gets closer to the truth, she finds that she is the object of a madman’s obsession.

While Popcorn didn’t set the world on fire upon its release, it did have a lot to like. It preceded Scream with its ironic humor towards horror movies of the past. It didn’t make the same self-aware statements about slashers like Scream did, but it instead touched on those movies from the ‘50’s and ‘60’s and men like William Castle who liked to add gimmicks to get people to see their work. That irony is expressed through the films that are being shown as part of the marathon even though we only get to see snippets of those turkeys. These “movies” within the movie were actually filmed just for Popcorn, and they’re all a tongue in cheek homage to those drive-in flicks of yesteryear by putting a spotlight on the bad acting, cheesy special effects, and overall silliness that were common in those productions. A lot of care was put into them, so you’d almost believe that these were actual films that had been made in the ’50s and ’60s 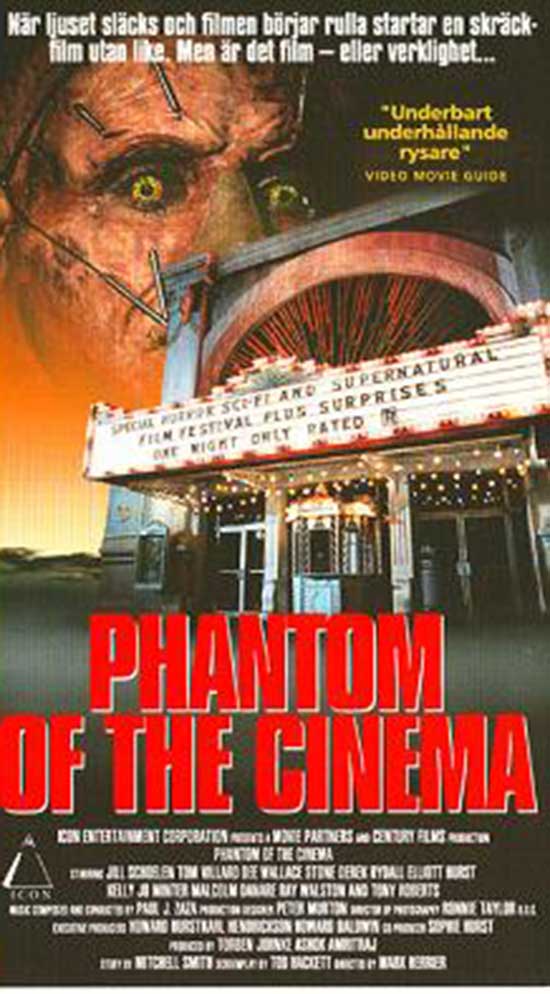 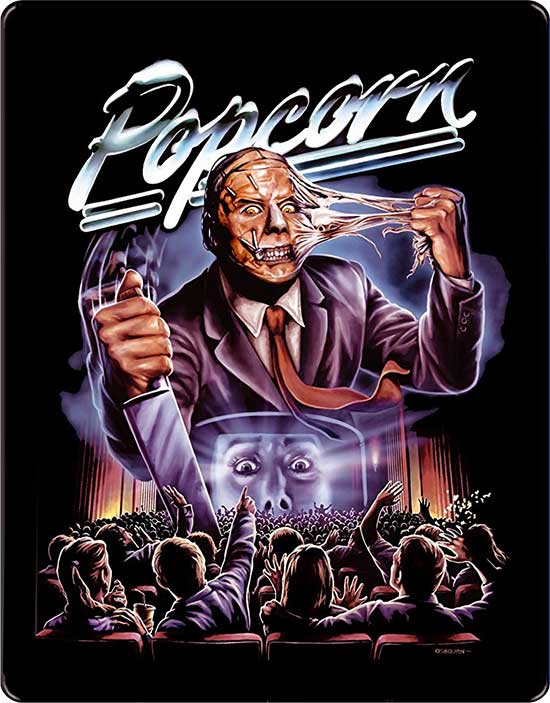 As for the main story itself, it was fairly interesting in its own right. The movie theater setting was a nice change of pace from the usual formula of kids camping in the woods getting picked off one by one by some maniac, and some of the kills were pretty interesting. While the movie may not have innovated the slasher genre, it still managed to do its own thing. It definitely had one of the more interesting killers. He had a neat gimmick of using his mastery of prosthetics and make-up (one could argue he was more of a genius at it) to disguise his identity, which was pretty original. He was a compelling villain as well. After his identity is revealed, he get to see how truly manic and nuts he really is. Once his motivations are explained to us, a lot of his actions and crazed childish reactions actually makes a lot of sense. While he started to become over the top during the last part of the film, I still found him to be a surprisingly well-thought-out, which can’t always be said for slashers. The actor portraying him was fantastic in this role, giving him the right touch of mania, humor, and tragedy.

I also appreciated that the characters weren’t the same collection of stereotypes we’re used to seeing in a slasher. There wasn’t the usual bullying jock, braindead cheerleader, etc. that we’ve seen fall victim to a madman time and time again. These were a bunch of film nerds that were largely likable and relatable if not entirely fleshed out. It also helped that most of the cast gave pretty solid performances. The sad thing is that most of them aren’t given a lot of development. While not relying on giving us trite stereotypes, the filmmakers still don’t let us know enough about them to really make us care about their fates. 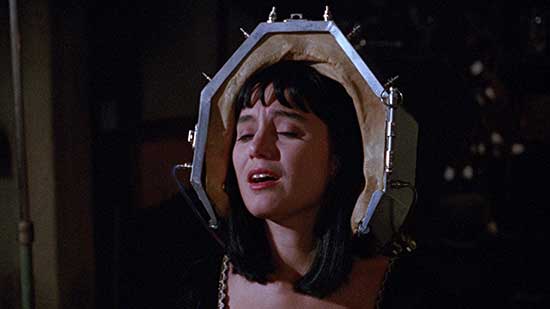 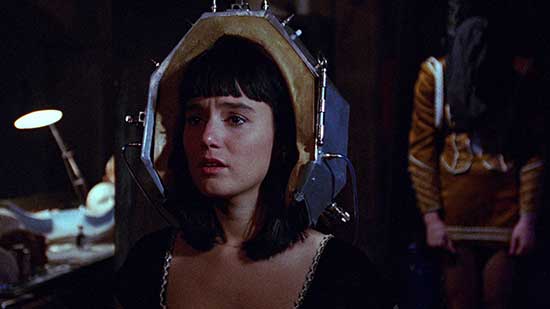 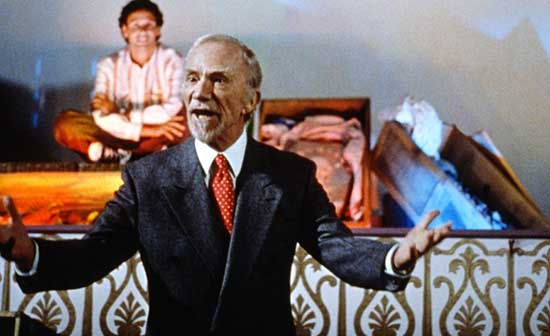 I should point out that this isn’t a movie without its flaws. While most of the cast is pretty good in their roles, there are a still a few actors that aren’t all that good. The villain’s over the top antics near the film’s climax may be a little too much for some people. He tends to be more comical and less threatening during those episodes. However, I think the most glaring issue is that there is a scene in the film that’s completely out of place. In it, we’re shown evidence that our killer is supernatural. After that scene, we’re shown no other evidence the supernatural. This is even more confusing when the killer is revealed (spoilers) to be all too human. It makes it feel like the movie was intended to go one way and then went another

Funny thing is, that could be the case. From what my research turned up, Alan Ormsby was originally intended to direct the film. However, disagreements with the producers during filming made him walk away from the project and be replaced by Mark Herrier. This makes me wonder if it was Ormsby’s intention was to have a supernatural element to the film, but Herrier ditched the concept. However, that leaves one to question why the scene wasn’t reshot or some explanation provided for such a seemingly otherworldly event. 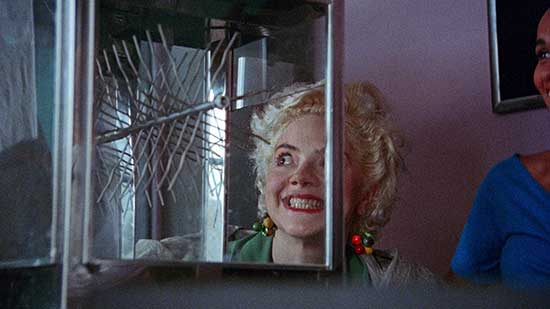 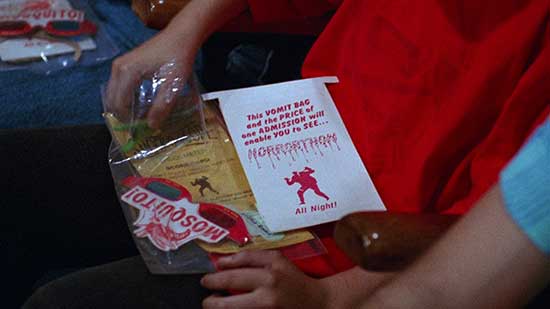 Popcorn is not a perfect movie, but it’s not as bad as its score on sites like Rotten Tomatoes may make you believe. It’s actually a fun little romp that may not be a classic, but I can’t help but think of it as a hidden gem. It has its flaws, but they really don’t detract from the overall film itself. It seems Popcorn was a victim of poor timing, and I’m sure it would have gotten more favorable attention had it been released some years earlier. With that said, I definitely think you all should check it out.