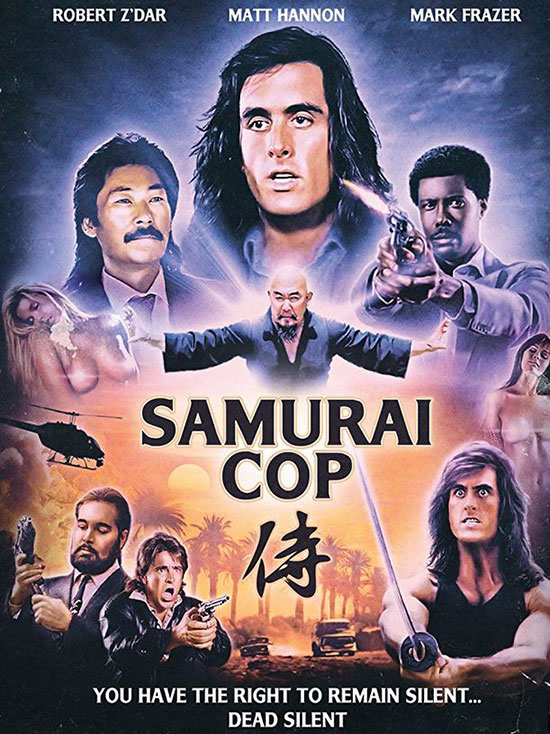 Joe Marshall and Frank Washington are two police detectives who must stop the ruthless activities of the Katana, a renegade Yakuza gang composed of violent and sadistic killers who want to lead the drug trade in Los Angeles

It can be interesting how a movie gains cult status. From what I understand, Samurai Cop’s own rise to pop culture awareness came from a clip from the movie that had been uploaded to YouTube. The video was a scene where the main character tries to flirt with a nurse. The mixture of bad acting and clunky dialogue seemed to hit a chord with people, causing many of them to watch the movie. From there, the film became another crap classic that people love because of how bad it is. It has been put out on BluRay and even spawned a sequel in 2015. 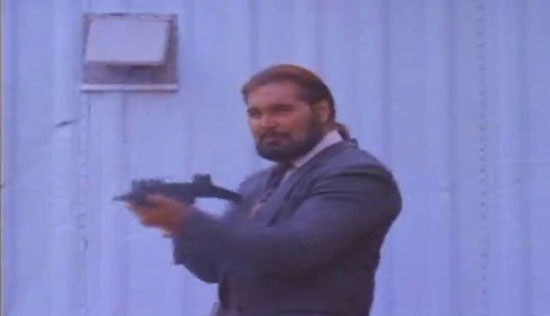 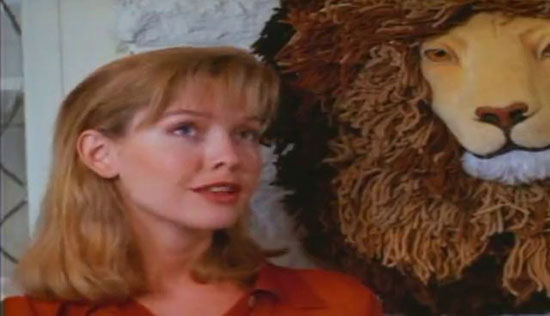 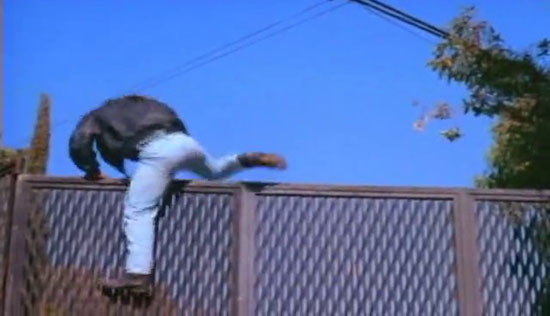 Samurai Cop takes place in Los Angeles where the police force is having problem with a drug running Japanese gang called Katana. They have detective Joe Marshall (Matt Hannon) transfer from San Diego to help them deal with the problem. He’s trained in the martial arts in Japan, and they feel is understanding of the Japanese culture might give them an edge in taking down Katana. With his partner Frank Washington (Mark Frazer), Joe takes the fight to Katana, eventually facing off against Yamashita (Robert Z’dar) and his freakish jawline.

The film was written and directed by Amir Shervan who came to America after the Iranian Revolution. Once he got to California, he started this dream of making his own movies. While it’s an inspiring of an immigrant trying to make it in America, Shervan didn’t have the talents to back up his ambitions. His scripts were derivative at best, usually aping (or flat out ripping off) more popular and successful action movies of the day. English was clearly his second language, and the dialogue he wrote clearly showed this. As a director, he showed little skill in framing a shot, filming actions scenes, or getting decent performances from any performers. Granted, his budgets were shoestring at best, so he didn’t have much talent to work with most of the time. He also wasn’t very skilled at editing, so his movies tend to have awkward cutaways and continuity issues.. Every single one of these flaws are on display throughout Samurai Cop. 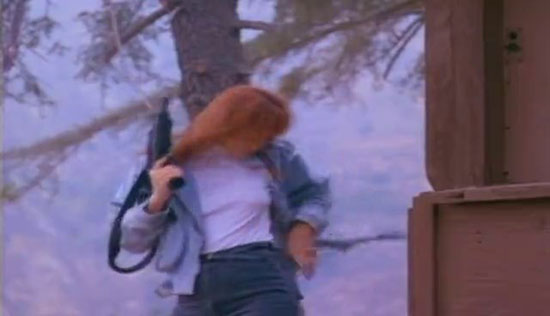 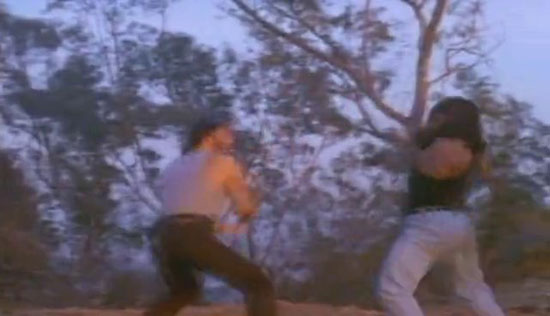 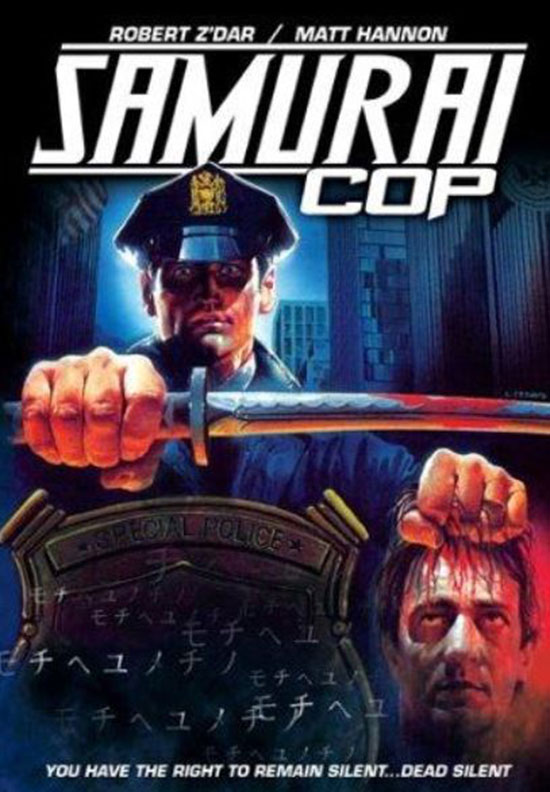 As I mentioned, the actors’ lines were just clumsy under the best of circumstances, and the acting was atrocious. Matt Hannon would switch from underacting some of his scenes to overacting in ways that would make William Shatner blush. Mark Frazer’s own acting consisted of mugging for the camera with exaggerated facial expressions that were comical to behold. The majority of the cast made department store mannequins seem lifelike in comparison. The best performance comes from b-movie stalwart Robert Z’dar, and he doesn’t exactly set the bar very high. When Robert Z’dar’s unbelievable jaw gives the best performance, you’re in trouble. 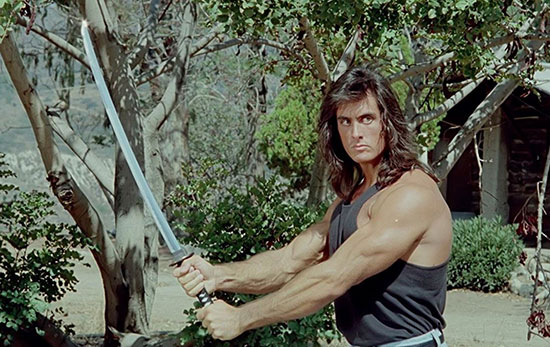 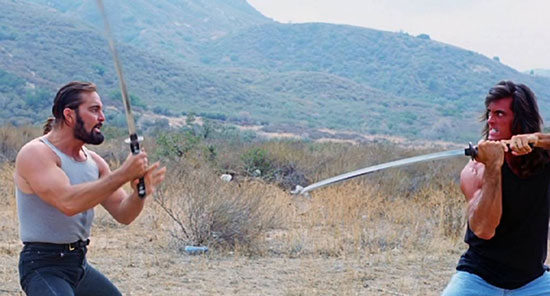 Events that take place seem to be added to the movie not because they make sense to the plot but because that’s what Amir Shervan thought should happen in an action movie. Or because he saw them in other action movies. He relies on cliches you’ve seen in hundreds of other flicks, like the main characters’ commanding officer always screaming at them for every little thing that happens. Action scenes are neither exciting or entertaining. How much the sloppiness of these scenes can be laid at the feet of Gerald Okamura’s choreography or the direction is debatable. I wouldn’t be surprised if it is the latter, since a bad director can ruin anything. It didn’t help that there were scenes where Matt Hannon purposefully did flubbed things to see if Shervan caught it (he admitted to this in an interview). 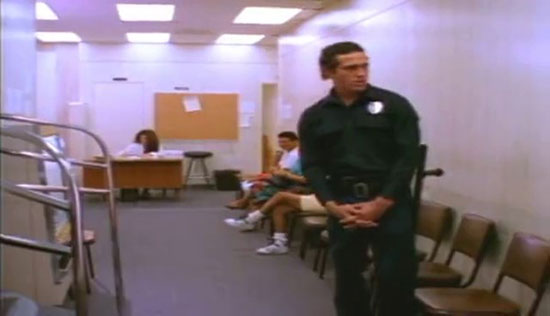 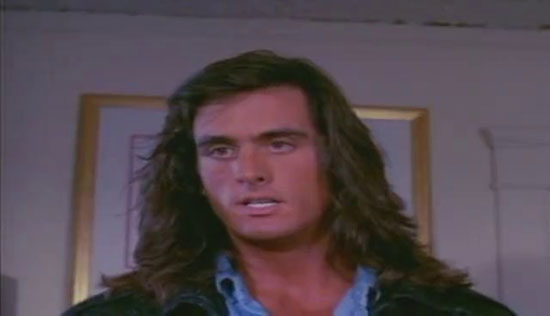 Despite it all, the movie is strangely compelling. It’s another example of a film you can enjoy because of how truly dreadful it is. You can grab a few friends, sit back, and have fun laughing at the levels of ineptitude on display. For a chaser, you can search YouTube for an interview actor Matt Hannon did a two or threes years ago. He shares some fun anecdotes about the production that sheds a lot of light of why the movie turned out the way it did. Of course, if you’re not a fan of watching bad flicks for the sake of watching a train wreck, this is one you’ll want to skip.