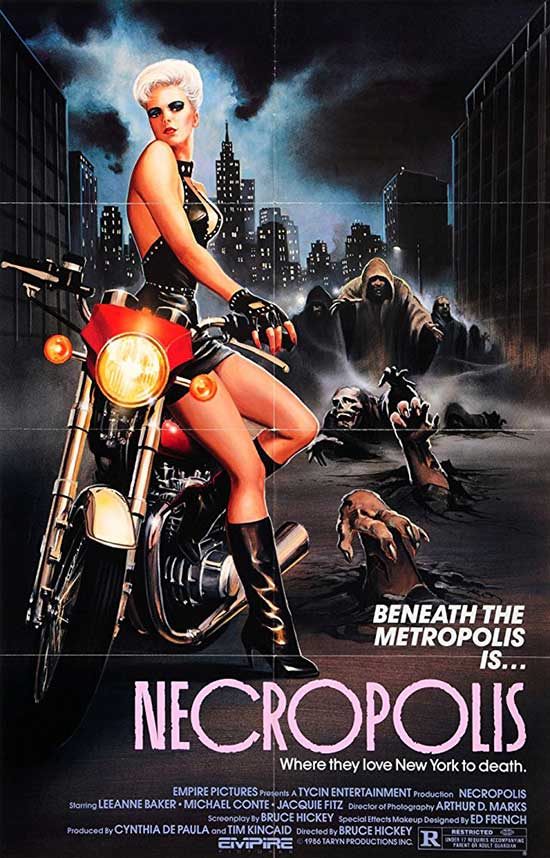 Reincarnated “Satanic Witch” from New Amsterdam, circa 1600’s comes back to revive her cult members by sucking the life force out of people.

Today’s dive into B-movie mania is a little film called Necropolis.It was executive produced by Charles Dance, a man who’s managed to make a name for himself in schlock cinema through his Empire Pictures production company and later with Full Moon Studios. Starting in 1686 in New Amsterdam, we are introduced to the witch Eva who is the head of a satanic coven. She uses her magic to ruin the wedding of a young couple, which somehow has something to do with her getting eternal life. It also has something to do with performing a bizarre interpretive dance. I didn’t realize Satan was a big fan of interpretive dance. Anyhoo, a group of witch hunters are made aware of her involvement and track her down. As they are about to condemn her to death, she casts a curse upon them and swears revenge. Cut to 1986 and Eva is inexplicably still alive in New York and is still on her quest. She’s has to get the Devil’s ring, and she also wants to enact her revenge on the descendants of those she holds directly responsible for her downfall in the 17th century. She goes about her business doing nonsensical random acts, grows two extra sets of breasts for demons to drink from, and occasionally does more strange dance numbers that are somehow tied to satanic rites. 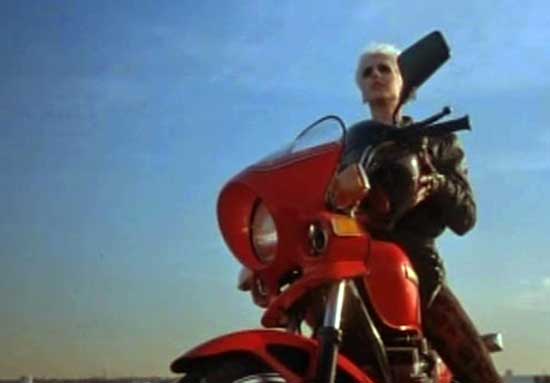 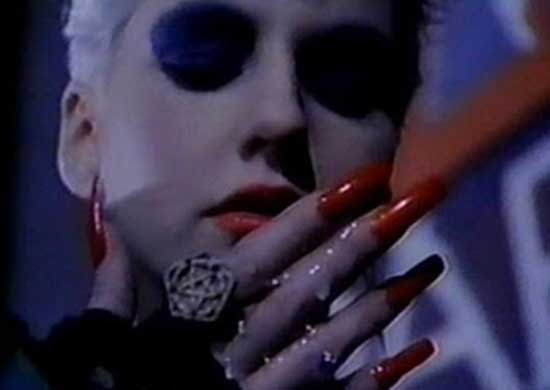 This movie is a perfect storm of ineptitude that somehow manages to be strangely compelling because of that ineptitude. When I mentioned that Eva does things randomly, I mean that some of her actions don’t seem to have anything to do with her plan of getting the Devil’s ring or exacting revenge. Granted, by killing people and drinking their cerebral fluids has something to do with her getting more power, but it’s barely explained. Half the time it seems like Eva is doing things just to screw with people and prove how “EVIL” she is. She uses her powers to manipulate people and get them to kill themselves and only occasionally does she actually use her powers to hypnotize people to try to get kill the targets for her vengeance or find the dang ring. This gave the feeling that a lot of the scenes were there just to pad the runtime, like somewhere along the line the filmmakers said to each other “Crap! This movie will be too short! Let’s just have Eva doing stuff to mess with people!”

Eva’s also kind of hard to take seriously. In the beginning, they have the actress playing her, Leeanne Baker, wearing one of the worst platinum wigs I’ve ever seen on screen. She’s also wearing 1980s style lingerie in a 17th-century setting and performs the most hilariously out of place performance dance routine. Hard to come across as being a threat when your appearance and boogying causes your audience to chuckle. While in the present day, her look is barely any better. Dressed provocatively in heels, fishnets, leather skirts, leather jacket, and sporting a punk rock hairstyle, she cuts a striking figure. But when you look at her face you see that she’s applied enough eyeshadow that she looks like someone with a raccoon fetish. Or she’s secretly the Raccoon Queen. Perhaps the real danger she presented to the people of New York is the threat of knocking down their garbage cans at night while foraging for food. 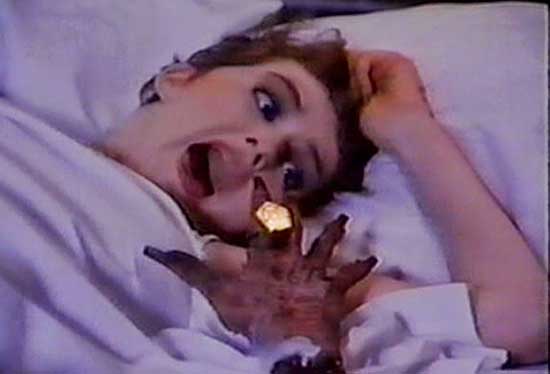 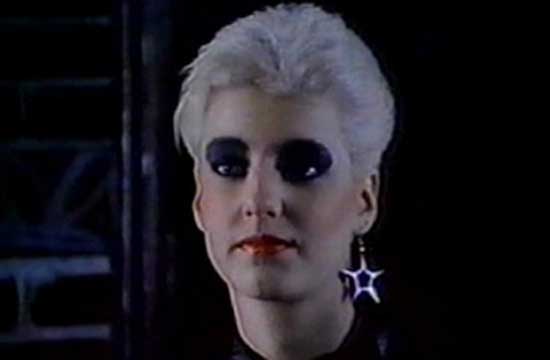 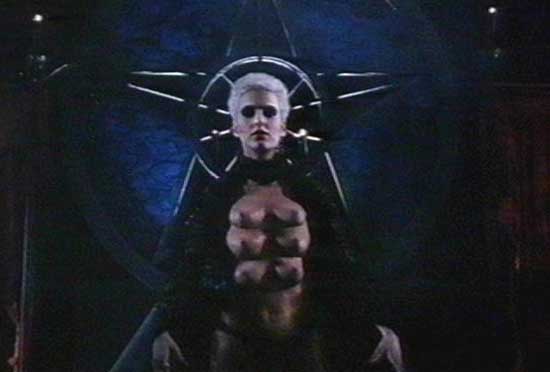 Maybe Eva, like the majority of the characters in Necropolis, is just a moron. Honestly, most of these people show the intellectual level of lobotomy recipients that had their logic centers removed. No one seems intent on making a good decision or doing anything particularly smart. The main detective investigating the attacks she initiated against a preacher comes across as being an absolute clueless dunce. He jumps to conclusions without little evidence to back up his claims, and he barely does anything that actually resembles investigating. In fact, he tends to reject or ignore evidence that may shed light on what’s going on. His love interest, a reporter who’s following the story, doesn’t do much to prove she’s any more intelligent and actually doesn’t do all that much. She also doesn’t seem to know what being a reporter entails. The aforementioned preacher is the only person that actually has a modicum on common sense and is catching on that something otherworldly may be behind the attempts on his life. No one, of course, listens to him. 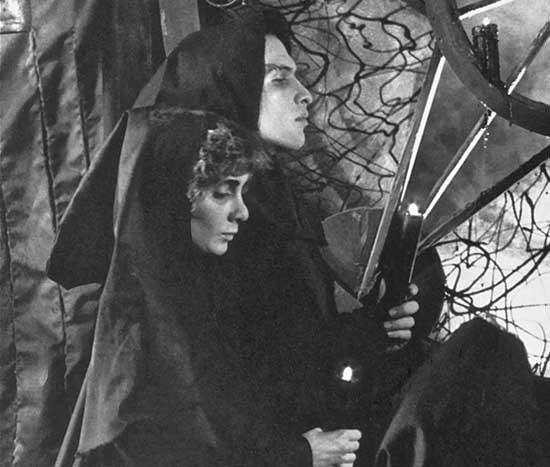 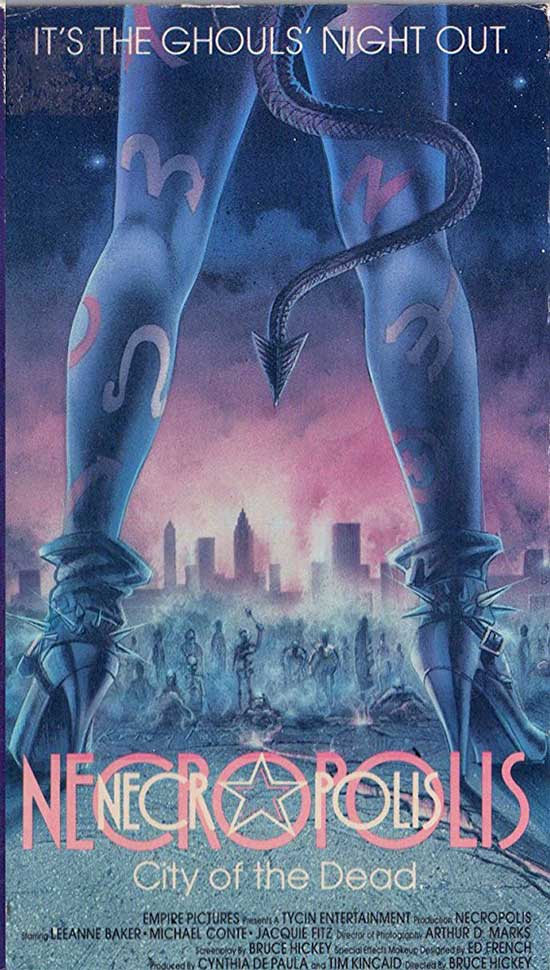 The acting is absolutely atrocious, the dialogue is equally horrid, and the picture and sound quality are barely above bargain basement quality. The cast delivers their lines with the conviction and emotive abilities of a block, and the fact that the script gives them some of the clunkiest dialogue to spew doesn’t do them any favors. The directing from Bruce Hickey shows all kinds of ineptness. He lacks any kind of visual flair, sense of pacing, or ability to tell a decent story. He wrote the screenplay, so at least his awfulness is consistent in both aspects of filmmaking. The special effects were passable at best and cheap looking at worst. Almost every technical aspect of this flick has problems all throughout, making a person wonder if the producers just hired a bunch of film school students to fill out the crew. 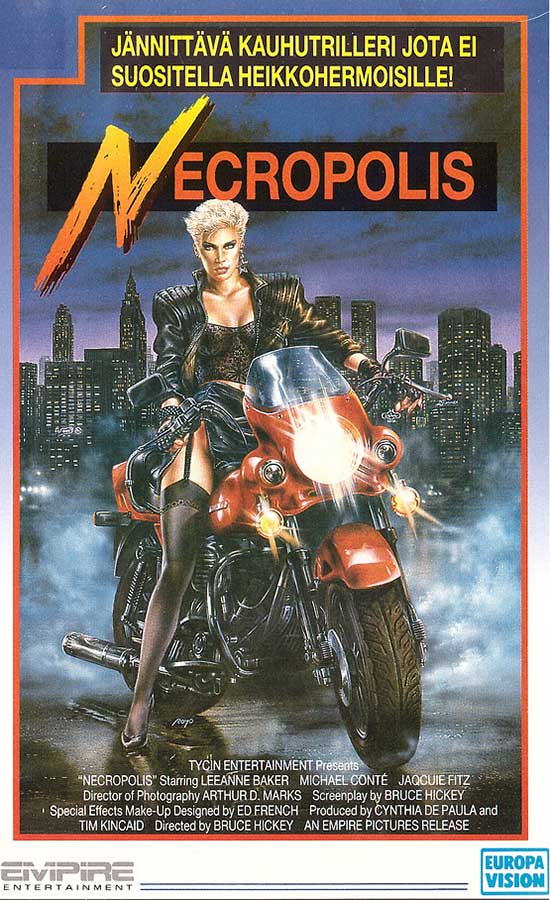 Despite all the problems this movie has, it is entertaining. It has the right kind of craziness to it that kept me watching because I wanted to see what happens next. The movie is not afraid to get weird, with scenes like Eva growing 4 more breasts so her demonic minions can drink cerebral fluid from them. It also is that kind of bad movie where it reaches that realm of unintentionally funny that makes it endearing. It was never boring, kind of strange, and amusingly dumb. Recommended for fans of cheesy bad movies.