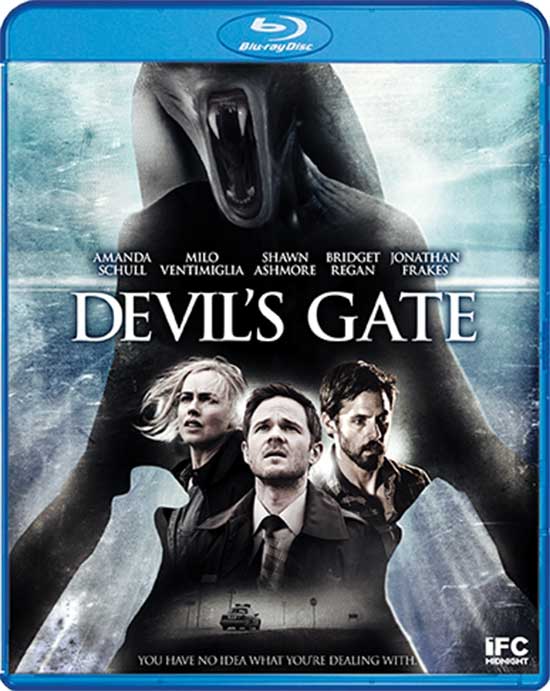 Set in the small town of Devil’s Gate, North Dakota, the film examines the disappearance of a local woman (Regan) and her young son. Schull plays an FBI agent who helps the local sheriff (Frakes) search for answers. Partnering with a deputy (Ashmore), they track down the missing woman’s husband (Ventimiglia) and find that nothing is as it seems.

Back in 1996, Robert Rodriguez and Quentin Tarantino sent From Dusk till Dawn into the world. Ostensibly a heist film in which the Gecko brothers, a couple of violent bank robbers played by Tarantino and George Clooney, kidnap a god-fearing family and try to lie low in a strip club, the film’s genius came from a halfway twist that turned everything upside down. The Titty Twister bar, with Salma Hayek as its main dancer, was in fact cover for a group of vampires, where they could lure men with the promise of nudity before ripping out their throats. Whilst the marketing campaign certainly ruined that twist, there is still some solace to be had from showing the film to anybody still unacquainted with it and watching them experience that tonal shift.

From Dusk till Dawn will run through your mind when watching Clay Staub’s Devil’s Gate. The film marks Staub’s directorial debut, after working as AD on the likes of 300 and 2011’s The Thing, and suggests the filmmaker is trying to hit as many demographics and genres as he can for 90 minutes. All of which is not necessarily a good thing. 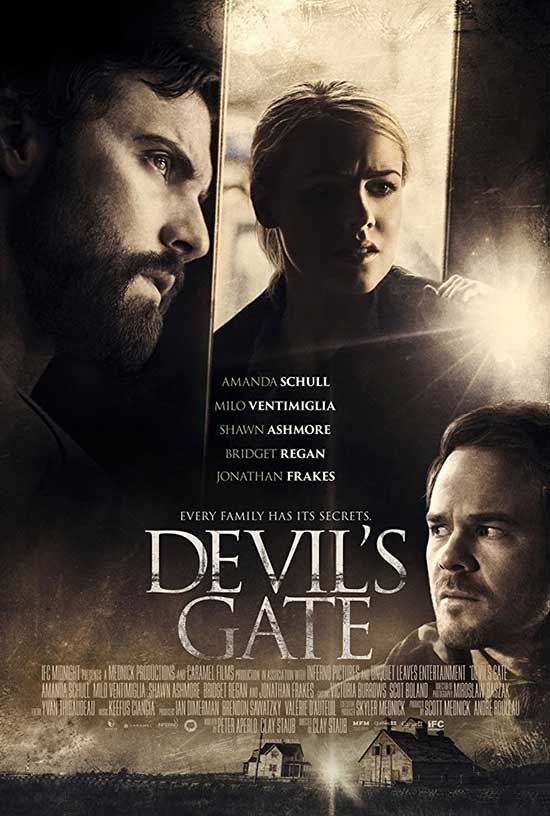 Amanda Schull plays FBI agent Daria Francis, who travels to the town of Devil’s Gate on the hunt for a missing mother and son. All signs point to the husband/father, Jackson (Milo Ventimiglia), being the prime suspect. The film’s opening scene suggests all is not well on Jackson’s farm when a trespasser is killed by one of the many booby-traps laid out on his grounds. However, Jackson’s Saw shenanigans are unknown to the local constabulary, who believe he’s just a good old boy. Undeterred, Agent Francis drags the Sheriff’s Deputy, Colt (Shawn Ashmore), to Jackson’s farm for answers.

Arriving on his land, things soon go south and not in the way you imagine. Rather than being a simple knockabout slasher in the vein of Texas Chain Saw Massacre, Devil’s Gate, as the title might suggest, turns its hand to more Judeo-Christian concepts. Yes, Jackson keeps raving on about the Angels that have taken his son, and the dangerous devices littered around his house are protection from them. Why would he need protection? Well, evidence suggests that Jackson has, in retaliation for his son, kidnapped one of them. What we’re looking at here is a standoff between men and God, folks.

This constant twisting of genres is a little frustrating. There’s just one too many ingredients in Staub and Peter Aperlo’s screenplay. As well as the films already mentioned, we’re riffing on Silence of the Lambs, The X-Files, Legion, Invasion of the Body Snatchers, Homeland, Starman, The Omen, and so on. It wants to be everything to everyone. A streamlined movie could work if we removed the FBI element and made it about, say, the Sheriff’s department investigating a disturbance of the peace. The narrative would still end up at the same destination, albeit without all the superfluous elements, such as Jackson’s death traps. At just over an hour, Devil’s Gate tries to pack too much in.

There are some good moments tucked away. Staub has a confident grasp of the camera and the film looks slick, even when it does resort to CGI clouds. And without too heavy a reliance on violence, when Devil’s Gate does decide to spill the claret, it’s certainly effective. Schull, Ventimiglia and Ashmore work well to together and they handle the script knowingly without having to wink at the camera. It wouldn’t hurt to reel back the overtly serious tone of the piece, but at least it’s consistent, I guess. 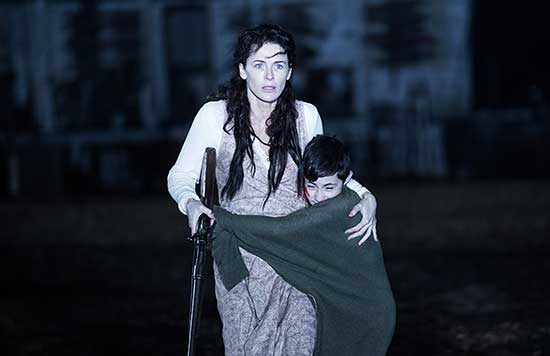 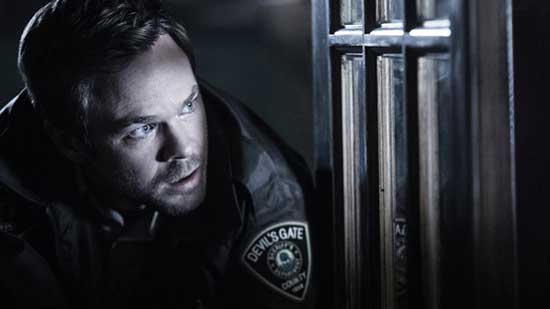 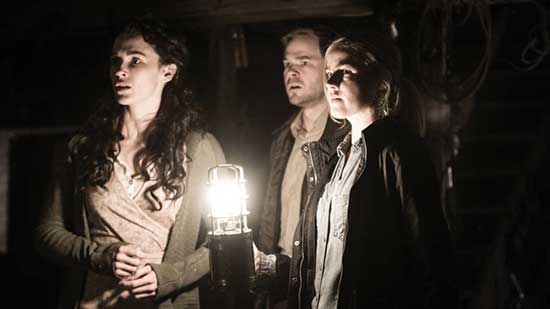 If you’re not easily fooled, you’ll know where Devil’s Gate is taking you from the minute we meet Jackson. What you do from that point is up to you. If you like being taken on a journey that doesn’t necessarily make a lot of sense and could do with more of an edit, then Devil’s Gate is here to please. Just maybe have From Dusk till Dawn lined up as a sorbet for afterwards.