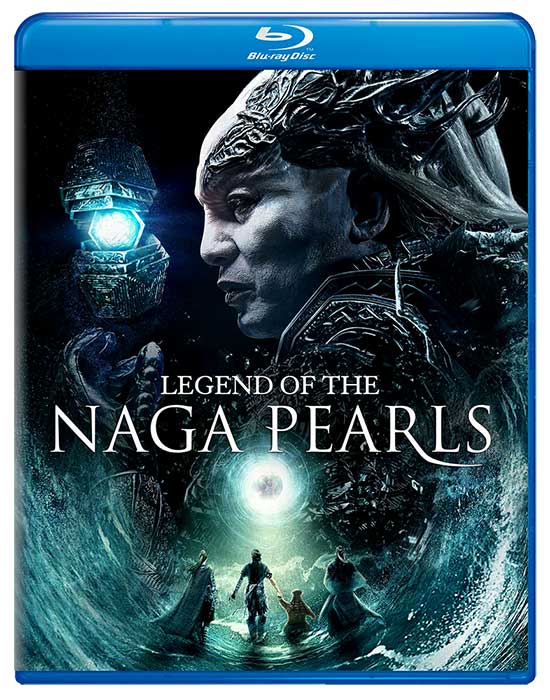 A royal descendant of an ancient winged tribe embarks on a quest to find magical pearls. When they fall into the hands of a human, he joins a team of unlikely heroes in a race against time to prevent the destruction of his people.

As you will already know, or will do by the end of this article, China boasts some of the finest action/adventure films around and Legend Of The Naga Pearls is a fine addition to China’s vast collection of action/adventure films. Whilst not the best example, Legend Of The Naga Pearls is still a fun adventure. Certainly one to show to and watch with the kids, Legend Of The Naga Pearls follows the story of Xuelie (Simon Yam, IP Man), a royal descendant of an ancient winged tribe. When Xuelie embarks on a quest to find magical pearls, they fall into the hands of Heiyu, a human street punk, which forces him to assemble a team of companions in his time-constrained challenge to prevent his people from being killed. 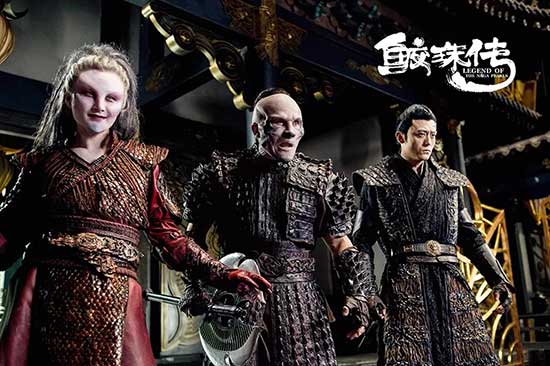 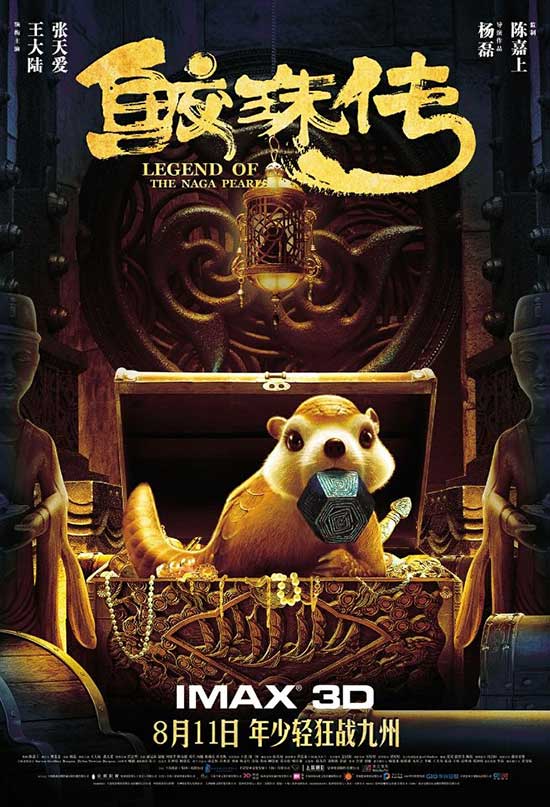 Legend Of The Naga Pearls is a typical children’s tale of friendship, threat and adventure and is perfect for even adults, as it provides an almost Star Wars-style friendship and quest style. Whilst the film is quite charming and amusing at times, it lacks in originality and its storyline lets it down at times, with some slow-moving scenes, with some cheesy and cliche attempts at jokes. Even the most unsubtle of toilet humour is used several times throughout the film, with several incidences of Xuelie farting, much to the dismay of those surrounding him. Scenes like these are those that you shouldn’t laugh at but just can’t help giggling along to. That being said, especially towards the final 25 minutes of the film, the plot does pick up and director Yang Lei utilises the acting talent that he has working for him quite well. Along with the exceptional production design and superb CGI effects, Legend Of The Naga Pearls doesn’t fail to be visually stunning, with effects that trump many seen in even the most prevalent Hollywood blockbusters. 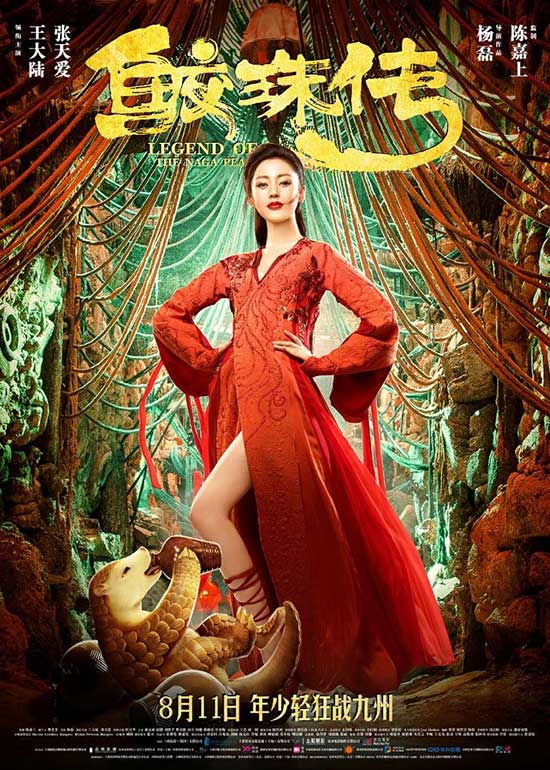 Ni Kongkong (Darren Wang, Railroad Tigers) and Hei Yu (Tian’Ai Zhang, Father And Son) are your typical leading characters in a children’s action/adventure film; Ni Kongkong is the likeable idiot and Hei Yu is the feisty force to be reckoned with. With an early fight sequence, the choreography is laughable and has the “so bad it’s good” factor to it. Have you ever seen a man jump 7 feet into the air only to be ensnared by a rope dutifully thrown by an enemy? You will if you can make it through this ridiculous fight sequence without laughing to the point of distraction from what’s going on. 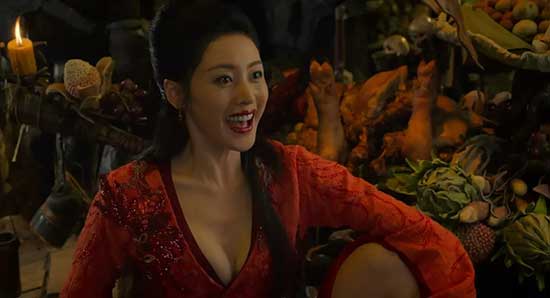 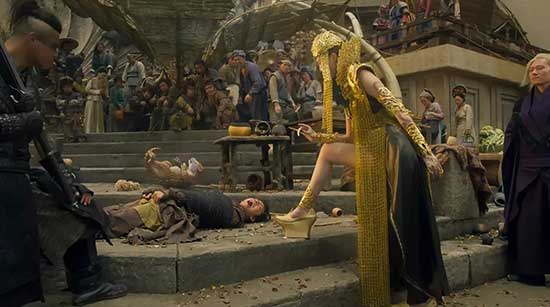 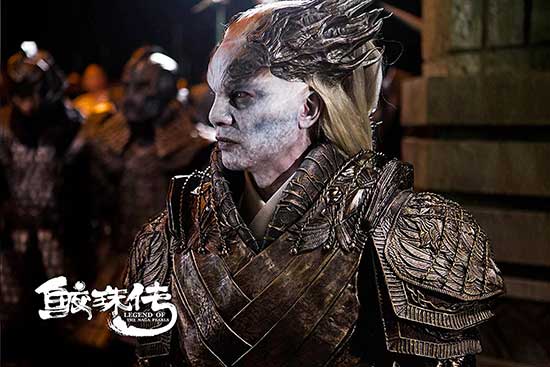 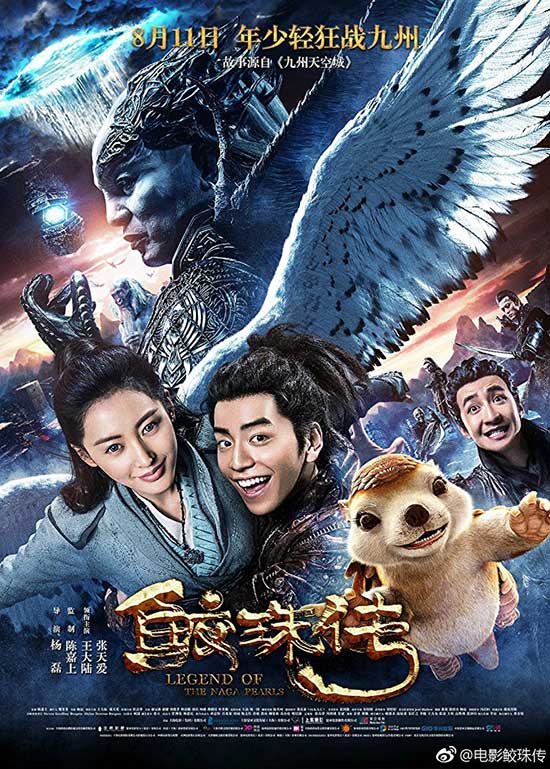 Heiyu is your ideal adventure film villain; winged, fearsome, psychotic and possibly terrifying for children. Paired up with a legion of baddies, Heiyu is not a force to be reckoned with a provides a suitable challenge for Ni Kongkong and Hei Yu as they aid Xuelie in his journey to retrieve the precious pearls. What could be better than kung-fu sequences mixed in with over-the-top scenery destruction? Whether you enjoy Legend Of The Naga Pearls or not, you have to admit that you laughed a little at watching Ni Kongkong plummeting down a hole after being knocked into a wooden structure. If only he learnt how to fight from Bruce Lee… 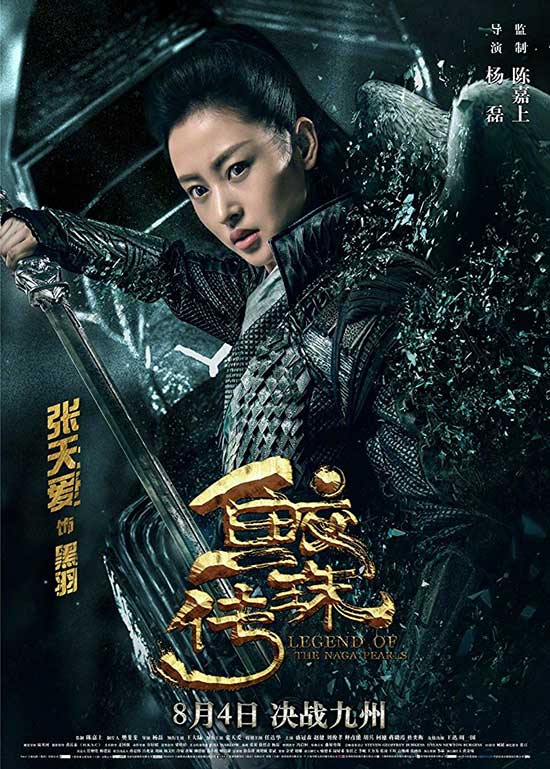 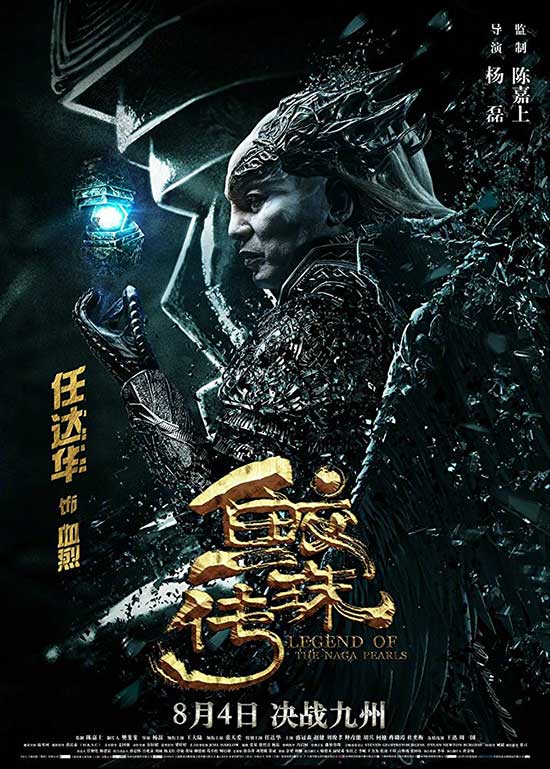 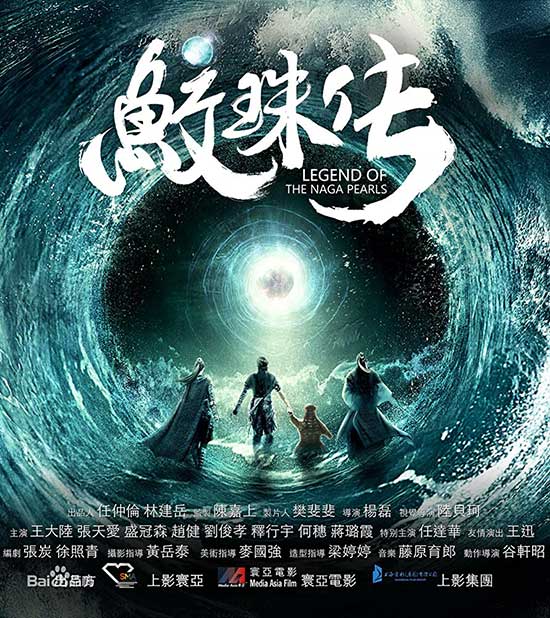