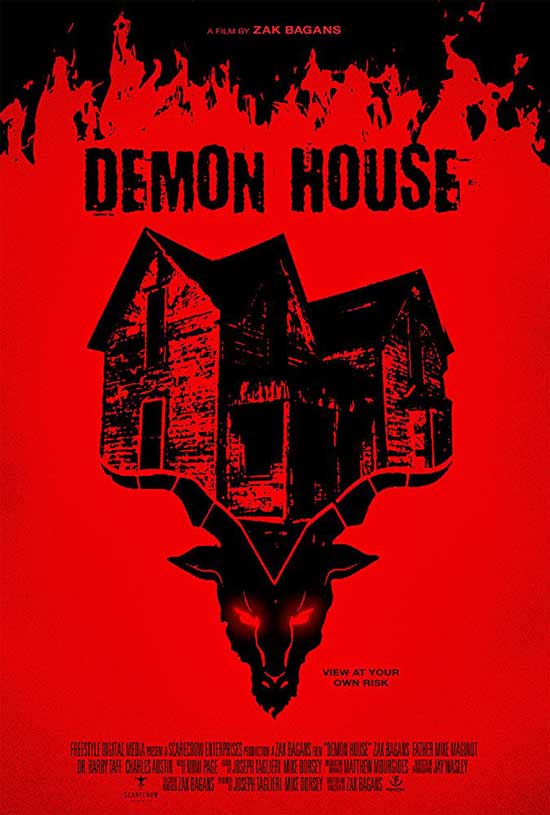 Demon House (2018) is Zak Bagans latest release/adventure film featuring Zak and his team in a documentary horror piece surrounding the now well-noted “Ammons” residence. While “Demon House” plays out much like the rhythm of a Ghost Adventures episode, it does so with an intensity and darkness the supercede all adventures before it.

Viewers should expect much in the same style of camcorder recordings, investigative interviewing, commentaries and dramatic moments fueled by an actual real case that is draped in extremely dark moments. To get to the point….this is a pretty haunting experience (to say the least) 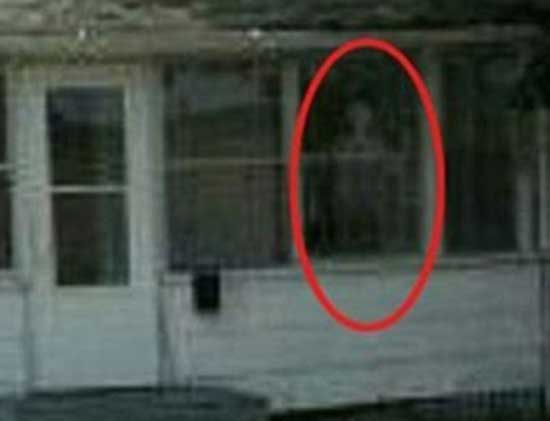 For starters, none of what I mentioned should deter you from seeing this in theatres or renting upon availability. In fact, after experiencing an advance home viewing of the film, it was clear that a dark theatre setting might have even been more impactful viewing experience.

One might easily begin to make assumptions of a Blair Witch meet Paranormal activity style type film. The difference here however, is that this is not a fictional creation. What separates this production is that we get a heavy helping of footage “at” the house, around the house, and with all the local officials and persons of interest.

The production itself has been under news coverage long enough that viewers are already aware that the 3rd act of this piece ends with Zak boarding himself up in the famed house to spend some alone time with the dark entity. It’s not for me to say whether every piece is authentic or not, however my gut tells me that we are getting the real deal here. A surprise ending is worth noting (that I will refrain from revealing spoilers). History:
So, let’s step back a bit to explain the basis of this film and the focal point of demon house. “Demon house” (as it’s been named for this production) is small abandoned house located in a lower income division of Gary IN. The house was host to several renters in the past, but was abandoned due to the extreme level of supernatural activity occurring within. The actual house was reported to have been purchased by Zak Bagans in Feb of 2014 in the interest of being able to fully document his experiences and create an investigative piece around it. We later learn from the film that this would also give Zak the ability to modify, film, and document more freely while having the permission to modify portions as needed.

Rather than another tale of ghosts and poltergeists, we have the unique story of a powerful demon presence that has both terrorized and (in some instances) possessed its inhabitants.

Gary, Indiana is reported as once being considered the “murder capital of the U.S.”. The story stretches back to 2011 when Latoya Ammons and her 3 children moved into the establishment located at 3860 Carolina Street,Gary, Indiana. What soon followed includes: poltergeist activities, reports of black fly infestations, strange noises, moving shadows, footsteps at night and eventually accounts of possession. Zak talks to the locals, friends of nearby local community, the police department, a local priest (who exorcised some of he past inhabitants) and a case worker who shortly after decided to relocate out of state.

It’s the testimonials here that reinforce this film accounting tales of those coming into contact with the house and suffering hardships and medical issues immediately after. This aspect is detailed in full later in the production as each of these individuals discuss the strange range of illnesses and medical problems that occurred as a “result” with coming into contact with the building.

“Demon House“, the movie is bold, brave attempt taking several years to complete and release. Zak Bagans is accompanied by his assistants Jay Wasley and Billy Tolley as they work thru the events and mysteries surrounding this dark residence. The result is something to behold for its realism and harrowing points of interest. While some of us may remember the phenomena from the early “Blair Witch” (fictional) accounts, “Demon House” is a piece that you will remember long after viewing. What sticks here is a sense of real darkness taking form on camera reaffirming a belief in the supernatural and afterlife. Creator Zak Bagans did suffer some repercussions from the experience that is commented in the production. Though at the end of the day, Zak Bagans has also created an intense impressive documentary that everyone should take the time to see. Fans of horror, fans of ghost stories, and real accounts should jump on this as soon as it’s available! Impressive, disturbing, and downright creepy!