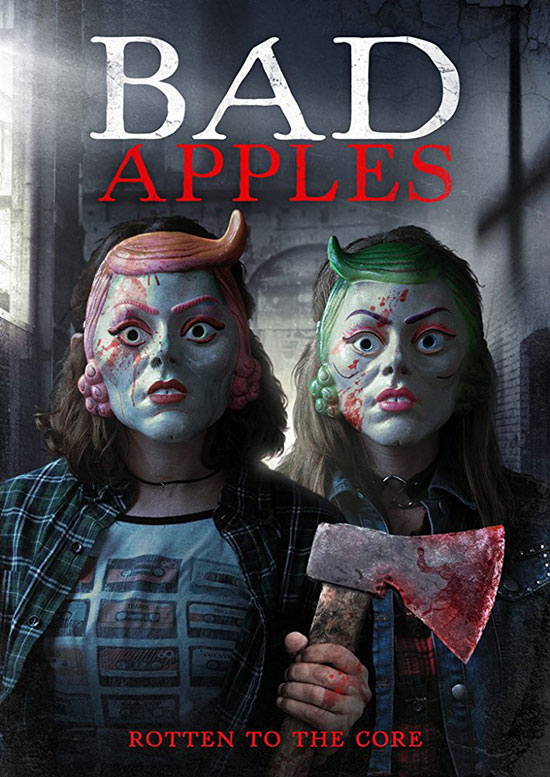 It’s Halloween night, and two “bad apples” decide to play some wicked tricks on the one house in a suburban cul-de-sac that is not celebrating Halloween. They terrorize a young couple in their home and these tricks become increasingly more sinister as the night progresses, finally ending in a Halloween the entire neighborhood will never forget.

A recent book covered the rise of the horror novels that ran from the end of the 70s to the very early 90s. Horror novels were piling up on the shelves. You couldn’t swing a comatose cat without hitting a dozen. The only problem with a good number of these books was that they started with an interesting idea but, due to length requirements, you had a lot of filler packed between interesting scenes. Characters would wander around, and the lucky reader was privy to page after page of their thoughts, excessive exposition, and near scares.

If it was an intentional choice by writer/director Bryan Coyne to have his film “Bad Apples” follow that same basic structure, the movie might be better as homage to the padded but unhinged 80s-era horror novel. Yet something leaves you feeling that Coyne was not being that generous with his intentions. 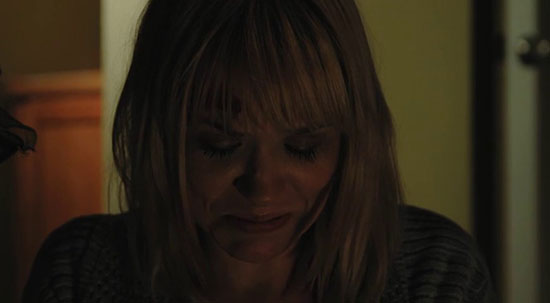 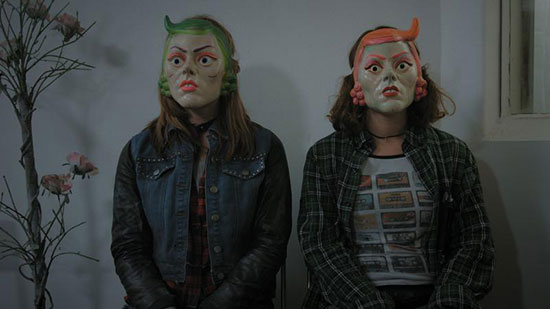 The movie starts, on Halloween night, with a pregnant woman being knifed in the belly by a guy who is apparently the biological father. As the woman dies, the killer slices his own throat. Then the dead woman gives birth to twins.

14 years later, we meet a new teacher who has travelled across country with her husband. The school superintendent asks her a few questions to give us exposition as well as give the impression that the community may be a bit bonkers as he questions her about her religious beliefs. Don’t worry, it doesn’t come up again, so no need to lend the dialogue any more credibility than it deserves.

Next, the superintendent meets with who we assume are the twins from the opening sequence. They are both wearing masks with disturbing blank expressions. They answer none of the questions put to them. Then he tells them to remove the masks. When they don’t, he attempts to do it for them. Of course, this is a very bad move, and the school is now short one superintendent. 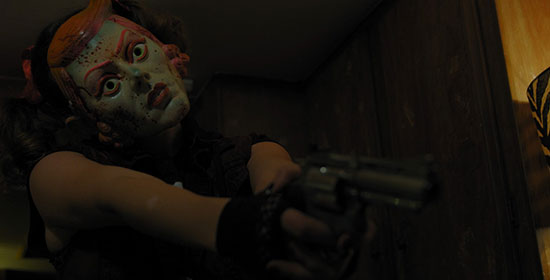 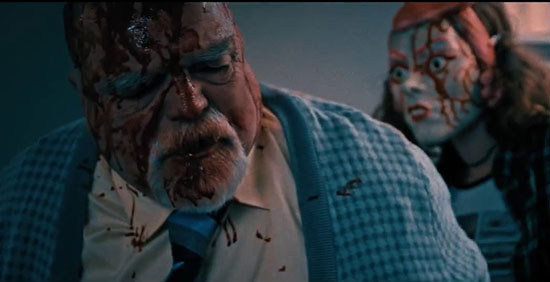 So begins a series of assaults and murders, on Halloween night (are you sensing a John Carpenter vibe here?), at the hands of the demented twins. Don’t worry; the movie won’t be moving at any dizzying pace. In fact, it is a fairly casual killing spree. Of course, the twins live in what seems to be a small town, and they both have bicycles, so they just roam from kill site to the next kill site. No cops in this sleepy little town either because you never see any, even with a growing body count all over town.

Eventually, as you knew it would happen, the girls decide to torment the new teacher. Wouldn’t you know it, they wait until her husband has left for his shift at his new job before they really start cranking up the home-invasion tropes. Things end badly for more than a couple of people. 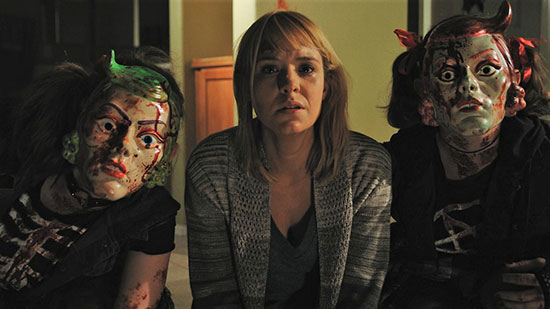 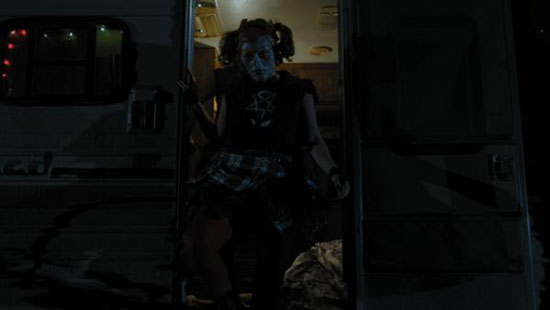 Not the most original concept, and it has been done better. Still, “The Strangers”-influenced masked killers and their habit of just staring at a victim give it a nice, awkward edge. Some other reviewers have wondered if the promo version of the film was from a print that did not have all the sound effects added. That may be the case, but I’m gonna give Coyne some credit and suggest that the lack of sound may be intentional as it adds to the rather surreal nature of some of the kill scenes. In fact, the final confrontation between the main characters is handled in such a way as to suggest either insanity on one character’s part or a supernatural element not previously introduced into the story. I’ll go with insanity. 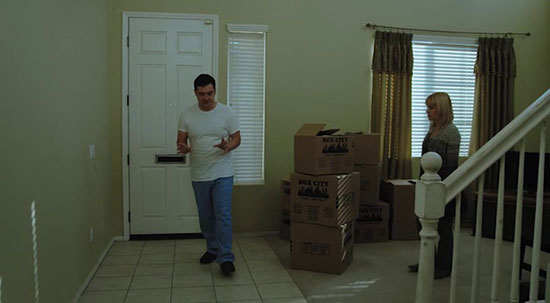 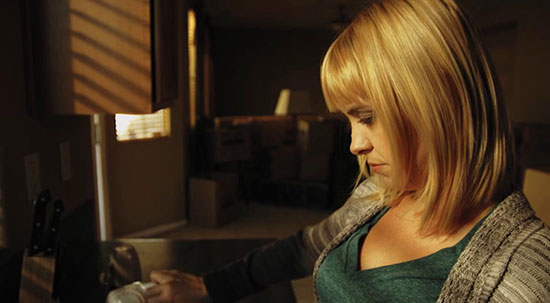 Is this something you should rush to see? No. It’s worth a look if it should fall into your lap or if your friend has it queued on their VOD service. “Bad Apples” shows some promise on Bryan Coyne’s part as both writer and director. If he can flesh out his future scripts and avoid getting stuck in developing a franchise, Coyne may become a rather strong filmmaker.