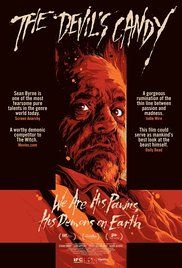 A struggling painter, his wife and their young daughter move into their dream house in rural Austin, but soon find themselves targeted by satanic forces and the house’s previous occupants.

Horror and metal tend to go together like peanut butter and jelly. Films like The Gate, Black Roses, and the 1986 cult classic Trick or Treat conjure up a healthy dose of metal and gore that has seemingly been lost in the genre over the past few years. Director Sean Byrne gave gorehounds a diabolical treat with his 2009 thriller The Loved Ones and he  savagely hit the nail on the head again with The Devil’s Candy. He successfully resurrected this diabolic duo of metal and horror while topping it off with a tasteful dose of satanic seasoning that I’m sure y’all will enjoy. 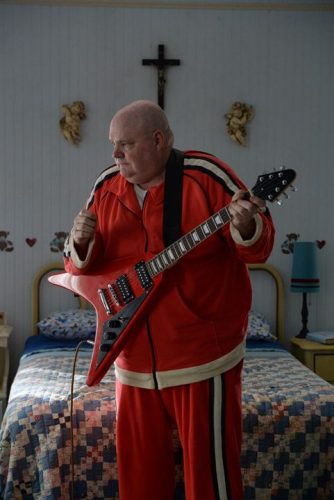 Shot just up the highway from where I live in Austin, TX, the film immediately introduces us to Ray (Pruitt Taylor Vince), an overweight loner who still lives with his parents and has trouble sleeping at night due an evil, tormenting voice that won’t seem to disappear. The only way he’s able to control the voice is by strumming a gorgeous candy apple red Gibson Flying V and blaring it through his Marshall amp. He’s quiet yet observant and has a distinct flare for plotting the demise of those around him. Eventually, his antics lead him to be evicted from his family’s home and the property is sold for a very cheap price as a result. Despite this standard horror trope, Byrne takes a fresh approach and opens the gate to hell with a meticulous vision throwing in ritualistic murder, the occult, and familial love.

Enter the metalhead Hellman family: patriarch and artist Jesse (Ethan Embry), cool mom with blue highlights Astrid (Shiri Appleby), and Zooey, (Kiara Glasco) who dons heavy eyeliner alongside her teenage angst. While most families that move into a new home with a jaded past are your stereotypical middle-class and wholesome bunch, the Hellmans are refreshing in their alternative interests yet exude the love for one another that makes them relatable in their vulnerability. Once they’re settled into their new Texas farmhouse, Ray decides he’d like to abandon his motel room and move back into his family home.  At first drawing sympathy from the Hellmans, Ray’s behavior becomes increasingly alarming and invasive. 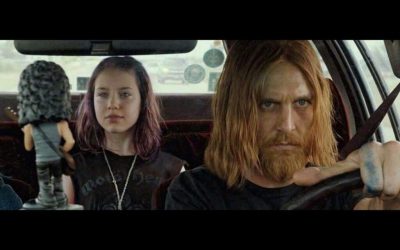 While attempting to protect his family and complete his artwork commissions, Jesse begins hearing similar voices to Ray and experiencing blackouts almost on par with a possession. While Ray uses his guitar to drown out his demonic presence, Jesse paints his visions but neither fully understand the complexity of their situation or the source of their evils. Secondary characters and symbolic color schemes of red and black hint that Satanic forces are at work while other elements suggest mental illness could play a factor. This balance of insanity and evil keeps the audience engaged and the characters enticing during their descent into both madness and desperation. 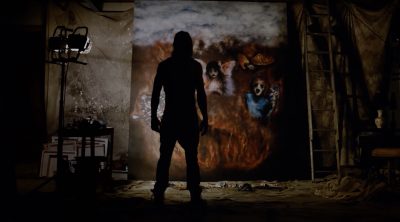 Ray’s childlike demeanor is a stark contrast to the children he preys upon. His methods for violence are barbaric and resourceful to say the least and therefore, make him an extremely disturbing force to be reckoned with. While the film plays with supernatural elements, the fact that this plot is actual feasible makes it terrifying.  The suspense and tension engendered by the straight up fear that the Hellmans experience at the hand of Ray are cringe-worthy and soul shattering at times.

Music plays a critical role for both atmosphere and the family’s dynamic as Jesse and Zooey bond over their love of Metallica and Pantera. The overall pace of the film evokes tension and suspense with the help of composer Michael Yezerski (We Don’t Belong Here, The Little Death). The score lingers with ominous notes which merge well with the tones used to emphasize the demonic presence experienced by Jesse and Ray.  Additionally, the use of amplified guitar riffs peak during pivotal scenes and the solemn strumming is sinister yet seductively executed in scenes where a blatant dissociation with reality is emphasized. Tension and panic are exacerbated through the melodic sound of rhythmic pulses and sharp string instruments that successfully summon frantic unease. 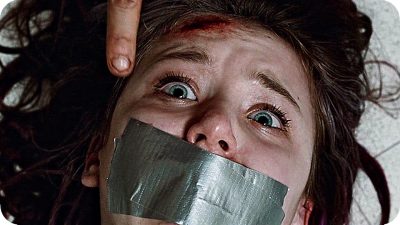 All of the actors give a fantastic performance that evoke sympathy and dread from the audience.  I wouldn’t be surprised if you both cringe and cheer while watching this sinister story.  It’s fucking brutal and rad in all the right ways. This gem is a singular serving of satanic sweetness that left me craving more projects as soon as possible from Sean Byrne. In short, I couldn’t get enough of The Devil’s Candy. 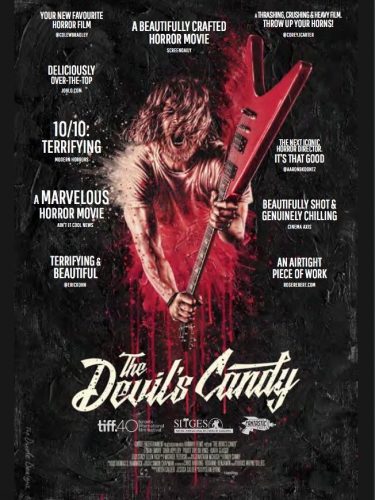