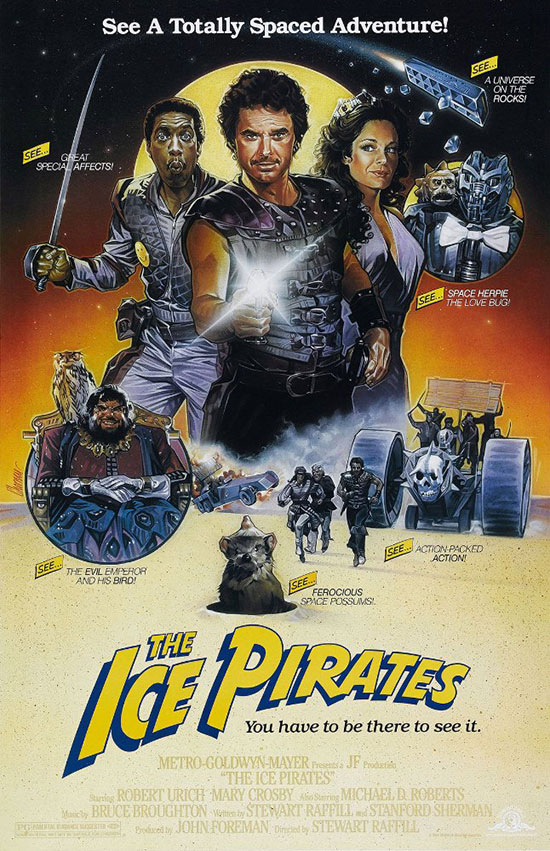 In the far future water is the most valuable substance. Two space pirates are captured, sold to a princess, and recruited to help her find her father who disappeared when he found information dangerous to the rulers. A real Space Opera with sword fights, explosions, fighting robots, monsters, bar fights and time warps.

I first saw Ice Pirates when I was around 8 years old, and let me tell you, the movie is awesome if you’re that age. You got space ships, sword fights, robots, laser gun fights, aliens, a space herpe, and humor that would appeal to a child of the 80s. As an adult, it’s much harder to ignore some of the flaws of the film, but I couldn’t help but find myself still enjoying it.

In the far future a galactic war somehow caused some kind of galactic drought that makes water a scarce, and very valuable, commodity. Ice is used as a currency as a result. Water is controlled by a group called the Templars of Mithra, who transport huge blocks of ice to different regions of space.  A group of space pirates, led by the charismatic Jason (Robert Urich) make a living by by attacking the transports and stealing the ice. However, one such adventure goes wrong and ends up getting Jason caught. Jason’s fate of being castrated and turned into a slave is avoided when Princess Karina asks for his help to find her father. Karina’s dad apparently found a planet so enriched with water that it could break the Templar’s stranglehold on the water market. Soon, Jason, the princess, and his crew find themselves on a dangerous journey with bounty hunters and Templars trying to hunt them down. 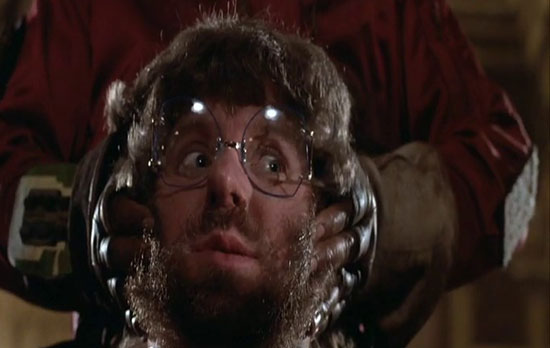 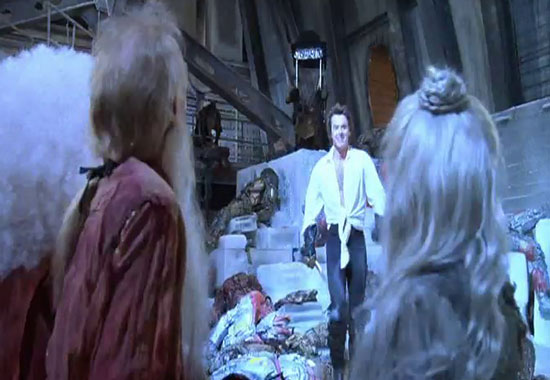 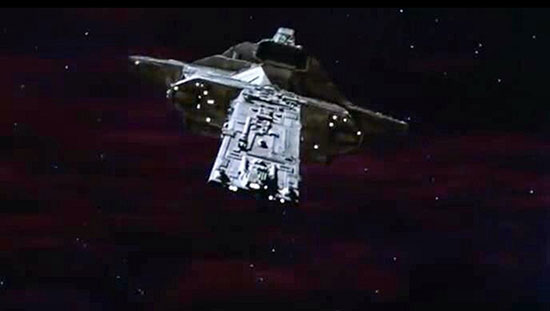 While I found the film enjoyable, there are a few things that sticks out like a sore thumbs. Some of the special effects, particular when it comes to laser effects, tend to look a little cartoony and cheap. The movie is a bit of a comedy, but the humor may not always click with adults which can be a problem However, seeing things like an alien picking its nose or another get knocked out while sitting on the john is the kind gags a kid would love. Despite the flaws, however, there’s a lot of good to be found.

To begin with, Ice Pirates does a decent job with world building. While there isn’t a lot of explanation to how a galactic war could lead to water being scarce in the galaxy, it still does enough to sell you on the concept. The set designs are pretty well done and show a lot of skill. The costumes and makeup look solid and help to create an immersive experience. With the exception of the laser effects I mentioned earlier, the other effects don’t look too bad either. A lot of care went into this film, and it shows. It almost tricks you into thinking this had more resources than it actually had. 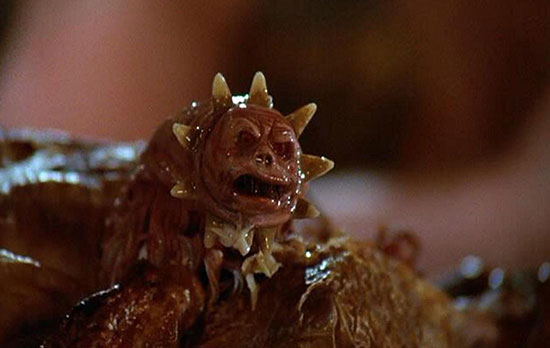 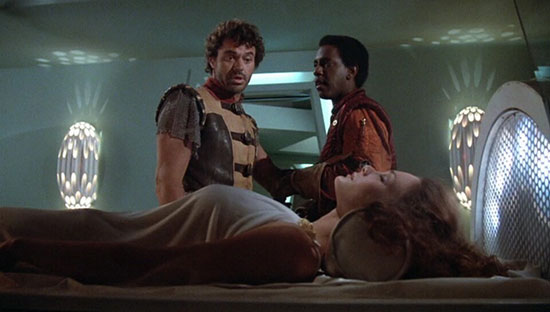 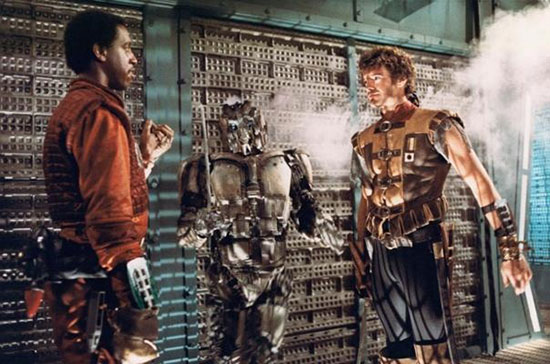 The real strength here is in it’s surprisingly solid cast. You have Anjelica Huston and Ron Perlman, who were just starting out but still were pretty good in the material they’re given. Former NFL star John Matuszak showed a decent amount of talent and some fine comedy timing in his role of Killjoy. Mary Crosby also does an okay job, but it feels like she’s not given a lot of do. Her characters is kind of a bland princess archetype where she’s kind of pushy and snobby to begin with only to soften up a little a little more by the end of the cast. I think she would have fared better if she was put in more of a “straight-man” role to the rowdier pirates, a voice of reason that has to put up with their antics. The movie kind of touches on that, but doesn’t go far enough with the concept. 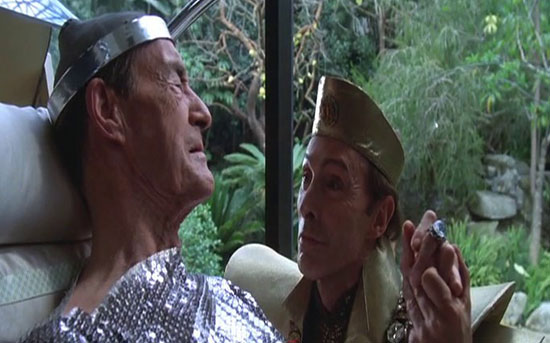 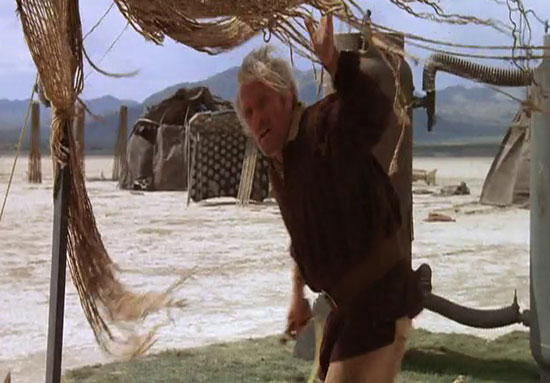 Robert Urich, on the other hand, was fantastic as the anti-hero Jason. His character was cut from the same cloth as a swashbuckler that would have been played by the likes of Errol Flynn, and Urich showed he had the right stuff to pull it off. He had the kind of charm, charisma, and acting chops to make for a compelling and engaging lead. He was the rogue that had the heart of gold, facing danger with a smile on his face and a cutlass in his hand. I found that I really bought into him as Jason, and I enjoyed seeing him show the kind of flair the role required. The man had everything, including the looks, to be a leading man in movies. The majority of Urich’s career was in television, having made a name for himself in series like Spencer for Hire. The fact that his film career never took off is baffling to me, because he seemed to have all the right tools. Ice Pirates really showed off that he could do it. 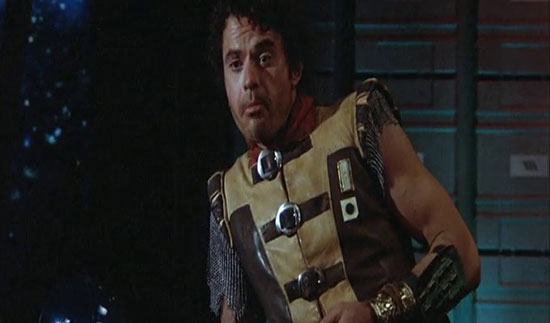 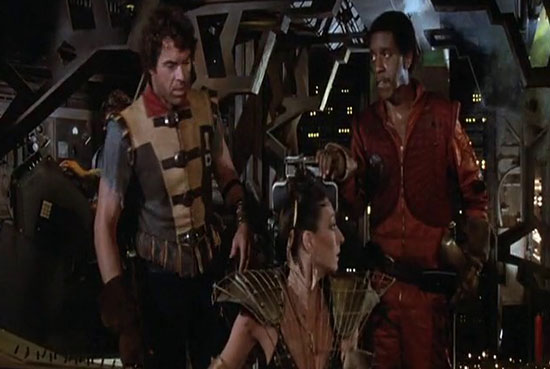 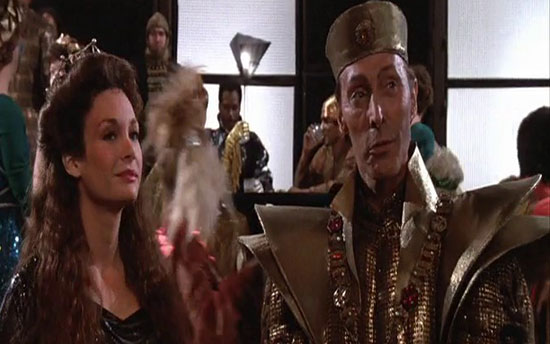 Ice Pirates is not a great movie, but don’t let that fool you into thinking it’s bad. It’s actually a fun film that doesn’t take itself too seriously. While it’s humor may be a little childish, it still is not without it’s moments that’ll make you smile. It’s also a bit of a change from the majority of films I review, since this one is actually very family friendly. There’s no cussing, no nudity, no gore, and the violence is pretty mild. It’s a swashbuckler movie in a Star Wars like setting, and a surprisingly well done one at that. It’s the right kind of movie you and your family can have fun with together, especially if your little ones love space adventures.