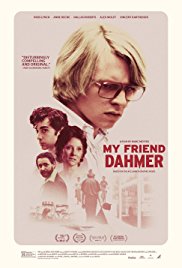 This is the story of Jeffrey Dahmer, a high school loner whose life would shape up to be something far more frightening than anyone could have imagined.

We all know the name.  Jeffrey Dahmer was a notorious sex offender and murderer whose victim count reached a total of seventeen. Between 1978 and 1991, he was responsible for the rape, murder, and dismemberment of multiple men and boys going as far as necrophilia, cannibalism, and preservation of their body parts. Sentenced to life imprisonment, he eventually died in 1994 at the age of thirty-four when he was bashed over the head with a metal pipe by two fellow inmates.  What many don’t know, is the circumstances he grew up with and what his formative years of adolescence looked like. 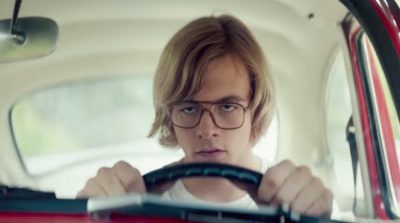 Artist John “Derf” Backderf wrote a memoir and graphic novel entitled My Friend Dahmer which highlights his friendship with the killer back in junior high and high school. While this comic lacks superheros by a long shot, the premise was intriguing enough to get the attention of director Marc Meyers for a film adaptation. While there isn’t a single murder throughout the graphic novel or film, Meyers’ focus was to convey a story about the progression of a murderer almost to the point of empathy through a mildly relatable perspective.

Dahmer (Ross Lynch) maintains an introverted disposition hiding behind long blonde hair and large glasses. His hobbies include retreating to a cabin behind his home where he jars various animal remains and watching a specific male jogger run (Vincent Kartheiser of Mad Men) at the same time every day.  Subtle scenes such as this hint to the man (or monster) he will eventually become and suppressed struggle with his sexuality. His parents (played by Anne Heche and Dallas Roberts) continuously argue throughout the film and leave Jeff awkwardly situated between their crumbling marriage.  Lynch’s facial expressions are flawless throughout the film as he is able to convey anger, calculated desire, and sadistic intrigue with minimal effort. 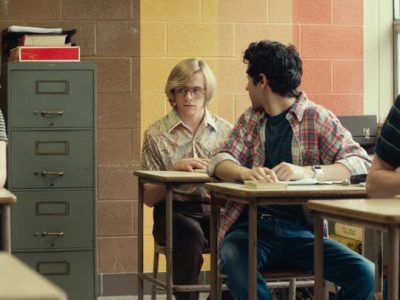 After sitting alone at the lunch table day in and day out, Dahmer finally gains the attention and fabricated friendship with a small group of guys after he fakes a seizure in the hallway for attention or what eventually became known as “doing a Dahmer”. Derf (Alex Wolff portraying the graphic novel’s artist), Mike (Harrison Holzer), and Neil (Tommy Nelson) all decide to create a Dahmer fan club in which they encourage him to act out in public places such as the mall or a grocery store for their own comic relief. A subtle tension maintains throughout as the guys know Dahmer is weird and will always be a social outcast. Their willingness to hang around with him begins to diminish significantly once Dahmer takes up a habit of sneaking into his dad’s booze.  Additionally, his true colors start to shine while fishing with the guys one day (as torturing animals is one of the first indicators of a murderer, taking power over something weaker than you to assert dominance and control usually in a life or death manner).

Metaphors of closeted homosexuality and deviant impulses are exhibited through characters and locations within the film.  For example, Dahmer’s room is completely bare with no posters or decorations which is creepy enough, especially for a teenager. It’s also worth noting that this film was shot in Dahmer’s actual childhood house and hometown which adds an eerie truthfulness to the film.

Myers indicated that his film is a reflection on the nature vs. nurture debate and used the tragic events of Columbine as a comparison.  If people paid more attention to our youth, perhaps murders like Dahmer could be avoided. Ultimately, society should be mindful of how we treat teenagers.  While this is not your typical horror film by any means and there is no resounding climactic kill (which was frustrating to an extent), it still delivers a strong message while showcasing a side to Jeffrey Dahmer that many have not witnessed. My Friend Dahmer is a cinematic omen which challenges audiences to recognize signs of a potential murderer while also delicately balancing the story of a Midwestern boy just trying to get through his high school years and figure out who is truly is. 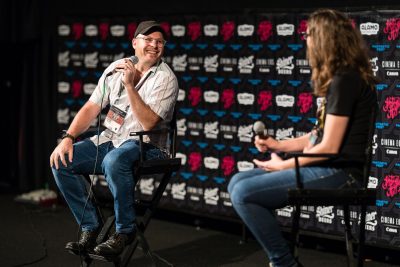