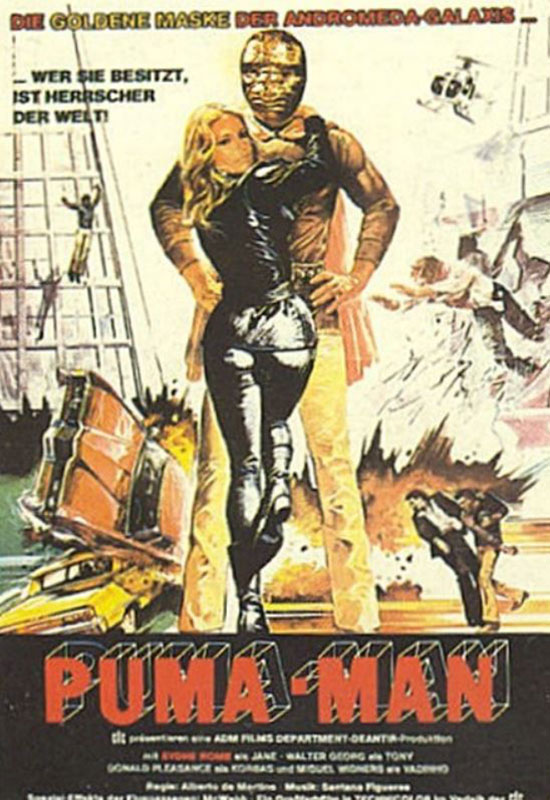 Low-budget film about a young man given a mystical medallion by an Aztec shaman, in order to become a puma-empowered champion like his father before him. In trying to initially locate the young man, the shaman has the nasty habit of pushing candidates out of windows to test them (“Nope, not him.”)

Pumaman was an Italian superhero flick released in 1980. Considering that Richard Donner’s Superman movie came out in 1978, it’d be easy to think that this flick was made in hopes of trying to cash in on the success of Donner’s classic entry into the superhero genre. Indeed, Italy was notorious for making knock-offs of more successful franchises in that era. This is not exactly an earth shattering revelation, since I’ve mentioned this before in previous reviews. Pumaman, much like other Italian knock-offs of the time, fell far short of living up to example set by the more competently made Superman. 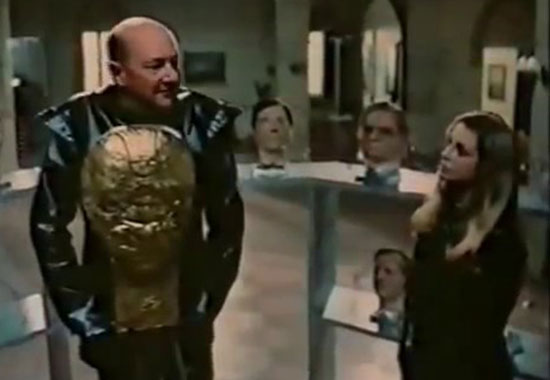 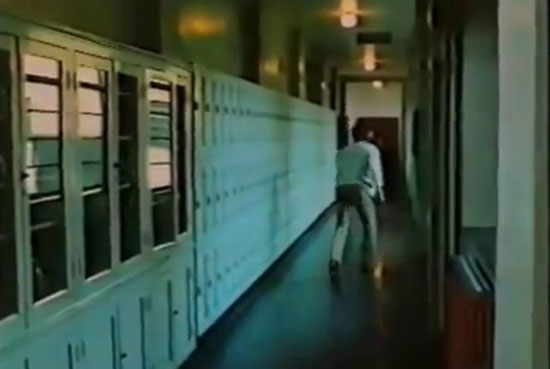 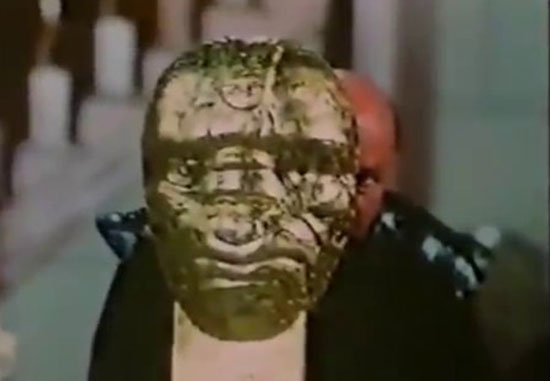 Thousands of years ago, alien beings visited the Aztecs. They were quickly revered as gods, and eventually coupled with a member of the Aztec tribe and had a baby. The child of that union was a demigod that was given amazing puma like powers. This was the first Pumaman, and he was charged with using his powers to protecting mankind. His descendents would also inherit his power and would be required to continue their forbearers’ mission. They were also given a golden mask capable of controlling people’s minds. Why the aliens cared about protecting humanity is never explained. Apparently they weren’t very bright because they thought creating a mind-controlling mask was a good idea. There’s no way that could ever possibly go wrong, right?

In modern day London, young men are being defenestrated by the henchman of evil Dr. Kobras, who is desperate to find and kill the latest of Pumaman’s bloodline. Apparently throwing random dudes out windows is the best way to determine if the person is a superhero. Professor of Anthropology, Tony Farms, is the current Pumaman. He’s unaware of this until an Aztec priest named Vandinho gives him a belt that allows him to tap into his power. He soon finds himself having to face off against Dr. Kobras, who has the golden mask mentioned earlier and is planning to use it to take over the world. Well, you can’t accuse him of dreaming small. 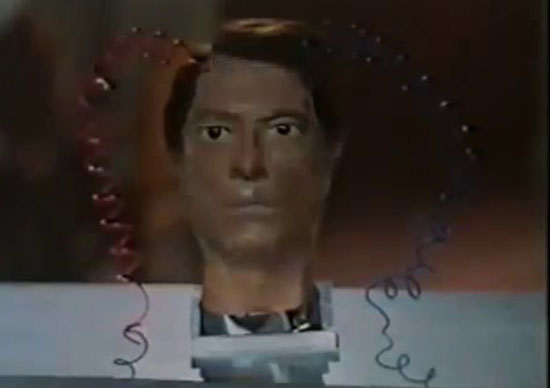 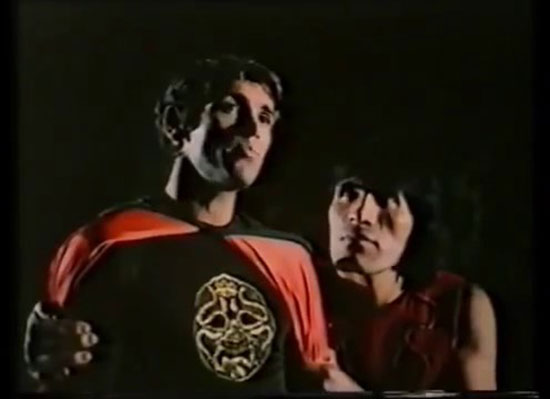 This movie was actually featured in the original Mystery Science Theater 3000 series, and for good reason. It’s absolutely dreadful. The special effects are bargain basement at best and not the least bit believable. You can see the wires when characters are supposed to be flying (more on the flying in a bit). When they try to superimpose an actor on a background, it’s so blatant that you really end up asking why they even bothered. The dialogue sounds like it was written by an artificial intelligence that suffers from a learning disability and doesn’t truly grasp how humans communicate with one another. The films score is an aural assault of quasi-disco music to something weirdly upbeat and whimsical when Pumaman shows up. None of it is the least bit pleasing to the ear and will generally make you wish they had chosen to play the sounds of kittens running across a synthesizer instead.

The acting is just generally painful to behold. Miguel Ángel Fuentes as Vandinho has the emotional range of a brick. He seems to have one facial expression throughout the majority of the movie. He did have a scene where he smiles, but it looked like it might have caused him some physical pain to do so. Sydne Rome played the main love interest who is being mind controlled by Dr. Kobras, and she really put the “over” in overacting here. Donald Pleasance was our main villain here, and I’m not sure if the usually reliable performer was even trying. There was nothing to distinguish the character from any other villain he’s played in his career. He was just a bland bad guy that was about as interesting as a paint chip. Pleasance just seemed to be phoning it in. 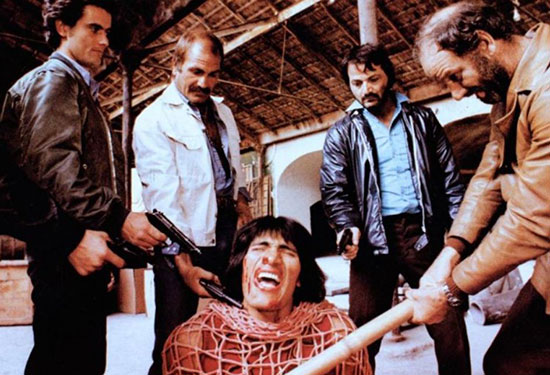 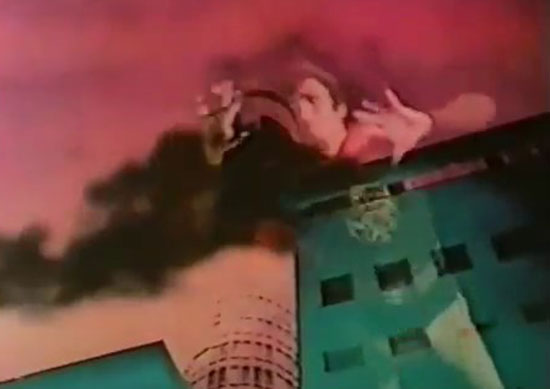 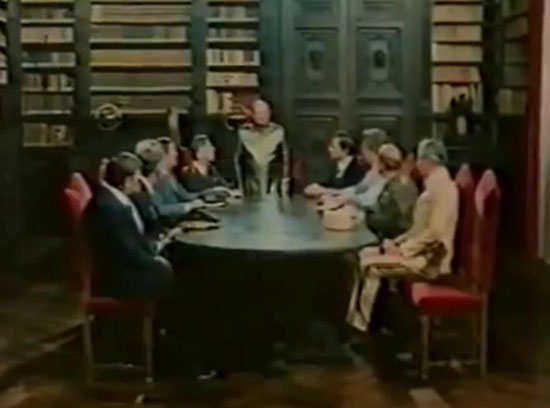 The biggest flaw is in Pumaman himself. Actor Walter George Alton was a complete void of charisma. Don’t get me wrong, he wasn’t unlikeable, just unremarkable. He didn’t have the acting ability to really draw you in and make you care about what happens to him in the slightest. The man is a blank slate of an actor, and he didn’t have anything to help cover for his blandness. In today’s day and age, it also stuck out like a sore thumb that a caucasian actor was hired to play the role of a man descended from Aztecs. There’s many ways this could be explained, of course, but still, I couldn’t help but think about that after movies like Ghost in the Shell get pummeled for casting white actors in their main lead roles. This movie would have been torn apart if released today.

Not a lot of Pumaman’s powers seemed to fit with pumas either. Increased agility and the ability to see in the dark made sense. Being able to shred things with his hands like claws did as well. However, it would have been nice if his fingers actually had claws come out of them when he did so. Minor quibble there. Super strength? I’m not sure I buy that, but I was willing to let it pass. It wasn’t until he starts flying and phasing through solid objects that I started calling bull crap. Since when can pumas do any of those things? Also, when he flew, he jutted out his rear end as if he was using the power of his flatulence to propel himself forward. His outfit also didn’t have anything to do with pumas either. For example, if you look at Marvel’s Black Panther character that outfit looks like something that fits with the panther theme. Pumaman’s outfit consists of a black shirt with a gold face on it, a black and red cape, khakis, and a pair of boots. Nothing about it brings to mind the animal he’s named after. 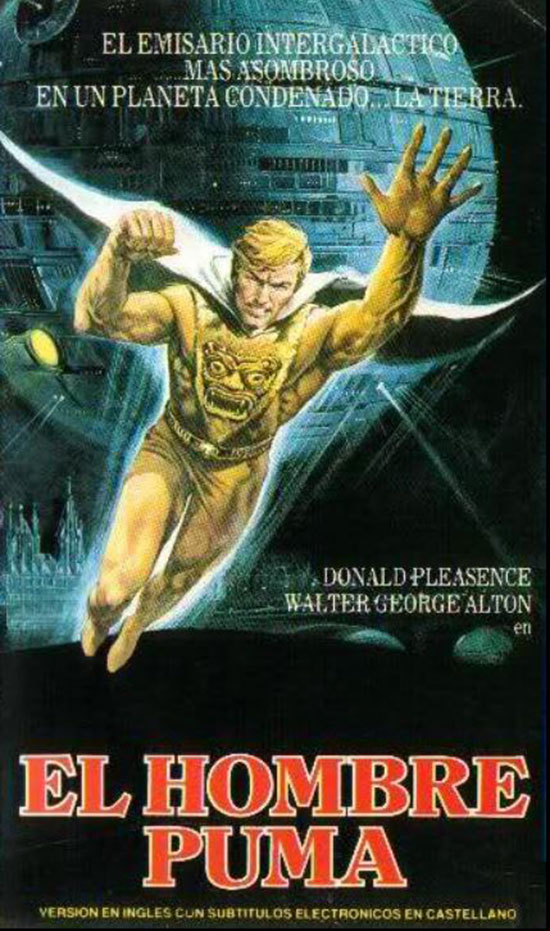 This another one of those movies that if you like watching bottom of the barrel flicks just to laugh at the ineptitude, you might have some fun at its expense with some pals or watching the old Mystery Science Theater 3000 episode where Mike Nelson and his robot sidekicks skewered it. However, if you try to sit through it alone, prepare to suffer. The cheap effects, terrible acting, and nonsensical nature of the film, The Pumaman (1980) makes for a very unpleasant experience.