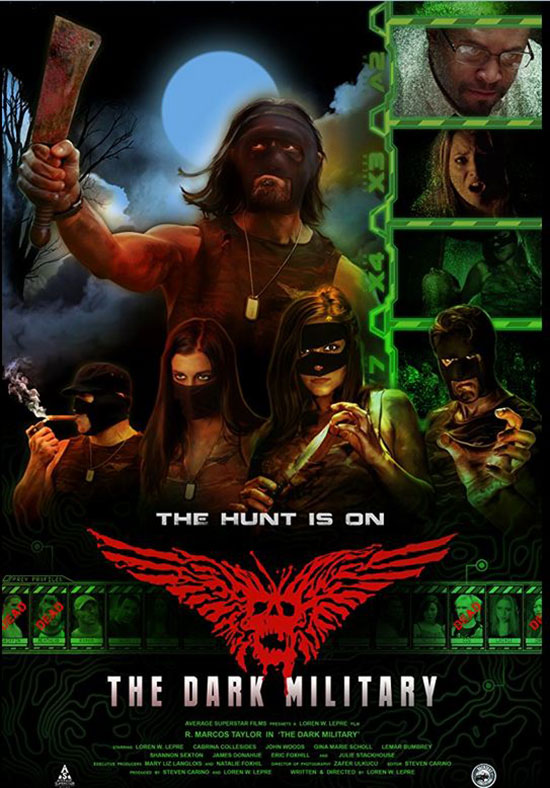 What if a web cast, LIVE on Halloween, turned out to be a real life survival game? What if the people hunting them are a rogue military? What if all eyes from the around the world are tuned in, and with a short window of time, officials need to find out where this broadcast is taking place?

The Dark Military is the first feature length film from actor/writer/director Loren W. Lepre.  Lepre was a professional wrestler and MMA fighter and also has a leading role in the film.

Lepre’s background as a wrestler is evident in The Dark Military. He plays Barabbas, the leader of a secret military group who abduct a large group of people on Halloween night and stream it live on the internet. The rogue group is made up of three men and two women dressed in cut off camo tops and wearing black masks that partially disguise their faces. Besides looking like a group of wrestlers with a crazy backstory, the first thing I noticed was that Barabbas’ mask was either too tight or he was suffering from a terrible head cold during filming and was in need of a good decongestant. 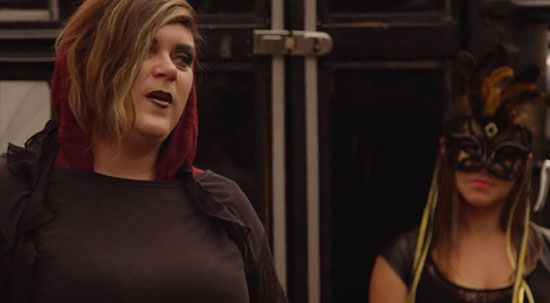 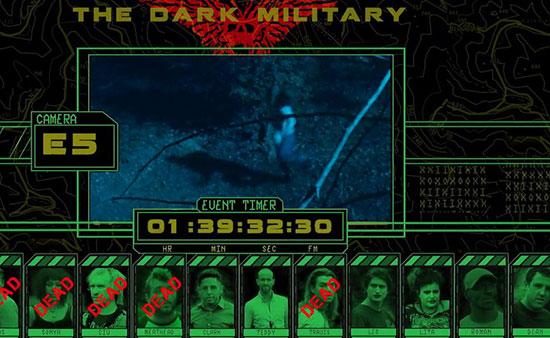 The group, who call themselves The Dark Military, convince about twenty adults to hop aboard a party bus, feed them lots of beer, promise them a good time, and then leave them stranded in the woods. The party goers just want to have fun on Halloween night and have no idea they are about to be hunted down and killed by The Dark Military. They also have no clue that there are cameras everywhere and the entire thing is being broadcast on the internet live for the world to see, including the police, who are aware of the existence of the military group, but have not been able to catch them. The majority of the film is various members of The Dark Military killing off the people they kidnapped, while unenthusiastically reciting dialogue that I’m pretty sure I’ve heard when watching professional wrestling at some point in my life. Unfortunately, every single character is guilty of lackluster acting and the sound editing desperately needs improvement. 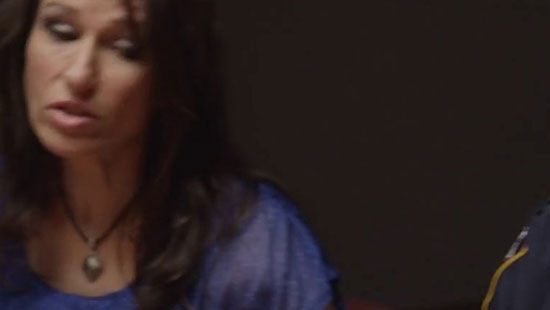 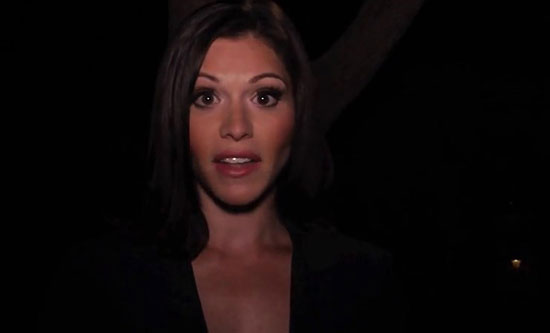 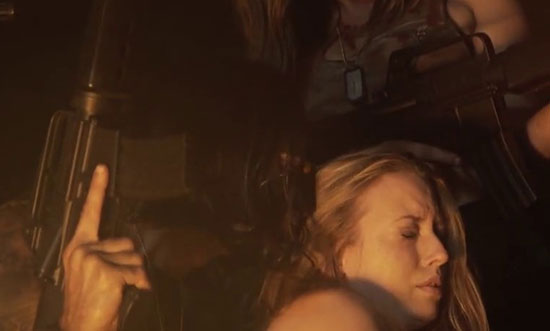 The members of The Dark Military are armed with knives, meat cleavers and other weapons and kill most of the people they are hunting fairly quickly. This would be fine, if the kills were actually shown on camera and there was also very little blood. I’ve never made a movie, but I have made fake blood and it’s not expensive. Adding more blood and some gruesomeness to the kill scenes would definitely have helped this film. I usually have fun with a good cheesy horror movie, but not only was this film lacking in blood, it lacked cheese. It just felt like no one involved with the project was interested in what they were doing, with the exception of Jezebel (Gina Marie Scholl), who clearly took her role too seriously.

I couldn’t understand why it took almost the entire movie for the victims to realize they could make weapons out of things they could find in the woods, like tree branches. Or maybe they could just fight back? I didn’t actually count the number of victims, but there were a lot of them compared to the mere five members of The Dark Military and it doesn’t take much to imagine the kidnapped overpowering the kidnappers. Another problem I had is that this film was made by someone with a wrestling background. For that to be the case, the fight scenes should have been better choreographed and orchestrated to be at least a little more believable. 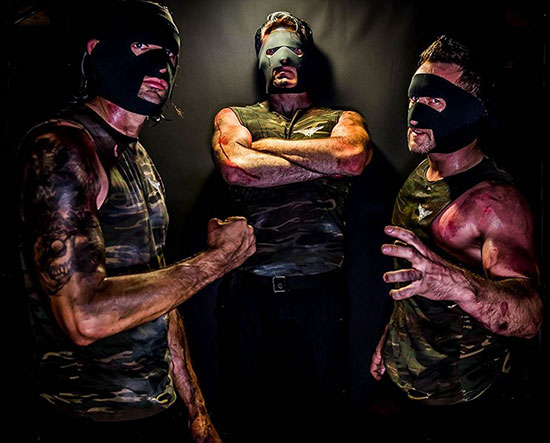 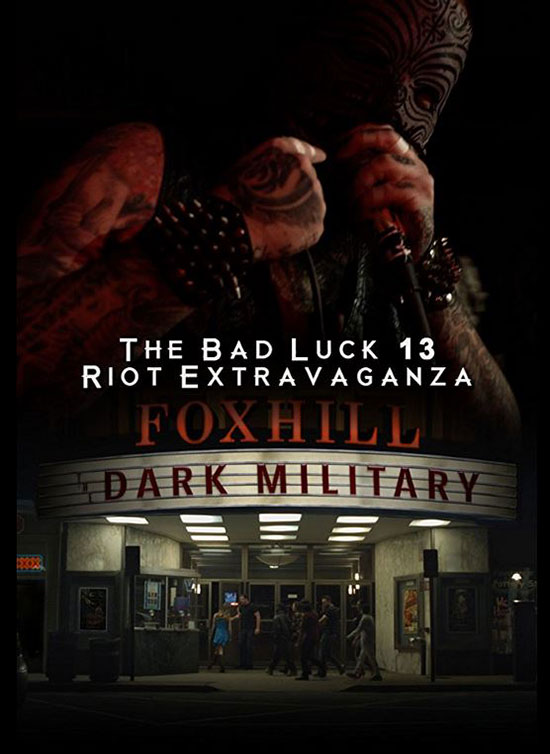 This is an interesting story that could have been executed in a much better way with better writing, practical effects, and people that cared about the final product. I’m not an expert on wrestling and I’ve never made a movie, but I do think most of the speeches made by the members of The Dark Military might work in an actual wrestling ring. The dialogue just didn’t do anything to help this movie. I would like to high five the guy who played the cook in a couple of brief scenes. He was more convincing about being upset over his missing cookware than any of the other characters in the film.