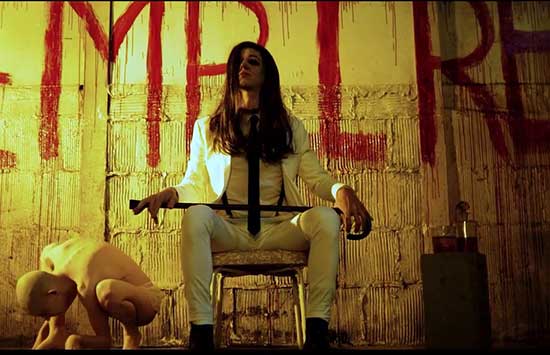 Calling all H.P. Lovecraft fans, you’re going to want to get in on this. Whether it’s the earlier films of Stuart Gordon or more recent releases like The Void and Call Girl of Cthulu, Lovecraftian horror has been with us in films for a long time. Sometimes it’s in the form of direct adaptations of the historic writer’s stories, and sometimes it is found in original stories that carry some of the same atmosphere and paranoid otherworldliness in their plot. And it’s just about time to add another film to that list: Empire of Dirt.

Directed by Adam Mason (The Devil’s Chair, Blood River, Hangman, etc) from a script by Paul Sloan (who also wrote the script for 2016’s I Am Wrath), this short film plays out like the nightmare of someone who is already in hell. Set in Manila in 1997, we open on a shot of a hallway lit by a red light; we’re talking Suspiria-red. Very quickly the empty hall becomes the setting of a violent gun fight. We don’t know who these people are, but it becomes clear that it is one man (played by writer Paul Sloan) vs. all, and the one man pretty much holds his own… until he is visited by a ghost/hallucination of a dead girl (up and coming actress Lillian Solange), her naked body covered by the y-shaped scar of an autopsy. We get a hint that she might be someone from his past, but things remain a mystery as another attacker starts pounding him. And then things start getting really crazy… 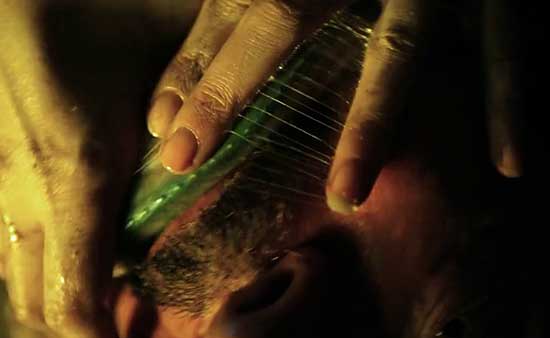 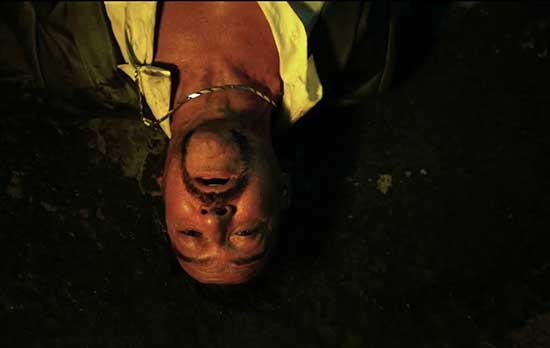 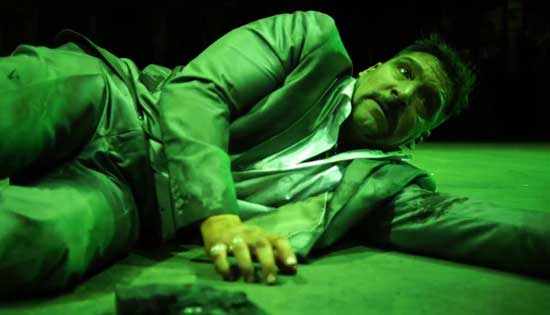 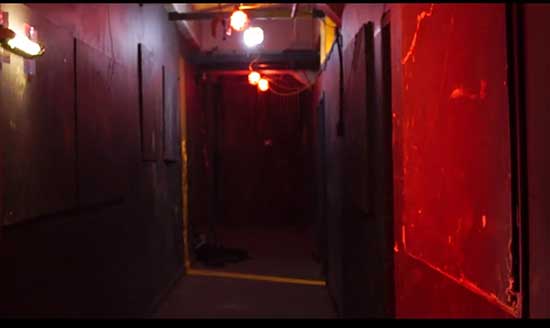 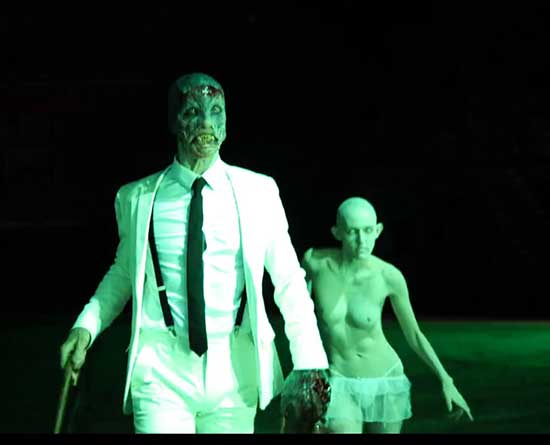 A door mysteriously opens. The walls are covered in hash marks, five at a time. A man wearing what appears to be a dead skin mask (Mark Steger, who has also played Charles Barlow in The Pact [1 & 2] and “the monster” in Stranger Things) speaks to our main character, while a nude, bald female contortionist (stuntwoman V Nixie) writhes on the ground near him. The dead woman appears again and screams. Soon there are tentacles grabbing our “hero,” a regurgitated fish is placed in his mouth, and he is prescribed his fate. And it still gets crazier from here.

Mason’s short film plays out with a confusing but mesmerizing dreamlike quality, in the same vein as films like Flowers, Baskin, and the afore-mentioned Suspiria, among others (or even the director’s own film, The Devil’s Chair). That’s not to say it makes no sense, or is simply weird for the sake of being weird. There is a story here, it’s just shrouded in mystery and horrifying imagery. And much of this is attributable to Mason’s directing skills, skills that have been evident for at least the past 11 years/seven films but have often, for whatever reason, been overlooked. In Empire of Dirt, the eight-and-a-half-minute short film opens with a four minute (or so) uncut shot. We saw this technique in 2010’s Pig, but it’s more impressive here as it’s in tighter quarters (a cramped hallway as opposed to a wide open, outdoor setting) and with a lot more happening in a much shorter timeframe. And I can’t say enough about the colors on display here – the red hallway, a yellow hue in the middle section, then a green tint to the final act – they are such a large part of creating an effective mood and atmosphere.

Adam Mason has described Empire of Dust as Hellraiser meets Oldboy, or even The Raid set in Lovecraft’s universe. And so far, this short film, one of the director’s best yet, is not currently available to the general public, and if it will be at some point still remains to be seen. However, the good news here is that this short is technically what could be called a “proof of concept.” What that means is that the filmmakers have every intention, if they’re able to, of taking this idea and creating a full-length film of it. As it stands, the short film Empire of Dirt feels like the intro to a nightmarish revenge story, one I would love to see play out in full. And in a time of remakes and superhero movies, we could really use a dark and twisted original horror film like this one.