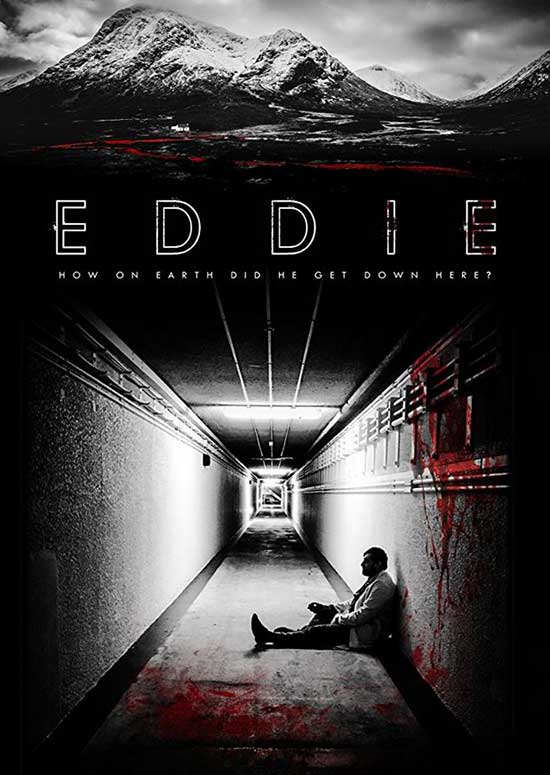 Deep underground, a lone scientist mans a discarded research facility struggling to deal with extreme boredom, a desperate voiceless companion and a mystery he’d really rather not have to solve.

More short films, kiddies! Today we have EDDIE, a short film written by John Lynch and John Williams-Nobbs, directed by John Lynch. This is Mr. Lynch’s first fictional film, however he has a long history of other credits to his name.

An interesting thing to point out is that this short is a prelude, an introduction of sorts, to a larger universe that Mr. Lynch and Mr. Williams-Nobbs are looking to create. The concept is based on the idea of a large British research corporation (think Umbrella or Zom-Con) and focuses on the poor slobs that toil under their thumb. Outdated technology, lack of communication, isolation, and no resources, yet results are expected.

But what exactly are the results being sought? 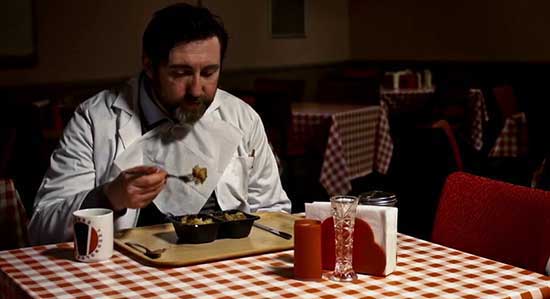 In this story, we meet Eddie (Alan Mandel), a guy suffering from some unknown malady that looks a lot like being a zombie. He and a researcher (Johnny Vivash) are all alone in a facility in the mountains. One can assume this for both safety and security.

It’s a lonely job, I would imagine. Our researcher has been there quite a while, and the ends are starting to fray. He also wonders what exactly it is he’s doing there, but chances are good he really won’t like the answer.

I love the score. The special effect work is all practical and very good. The aesthetic of the film feels very cold war-ish, which I assume is the look they wanted. I should also point out that this isn’t just a horror film. It has some delightfully dark comedic elements to it.

This is good stuff, folks. The short is a self-contained story, but I can absolutely see how the larger reality the filmmaker’s wish to create could expand from it.

Using my special short scale of one to five, five being awesome, I’m giving this film four pens.