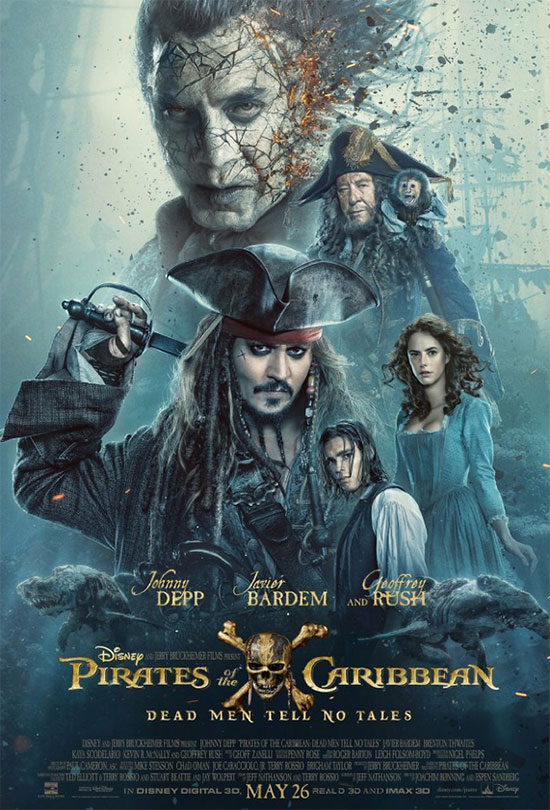 Captain Jack Sparrow searches for the trident of Poseidon while being pursued by an undead sea captain and his crew. 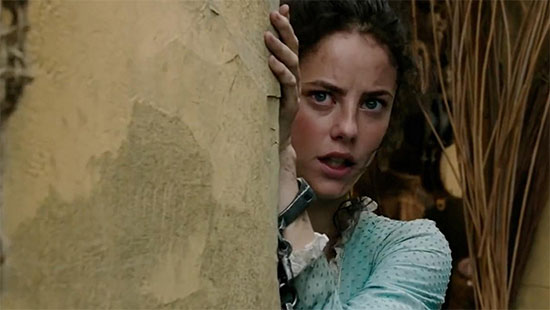 Twelve year old Henry Turner goes aboard the Flying Dutchman to tell his father Will Turner (Orlando Bloom) that he can break the curse that binds his father to the ship if he can find the mythical Trident of Poseidon, which will release all curses of the sea, and he intends to get Jack Sparrow (Johnny Depp) to help him.  It feels like Johnny Depp was born to play Captain Jack Sparrow. Will doesn’t believe the Trident exists and demands that Henry leave and never come back. Nine years later, Henry is working on a British warship that is sailing towards the Devil’s Triangle.  He warns the ship’s captain not to sail into the Triangle and is locked up for attempting mutiny. After entering the Triangle, The warship is attacked by Captain Salazar (Javier Bardem) and his undead crew. Captain Salazar was a ruthless pirate hunter who terrorized the seas for years, killing thousands of pirates, until Jack Sparrow led him to his death in the Devil’s Triangle. The dark powers of the Triangle resurrected Salazar, but cursed him to roam the world as a ghost for eternity. Salazar has been searching for the Trident of Poseidon so he can kill Jack Sparrow and avenge his death. I thought every character was perfectly cast in this film and I really loved Javier Bardem as Salazar. Even his makeup was fantastic.

In Saint Martin, Carina Smyth (Kaya Scodelario) has been sentenced to death for witchcraft because she has been studying astronomy and horology. She possesses a book, left to her by her father who she never knew, that gives the location of a map that will lead to the Trident of Poseidon. Carina meets Henry and tells him she knows how to find the Trident. Jack Sparrow has been captured by the British army and his crew helps Henry save Carina and Jack from execution and they agree to work together and set sail on Jack’s ship, the Dying Gull. Carina tells them that the stars are actually the map that leads to the Trident. Salazar teams up with Captain Hector Barbossa (Geoffrey Rush) who is also looking for Jack Sparrow. The special effects in this film are astounding and believable and I especially loved a wild scene with a ghost shark full of holes flying through the air. 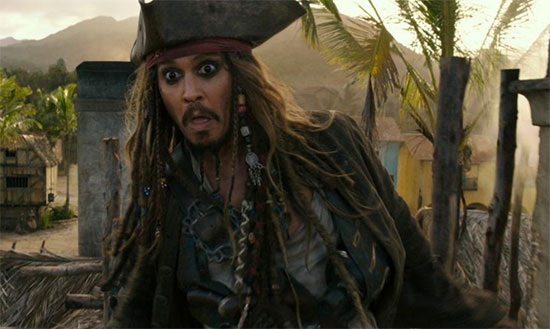 Salazar’s ship catches up to the Dying Gull and Jack realizes that the ghost crew cannot step foot on land, so he, Carina and Henry escape to a nearby island. Once on the island, Barbossa switches sides and decides to help Jack, Carina and Henry. Jack’s original ship, The Black Pearl, which had been shrunken down and trapped in a bottle, is restored to its original size and Carina navigates the ship to the island where she believes they will find the Trident.  Along the way, the true identity of Carina’s father is revealed.  An insane, highly entertaining sequence of events is set into motion when they arrive on the island where the Trident is supposed to be located, including some epic battle scenes. 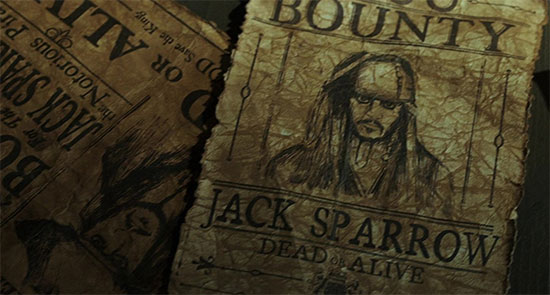 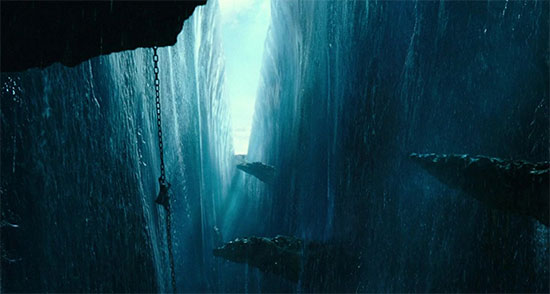 Will they find the Trident of Poseidon and lift all the curses of the sea? Will Henry finally be reunited with his father Will? You’ll have to see the film to find out. I also suggest that you watch the end credits all the way to the end because you will be rewarded with a very interesting bonus scene featuring a familiar character, that you won’t want to miss.