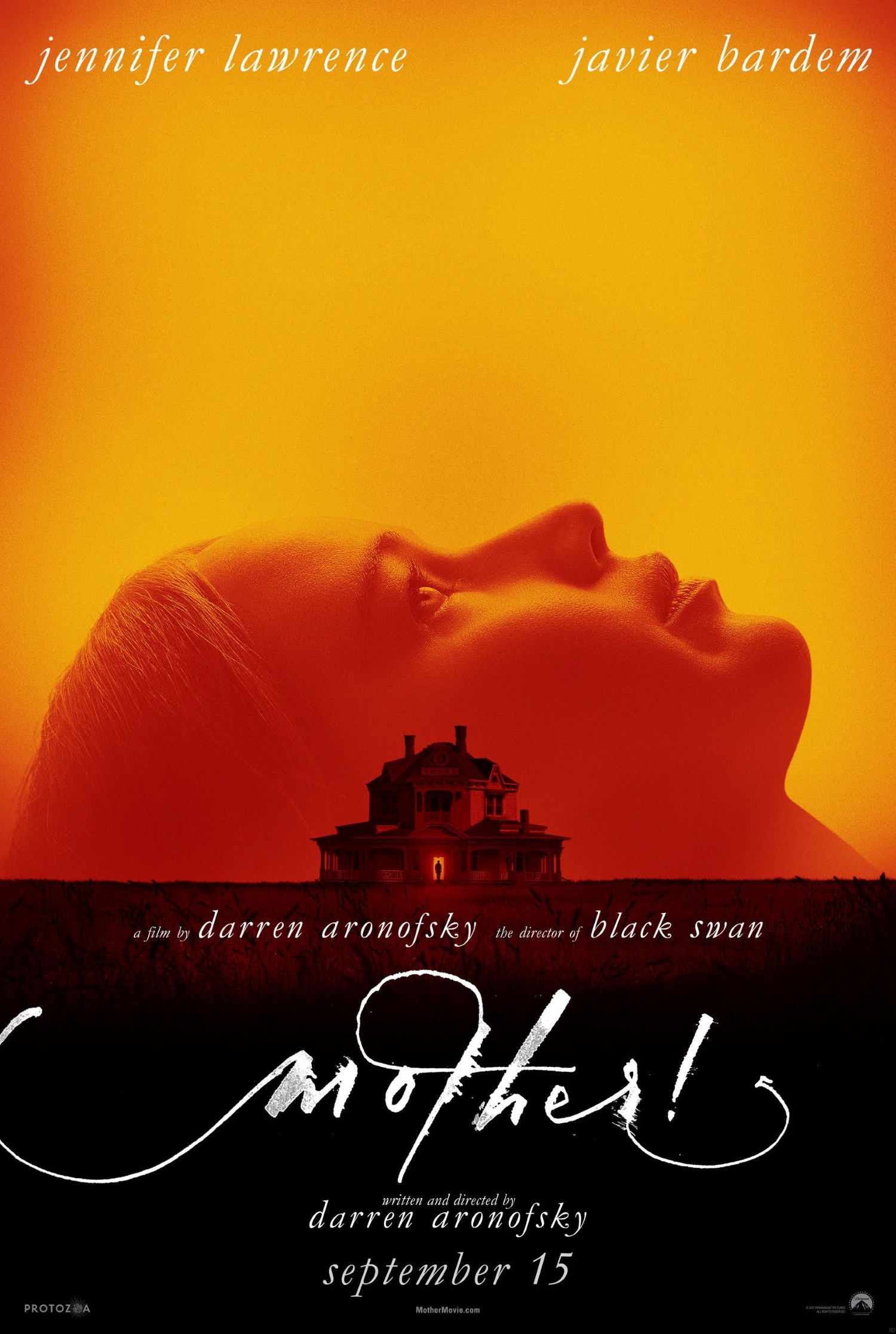 A couple’s relationship is tested when uninvited guests arrive at their home, disrupting their tranquil existence.

I’m a big fan of Darren Aronofsky and his films. Being the writer/director of films like Pi (1998), Requiem For A Dream (2000), The Fountain (2006), The Wrestler (2008), and Black Swan (2010), I daresay the man is something of a genius. But then again, he followed up those bits of cinematic joy with the dumbfounding Noah (2014) – and now he returns with something he deigns to call mother! (Small case lettering intentional). And after seeing it, I’m afraid that Mr. Aronofsky might just have gone off the deep end. 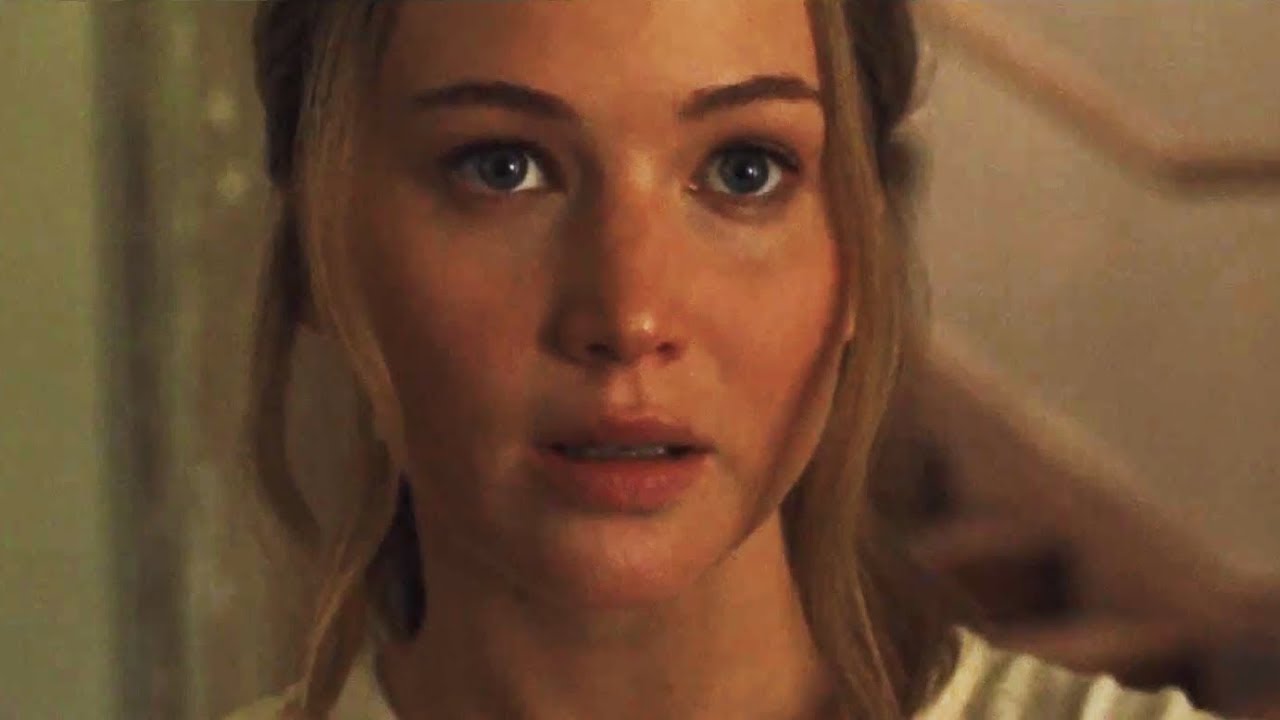 Jennifer Lawrence plays the title character, and as the film begins, she’s waking up to a new day in her sparse, but spacious home. She immediately looks for her husband – credited as “Him”, and played by Javier Bardem. He’s a famed poet, but is in a bit of a rut as the film begins – unable to write anything worthwhile. Their day is as nondescript as one could possibly imagine, until someone knocks at their door late in the evening. Since their home seems to be in the middle of nowhere, their reaction to the knock tells us that they rarely, if ever, get visitors. The visitor, “Man” (Ed Harris), claims to be a doctor who thought their home was a bed and breakfast. After some small talk, and a bit of liquor, Him asks Man to stay for the night. Of course, mother is aghast at the notion of having a literal stranger stay for the evening, but goes along with the idea after a bit of cajoling from Him. Later the next day, “Woman” (Michelle Pfeiffer) shows up, claiming to be the wife of Man, then their two sons show up (along with a bunch of other strangers). During an informal get together, the brothers get into a violent argument which leads to a murder.

And then shit gets really weird.

I really can say no more about what happens for the rest of the film, because in all honesty I don’t really know what the hell was going on. I’m not sure, but I think it’s possible that Aronofsky might be toying with ideas about fame and how empty it might all be. Then again, he might be trying to convey a message about religion, with Bardem playing some kind of prophet who’s worshipped by the masses who idolize him and his prose. But then again, it might be that Aronofsky was just making this mess up as he went along. Personally, I’m leaning towards my last guess, because this film truly seemed to be just a series of ideas that weren’t fully thought out.

I can’t discredit the actors involved here though. Everyone seems to be giving it their all, but to what end? mother! plays like the most self indulgent mess of a film I’ve ever seen, I actually got angry as the film continued. Films like this one aren’t made to entertain anyone, actually I dare anyone to stand in front of me and say they were entertained by this misguided mess of a movie. In all sincerity, I don’t know who the intended audience for this film is. Were there focus groups who watched this film beforehand? I know there were sneak previews for it as I was invited to some of them. I wonder how they went? I wonder what the bigwigs up at Paramount thought when they gt a look at the final cut? There’s no way they thought this was gonna be a hit afterwards, it just isn’t possible. This film is far too disjointed, dense, dull, and anachronistic for anyone not named “Aronofsky” to enjoy. 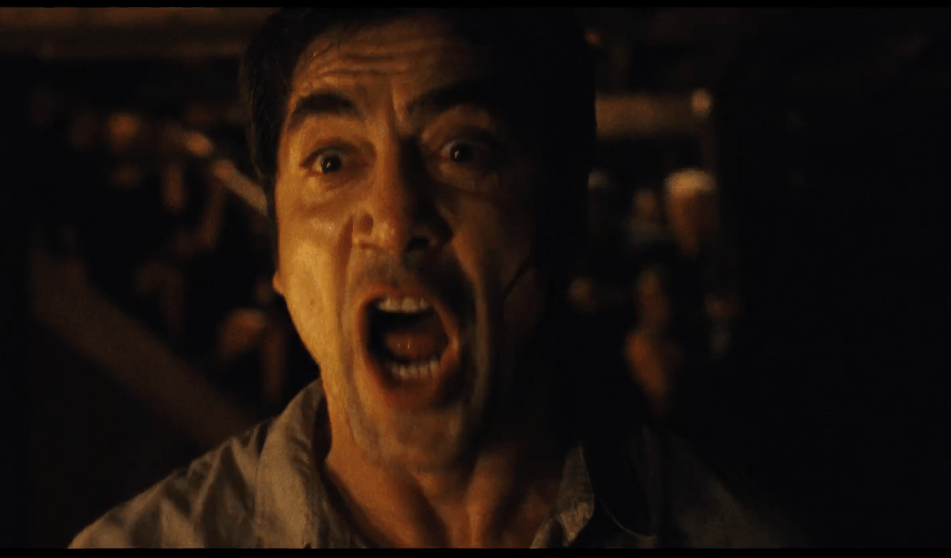 See what I mean? This shiz is crazy.

Ultimately, I really believe that mother! is what happens when a film maker starts to believe the hype, and thinks that anything he does will be worthy of undying praise from the masses. Remember when our current president was campaigning for office and proclaimed that he could “Walk out onto the street and kill somebody – and not lose any followers?” Well, mother! is the cinematic equivalent of that statement. I cannot believe nonsense like this got a wide release in theaters from coast to coast. There are those who are praising the film, and while I can’t/won’t criticize their judgement, I will dare them to explain to me what they think the film is all about. I’m positive none of them will be able to in a clear and concise manner – because they can’t. mother! isn’t about anything other than a film maker who thinks his poop doesn’t stink, and that’s a tragedy. 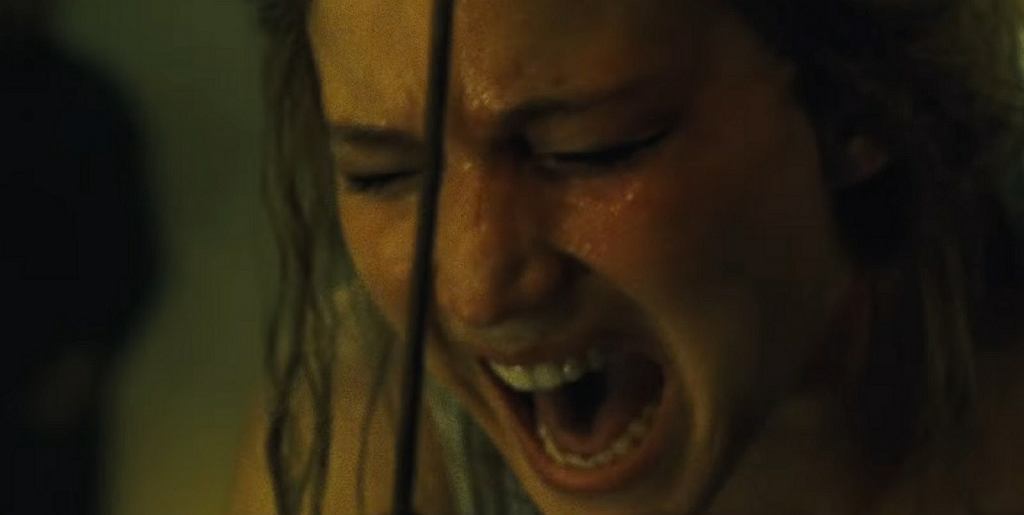 Don’t be fooled by the (admittedly brilliant) trailers for this film either. I don’t know about anyone else, but they give the impression that mother! might be a horror film in the Rosemary’s Baby vein. Believe me when I say it isn’t. All it is is a self indulgent mess of a film with absolutely no redeeming features whatsoever. Movies like this one puzzle me no end, because once again, I just don’t know who they could possibly be made for. I haven’t the foggiest idea who might be entertained by this film, and the fact that it cost a reported $30,000,000 disgusts me. 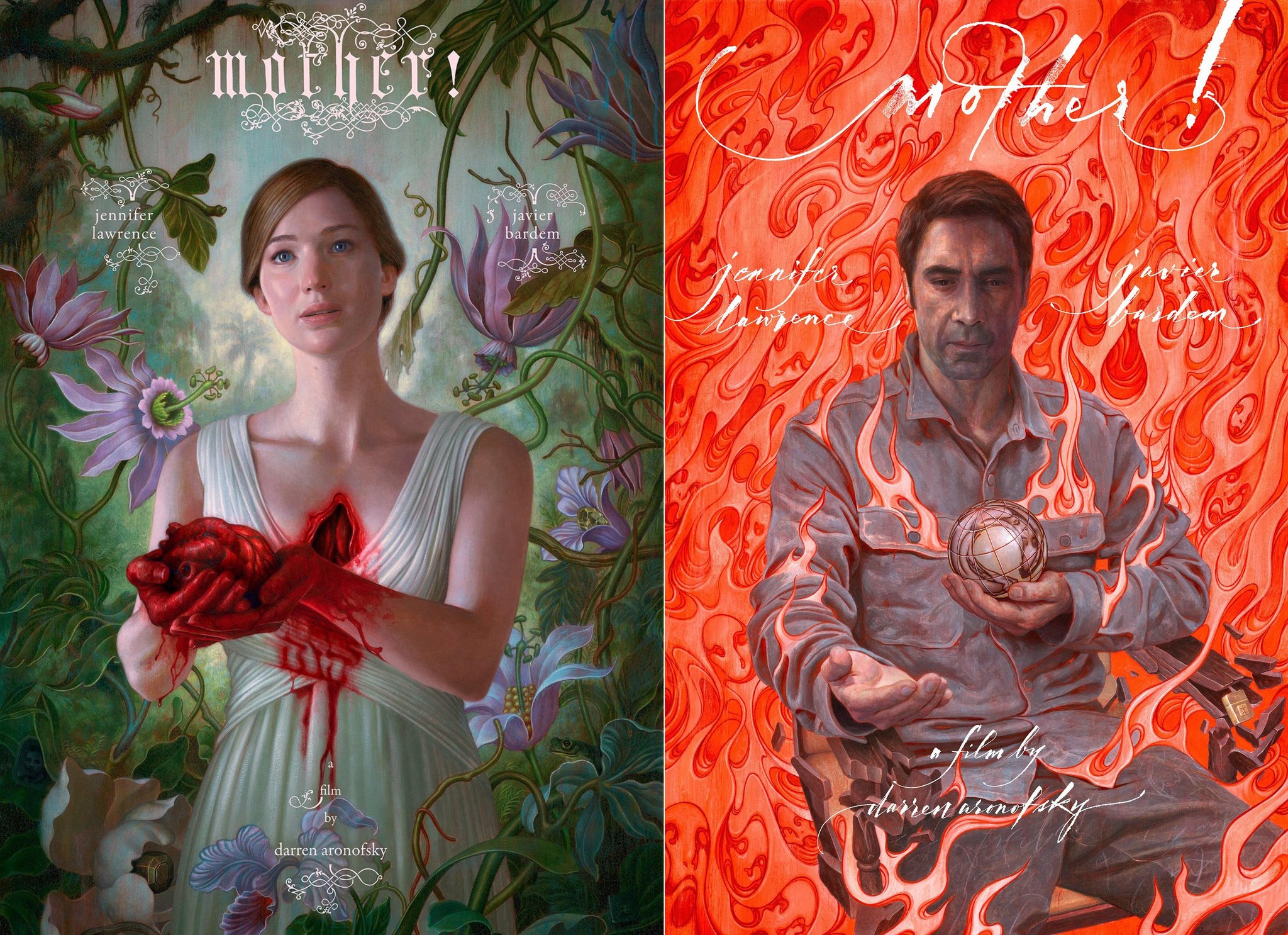 mother! – Zero out of five shrouds.