There are few names as synonymous with horror as author Stephen King. The man has created some of the most original, cerebral, bizarre, and creepy horror stories in history and its no surprise a good many of them have been adapted into films. But with so many to choose from, which of King’s beasties reigns supreme? Check it out. 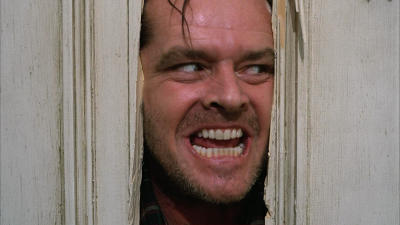 Ok, first off, being last place on this list does not mean Jack Torrance is not scary. He still made the list! With all of the King adaptations out there, there are a ton that did not.

Aspiring author Jack Torrance takes the job of winter caretaker of the Overlook Hotel and moves in with his wife and son. But soon the hotel shows its true colors: a bloody past and a haunted present. It twists Jack into turning on his family and he pursues them through the hotel. The character is just a normal guy, but crazy is scary. Made even more so by the excellent cast of Jack Nicholson. The man was made for roles like this and the Joker. Check out the vid of Jack getting pumped before the famous “Here’s Johnny” scene! 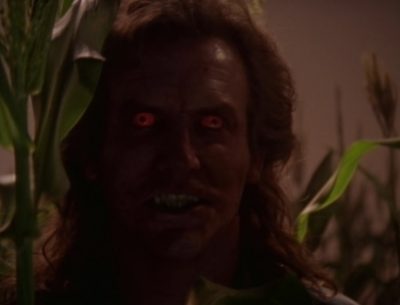 The Stand is about the world’s population being decimated by a plague only for the true danger, a demon named Randall Flagg, to appear in the aftermath and make the hellscape his playground. Randall ranks low on the list because, usually, he appears to just be a normal guy with a pretty nice denim jacket. But it’s not appearances that make Randall scary, it’s his actions. Randall oozes danger and menace. He might look normal, but you’d know if you met him that he was anything but. 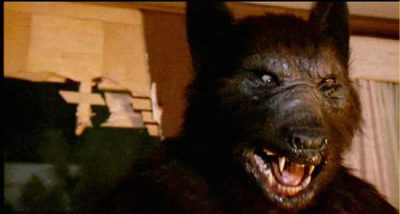 The number of good werewolf movies could probably be counted on one hand. It’s a tough monster to do justice, but Silver Bullet pulls it off. What makes the werewolf in Silver Bullet truly frightening is the danger he presents even in human form. Reverend Lowe has gone a bit crazy to justify his continued existence after taking lives as the werewolf and now he will try to stop anyone who poses a danger of exposing him. Plus, I mean, look at that werewolf costume! 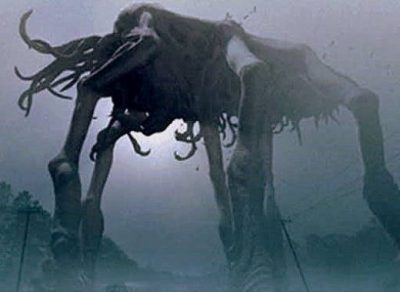 What’s scary about The Mist is the fear of the unknown. The entire town is shrouded in a fog and there are bizarre and deadly creatures in it. You can’t see them, but if you go out there you will probably die. It’s practically an invasion, an alien, extradimensional ecosystem leaking into our plane of existence. You might never see the thing that kills you in that fog. If you do see it, you might wish you hadn’t! 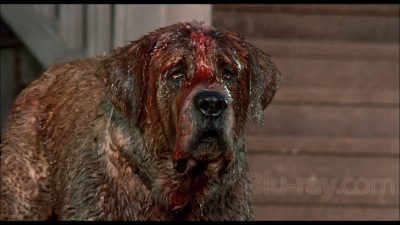 Cujo is scary for just how real it is. We hear about dog attacks all the time, but reading about it in the news and seeing a film where a rabid st. bernard goes on a killing spree are two entirely different things. Stephen King made man’s best friend into man’s worst nightmare! 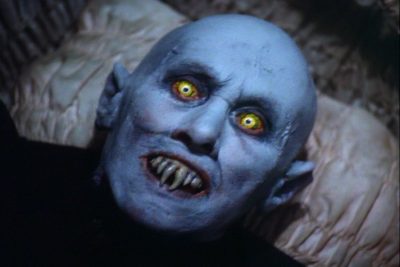 Stephen King movies have the right idea about vampires. These creatures don’t sparkle or wax poetic. They EAT you. They aren’t pretty, they are grotesque immortal monsters. And if you professed your adoration for Barlow here, it might buy you a couple of moment while he laughs at you before ripping your throat out.

04- The Children (Children of the Corn) 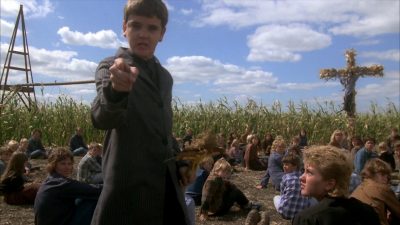 Cults are scary for their fanaticism. And, let’s face it, kids are creepy as hell. So cults of fanatical killer kids? Yeah, that’s messed up.

A young couple stumble into an entire town of these demonic little tikes. They’ve already murdered the entire adult population and they are worshipping a demon in the cornfield. Good times. Isaac, the leader of the cult, in particular is very creepy on screen, mostly due to the talented John Franklin. 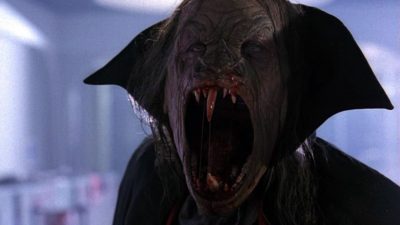 Let’s take everything we said about Barlow and multiply it by 10. This vampire is a truly grotesque, barely humanoid monstrosity who flies his private plane from small airport to small airport, feasting on those he finds.

When young Gage is hit by a truck, his heartbroken father buries him in the Pet Sematary, a magical plot of soil used by the native americans to bring back their dead. And Gage does come back… as the creepiest child to ever appear in any horror film ever! The scene with the scalpel alone… This kid is literal nightmare fuel. 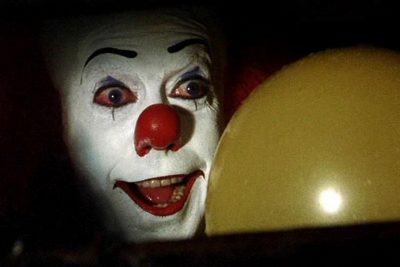 C’mon, did you think for one second there would be anyone else in the number 1 spot? Now, keep in mind, I have yet to see the new adaptation so I can’t comment on the new portrayal, but the talented Tim Curry’s portrayal as the evil monster clown is one that will hard to top! Pennywise is the embodiment of evil and exudes a sense of… wrongness. And Tim brings him to life and makes him truly terrifying.

What do you think? Is there a favorite of yours that didn’t make the list? Sound off in the comments!