Charles Band is a legend and he took time to speak with Horrornews.net for an exclusive interview.

Hi, is this Janel?

This is Charlie Band! How are you?

Hi Charles! I am well. Thank you! How are you?

Charles- Crazy busy, too many things at once.

Charles, it is such an honor to speak with you. I have been a longtime fan and followed Full Moon Direct forever. “Subspecies” is one of my all-time favorite films.

Charles- Thank you! It is crazy, considering we were pioneers in Romania in the early nineties so we not only went there but we said we got to shoot this movie primarily in Transylvania. They haven’t seen an American crew for a decade so it was kind of an adventure.

Anders Hove as Radu is incredible.

Okay, so tell me about “Puppet Master: Axis Termination?” This will be part eleven?

Charles- It is actually “Puppet Master” eleven believe it or not and it is called, “Puppet Master: Axis Termination.” I am excited because first, I think it is one of the best we’ve done. We took a lot of time and effort. It is a period piece. It takes place in the forties. What’s also neat about is you know we now have three very successful Full Moon channels on Amazon. We have one in the U.S., one in the U.K. and one in Germany. So this will be the first time we are going to release one of our new movies all on the same date and on our three channels. These channels are sort of like the new video stores. People can subscribe and it’s really cheap. It’s like five or six bucks, depending on where you are.

They’ll see everything from all the “Subspecies” movies to all the current movies and the movies I made in the seventies, eighties and the nineties. So it is really a great place with hundreds of movies to choose from. It is exciting to know that were releasing it. It is eventually going to be on hulu.com, but we are going to release this movie in three chapters. On the 15th of September were releasing the first chapter, a week later the second chapter and a week later, the third chapter. So it’s going to be three weeks of these releases. I am really proud of the work and it is kind of neat to have your own channel. It is the first time we are going to release something significant for us and new, exclusively on the channel. So if you want to see “Puppet Master,” just go to Amazon and find the Full Moon channel but you’ve got to be a member of Amazon Prime but it seems like everyone is. 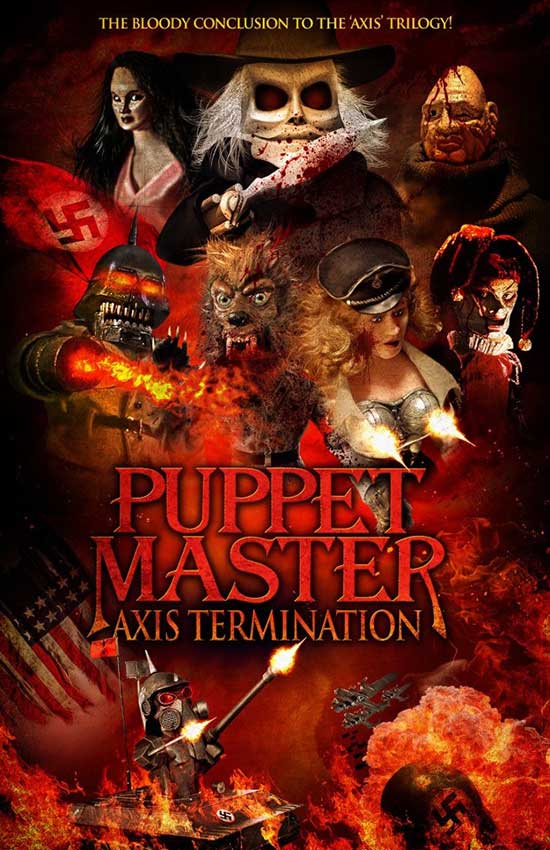 You have been in the industry for a long time. What do you think you have learned the most out of everything you have done over the years?

Charles- Well you know you learn every day. Anybody I meet who seems to know it all, knows nothing. You learn every day and as long as I have been doing it. I grew up on a movie set so it’s not like I started at twenty-two you know, I started at zero. My earliest memories are being on my dad’s movie set so you know it’s obviously in my blood. You learn every day especially with the ever-changing landscape. I thought I knew what I needed to know in the mid-seventies doing these movies theatrically and then there was the whole learning curve about direct-to-video and VHS and then there was the DVD world and now all of that has transitioned into a digital world where people are subscribing to Netflix or channels that they like that carries content that they like such as the Full Moon channel. It is a very different world then it was ten to twenty years ago. I guess if I could add to that question putting aside learning would be learning how to survive.

Learning how to shapeshift into whatever you need to do to make sure you are still delivering your movies to people and they can find them. I think the main thing you learn is that the fundamental sort of creative and what it takes to make a movie and have it turn out well. So whether you are shooting on 35 or digital or however you are going to do it? However it’s going to be done in the future? You still need a great script because without a good script, I don’t care how much money you have you do not have a good movie. You need to have talent and people that know what they are doing. You need to cast good actors and you need good music. It seems easy to say but no one sets out to make a bad movie. A lot of bad movies are made and so you got to look back and go oh, what went wrong there? Usually you trace it back to the script. Obviously we have small budgets and our canvases are pretty restricted so these are character driven movies. We try to do as much as we can with special effects to make them credible. We are so jaded and people have seen it all and people are dying for characters and stories and not just endless special effects. Even with all the money in the world I wouldn’t do what I am doing any differently. I think the stories we tell have stood the test of time because they are clever and different and they are not copycat.

I’ve never made a slasher movie, I made movies with puppets and dolls and freaky things. Dark humor, that’s my thing. At the end of the day you have to be clever enough to fool people who by now are super jaded because they have seen a thousand horror movies. The short answer to your question is that it all starts with the material and the talent involved. The technology may change but you are still asking people to sit down for ninety minutes or one hundred minutes and you need to entertain them.

Charles- I totally agree, so that’s why I try to keep things different.

So many people love Full Moon and the films you do. What do you want to say to the audiences that will be watching “Puppet Master: Axis Termination,” and all of the work you do?

Charles- I think we try at least to do a good job of entertaining you. These movies are built for entertainment and escapism you know there is no real social message. I don’t pretend to do something. We are just trying to make fun entertainment and something that is clever enough and not as predictable as most big movies seem to be. Hopefully Full Moon movies will continue to be somewhat unpredictable and hopefully and this is my biggest hope is that more and more people subscribe to our little channel. Again, it is very inexpensive. There is no local video store anymore. 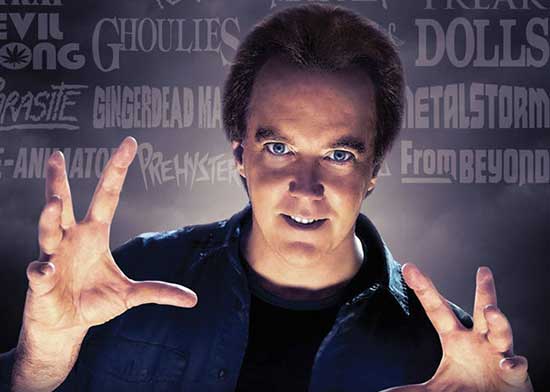 What was it like writing and directing and shooting “Puppet Master: Axis Termination?”

Charles- It was great. I’ve done it for many years. We have a great team and luckily today you can do a lot more with a lot less. In the old days when it was all thirty-five millimeter and it’s a lot of big cameras, big lights and a big crew with heavy lifting. It was a very different world back then. Again we still don’t have the money we had back in the eighties and nineties and it was a better world for independent filmmakers. But at least being on a set working with actors and a crew it is easier because everything is lighter and smaller. We took extra time in post-production.

So final thoughts and do you have a favorite scene?

Charles- So I think this time as far as a favorite scene is concerned we have several that work well. The illusion that I’ve dealt with since 1989 on the “Puppet Master” series, the illusion of the little twelve or sixteen inch character being part of a scene is not so easy. The easy way would be to do it in CGI. The actors react to basically a light or something that allows their eyes to focus on where the creatures going to be. But later on much like a cartoon the CGI character is dialed in but I’m not a fan of that so everything we’ve done was on-set. We went back during our six months of post-production and we did certain shots and brought the actors back so that they would be in the scene.

We are dealing with, whether it is a puppet or whatever the trick is required in the scene, so these are all live-action shots and no CGI. I think because of that there are three or four scenes that are really strong. There are some pretty grisly puppet kills which I know people wanted to see. So nothing is fake about any of that. We have real puppets doing some nasty things and real humans reacting. I think this is a really good ride. I hope everyone is interested in this movie. Just go to the Full Moon channel because there will be no other place on earth to see it first. Eventually they can see it on Blu-ray, eventually on DVD but if they want to see the movie in three chapters, all they have to do is sign up to the Full Moon channel on Amazon or FullMoonStreaming.com. We have our own online site. I wish we were all over the world but we are not.

But we are in Germany and in the U.K. in case anyone is listening from over there. And in the U.S., all they have to do is go to Amazon and sign up for the channel. They can see “Puppet Master: Axis Termination,” in which we spent about a year now making. 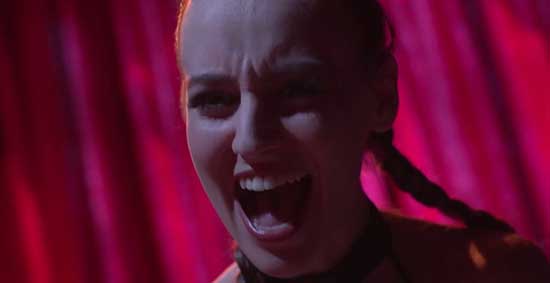 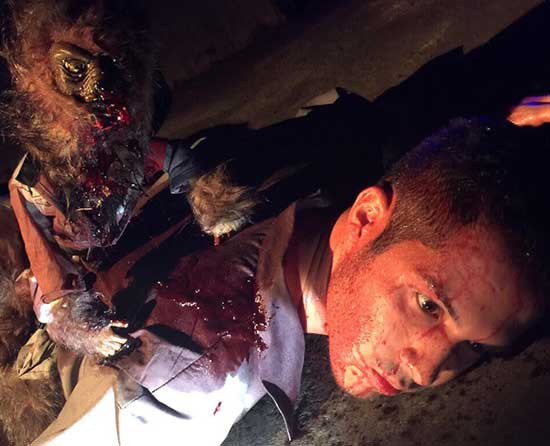 That is great! It was such an honor to speak with you! I am always excited about the work you do! Thank you so much Charles.