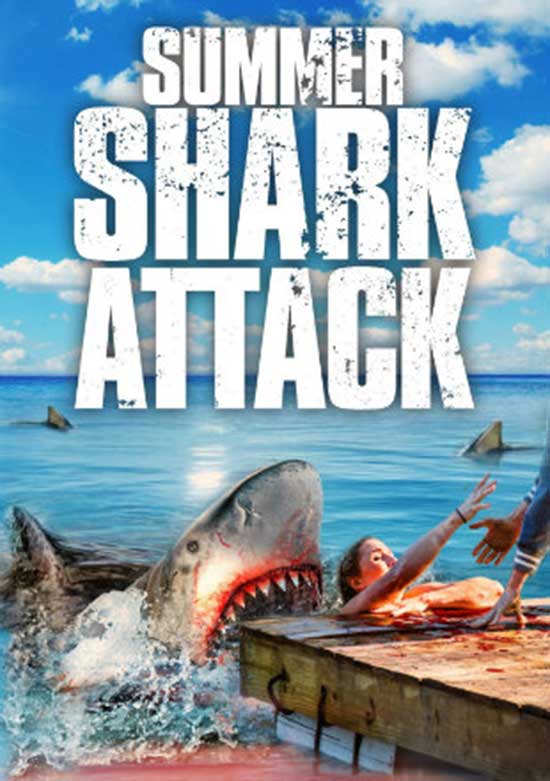 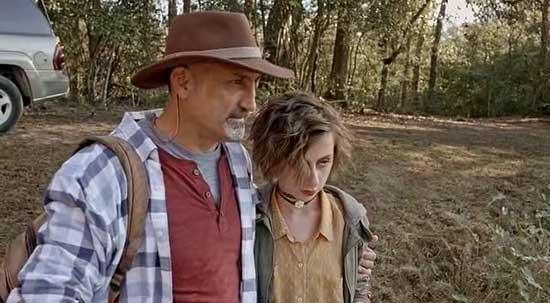 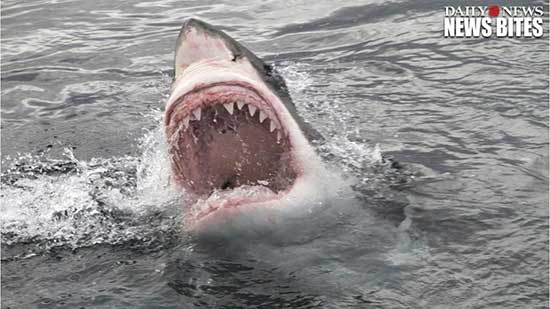 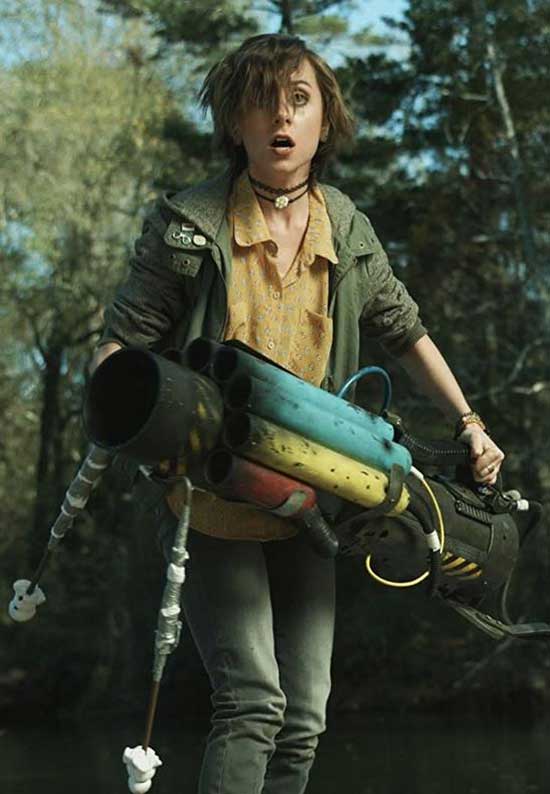 The story follows sulky teen Molly—played by Allisyn Ashley Arm (Demi Lovato-vehicle Sonny with a Chance)—and her brother Harrison—played by Dave Davis (The Walking Dead, Ghost Shark)—as they go to the Ozarks for a summer getaway. Shortly into the film, Molly’s dimwitted boyfriend Curtis (Ross Britz, My Father Die) crashes the party, as does shark attack survivor Beth (Ashton Leigh, Frankenstein vs. The Mummy). Molly’s father (Michael Papajohn, American Ultra, Gangster Squad), mother (Laura Cayouette, Django Unchained, The Loft), and crazy weapon-maker/bait shop attendant Jones (Thomas Francis Murphy, The Walking Dead, Self/less) round out the cast, and allow for the film to keep the action up by jumping between several disparate groups of cast members.

Arm plays her role as the lovesick emo Molly well, though she stands out as cliché now and again when beside her normal brother Harrison, who comes across as a sellable nice-guy thanks to Davis’s performance (okay, he’s clearly too old for the role, but here I’ll take well-acted over age-appropriate.) Davis’s only failing is when his character is forced to man-‘splain why he and Beth, who provides the required blood-spattered cleavage in the film, have to go on the river when they have a perfectly good vehicle mere feet away. For her part, Ashton Leigh performs far better than her less-fortunate shark attack victim friends, but there can be no denying her character’s single purpose is to be paired off with Harrison by the film’s end. 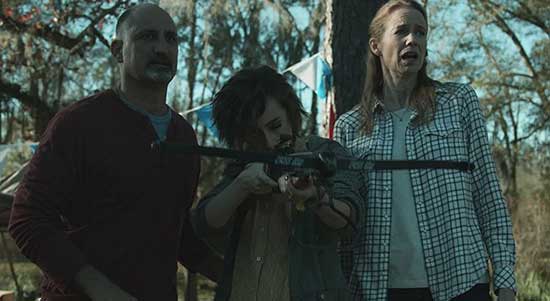 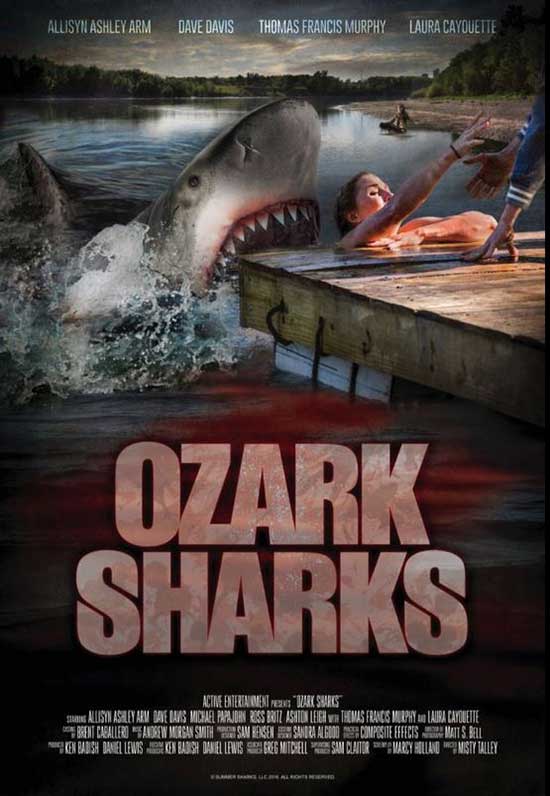 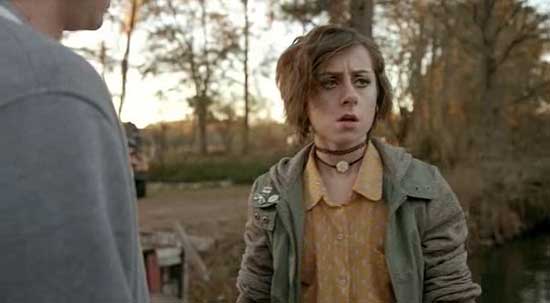 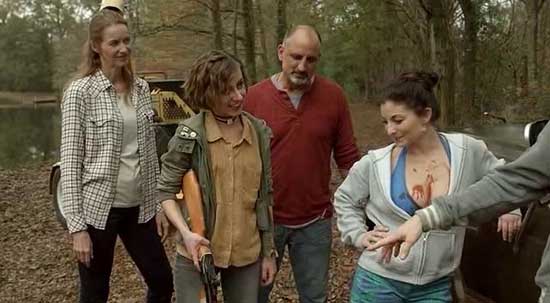 The more veteran acting staff—namely Papajohn, Cayouette, and Murphy—all do excellent jobs, and make you forget you’re watching a SyFy movie of the week whenever the camera lingers on them. Director Misty Talley, who’s no stranger to shark attack flicks (she directed 2015’s Shark Island, and the upcoming Mississippi River Sharks), handles the directorial reins with more skill than the plot is due, and really makes the stock setup flow without a hitch. Well, no hitch other than the effects, that is.

And what a hitch they are—the 3D visuals in Ozark Sharks are shamed by any 1994 video game I can think of. True, their resolution is clearer, but the sharks and their desiccated victims slide around on top of the footage, and are animated so clumsily that they look like animatics, not finished products. The climactic scene containing fireworks is, for example, laugh out loud for the wrong reasons. To assume this is a surprise to cast and crew would be a disservice, however, and the fact that the film is both well-acted and solidly written elevates it several steps above the mounds of VOD titles with better visuals. Also, the few moments with physical special effects are decent enough, and far superior to their computer-generated counterparts. One scene in particular—not to spoil it, but it involves a wood chipper—is one of the best in the film. 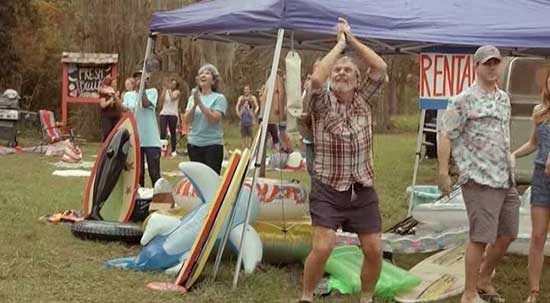 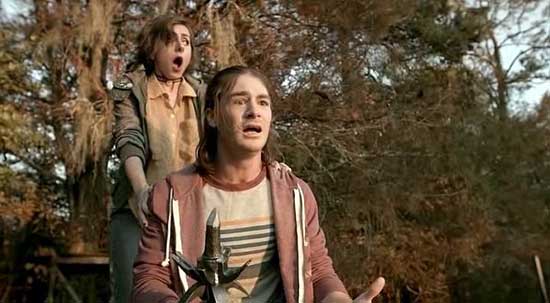 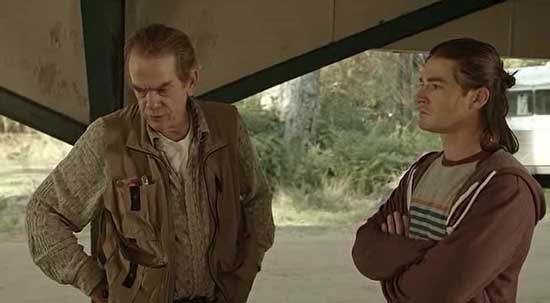 It’d be accurate to describe Ozark Sharks as the “Joss Whedon” shark movie—like the Buffy television outing, the acting is strong and the dialogue is littered with wit, but any non-makeup effects are eye-wateringly bad. This is high praise for a SyFy-aired shark attack movie, however, and those who make it past the opening scene (easily the worst of the film) are bound to enjoy themselves. The fact that viewers will be treated to zero of the nudity that audiences have come to expect from their bad horror movies, too, means that the great direction and acting is even more necessary to engage us brain-dead masses.

All considered, Ozark Sharks—a.k.a. Summer Shark Attack—rises above the level of its competition to be not only watchable, but fun. Give it a go when the family wants a splatter flick, and something too Hostel would give mom a heart attack.