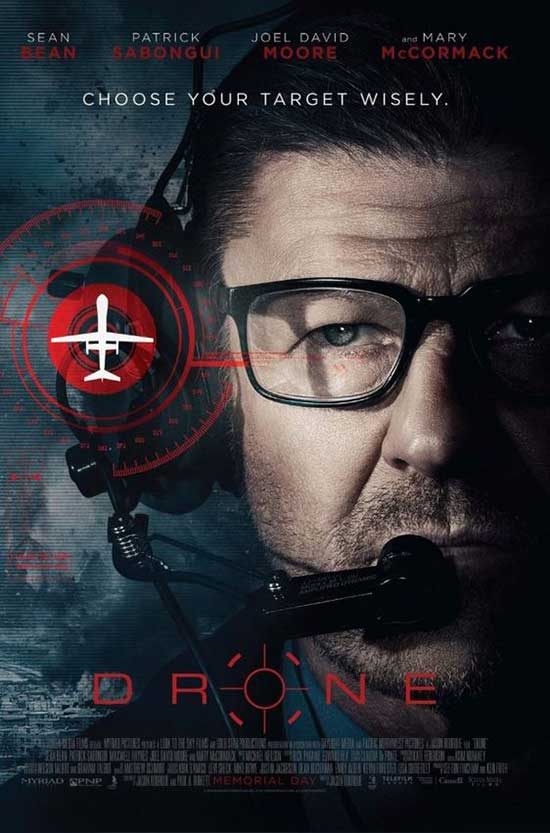 Have you ever wondered how to make a thriller with not a single fleck of suspense? Have you ever wondered what Sean Bean has been up to since Game of Thrones? Drone answers these questions. Drone is an interesting film (in theory) as it tries to tackle some very deep and topical subjects such as terrorism and the use of drones in CIA technology. ‘Tries’ needs to be the key word here as the blueprint of the film is all there but the execution left me bored and checking my watch.

The story of Drone has Neil Wiston (Sean Bean) a contractor for the CIA fight for the safety of himself and his family. Neil works in your run of the mill US office pressing buttons on a screen to fire missiles by use of drones in the Middle East. Neil’s family are in the dark as to what Neil does. Yet this is not the only secret in the film as his wife is having an affair and his son seems deeply troubled by the recent death of his grandfather. A middle eastern stranger named Imar arrives at Neil’s families house with his own dark secret…..THIS FILM HAS SO MANY SECRETS. 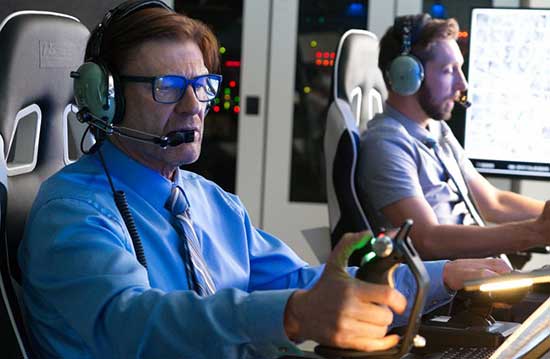 This film would best be described as a revenge thriller of sorts but by gosh does it miss the mark. The style and pace of the film is rather odd, watching it I couldn’t help get the feeling I was being forced to distance myself from the action as all the events happening seemed fake and contrived. It was like the actors were running through a rehearsal of sorts. This created no attachment for the viewer to grab on to thus not caring what happens to the characters. Not only was this cold style a problem but the writing of the characters. We find out that the wife is having an affair right at the start of the film, which makes her extremely unlikable as no set up of her character happens before and she ends up being rather two-dimensional. The son spends the majority of the film in a mood with little explanation as to why and Neil seems like a bit of a twat. Why do we as the audience care what happens to any of them?

To have a film be advertised as a thriller when nothing really happens without an ounce of tension is problematic. Not until the final ten minutes does anything of interest happen and even then it jumps into comedy so fast – its as if the actors were like “FINALLY we have something to do”. The gage of zero to a hundred happens so quickly that all you can do is laugh.

The film tries to explore current themes yet it just falls into stereotypes – including the “go back home you Muslim” scene shouted by a white American father. The script is basic, with its ideas being spoken often directly by the characters – for example Imar whose family are killed by one of Neil’s drone strikes blatantly says how life isn’t black and white with goodies and baddies obviously referring to the current situation in the world. We get it Mr. Director.

On a more positive note the actor Patrick Sabongui who plays Imar does a fine job as the wronged man who has had his wife and daughter killed. The truth and his natural reaction feel grounded and believable letting us the audience sympathise with him. I felt much more sympathetic to his cause than the selfish, greedy American family. 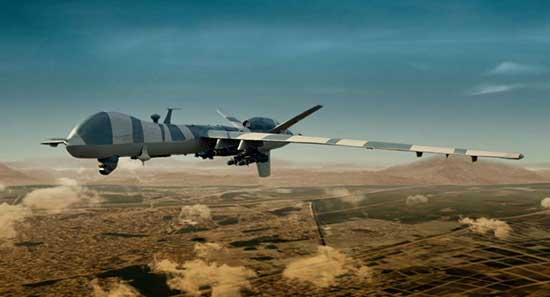 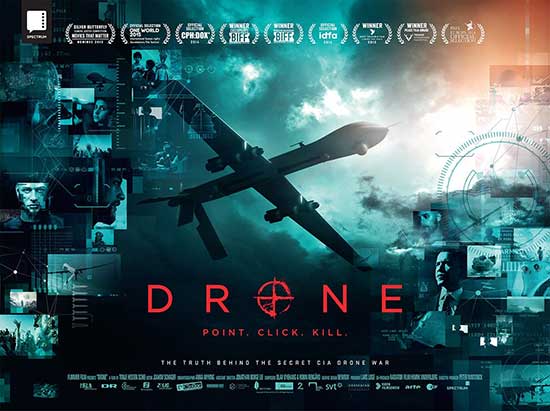 Drone reaches for many important topics that should be explored especially in cinema. It’s just a bit disappointing when the best part of the film is its ideas and not its execution. A tighter edit and rewrite would have benefited the film but when a thriller is void of tension this to me is a cinema miss.