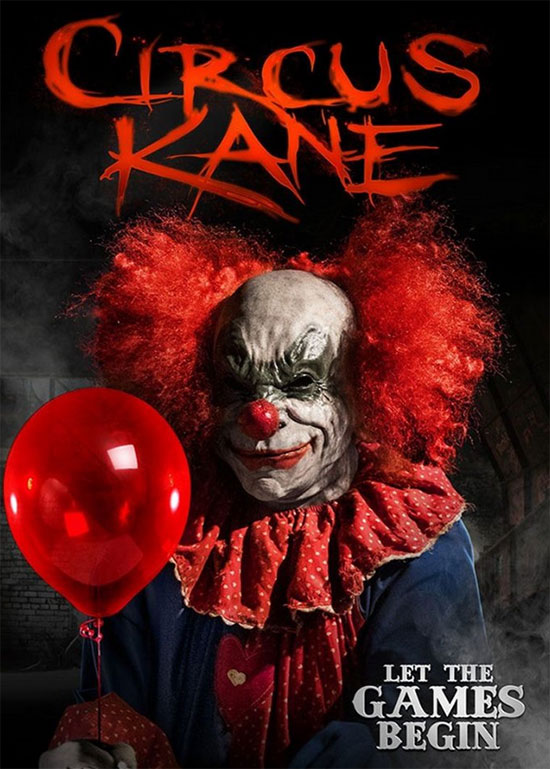 A mysterious former circus star invites a group of people (who all work in some form of social media) to his haunted attraction, promising to pay them a large sum of money if they can get all the way through it without running away from it in horror. They all jump at the idea only to discover that once they get there that the scares are real and none of them may make it out alive.

When I first heard about Circus Kane, I wasn’t too enthused because I thought that it sounded like yet another clown-themed horror movie (is it just me or is anyone else getting tired of them? They are as played out now as zombie flicks were about five years ago or so) so I went into it with less than high hopes. Surprisingly enough though, I was wrong and after everything was said and done, I actually ended up digging it for the most part. Yes, there are killer clowns lurking about knocking people off left and right but to be honest that really isn’t what this movie is about. I thought that it was a pretty decent little flick with some cool death scenes and I had a lot of fun with it in general. 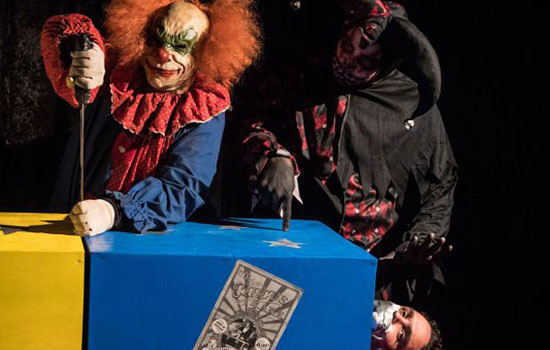 In some ways Circus Kane is like House on Haunted Hill mixed with Rob Zombie’s 31 with a little bit of Saw thrown in for good measure. We have a group of people (who are surprisingly likeable) who go to this house of horrors run by this weird guy named Balthazar Kane who used to be a big circus star. Kane offers them each $250,000 if they can make it through the attraction without chickening out but before you know it, they each start getting knocked off in a number of brutal and bizarre ways by the performers (who happen to be dressed like clowns and other characters). While it may not be the most original idea in the world, I thought that it worked, and the results are quite impressive for the most part. It isn’t exactly scary or anything, but it is interesting and will keep you entertained for 90 minutes or so which is more than I can say for some other movies that I’ve seen of late. 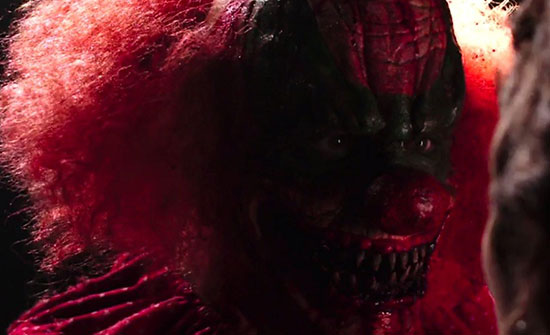 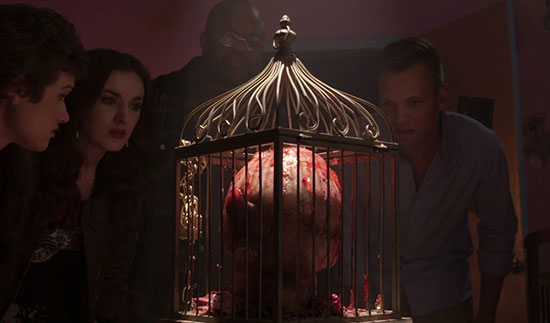 I liked the fact that Circus Kane had an impressive body count and most of the death scenes are loads of fun. We get some cool stuff like a guy sawed in half with a chainsaw, a smashed-in head, a hatchet to the back, an impalement, and my personal favorite that involved someone being torn to pieces by barb wire. The deaths were all nice and bloody too which is always a good thing (if you ask me, anyway) so I wasn’t disappointed since I love my blood and guts. They all looked pretty good too as the filmmakers went the practical effects route and didn’t use any horrible-looking CGI effects (which is also a good thing in my opinion as well). 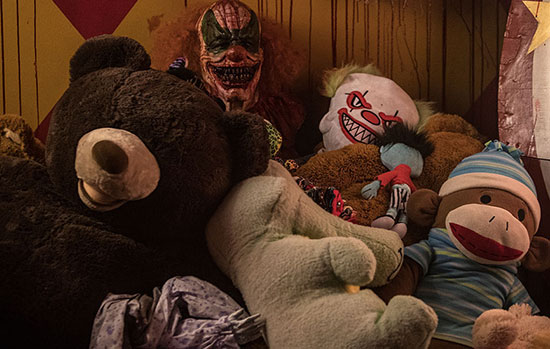 I expected to hate all the characters but to be honest I think that I liked every single one of them, much to my surprise. They are all quite likeable and the actors playing them did a great job of brining them to life as none of them turned in a poor performance. I thought it was cool seeing Jonathan Lipnicki (of Jerry Maguire and The Jeff Foxworthy Show fame) again and I thought that he was one of the highlights of the movie. I really dug his character Scott and thought that he was awesome in the role. I liked all the characters, but my favorite was Roxy (Erin Micklow). Not only was she nice to look at but she was just an all-around cool character in general and I was really hoping that she would make it out alive. Does she? You’ll have to watch the movie to find out! 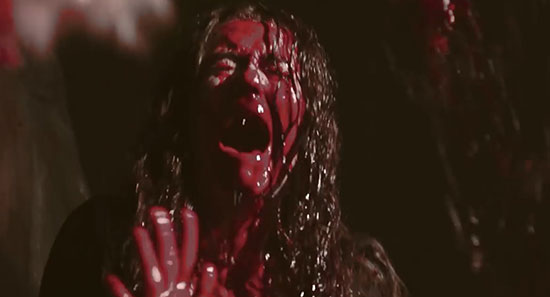 While Circus Kane is good it isn’t without its problems. Most of them are minor but there is one that is quite major, and I didn’t care for it at all. I am referring to the twist that occurs toward the end as it doesn’t make a whole lot of sense for many reasons and it just doesn’t work in general. It didn’t ruin the movie for me or anything, but I can see a lot of viewers being turned off by it. I half saw it coming but they went a different route with it than I figured and the results are less than impressive (not that what I thought was going to happen would have been all that great either so I guess they get points for at least trying something a little different than what most people will expect to happen). My point being though, is that the twist here doesn’t quite pan out and doesn’t make a whole lot of sense if you think about it. I can’t go into any more detail than that because I don’t want to give anything away, but let’s just say that the filmmakers might have been better off without trying to throw any sort of twist in there. 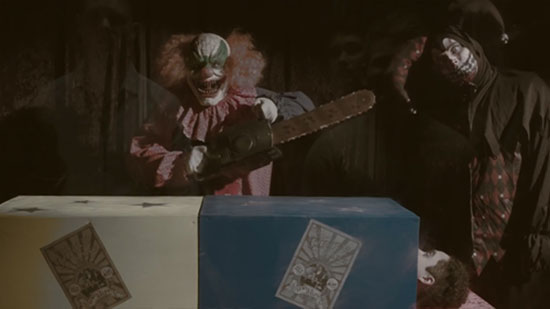 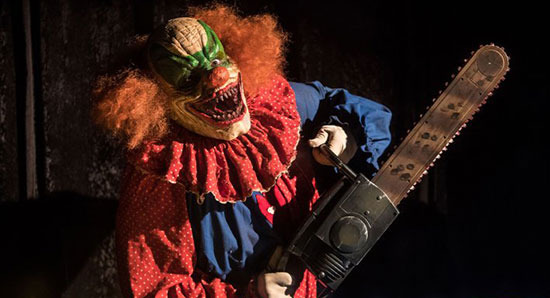 I dug Circus Kane a lot more than I ever imagined I would. I thought that it was a lot of fun and was a nice surprise in general. It’s one of the better movies that I’ve seen lately, and I am glad that I got a chance to check it out because aside from the goofy twist at the end it was a real winner. Check it out when you get a chance, you may be surprised by how much you enjoy it after everything is said and done.