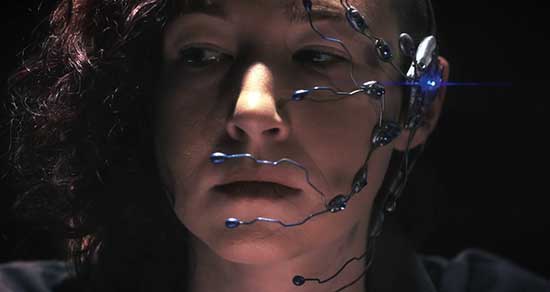 Based on the work of Edgar Allen Poe, a woman stationed at an observation post recounts a horrific tale of her colleague’s final moments.

More short films, kiddies! Today we have a little something called TELLTALE, written and directed by Ramon Govea.

If you can’t geuss from the title, this film is a reinterpretation of the classic THE TELLTALE HEART by Edgar Allen Poe.

Our main character Nella (Rebecca Raines) is in custody, recounting the recent events that took place on a…I dunno, actually. Space station? Isolation experiment? A biodome? There’s a definite sci-fi vibe going on, although the particulars aren’t made clear.

Anyway, Nella is stationed (wherever it is) with a girl called Shelly (Lisa Wardell). It’s obvious that something horrible has happened to Shelly, and Nella is here to give her statement concerning the accident. 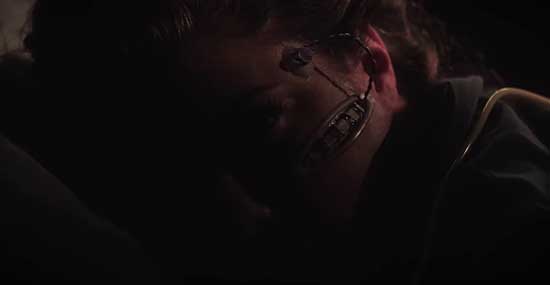 But was it an accident? What exactly happened to Shelly?

Well, we find out all about that as the film progresses.

Ms. Raines pretty much carries the film as a solo character, with the story told in flashbacks as she narrates. I am not familiar with any of her previous work, but she’s a young actress who has a lot of promise. I look forward to seeing her in other projects in the future.

I really don’t want to give anything away. If you’ve ever read any of Poe’s short stories, it’s all about the suspense. So no…I won’t talk anymore about it.

I will say that the production quality is very good. The props, costumes, and overall look of the film set the stage for this tale in a way I was surprised to see.

I will also say that Mr. Govea is listed as the executive producer on another film I reviewed called THE HOPPING DEAD. Which I also liked quite a bit.

Using my special short scale of one to five, five being awesome, I’m giving this film 4 flashbacks.