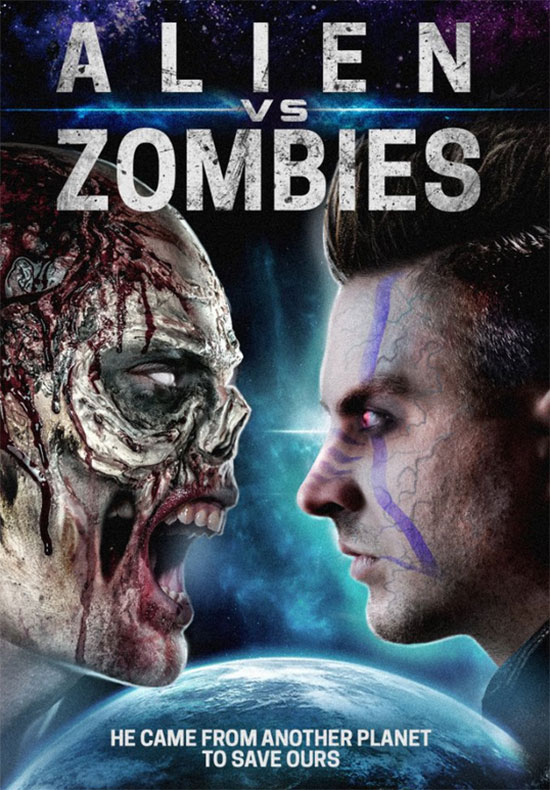 Joe Alien fulfills a dream of coming to Earth to find that it’s overrun by zombies. Finding an ally in young Parker, he attempts to save the world!

It takes courage to be an actor.

In the case of the new film Alien vs. Zombies, the courage it takes to be an actor is all about giving an enthusiastic, full-throated performance in the face of a ridiculous story, a rancid script, and a project that you must know, in the end, simply is not going to work.

Luckily, the entire cast of Alien vs. Zombies, almost without exception, faces down their fears and delivers a collective performance that almost—almost—does enough to elevate the otherwise pedestrian horror-comedy (both terms applied loosely) to the level of amusing. Almost. 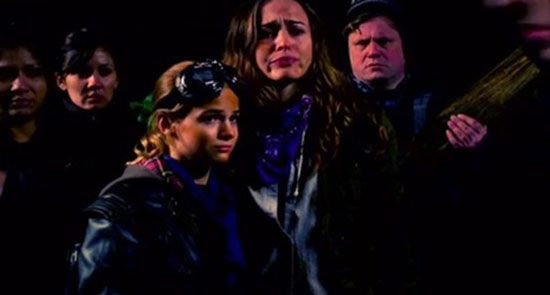 When average Joe Alien, a tourist on spring break from the distant planet of Sedna, fulfills his lifelong ambition of visiting earth, he is mortified to find that the planet he has always idealized has been overrun by zombies. After coming across a small band of survivors in New Jersey, Joe resolves to help humankind overcome its recent calamity, and using the advanced powers of his people, he travels back in time to the first day of the zombie outbreak in New York to try to stop it. 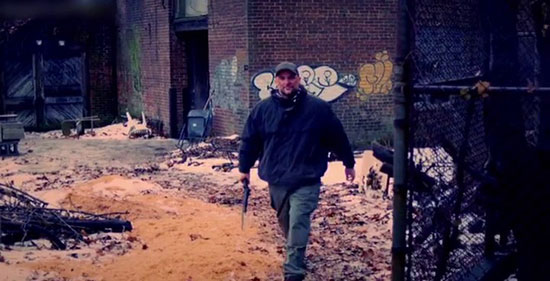 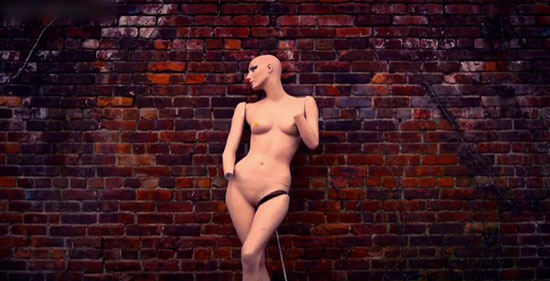 In the city, Joe learns that the zombie infection could not have originated on earth itself, and as he uncovers more about the outbreak and the events leading up to it, he discovers to his horror that the origin of earth’s tragic misfortune may have actually been light years away on his own planet of Sedna. And Joe is the only one who can do anything about it.

When we first meet Joe, he is just arriving on earth for the first time and gleefully exploring his vacation destination, until an encounter with a zombie forces him to confront the fact that there is something seriously wrong here. In those first several minutes of Alien vs. Zombie, it appears that the film will be simply unwatchable. Terrible dialogue. Jokes that don’t land. Zombies and action sequences that reek of amateurism. 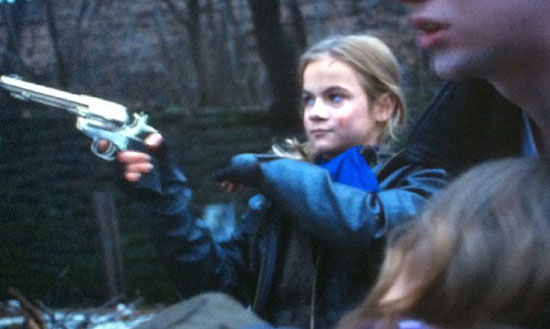 But Alex Knapp as Joe—all t-shirt and leather jacket wearing and hair-slicked-back alien Jersey boy wannabe—plunges himself into the absurdity of the film and never once blinks, and it is hard not to develop a begrudging respect for him and the effort that he is putting into it all. Then along comes Siena Tickle (whose name alone is more entertaining than much of the film) as a pint-sized child warrior—and right behind her Joe Gioco as a highly-caffeinated librarian who appears to be channeling Chistopher Lloyd in pretty much everything he’s ever done—and Alien vs. Zombies begins to show just a bit of life. Even Patrick Cooley, who plays his baddie pretty straight compared to the rest of the cast, manages to hiss and growl lines about “the empire” and “the armada” with a measure of passion and flair.

(As an aside, Joe Gioco’s IMDB page indicates that he is “Known For” Goodfellas and Alien vs. Zombies. No further comment should be necessary on that.)

In all fairness, much of the work that went into Alien vs. Zombies appears to have been just as enthusiastic as the performances. The special effects, while clearly cheap, are fun and appropriate for the feel of the film. And director Rocco Nisivoccia—who is making his feature film directorial debut here—does some interesting things with his camera that rise beyond your usual low-budget fare…though one shot of folks in New Jersey peering over the river as smoke rises over Manhattan had a feel to it that was simply too dark and raw for a film of this nature.

It is Nisivoccia, though, who—along with co-writer Matthew G. Hill—is responsible for the script, which is the weak link that ultimately makes Alien vs. Zombies collapse under its own weight. Though they are clearly shooting for campy fun, and they go great guns trying to develop the story and take it to its conclusion, the writing simply does not rise to the occasion, leaving their entirely-game cast hanging out to dry.