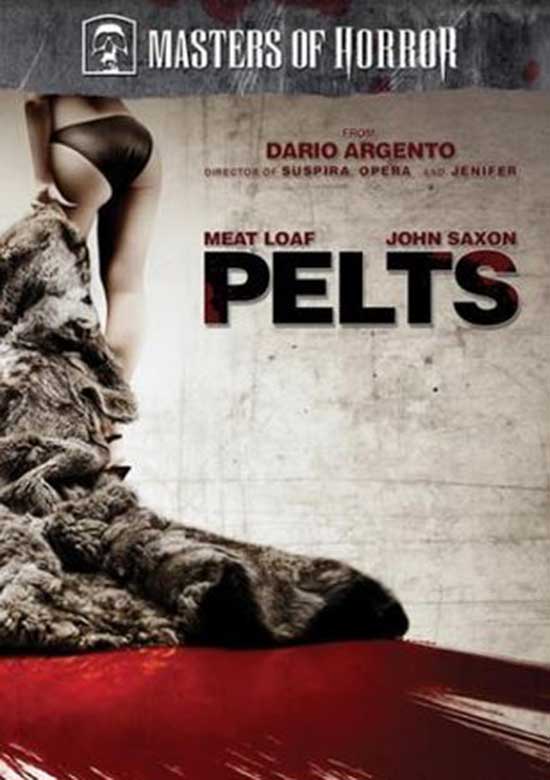 A dead family of raccoons, killed mercilessly for their fur, takes revenge on anyone who wears the coat made of its pelts.

If you’re not familiar with the Masters of Horror series, you need to fix that and get familiar with it ASAP. Debuting in 2005 on Showtime, the all-too short-lived series was the brainchild of Mick Garris (possibly the king of TV horror [?], Garris has worked on everything from Stephen King’s The Stand and the tv movie of The Shining to Amazing Stories and Hocus Pocus). Looking at the list of literal masters of horror who worked on the anthology-style show, it’s hard to understand why it only lasted two seasons (26 episodes in all). Stories by Joe R. Lansdale, Clive Barker, H.P. Lovecraft, Richard Matheson, Edgar Allan Poe, and Ambrose Bierce, among others, were filmed as hour-long episodes by directors including John Landis, Stuart Gordon, John Carpenter, Ernest Dickerson, Takashi Miike, and Don Coscarelli, among others – what’s not to love? And some of the directors from the first season even returned for more in season two, one of them being Dario Argento, with episode six, entitled Pelts. 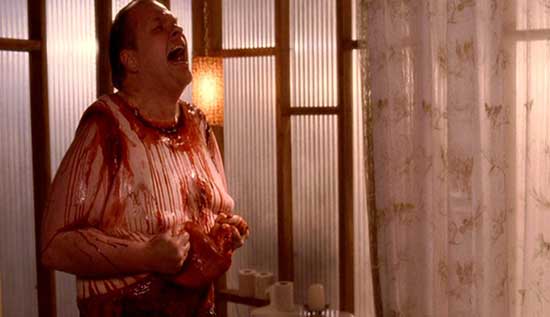 Having brought us Jenifer, a cyclical, disturbing tale of lust, both for sex and for blood, in season one, Dario Argento (you may know him from such films as Suspiria, Tenebre, and Opera) returns with another gory tale in season two, Pelts, which seems to continue his message of “you really don’t know what you’re getting yourself into” started in his previous offering. Written as a short story by horror writer F. Paul Wilson (author of the Repairman Jack series of novels) and adapted for TV by Matt Venne (writer of White Noise 2, Mirrors 2, and Fright Night 2 – 2013 version), Pelts brings three fairly despicable characters together and lets life take its (super)natural course.

Jake Feldman is a sleazy, sweaty scumbag in the fur business played by Meat Loaf Aday (you know, the guy who would do anything for love, but not that). It seems that everything about this guy is dirty. He runs a fur coat business, offering sub-standard working conditions and no doubt minimum wage pay for hours of tedious work, sprinkling in a heaping amount of belittling and degradation across his workforce. He also frequents a strip club, and comes across as the kind of guy who thinks the attention he’s getting is actually true love, but in reality the poor dancer can’t wait to get away from the guy who smells of beef and farts (which in the 80’s may have both meant the same thing). The fact that he can’t keep his hands to himself, a huge no-no, is just icing on the crap-cake. 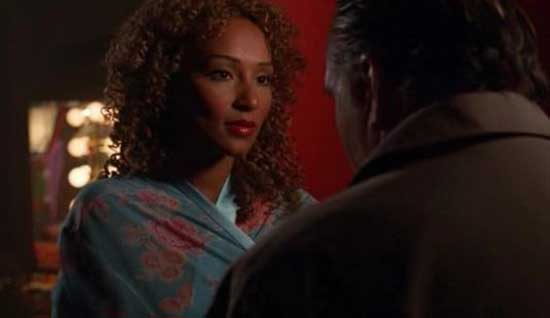 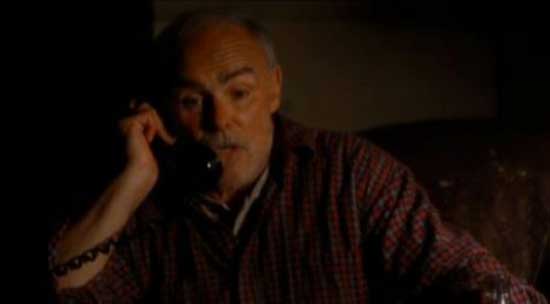 Jeb “Pa” Jameson (the legendary John Saxon, from every good movie ever, but specifically A Nightmare on Elm Street, Tenebre, and Enter the Dragon) and his son, Larry (Michal Suchanek), are trappers who have worked with Feldman in the past. Using context clues, it would seem the Jamesons have a reputation for subpar merchandise, and have disappointed Feldman in the past. But they’ve stumbled upon private property that appears to be on some kind of ancient burial ground that seems like a great new place to set some traps.

And then there’s Shanna, the dancer with the heart of ice, played by Ellen Ewusie. She’s probably the least hateable character in the cast, which might not really be saying much. After all, it’s hard to fault her for being disgusted by Feldman – he comes straight from working with the skins of dead animals to her club, demands private dances, and insists on grabbing her on a regular basis, always hoping to knock “Shanna’s back door” off his bucket list. And it’s kind of Feldman’s own fault that he misreads her signals; it is her job to give attention to those with money. But greed is a problem with Shanna, and outside of work she wouldn’t give Feldman the time of day. That is, until he comes around offering fame and fortune.

This story plays on a similar premise as Pet Sematary, but whereas you actually have to be put underground for Stephen King’s magic to do its tricks, in Pelts you just spend a little too much time around the stripped fur of the raccoons trapped in the mystical, magical, cursed area the Jameson’s “found,” and you’ll lose your mind. The blood and guts content of this movie is where it plays best, and that gets started in the opening frames (right after the Masters of Horror intro that is so damn catchy), as we get flashes of two dead bodies in an elevator, a blood-drenched topless woman and a sticky, dripping, skinless man. There are some creative kill scenes – a mouth and eyes sewn shut and a face separated from its head in an animal trap – right along with some simply brutal ones, including a skull repeatedly bashed in with a baseball bat. The violence happens early and often here. 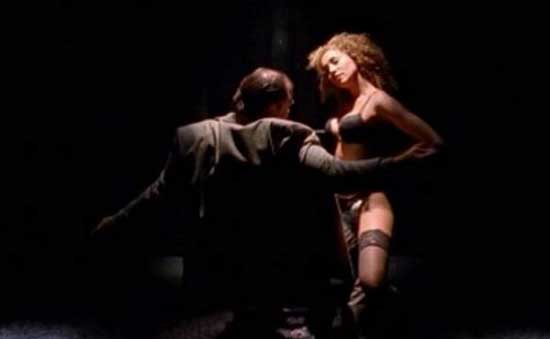 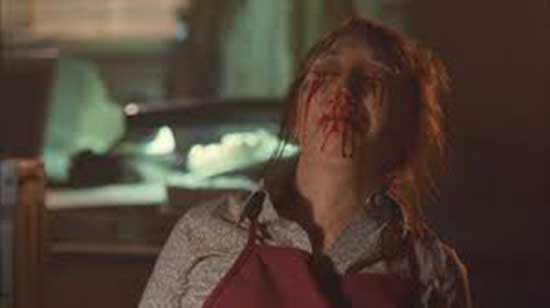 As far as style goes, Pelts (and Jenifer, as well) is more reminiscent of Mother of Tears/Dracula 3D Argento, but don’t automatically assume that means this is no good. Gone are the flashy sets and color schemes, the black-gloved killers and the synth-rock soundtracks, and the nightmarish quality of early Argento works such as Suspiria or Deep Red. Instead, we have a fairly straight forward horror film, placed in a creepy but unremarkable, somewhere-in-America setting, complete with a seedy strip club and a middle of nowhere, cursed burial ground. The typical Argento blood and murder and nudity are all in there, as is a somewhat confusing premise behind the burial ground (do we ever get a straight forward reason for things happening in a Dario Argento film?), but much like Mother of Tears (although not as bad as Giallo or Dracula 3D), this one feels quite a bit less inspired than some of his greats. 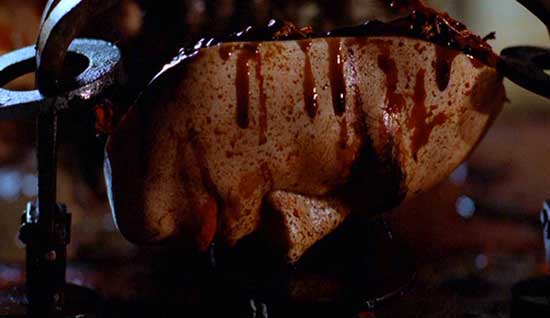 But like I said, all is not lost here. When movies like Suspiria are the highwater mark of a filmmaker’s career, even the “duds” are better than many other directors’ best efforts. Pelts is goofy, bloody, dirty fun, if nothing else. Meat Loaf is over the top greasy and perverted, John Saxon plays the crochety old drunk with his trademark flare, and judging solely on appearance, it’s easy to see how someone could get swept away by Ellen Ewusie (hint: she’s very pretty). Obviously the budget and timeframe are going to be limited when filming for a TV show as opposed to a full length feature, and that no doubt limits what filmmakers can pull off in their individual Masters of Horror episodes. Then again, maybe I’m needlessly making excuses here: Coscarelli and Miike were able to go above and beyond with the same resources at their disposal. If you haven’t seen the show, go out and find the set – there are far more good episodes than there are bad, just buy the full series and get all the extras. If you like gory movies, or if you’re an Argento completist, then Pelts will be right up your alley.