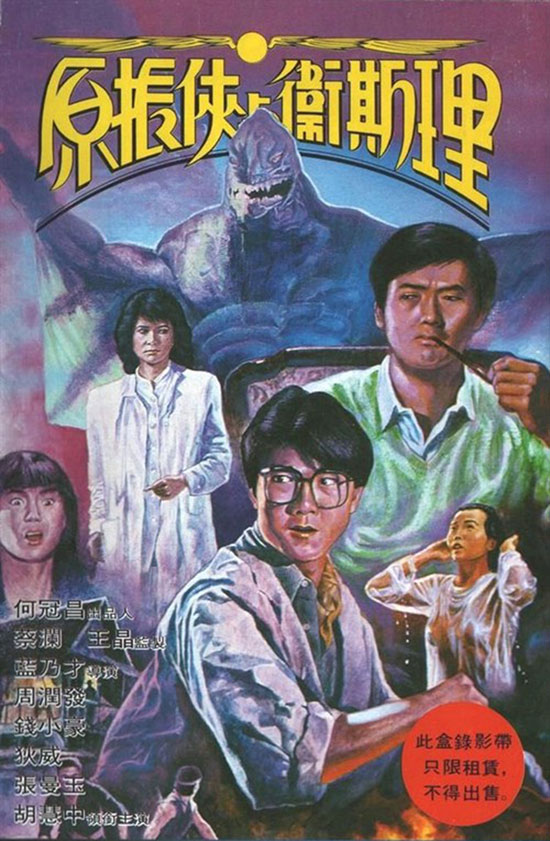 Professor, adventurer and author Doctor Yuan Chen discovers he’s been afflicted with always fatal “Seventh Curse” for interfering with a Thai tribes blood sacrifice. Now he must return to the dark jungles to find a cure. But he’ll have to endure car crashes, booby traps, little demons, big demons, and savage natives— and that’s just reel one!

My friends recently invited me to a screening of the Tom Cruise blockbuster The Mummy, Universal’s latest attempt to combine the curse of the Pharaohs with over the top action. Although The Mummy desperately tries to be a summer roller coaster ride it just comes across as a soulless manufactured commodity. But this disappointing experience reminded me of another film, produced for a pittance of what Team-Cruise spent on their ancient Egyptian embarrassment— an overlooked Hong Kong gem entitled THE SEVENTH CURSE. 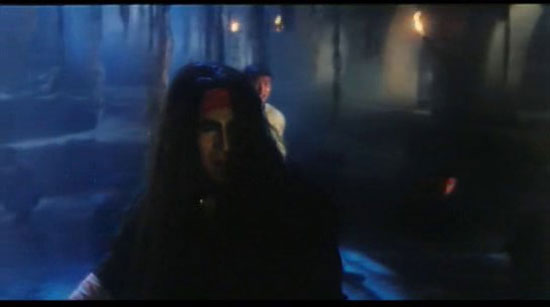 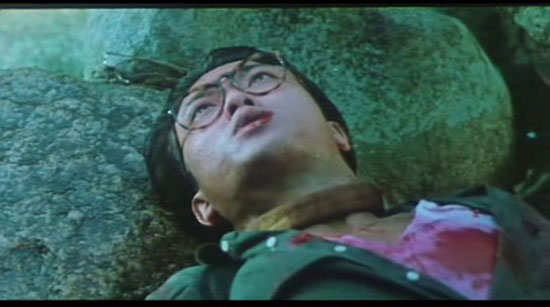 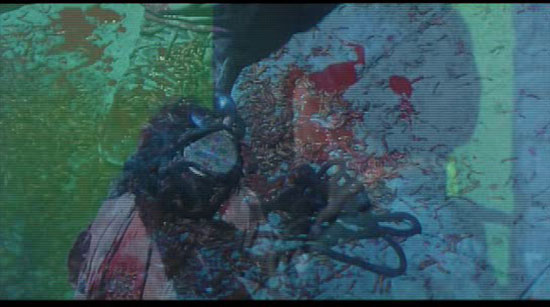 Let me start by waxing nostalgic for a moment. During my youth the concept of Hong Kong cinema was limited to the Kung Fu movies that ran on local television. Some of these like King Boxer (1972) were great, but the majority were cheap knockoffs starring a rotating parade of pretenders to the throne named Bruce. Little did I know that there was another world of HK cinema brewing in the Far East.

My first exposure to the joys of Hong Kong pop cinema came in the early nineties when Los Angeles’ legendary Nuart Theatre ran a double feature of A Chinese Ghost Story (1987) and Swordsman 2 (1992). By the end of the screening the entire audience had fallen in love with these offbeat, wildly original films. Then a friend loaned me a terrible VHS dub of John Woo’s The Killer (1989). I was instantly hooked and was delighted to discover there was still an endless backlog of Hong Kong delirium left to discover. Using Thomas Weisser’s book Asian Trash Cinema as a roadmap I set out to see as many HK films as possible. Fortunately the Nuart continued their Hong Kong film series, introducing me to John Woo’s A Better Tomorrow (1986) and Tsui Hark’s Peking Opera Blues (1986) as well as my first dose of HK horror- The Seventh Curse (1986). The Woo and Hark films were great but seeing The Seventh Curse was like being kicked in the eyeballs! It’s just a shame you won’t get to see it with a theatre audience like I did. The packed house gasped at the suicidal car stunts and roared at the mangled subtitles. Seventh Curse played on a double bill with singing, dancing, killing epic Fantasy Mission Force (1982) so the thrills and laughs just kept coming until both movies received a standing ovation. 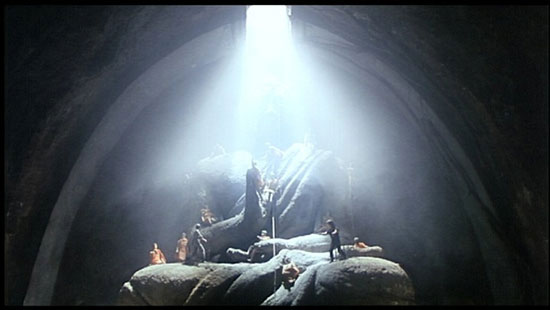 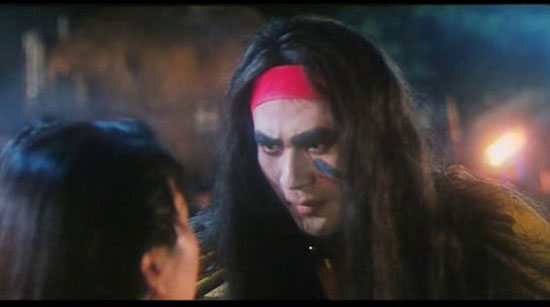 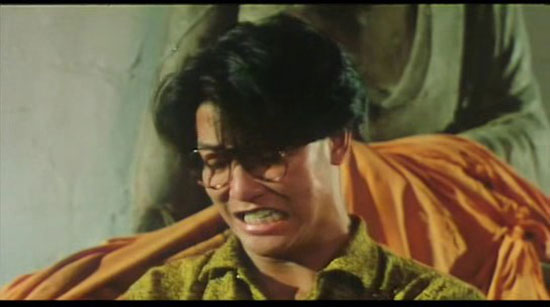 The Seventh Curse is a prime example of a no holds barred Hong Kong thrill ride. Barely a moment passes without spraying gore, martial arts mayhem, flying demons, machine gun assaults, lethal jungle booby traps, death defying car stunts, child squishing (which is in the trailer!) and even vine swinging kung fu Buddhist priests! It’s a giddy hodgepodge of Raiders of the Lost Ark and The Evil Dead that quickly evolves into its own imaginative carnival ride. Remarkably The Seventh Curse wraps all that chaos in an envelope of solid production values, impressive sets and a terrific cast.

It’s the tale of doctor Yuan Chen, an adventurous professor who discovers he’s been infected with “The Seventh Curse” a supernatural malady that induces bouts of bleeding on six occasions before the seventh occurrence drains every drop from the victim’s body. His only hope for a cure lies in a remote part of Thailand where the Worm Tribe worships an evil entity called Old Ancestor (oh those subtitles!). Along for the ride is a female reporter willing to take any risk, including endangering innocent lives, to get a good story. There’s a main plot along with some subplots but I’m not going to bother recapping because it’s like trying to synopsize a funhouse ride. Suffice to say that if a group of Red Bull chugging fourteen-year-old boys were allowed to write a screenplay it would be like this- and I mean that as a compliment.

Chow Yun Fat is the biggest name actor, though he’s relegated to a secondary but critical character. Chow would leap into HK stardom that same year in John Woo’s classic A Better Tomorrow. The real lead is Siu Ho Chin (Mr. Vampire, Fist of Vengeance) who shows tremendous chops in both the acting and martial arts departments. Maggie Cheung (Heroic Trio, Ashes In Time) is also on hand as the intrepid reporter. This was prior to her becoming one of Asia’s top box office stars and before she actually learned to act. But after a few grating minutes her over the top performance just fits right in. 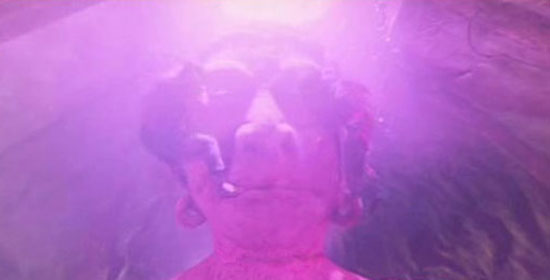 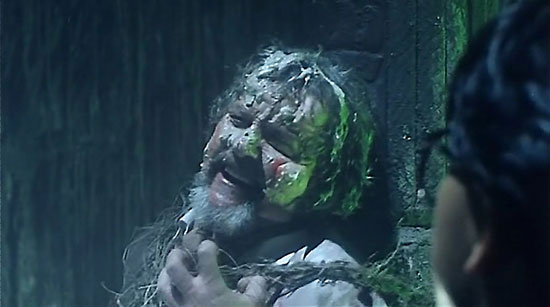 The only unimpressive thing are the hilariously catawampus English subtitles, including lines like the hero telling Maggie Cheung, “Do that again and I’ll spank you without pants!” But to those of us that rode the initial wave of Hong Kong imports these linguistically mangled subtitles were all part of their charm. FUN FACT- When Hong Kong was a British territory all its domestically produced films were legally required to display English subtitles. But knowing their real market was in Asia, Hong Kong filmmakers obeyed the queen’s decree in the most half assed fashion possible. Hence Hong Kong subtitles read like a first semester language student translated them, which was probably the case. But this also underscores that HK filmmakers didn’t give two won tons what a western audience thought anyway. Their homegrown audience wanted more bullets, more monsters and more car wrecks and damn did they deliver the goods!

The screenplay was a collaboration between Kai Chi Yuen, who also wrote The Drunken Master, A Chinese Ghost Story and Once Upon a Time in China and Jing Wong who scripted Naked Killer and the eye popping, WTF gore fest Ebola Syndrome. 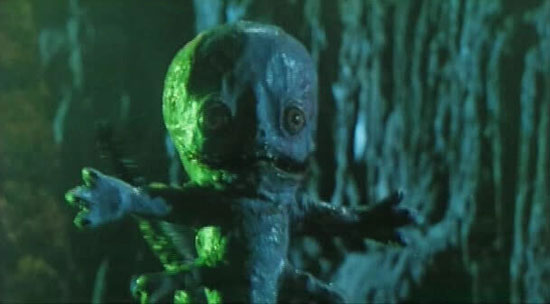 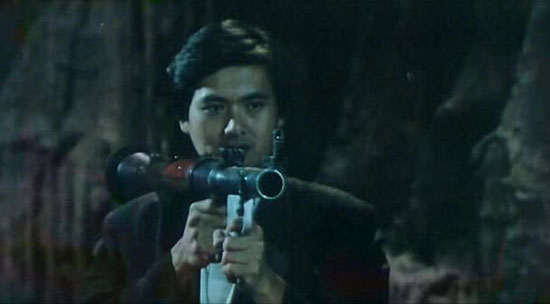 So if you’re tired of assembly line summer blockbusters that are bloated on CGI and McDonald’s product placement you should definitely go out and get infected by The Seventh Curse. If there’s a cure for this I don’t need it, I don’t want it.