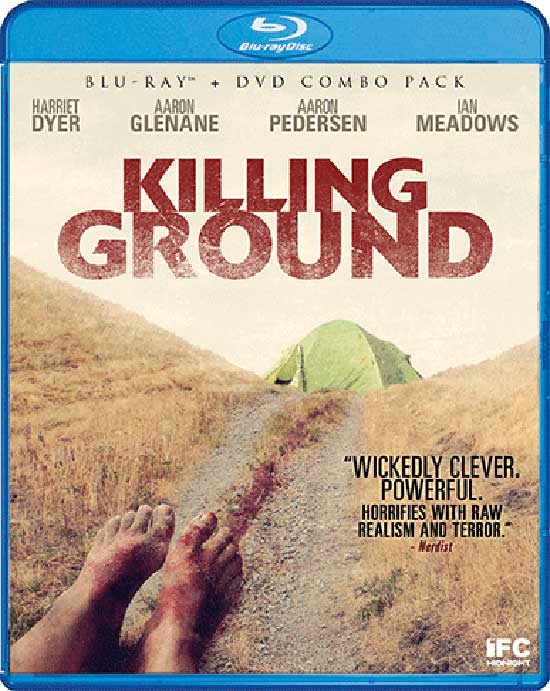 A couples camping trip turns into a frightening ordeal when they stumble across the scene of a horrific crime.

“Killing Ground” would possibly be the best visual postcard to promote Australian tourism if they could maybe tone down the whole “local loons killing tourists” vibe.

Director Damien Power has created a visually lush world for his feature-film debut. Aided by cinematographer Simon Chapman, Power shows us nature that almost inspires a craving to lose yourself in the landscape. Even the primary outdoor locations look wonderfully serene.

Well, except when they are upstaged by brutality and gruesomeness. 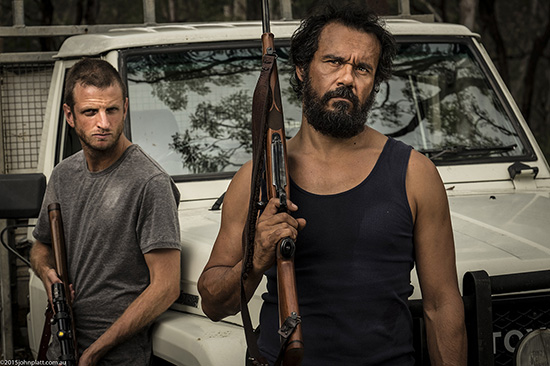 The basic pieces here: 2 local goons who are obviously up to no good, a young couple who intend to have a romantic stay at an old camping spot his family used to use, and a family of 4 who are dealing with some sort of trauma centered around their teenaged daughter. Toss in a dog named Banjo, some firearms, a lost baby, and some very, very strange ideas of creating entertainment in the woods, and you have the bulk of the film. 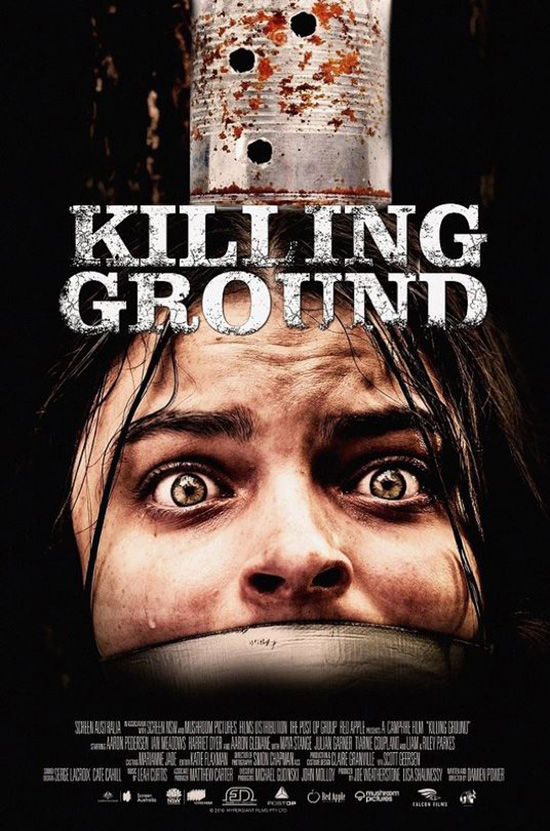 The story could have played out in an utterly linear fashion, but director Power decided to play with viewer expectations and mixes the timelines of the 3 groups. It keeps things interesting during the first half of the film as you get to know the characters and wade through a lot of scenes designed to help connect the timelines. However, if you have seen the film’s trailer, or have an idea of what the film is about, you know things are gonna turn dark, so the fancy footwork just seems a bit like a cinematic Three-Card Monte: “Where’s the story? Here? There? Behind door Number 3?” Thankfully, by the time the smoke-and-mirror routine grows old, the different timelines have lined up enough that the story starts playing out in a more conventional method.

The actors all do good work with their roles, no matter what horrible things are done to or by them. The two local guys seem like the average ne’er-do-well types that hang out in small towns. The young couple come across as fairly intelligent and likeable. The larger family is completely believable as group of people who have history together and are trying very hard to step carefully around the daughter’s issues. Everyone brings solid performances to the film, and this makes some of the more harrowing moments of the film better than they deserve simply because you are invested in the characters.

“Killing Ground” looks fantastic and tries to shake things up slightly with mixing the timelines, but it is just a really cool dustjacket on the same old story.

The whole backwoods thrillers will always exploit the city folk finding themselves out of their element in more than one way, but “Killing Ground” only plays with the presentation; the rest of the film has been done before. There is no new message here. People can be noble, and people can be utterly vile. Just mutter something about the nature of violence and move along. In the end, it all seems to serve no real purpose other than showing some well-acted gruesomeness. 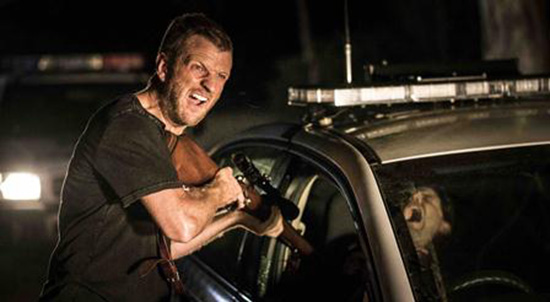 To the film’s credit, it does seem selective in the brutality on display. You are spared a couple of rape scenes; the visual clues and the dialog references are enough to tell you what happened. Still, there are moments that the anticipation of horrors to come give the film a grim, death-march-like quality that buckets of blood, guts, and brains could never equal. 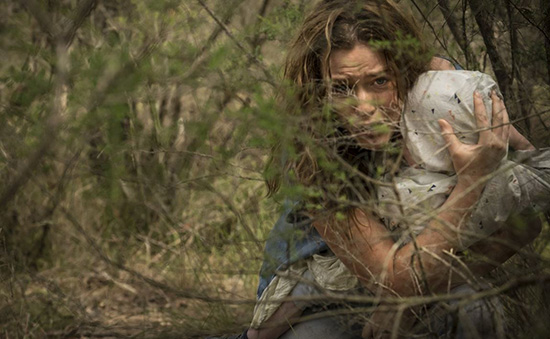 Most of the characters act reasonably intelligent; however, there are a few moments where, for the sake of keeping things moving (can’t end the movie after 48 minutes), poor decisions are made – mostly by one character. Ian, the guy from the young couple, actually jumps one of the killers and has the advantage. In typical 80s slasher style, once he has knocked the guy down, Ian runs off. AND DOESN’T EVEN DISARM THE GUY!!! Some people have different ideas on violence.  That is fine. Yet, if someone has made it clear that your life does not matter to them, and they openly threaten to assault your lover in front of you before killing her/him AND you end up holding them down, why leave the gun? Even if you don’t shred the moron with your bare hands, what could possess you to leave the single biggest advantage that person has over you?

At that point, Ian no longer seemed of any importance. 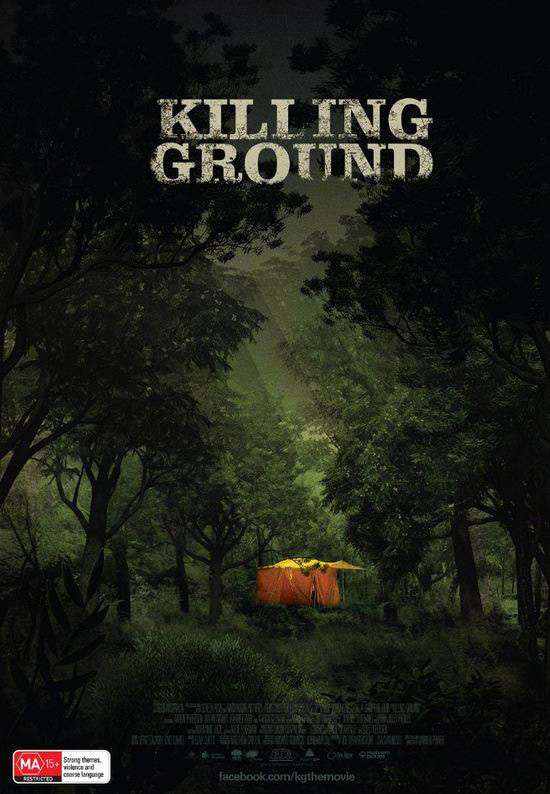 In the end, “Killing Ground” is a well-made film that has nothing new to say. Cinematic tricks are not enough to keep one from asking director Damien Power, “Just what were you hoping for with this film?” But there is little doubt he is a director worth keeping up with when and if he gets scripts with more complexity to them.