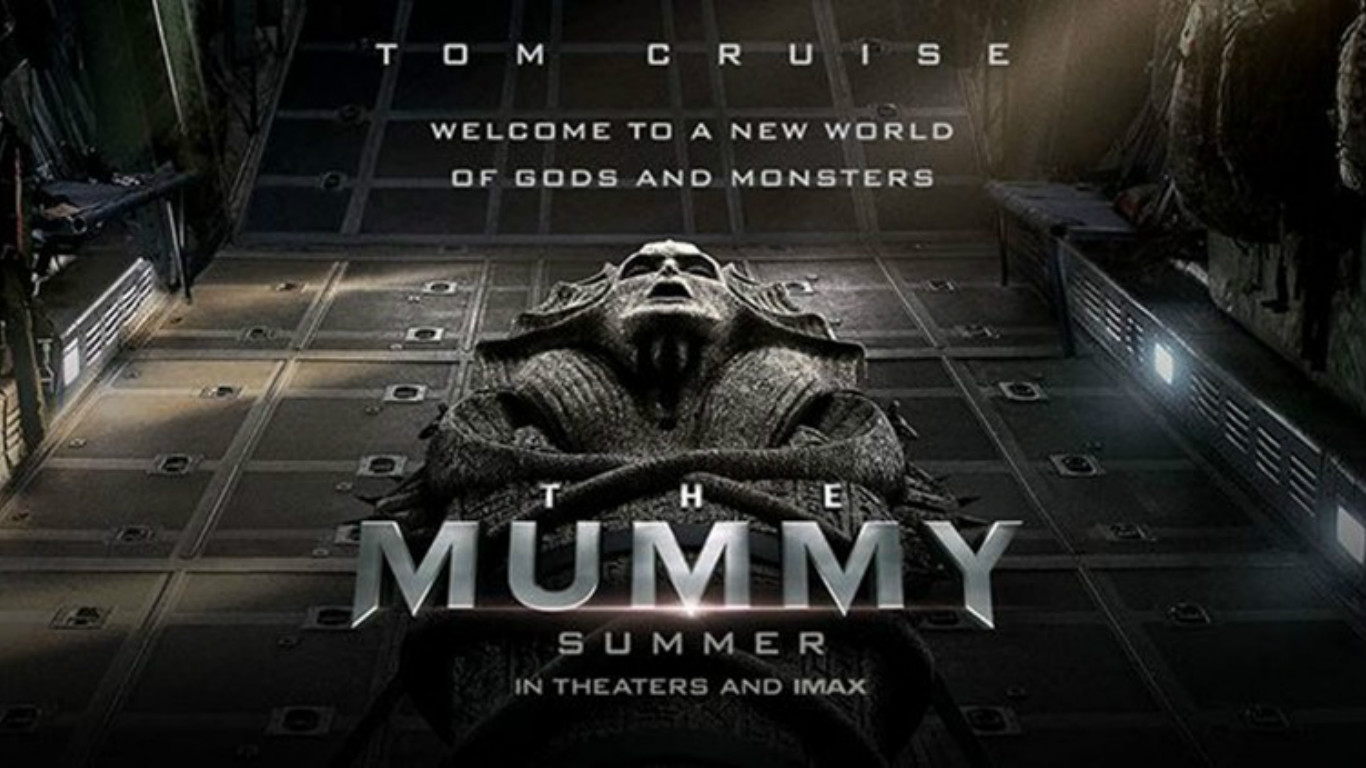 Though safely entombed in a crypt deep beneath the unforgiving desert, an ancient princess, whose destiny was unjustly taken from her, is awakened in our current day bringing with her malevolence grown over millennia, and terrors that defy human comprehension.

I’m beginning to think that Tom Cruise has gotten to the point in his career where he’s essentially playing the same role in every film he acts in. Much like Al Pacino, or Robert DeNiro have been playing what feels like the same character in their films over the last few decades or so. Mind you, this isn’t necessarily a bad thing, I can watch Pacino chew scenery all day long, and DeNiro is really great in his latest film (The Prince Of Lies). But Tom Cruise is no Al Pacino, nor is he a Robert DeNiro. So I was really interested in checking out his latest film, The Mummy, in order to gauge how he might perform in (What’s being promoted as) a horror film. Besides his turn in 1994’s Interview With The Vampire, Cruise hasn’t appeared in any fright films. And in my opinion, his take on Lestat felt more like something out of a Gothic romance than a horror film to me.

Cruise plays Nick Morton, a sergeant based in Iraq who also dabbles in the theft of precious antiquities to sell on the black market alongside his sidekick, private Chris Vail (Jake Johnson). In the middle of their latest heist attempt, they accidentally uncover an Egyptian tomb (Thanks to a well placed tomahawk missile). Soon afterwards, Colonel Greenway (Courtney B. Vance) shows up, with archaeologist Jenny Halsey (Annabelle Wallis) right behind him. After some back and forth between the quartet, it’s decided that Morton, Vail, & Halsey will lower themselves into the crater that the missile left, and examine the tomb up close. It’s then that they discover that the tomb is encased in mercury, and Halsey realizes that this tomb isn’t really a tomb at all –
it’s a prison.

And of course, once Morton hears Halsey’s theory, he immediately frees a sarcophagus from the tomb with a well placed bullet. Almost immediately afterwards, thousands of camel spiders crawl out of the woodwork, crawling over everything and everyone, and one ends up biting Vail on the back of the neck. Brushing it off as just a bug bite (Camel spiders aren’t poisonous), the trio have the sarcophagus removed from the crater, and hoisted onto a transport plane headed for London. But unbeknownst to everyone on board, that spider bite was a lot more dangerous than previously thought. And that sarcophagus has been home to the infamously evil Princess Ahmanet (Sofia Boutella).

And now, after 5000 years of imprisonment, she’s free. And she has her eyes set on Morton, but why? And how does Dr. Henry Jekyll (Russell Crowe) fit into all of this? 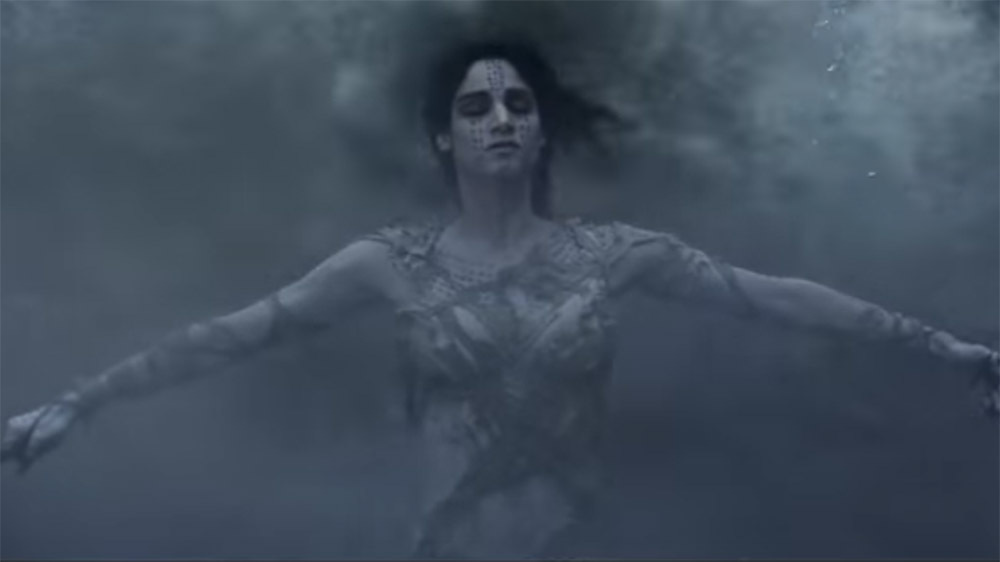 Oh my…to recount the rest of this story would ruin (?) what few surprises The Mummy has in store for the intrepid few who might dare to venture to your local bijou to see it this weekend. Suffice it to say that said surprises are few and far between. And this, the latest version of a venerated genre staple is more of a action adventure than a horror film. Actually, it is a action adventure, there’s little to no actual horror to be discovered here. The few surprises basically add up to the outright theft of a plot device lifted from An American Werewolf In London (1980), and the odd similarity that the Ahmanet’s victims have to the zombie/vampires from Tobe Hooper’s Lifeforce (1985).

As I mentioned earlier, Cruise is essentially playing the same character (with a slight variation) that he’s been playing for the last 20 years, and his chemistry with Wallis is practically nil. In actuality, Nick Morton comes off as rather unlikable. He’s a thief, a user of women, and a liar, but he’s good buddies with private Vail, so that makes up for his buffoonery. Cruise could’ve phoned in his entire performance from the comfort of his home, and none would be the wiser. But then we wouldn’t get to see him running, which he does a lot of in this film. Or getting beat up, which he does a lot of here as well. Boutella knows how to walk in the sultriest way imaginable, but she does little more than that. Honestly, most of the characters (Save for Morton) seem to be background players to Dr. Jekyll, who gets a lot of screen time here. Why? Because Universal has launched The Mummy as the first in it’s series of films based on their classic horror characters from the 30’s (All under the Dark Universe banner), and apparently Jekyll is going to play a big part in the series. We even get to see him change into Mr. Hyde, but when that happens Jekyll’s face gets covered in veins, and turns gray – that’s it. Big whoop.

Now I bet all of you are thinking that I’m gonna end this review by saying how much I despised this film, well, you’d be wrong! Because while this current version of The Mummy isn’t a good film at all, I still found it to be perversely watchable. Kind of like a train wreck that you just can’t take your eyes off of. And watching it made my eyes hurt quite a bit after awhile, because its been edited with a meat cleaver, and it seems that 80% of it takes place in murky darkness that makes a lot of the action on display hard to see at times. But it does have the occasional moment of levity that made the entire audience (All sixteen of us) giggle a bit, and I guess that’s gotta count for something. Director Alex Kurtzman hasn’t the foggiest idea on how to stage scenes of fright, but that really doesn’t matter because the script (By David Koepp, Christopher McQuarrie & Dylan Kussman) isn’t scary at all. In fact, the scariest thing about this movie is that the honchos at Universal thought enough of it to launch their new Dark Universe series of films with. Trust me when I say that there’s absolutely nothing dark about this film at all (Except all of those damned night scenes), and it might behoove the powers that be to change the name of this new universe they’re hoping to create to the “Kinda Grey Universe”. 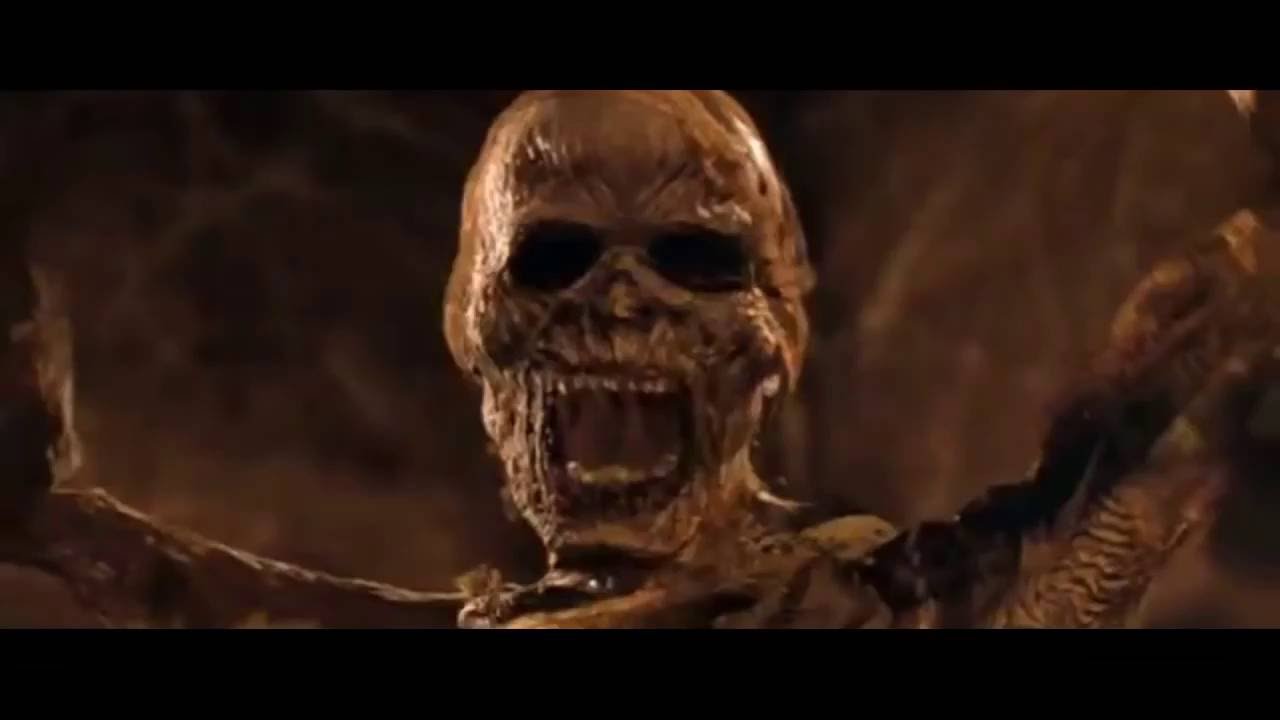 But despite all of my bitching & moaning over the ineptitude they call The Mummy, I still had a relatively good time here. Perhaps that’s because my expectations were so low beforehand, I dunno. But I cannot/will not dismiss this film outright. I did chuckle a few times, and while Boutella really doesn’t do too much, she sure is easy on the eyes. Does this mean I’m actually recommending you see this film? Nahhh, I wouldn’t do that to you, I don’t wanna get death threats from people that paid good money to see this mess on my recommendation. But I will say that if you have a spare dime or three in your pocket, and you’ve already seen Wonder Woman 3 or 4 times – you might wanna dip your toes in the mercury and check this one out. It ain’t great, it ain’t even good, but it is entertaining in a WTF kinda way.

And, believe it or not, sometimes that’s just enough for me.

Deleted and Extended Scenes
Cruise & Kurtzman: A Conversation Rooted in Reality – Tom Cruise and Alex Kurtzman discuss the making of The Mummy.
Rooted in Reality – Filmmakers and cast reveal how they broke away from old tropes and traditions to create a dynamic and realistic 21st century monster movie.
Life in Zero-G: Creating the Plane Crash – Watch Tom Cruise, Annabelle Wallis, and the crew shoot the incredible plane sequence.
Meet Ahmanet – Sofia Boutella shares the excitement of reinventing a monster icon.
Cruise in Action – A behind-the-scenes look at Tom Cruise’s most memorable Mummy stunts.
Becoming Jekyll and Hyde – Find out how the casting of Russell Crowe brought a bold new dimension to the roles of Jekyll and Hyde.
Choreographed Chaos – Watch as cast and filmmakers create an epic outdoors clash between ancient and modern worlds.
Nick Morton: In Search of a Soul – Tom Cruise describes what drew him to play a man seemingly without a soul.
Ahmanet Reborn Animated Graphic Novel – Witness Ahmanet’s descent into the monstrous underworld as she is reborn into the Goddess of Chaos and Wrath.
Feature Commentary with director and producer Alex Kurtzman, and cast members Sofia Boutella, Annabelle Wallis and Jake Johnson

The Mummy is now available on bluray per Universal